By Jack Elsom For Mailonline

Hardline Remain activist Gina Miller has vowed to take the government to court if the next prime minister tries to ram through a No Deal Brexit by proroguing Parliament.

In a veiled threat to Tory leadership frontrunner Boris Johnson – who has refused to rule out sidestepping MPs to pursue a No Deal departure – the anti-Brexit campaigner said prorogation would be an extraordinary ‘abuse of power’.

Ms Miller told Sky News: ‘I have never been a fan of Brexit… but that is completely separate, completely different, from defending the central pillar of our constitution.

‘We think that it’s beyond the prime minister’s powers because parliamentary sovereignty is actually the jewel in the constitutional crown.’

In the wake of the 2016 referendum, Ms Miller won a Supreme Court battle which forced the government to secure the approval of Parliament before triggering Article 50. 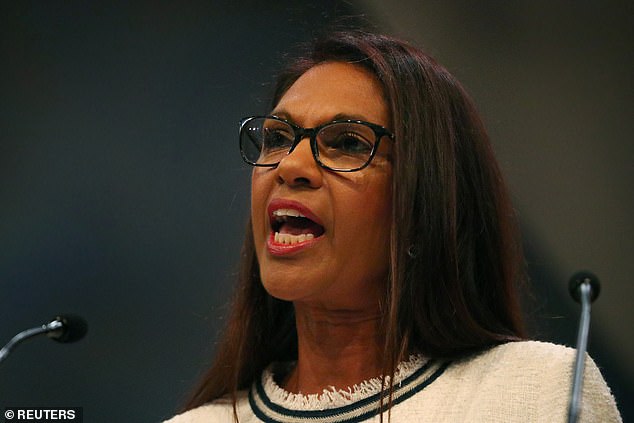