Vargas was coming off a twelve round unanimous decision over Franklin Manzanilla in February. Vargas was down in the second found of that fight.

And Kameda fought in Japan back in November, when he won a twelve round decision over Abigail Medina to win the WBC interim-title at 122-pounds. Coming in, Kameda had won five fights in a row since losing back to back decisions to Jamie McDonnell at bantamweight.

Vargas and Kameda had previously fought when they were very young amateurs – with Vargas winning a dominant decision in the unpaid ranks. 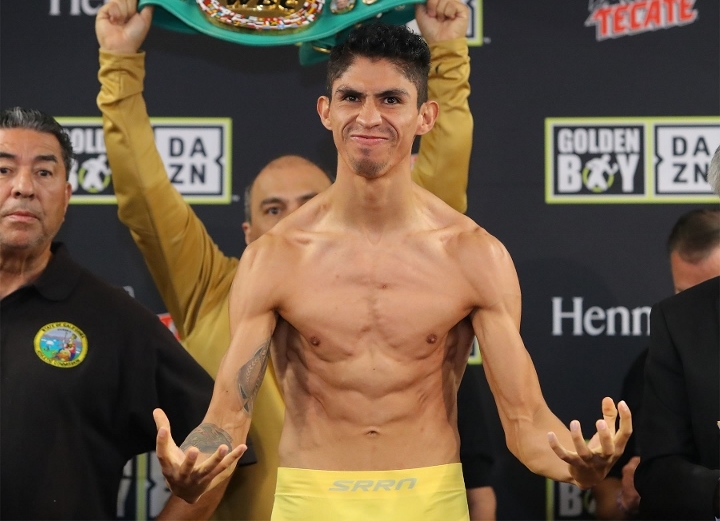 The fight got off to a fast start. Kameda was much faster with his hands and feet. He landed solid right hands that Vargas felt. Vargas was trying to use the jab and wanted to keep the fight at distance to set up bigger punches.

The second round was close, with Kameda landing the flashier punches and Vargas being very active with both hands. Vargas did better in the third, with his long punches and jab.

Kameda had the edge in the fourth, with some solid head shots. Vargas had a better fifth, with consistent punching and jabbing. He was also able to avoid the right hands of Kameda. The sixth was another close round, where both boxers did solid work in a tactical fight.

Vargas’ jab and his combinations controlled the seventh round. Kameda applied a lot more pressure in the eight, as he was looking to get inside and good shots. In the ninth, Kameda was getting outworked by the busier Vargas.

In the tenth, Vargas continued to showcase his workrate, and he was able to avoid most of the big shots from Kameda. The jab continued to pester Kameda in the eleventh, and he was having issues getting inside with hard shots.

During the twelfth, Kameda lost a point for unsportsmanlike conduct, when he hit Vargas as the referee was breaking them up. Kameda was doing most of punching, with Vargas sensing that he was well ahead on the cards and looking to run out the clock.