A British hill has been voted the most popular climb in the world for cyclists – beating the French Alps.

Box Hill in Surrey has been rated the best on the planet for bikers to scale, way ahead of some of the mountains included in the Tour de France.

The area of the National Trust site voted for by cyclists is called the Zig Zag, which stretches for one and a half miles and has a five per cent incline, rising 436ft above the ground. 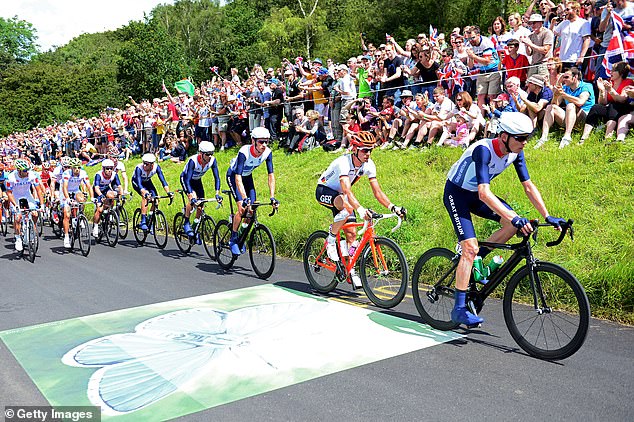 Box Hill in Surrey has been rated the best climb on the planet for bikers to scale. British cycling star Bradley Wiggins is pictured third from the front with David Millar (fourth), Ian Stannard fifth and Mark Cavendish (sixth) during the Men’s Road Race cycling during the 2012 London Olmypics 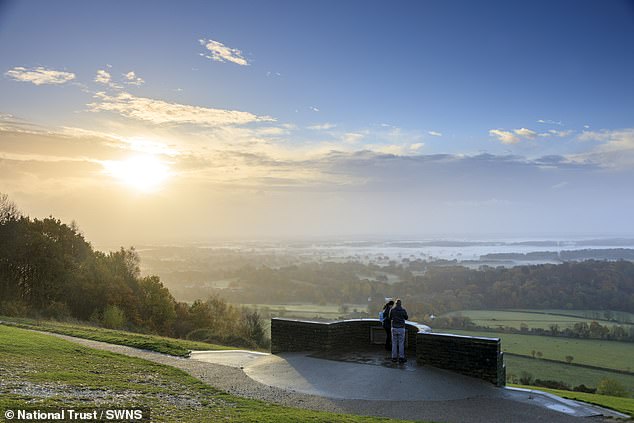 The rankings come from Strava, an exercise app launched in 2009 to track running and cycling routes across the planet.

The fastest climb up the Zig Zag is an eye-watering four minutes 37 seconds at an average speed of 20mph.

Box Hill is steeped in history with spectators lining the road for cycling events since the 1890s.

It is considered an area of outstanding natural beauty and is rich in stunning scenery and wildlife.

It was also a scenic spot for Victorian day-trippers escaping the smoggy air of inner city London. 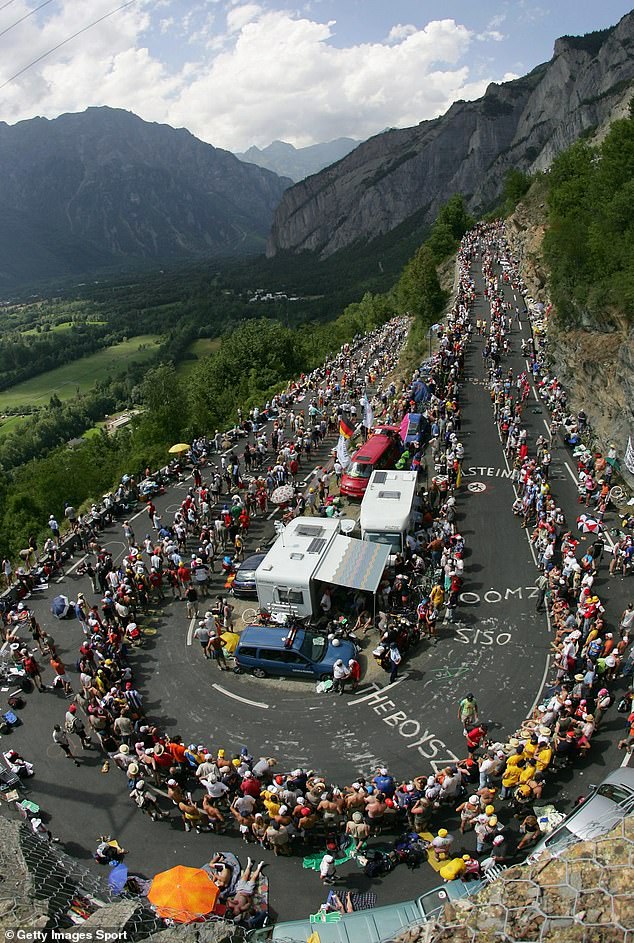 Box Hill was voted for by 103,000 cyclists, coming way above Alpe d’Huez in the French Alps (pictured during the Tour de France)

The National Trust has looked after Box Hill since 1914 – caring for its rare chalkland habitats for wildlife and public viewpoints.

Mark Cavendish MBE, a Manx professional road racing cyclist, who currently rides for UCI WorldTeam Team Dimension Data, said of the route: ‘Wowzers, it gets heavy after a while. Relentless roads.’

‘Who’d have thought that Box Hill would be more popular than some of the great Tour de France climbs like Alpe d’Huez?

Strava: The cycling app that splits the MAMILs from the herd

Strava is a fitness and social networking app that launched in San Francisco, California in 2009.

It uses GPS data to track and log cycling and running routes across the globe and can be used for free from any mobile device.

There is also a paid-for version called Strava Summit, which offers additional features.

More than eight million activities are logged every day, with founders claiming they bring in one million new users every 45 days.

Publicly-shared activities can be given ‘kudos’ by other users who can like or leave comments on a particular route or attempt.

Strava has a Trophy system in the form of periodic challenges that require completing either a running or cycling activity within a certain range of distance or elevation.

Each activity has its own trophy badge shown in the Strava Trophy case and limited rewards if the Challenge is held by Strava partners.

‘Beautiful natural and historic places matter – for our spirit, our well-being and our relationships – whether it’s to take in the scenery on a bike ride or a walk.

‘As a conservation charity we look after Box Hill and much of the Surrey Hills, for the benefit of wildlife and the benefit it brings to people.

‘Everyone is welcome, for the breath-taking views, great walks, amazing nature, picnics or fun and games on the Donkey Green.’

In July 2012, the London Olympics took Box Hill to another level of cycling fame when it hosted part of the 155-mile long road cycling races.

Watched by 15,000 spectators on site and by a global audience of two million, the route and its surrounding areas instantly became synonymous with road cycling.

Gareth Mills, UK country manager of Strava, said: ‘Box Hill has been an iconic cycling destination for over a century and Strava members have embraced the challenge it presents to amateurs and professionals alike – as Greg LeMond said, it doesn’t get easier, you just get faster.

‘One of the many beautiful locations cycling in the UK has to offer, Box Hill will always have a place in the public’s heart following the 2012 Olympics.

‘As the most popular climb in the world on Strava, it’s definitely the place to see how you shape up against your friends – or simply to take in the scenery and feel great about making it to the top.’ 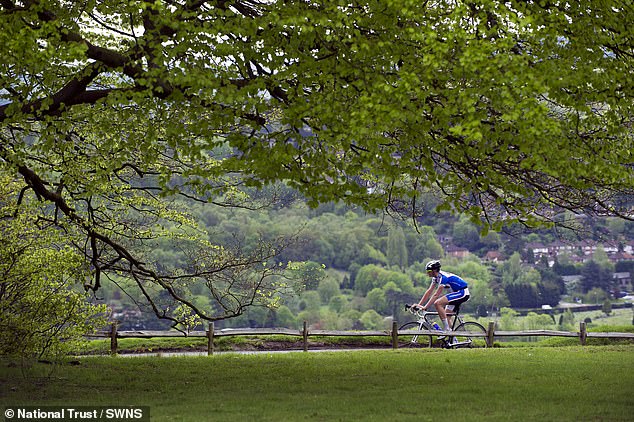 Pictured: Box Hill is a popular spot with amateur and professional cyclists

The 10 Best Prebiotic Foods for Any Diet

The Most Vegan and Vegetarian-Friendly Cities in the U.S.