By Amie Gordon For Mailonline

George Michael’s former lover has been arrested by police after ‘standing on the roof’ of the singer’s £5million London mansion.

Police and the fire brigade raced to the property after Fadi Fawaz was reportedly seen ‘topless’ on the late star’s home in Regent’s Park yesterday evening – just days after allegedly smashing the windows of the property.

The 46-year-old former celebrity hairdresser was arrested on suspicion of aggravated criminal damage and taken away in a police van. He remains in custody.

Police said the home had suffered ‘extensive’ damage and had to enlist the help of firefighters to clear up leaking water. 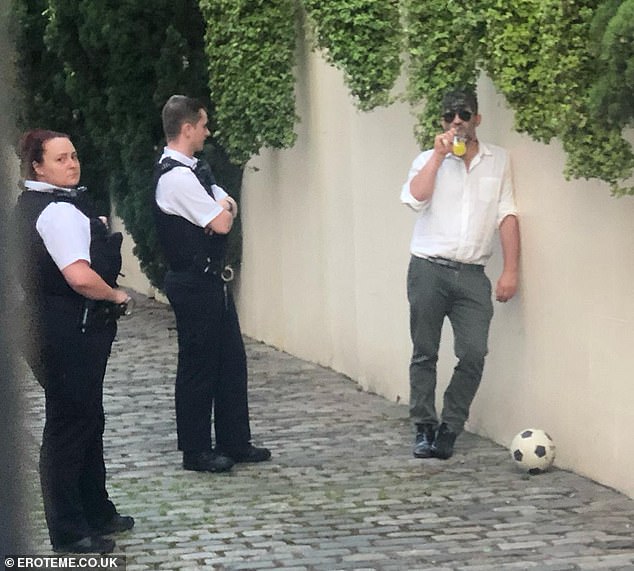 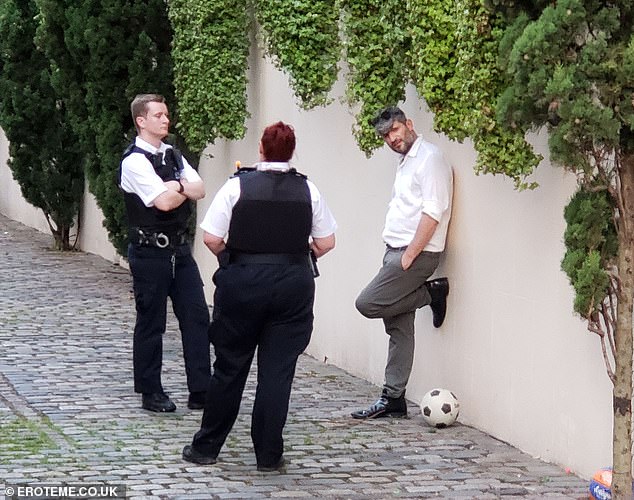 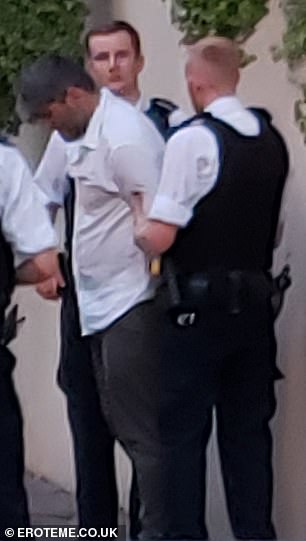 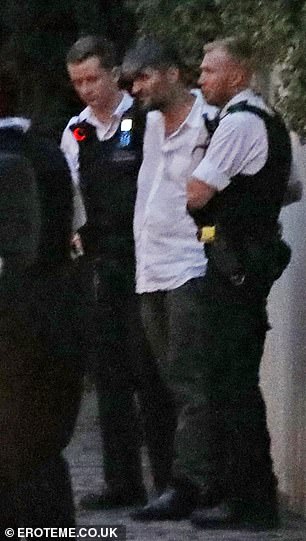 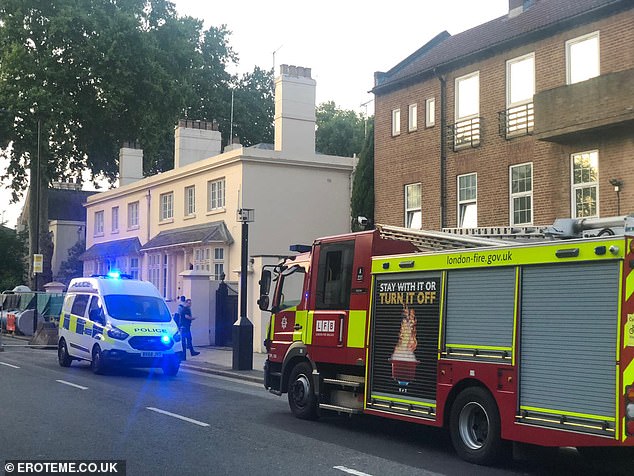 Police and firefighters were called to the scene around 7pm yesterday evening. Police said the property had suffered ‘extensive damage’

The spokesman added: ‘The man has been arrested on suspicion of aggravated criminal damage. He has been taken into custody at a north London police station.’

A spokesman for London Fire Bridge confirmed firefighters were called to the property at 8.24pm and helped clear up the leaking water.

Fawaz has been squatting at George’s home since he died on Christmas Day at his home in Goring-on-Thames, Oxfordshire, aged 53.

Just days ago he was seen smoking a cigarette on the balcony of the property after allegedly ‘going berserk’ and smashing a window. 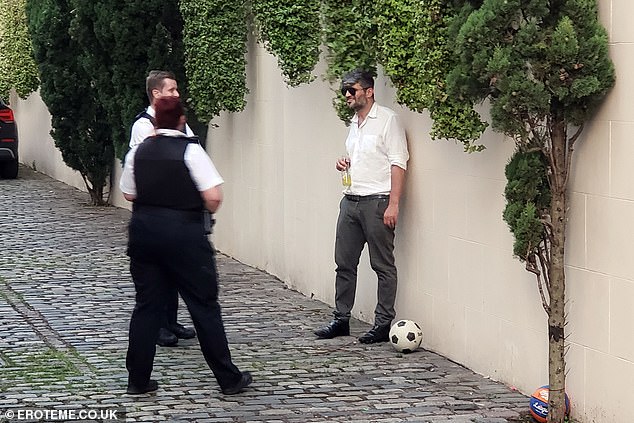 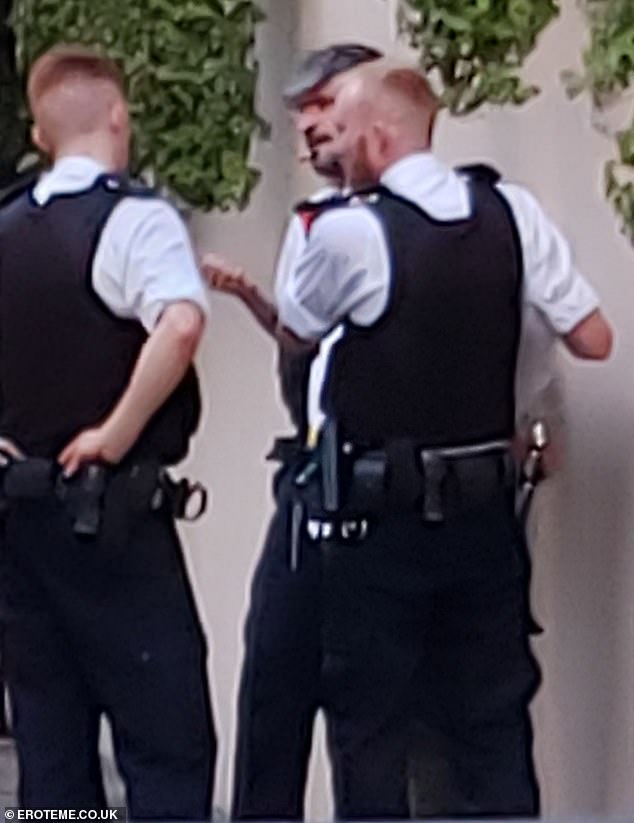 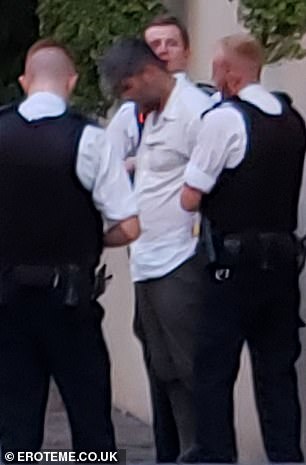 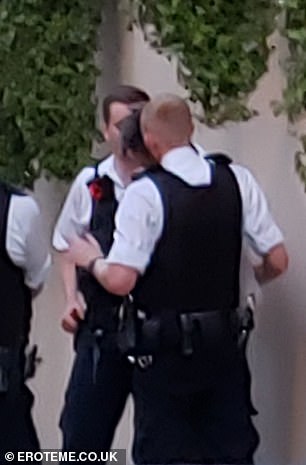 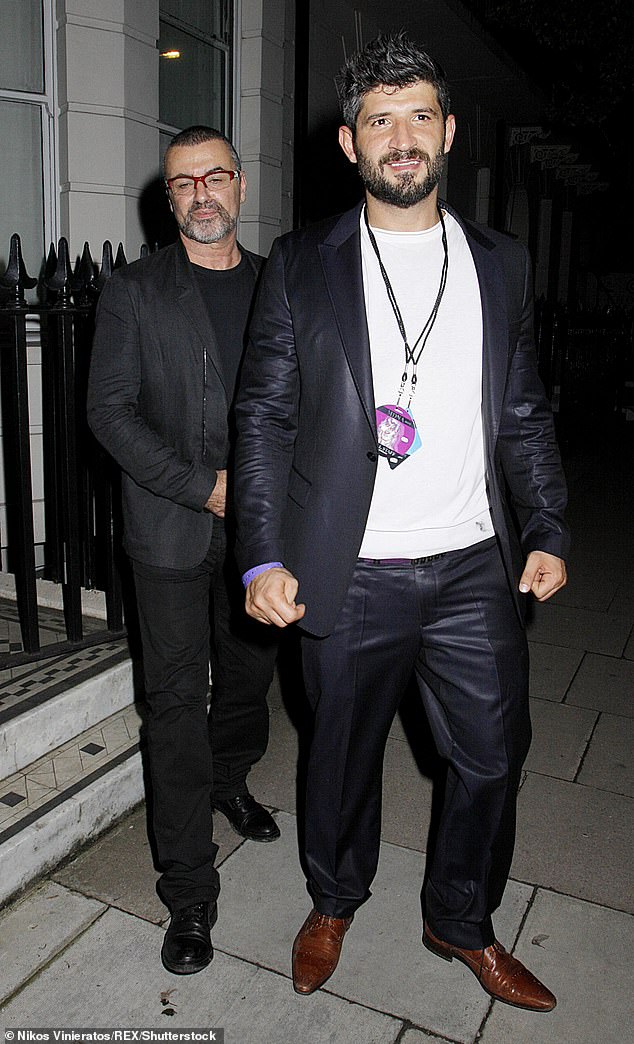 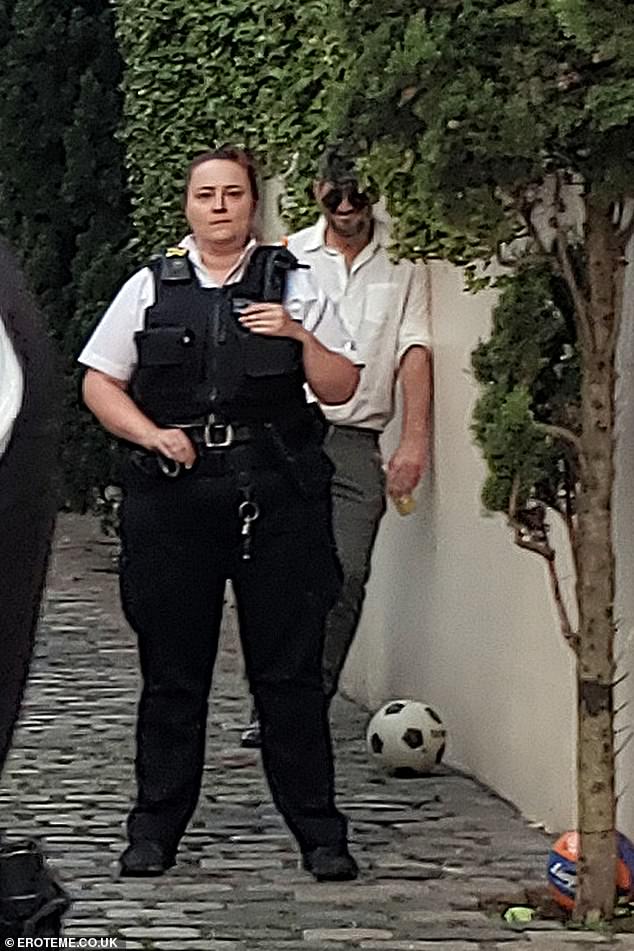 When contacted and asked about the damage on July 13, Fawaz said he was ‘renovating’ the property.

George’s family are understood to be stepping up legal proceedings to have Mr Fawaz, who was left nothing in the singer’s £96.7million will, removed from the house.

The panes were damaged when Mr Fawaz went ‘beserk’ and ‘smashed at least nine windows and fan lights’, according to a builder working in the area at the time.

Court paperwork from May 30 shows that his estate can now be divided, two years on from his death.

His sister Yioda will decide which friends receive what parts of the will, it states.

Former bandmate Andrew Ridgeley was not gifted anything in the will, but his ex-girlfriend and former Wham! backing singer Shirlie Kemp received a share of the fortune.

His long-term partner Kenny Goss, and on-off Australian boyfriend Fadi Fawaz are not mentioned in the will.

Fawaz dated George from 2012 until his death, and was the one to discover his body.