A nine-year-old girl has been taken to hospital after she was charged by a bison in Yellowstone National Park.

The unidentified girl was thrown into the air after the gigantic creature ran at her during a visit to the park in Wyoming, USA.

The girl was standing quite close to the bison with a group of others in the Old Faithful Geyser area of the national park when she was struck and catapulted into the air.

The National Park Service then confirmed the incident in a statement released on Tuesday.

The whole thing was caught on camera by 18-year-old Hailey Dayton, who was visiting Yellowstone with her family. 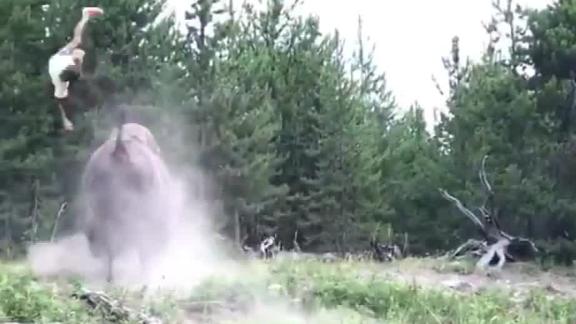 The unidentified nine-year-old was charged by a bison. Credit: Twitter/Hailey Dayton

She told NBC News: “My brother and I were looking at the hot springs, and we saw a bunch of people running down the path to the bridge. We saw through the trees some people petting the bison, super close.”

According to the National Parks Service statement, the group which reportedly consisted of around 50 to 60 people, stood close to the beast for around 20 minutes, ‘causing the bison to charge’.

The statement did not go into detail about how the group provoked the bison into charging and subsequently injuring the young girl.

Dayton went on to say that she was filming the bison grazing when she inadvertently captured the attack on the girl.

She continued: “Because it was agitated by all the people and noise, it just kind of attacked.

“After that, everyone was screaming. There were a bunch of kids crying.” 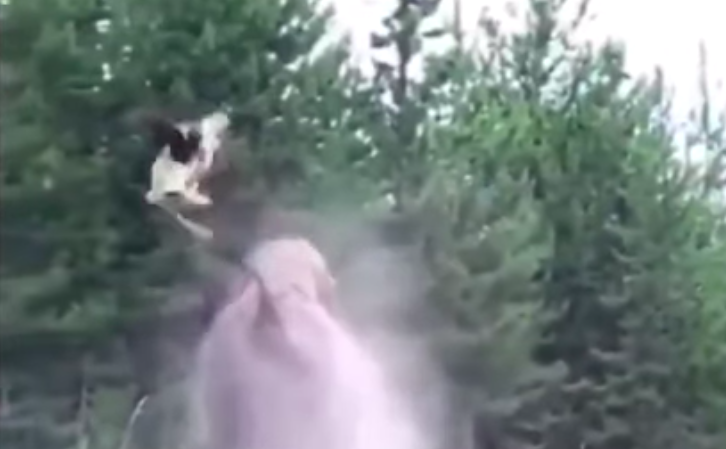 The Park Service confirmed that the girl has been released from hospital. Credit: Twitter/Hailey Dayton

According to the park’s statement, the girl was ‘assessed and treated by a park emergency medical providers, and later taken to and released from the Old Faithful Clinic’.

They didn’t reveal the extent of the girl’s injuries in their statement, but did confirm the incident is under investigation and that no citations were issued.

The National Parks Service also reminded all visitors to the park to keep their distance from the wild animals at Yellowstone.

They said that visitors should maintain a distance of 25 yards from bison, elk, deer and moose. 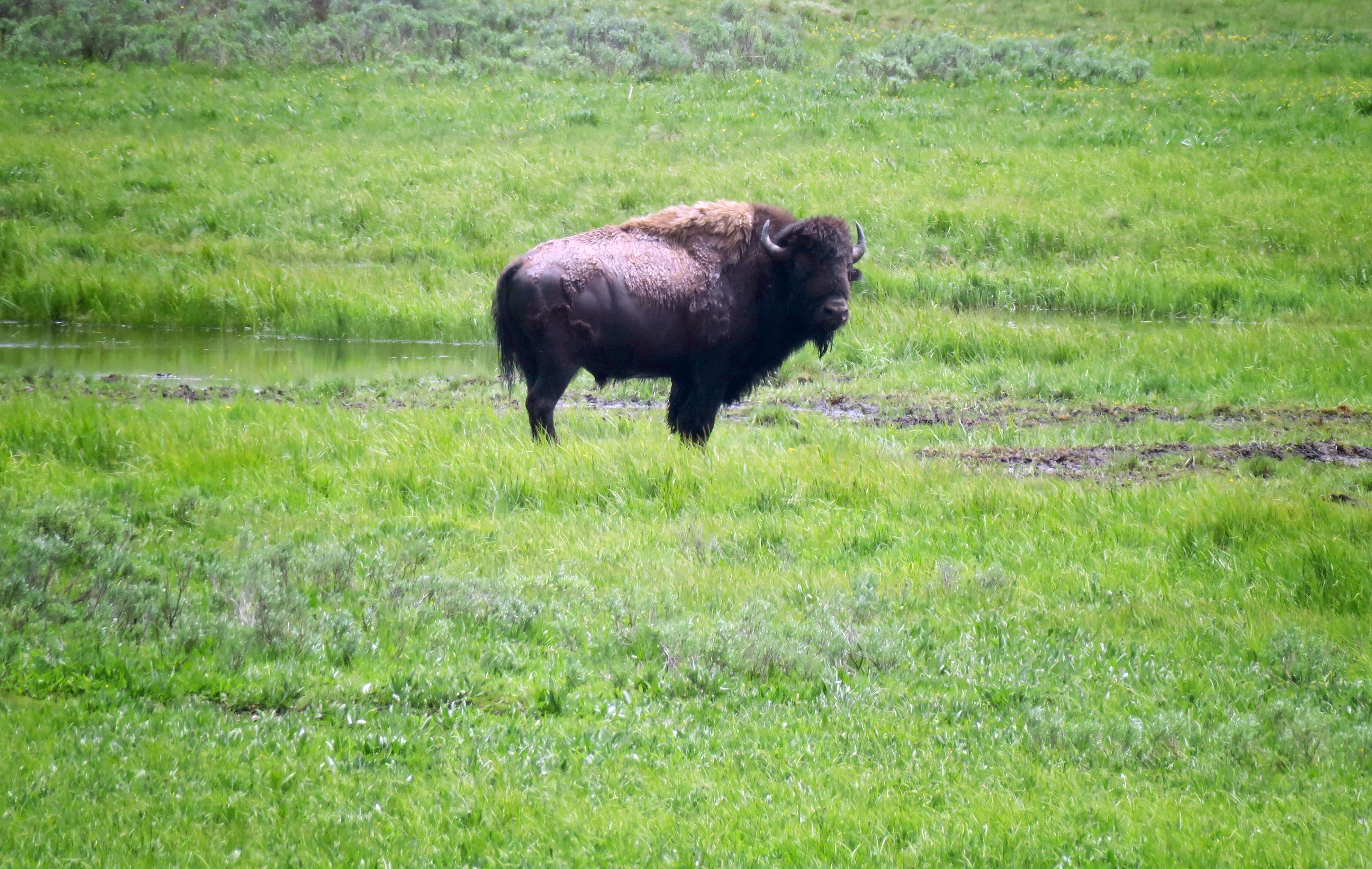 Visitors to Yellowstone are advised to maintain a distance of 25 yards from bison. Credit: PA

In fact, it’s probably a great idea to just give all the wild animals a wide berth. For their sake and yours.

Yellowstone is home to many wild animals including bears, wolves, and – obviously – bison. It is a popular tourist destination for the famous geothermal springs caused by the park being located on a volcanic hotspot.