By James Billot For Mailonline

This is the shocking moment skateboard-riding hooligans steal a customer’s drive-thru order while their friends cheered them on.

Footage shows the young males – dressed in all black – fleeing on their skateboards after snatching a takeaway bag from an unsuspecting McDonald’s employee.

They ignore the incessant honking of the driver behind and continue skating away.

The video opens with the errant teen lying in wait as a McDonald’s employee passes a takeaway bag out the window for the waiting customer.

The hooligan then swoops in on his skateboard and yanks it from his grasp.

As he escapes with the stolen bag, a friend wearing a black beanie clambers over the fence to join him.

The brazen act is met with cheers from his mates – and possibly partners in crime – who captured the stunt on a mobile phone.

The irate driver immediately blasts his horn and chases after the duo, but they show no sign of slowing down as they glide around the Eltham Road McDonald’s in South London. 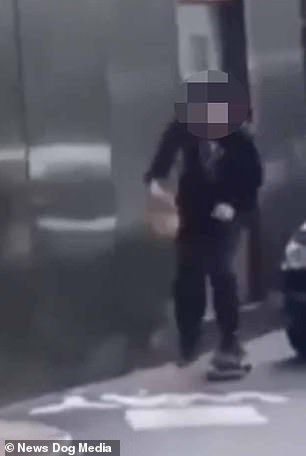 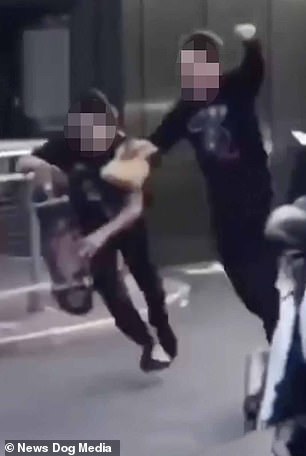 As the employee passes the bag out of the window, the young male swoops in on a skateboard to yank it from his grasp

The footage – which was recorded by one of the teen thief’s co-conspirators – was posted online but has since been taken down.

Some users were appalled by the theft while others were impressed by the teen’s moves.

@alex_zdo121 wrote ‘Imagine being that broke you need to rob mcdonalds. F*cking chavs’ 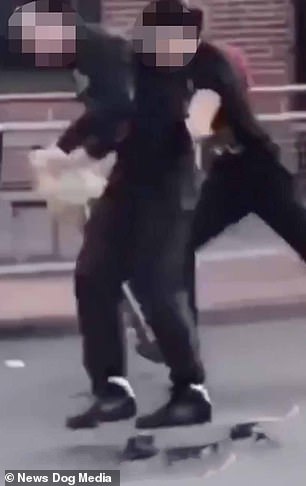 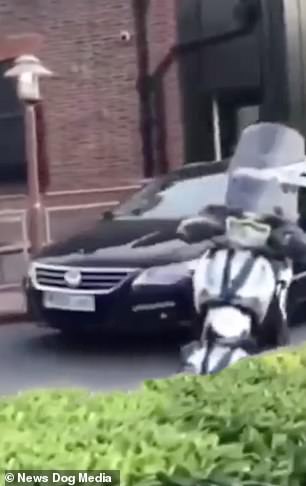 Whilst @tsqueezo exclaimed ‘That’s so weird and funny’ and @teeskengz called likened the skilful robbery to a ‘Gta 5 heist’.

Earlier this year, another McDonald’s in Eltham was forced to closed three times in one day due to youths reportedly disrupting the peace.

A spokesman for Metropolitan Police said to MyLondon: ‘Police were called to a commercial premises at Eltham High Street to reports of a male who is banned from the venue returning and refusing to leave.

‘Officers attended twice. On both occasions the male had already left the venue.’

The Metropolitan Police have been contacted for comment over the skateboarding incident.