Britain may not be famed for its haute cuisine, but if there is one thing we know how to do, it’s a decent fry-up.

At least, that’s what you would think. However, bosses at Tesco have been forced to apologise to one customer who ordered two meals from a store in Glasgow but really wished she hadn’t.

When she went up to collect her food, she was given two eggs, a sausage, two rashers of bacon, a hash brown and some toast. There were no beans or tomatoes, as were advertised.

Taking to Facebook to share her disgust, Claire Thomson told the supermarket giant to ‘hang their heads in shame’ and shared a photo of a pretty depressing looking plate of food.

She wrote in the post: “Absolutely ridiculous to class this as a full all day breakfast. £4.30 each for this. Tesco in Shettleston, hang your heads in shame.” 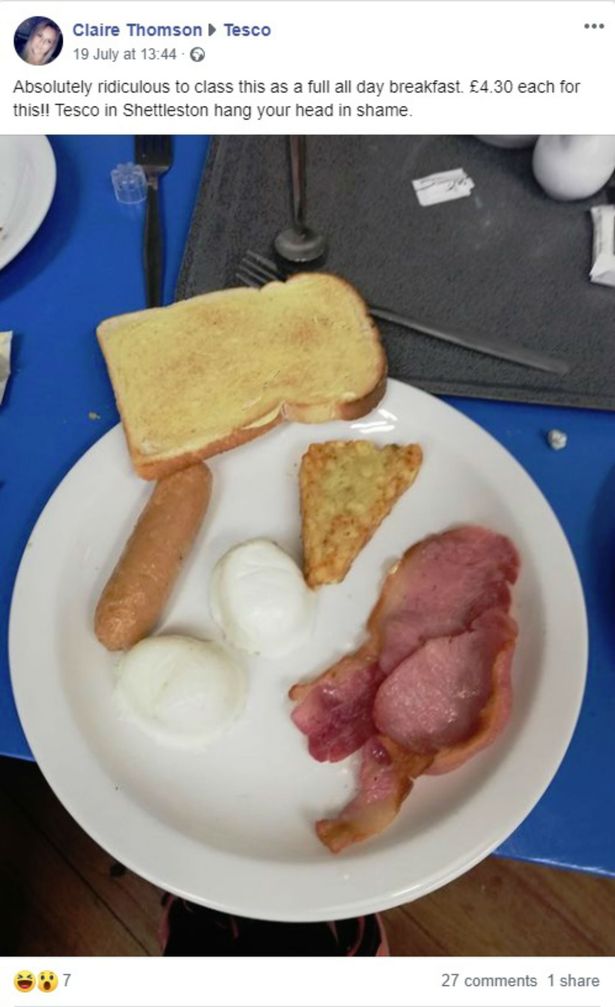 Claire was very disappointed with her fry-up. Credit: Deadline News

Claire said a member of staff even felt sorry for her, saying it ‘doesn’t look much, does it?’

Commenting on her post, one person wrote: “You would get a better breakfast in prison.”

And while Claire did say staff tried to offer her some extra portions, she really didn’t understand how it happened.

She later added: “I did complain then and there and was offered an extra sausage. How you can run out of breakfast items when you work in a supermarket is beyond me.

“The lady who brought the plate out to us actually apologised and said herself ‘it doesn’t look much does it?’ 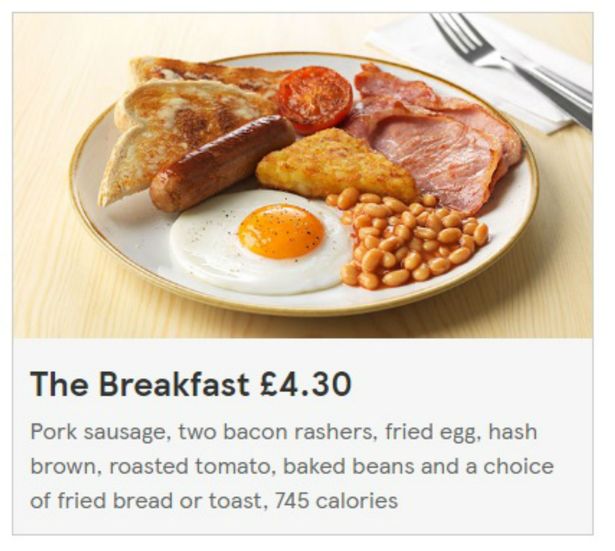 How the meal should have looked. Credit: Deadline News

“She then came again and apologised after I complained to the cafe manager. She also pointed out the manager was new and was still finding his feet.

“I was offered a refund after I complained but my mum had already started eating as she was hungry, so I turned it down.

“I was letting management know that this is happening in their cafe.”

A spokesman for Tesco has now apologised to Claire for messing up her breakfast.

“We are pleased that the customer has accepted our apology and a gesture of goodwill, and we look forward to welcoming them back into the store soon.”