Pictured: British pilot killed along with his passenger in collision between two light aircraft over the French Alps – after occupants of second plane managed to land and survive

By Peter Allen and Bridie Pearson-jones For Mailonline

Two British citizens including an 18-year-old died today when the light plane they were travelling in collided with another UK-registered plane in the south of France.

Andrew Buck, 37, has been named as the pilot that died.

‘Gut wrenching news this morning that our son Andrew Buck of Seaham Harbour has died in a light aircraft in the French Alps.

‘Oh god, how do Dianne and me carry on. Love you son’ his father Les wrote on Facebook. 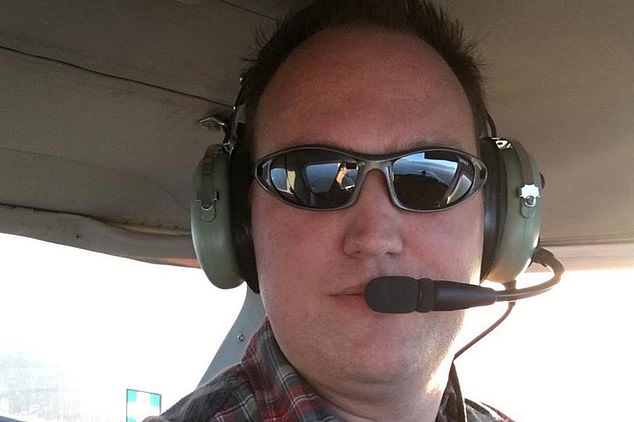 Andrew Buck, 37, has been named as the pilot that died 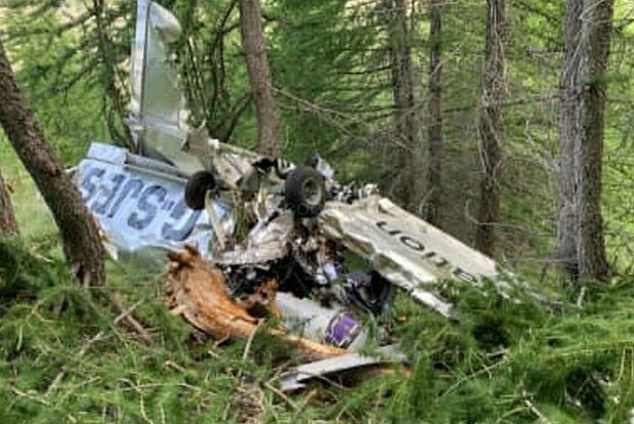 He had started a new job as an Air Ambulance Dispatch Operator in Darlington in April.

Mr Buck called himself as a private pilot on his Instagram.

The horrific collision took place at around 12.45pm over the high mountain Maddalena Pass, on the Alpine border with Italy.

Pictures from the scene showed the mangled wreckage of one of the planes that had landed in a wood.

‘There were two British citizens on board, one aged 18 and the other 37,’ said an investigating source.

‘The pilot of the second aircraft was also British and managed to land nearby, and is still alive,’ the source added, saying the crash scene was at 2775m (9104ft) altitude.

There was only a pilot aboard the second plane, which crashed near a disused gun battery by the village of Val d’Oronaye.

The source said that the surviving pilot was said to be ‘in good health, and not badly injured at all’. No other details about any of the victims have yet been released.

Both planes, which were registered in England, had taken off from the Barcelonnette Saint-Pons aerodrome nearby. 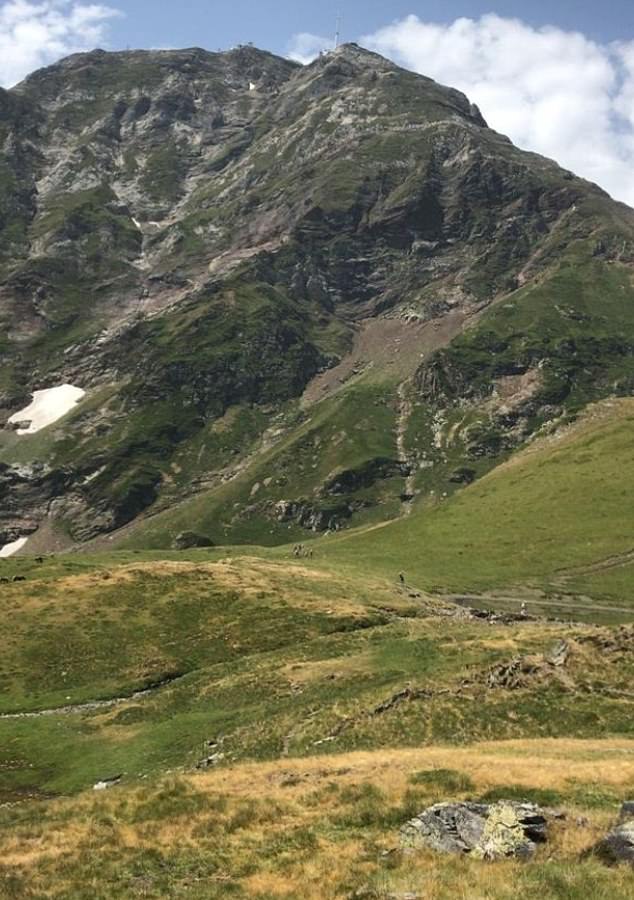 There were three people in total involved in the accident, which happened near a disused gun battery by the village of Val d’Oronaye

Rescue helicopters were immediately scrambled to the scene, along with fire fighters and police units.

The investigation to determine the causes of the accident was entrusted to the air transport research section of the local military police.

One crashed plane belonged to Purple Aviation, a British company based at Eashott Airfield in Northumberland.

The letters G-SJES were clearly identifiable on the wreckage, along with some of the Purple Aviation logo.

The company describes itself as being ‘one of the leading providers of gift experiences and flight training in the North East.’ 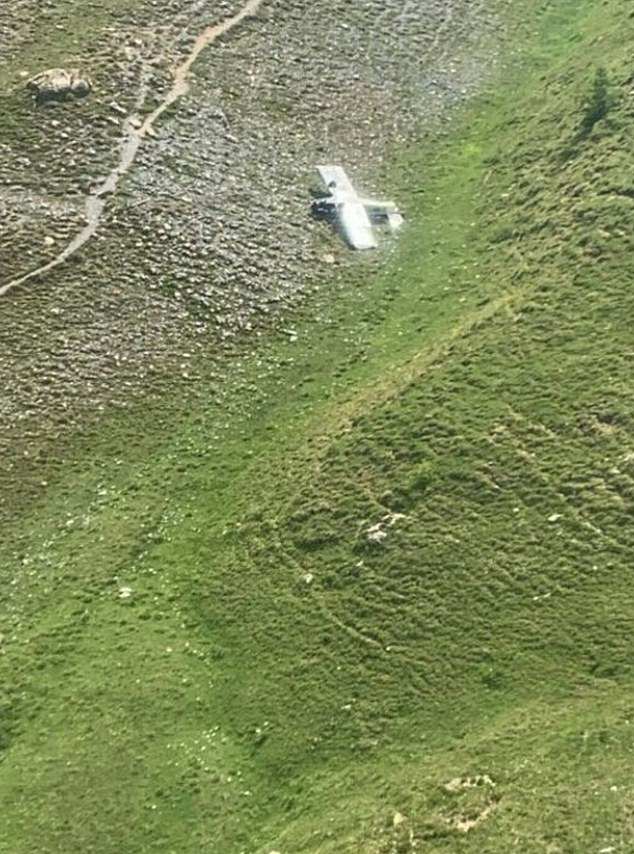 The crashed plane in which two people died was identified locally as one belonging to Purple Aviation, a British company based at Eashott Airfield in Northumberland

Its sales literature adds: ‘We offer pilot training courses for both light aircraft & microlights with the PPL(A), LAPL(A) & NPPL(M), along with hour building packages & revalidations.

Purple Aviation is the longest established pilot training and flight experience provider in the Newcastle and North East area. Take a look at our reviews and book a flight experience voucher or trial flying lesson today!’

Call to the company on Wednesday afternoon were going unanswered.

Phil Tufnell had to be talked out of throwing himself off balcony
Over to you, Boris: Johnson sweeps into Buckingham Palace to become PM