Paul Hollywood has been dumped by his girlfriend Summer Monteys-Fullam after he reportedly asked her to sign a legal gagging order.

The Great British Bake Off star, 53, gave the barmaid, 24, a non-disclosure agreement which banned her from talking about their relationship, according of The Sun.

Sources say the pair are ‘over for good’ – just days after Paul finalised his bitter divorce with his ex-wife of 21 years Alexandra. 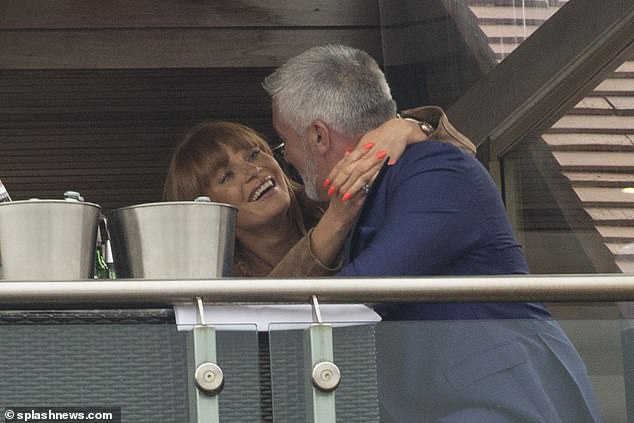 A source told the publication: ‘Paul told Summer she needed to sign the NDA and that it was no big deal.

‘Summer flat-out said no. In the days that followed Paul got his lawyers to call Summer on her mobile to try and get her to sign it.’

Summer, who is 29 years younger than Paul, has reportedly moved out of his £1million mansion and is said to be left furious over his ‘controlling behavior’, according to reports.

The non-disclosure agreement (NDA) would reportedly have stopped Summer from discussing personal details of their relationship, including their sex lives and his wealth, with her family and friends.

Summer is said to have moved her belongings out of the home they shared and into her mum’s in nearby Ickham, Kent

The Bake Off judge reportedly ‘hit the roof’ after she refused to sign the NDA and ‘blocked her on social media’.

A source told the publication: ‘Paul was really angry when she told him it was over. He clearly did not see it coming. She said she had been building towards this and that there was no future for them.’

Summer is said to have moved her belongings out of the home they shared and into her mum’s house in nearby Ickham, Kent, according to the publication. 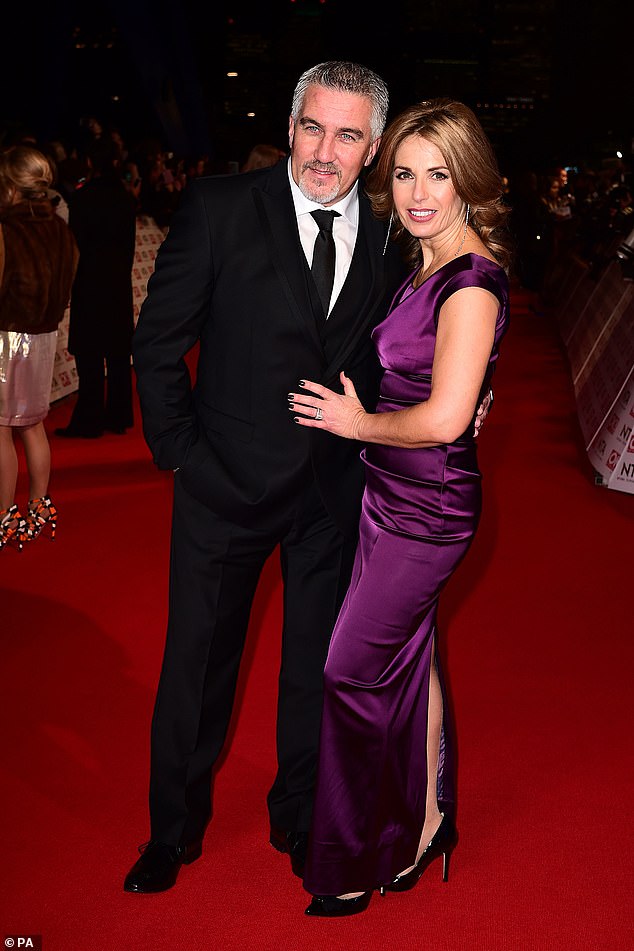 In the NDA seen by The Sun, Summer would be banned from telling friends and family ‘any information (whether true or false)’.

And the barmaid, who dated Paul for two years, would have been permitted from telling her loved ones that the gagging order even existed.

A clause in the NDA, seen by the publication, read: ‘Neither PH nor SMF will reveal or disclose to any third party the fact and/or existence of this Deed and/or its terms and/or anything disclosed . . . ‘.

It comes days after Paul split with ex-wife of 21 years following ‘nasty’ proceedings as he resisted her demands for half of his fortune.

Last week, a judge granted the Hollywoods a decree nisi after their split in November 2017. But the decree absolute to end the marriage altogether will have to await a financial settlement. 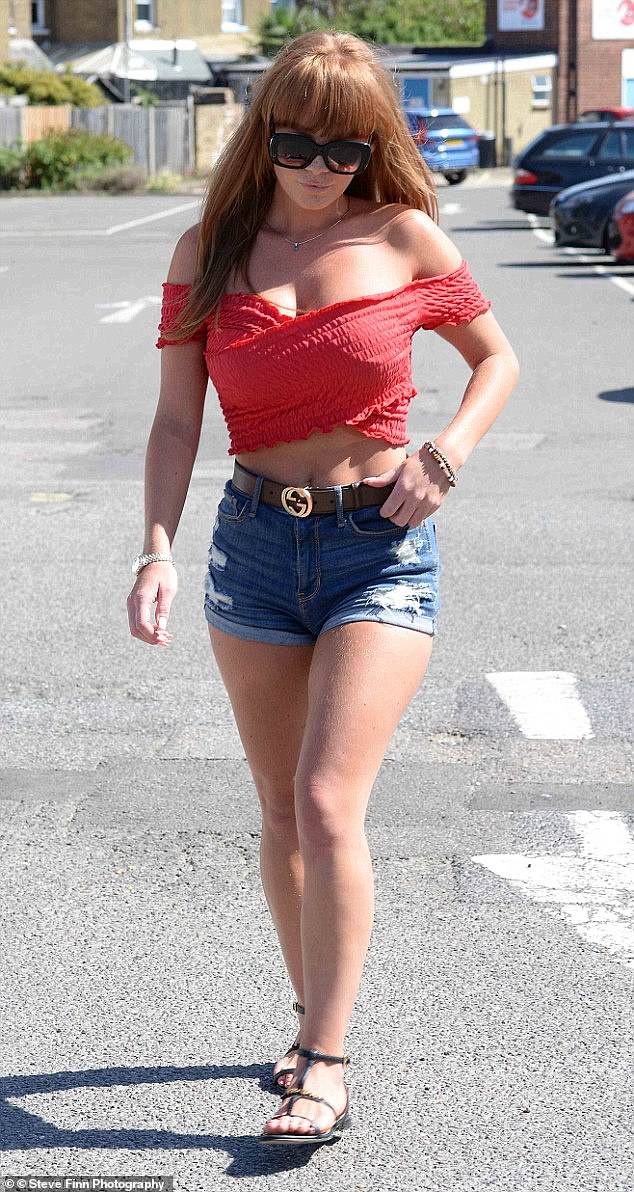 Paul first met Summer while organising a birthday party for his Alex at his local pub, the Duke William, in Ickham, Kent, where she worked

It is understood that Alex wants half of the star’s cash after she accused him of ‘adultery’ in papers submitted to the Central Family Court in London.

A source close to the family said: ‘This is more like months rather than weeks off now, Paul isn’t prepared to give Alex the reasonable sum that she is entitled to at this stage.

‘She had hoped it would be straightforward but it is now far from that. It’s really sad that it is getting this nasty, everyone wants to move on now – nobody more than Summer.’

It was reported that the couple received mediation over how to divide their assets but that failed, meaning that now their wealth will come under closer scrutiny. 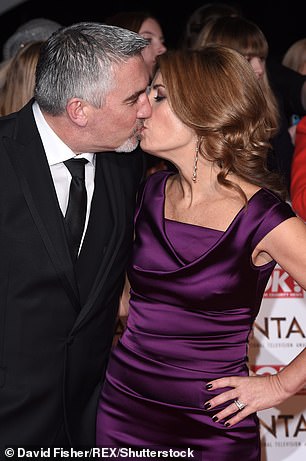 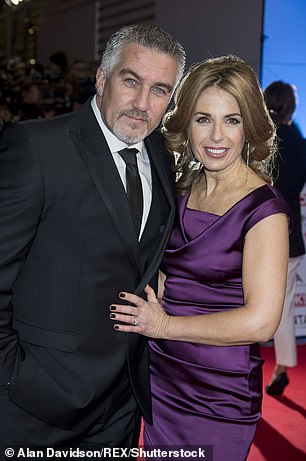 Last week, a judge granted the Hollywoods a decree nisi after their split in November 2017. But the decree absolute to end the marriage altogether will have to await a financial settlement

On Friday, District Judge Robert Duddridge ruled that Alex found it ‘intolerable’ to live with her husband.

The couple first separated in 2013 after Paul admitted having an affair with Marcela Valladolid, an American chef 12 years his junior, when they starred together on US television.

Amid claims that the proceedings are ‘getting nasty,’ Summer recently posted a cryptic message warning people not to underestimate her.

Taking to her Instagram Stories, she shared text that said: ‘A single lie discovered is enough to create doubt in every truth expressed’.

She quickly shared another which read: ‘Don’t underestimate me. I know more than I say, think more than I speak and notice more than you realise.’

It comes following a report that Alex was furious her estranged husband had invited Summer into the Great British Break Off tent. 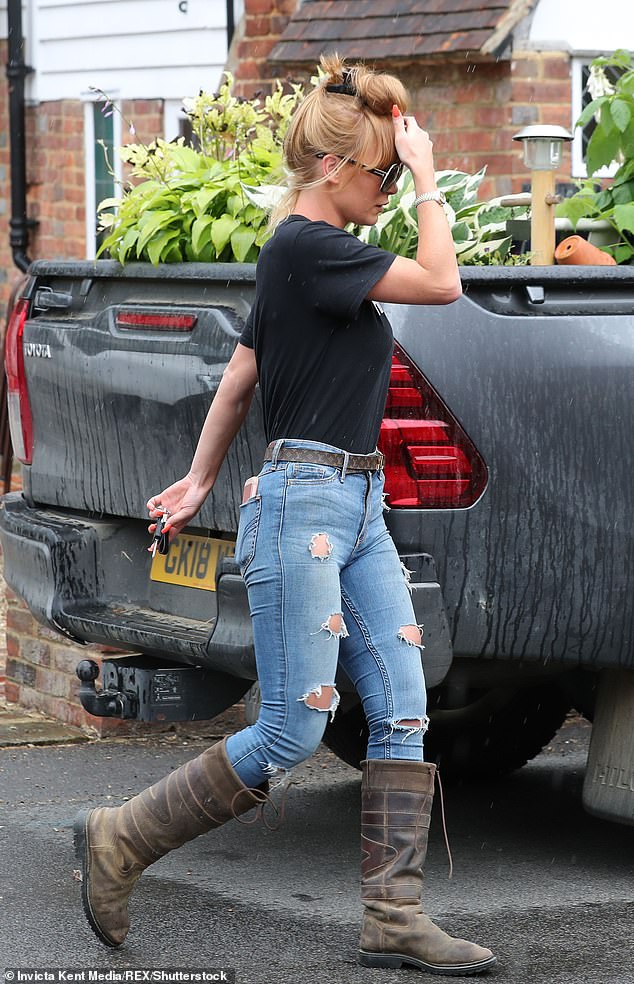 Amid claims that the proceedings are ‘getting nasty,’ Summer recently posted a cryptic message warning people not to underestimate her

A source from the Channel 4 show told The Sun that the TV star opted against inviting his own family to filming for the show in favour of his new partner and her mum.

The source said: ‘Paul has traditionally invited his nearest and dearest to the set. Some of his family members have grown close to co-judge Prue Leith as well as cast and crew.

‘But this year, Paul chose to take Summer and Sabina. To say it’s ruffled a few feathers is an understatement.’

It comes as The Mail On Sunday reported that a final agreement between the estranged couple is ‘a long way off.’ 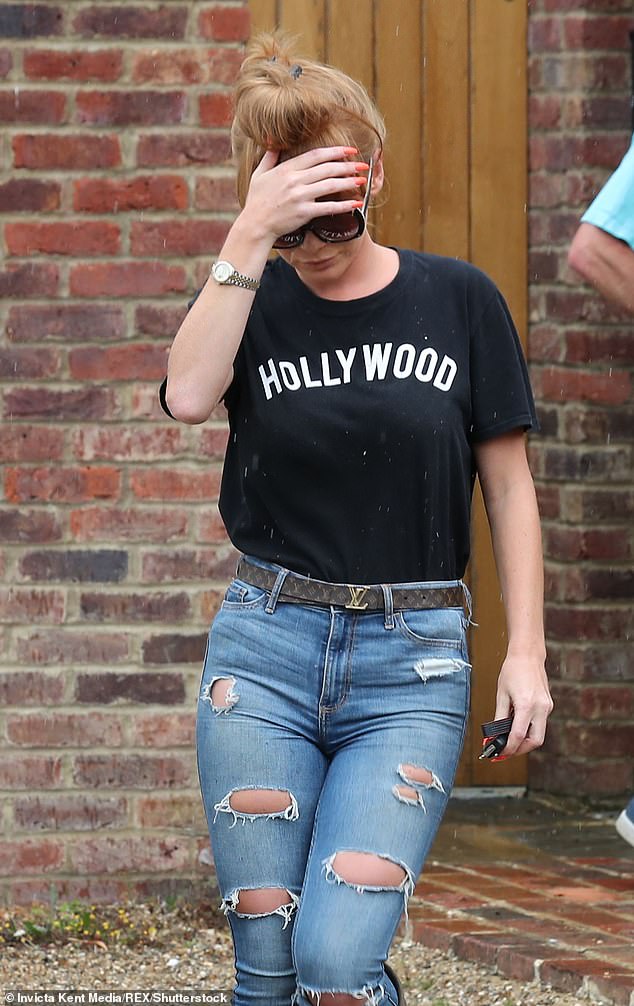 Summer, who met Paul in 2017, has reportedly moved out of his £1million mansion and is said to be left furious over his ‘controlling behavior

Paul first met Summer while organising a birthday party for his Alex at his local pub, the Duke William, in Ickham, Kent, where she worked.

The pair went public with their romance in the same month his split with his wife was confirmed.

In their whirlwind two years of dating, Paul gifted Summer a £9,000 hot tub for her birthday, while earlier this year he treated her to a £9,000 ring and £1,000 Rottweiler puppy, Bear.

The loved-up couple have also jetted off on luxurious holidays to Mauritius and the Swiss Alps.

He showered his younger lover with lavish gifts, hiring a £330-a-head private box at Chester Races, which was kitted out with £80 champagne, according to The Sun.