The New York-based chain long worked to give its locations a similar look, feel and inventory, but readers shunned the stores in recent years.

Mr. Daunt plans to reinvigorate the U.S. book giant by applying a playbook that has worked well in the U.K.: Giving individual stores the autonomy to buy and promote books they bet will resonate with the local clientele.

“Barnes & Noble is what Waterstones used to be. They run identical bookshops up and down the country,” said Mr. Daunt. “You should do what you want; there are no restrictions on what books you stock, how you display them, what you promote. Each bookshop is quite individual.”

The 55-year-old Briton, who led Waterstones out of a difficult period earlier this decade and will remain its CEO, is widely respected in the book industry.

“His sensibilities about our business are excellent and I think Barnes & Noble having him attempting to turn the ship around is as good news as anyone could have asked for,” said Oren Teicher, head of the American Booksellers Association.

But Barnes & Noble has twice as many stores as Waterstones. Many are larger and in less desirable locations, like suburban strip malls rather than busy shopping streets.

“Barnes & Noble stores are too big to be filled with assortments of local relevance and be economically viable,” said Mark Cohen, director of retail studies at Columbia Business School.

The new CEO, who will relocate to New York, will have to woo Americans who are reading less. The percentage of U.S. adults who said they had read a book in any format over the past 12 months dropped to 74% last year from 79% in 2011, according to Pew Research Center.

Mr. Daunt—who started his career as an investment banker—opened his first bookstore in London in 1990, at the age of 26. He named it Daunt Books and opened a further eight stores, all of which exist today and remain independent.

In 2011, Mr. Daunt was hired to stem sliding sales at Waterstones by Russian billionaire Alexander Mamut who bought the British chain for £53 million from HMV Group PLC.

Revenue deteriorated for three more years, hurt by competition from

’s Kindle. Mr. Daunt decentralized decision making and refurbished stores. He closed the head office, and moved some managers to space above the flagship store in London’s Piccadilly Circus and others to regional locations close to clusters of stores.

What factors help you decide whether to buy a book at a local store or order it online? Join the conversation below.

Elliott, which bought Waterstones in 2018, decided to buy Barnes & Noble after Mr. Daunt convinced executives his strategy could translate to the larger chain, according to a person familiar with the matter.

The hedge fund took comfort in the stabilizing market for physical books. It plans to expand the chain’s footprint by opening smaller stores in high-traffic locations like city centers, the person said.

Mr. Daunt—who describes the U.S. as “extraordinarily underbookshopped”—says he doesn’t expect to close many stores. He will first look to renegotiate the 20% of leases that end each year to ensure stores are profitable.

Waterstones is smaller than Barnes & Noble but uses its space more efficiently. 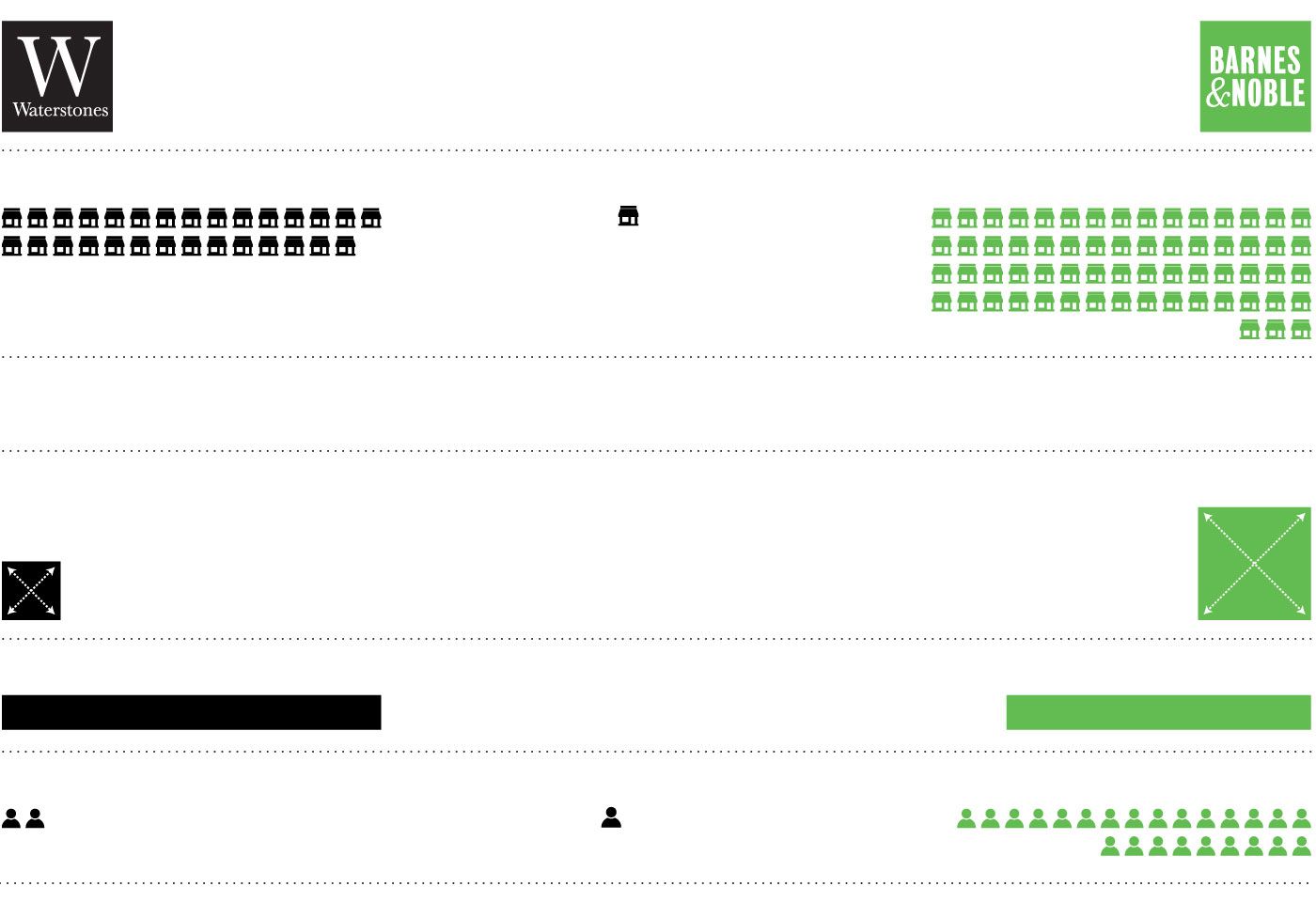 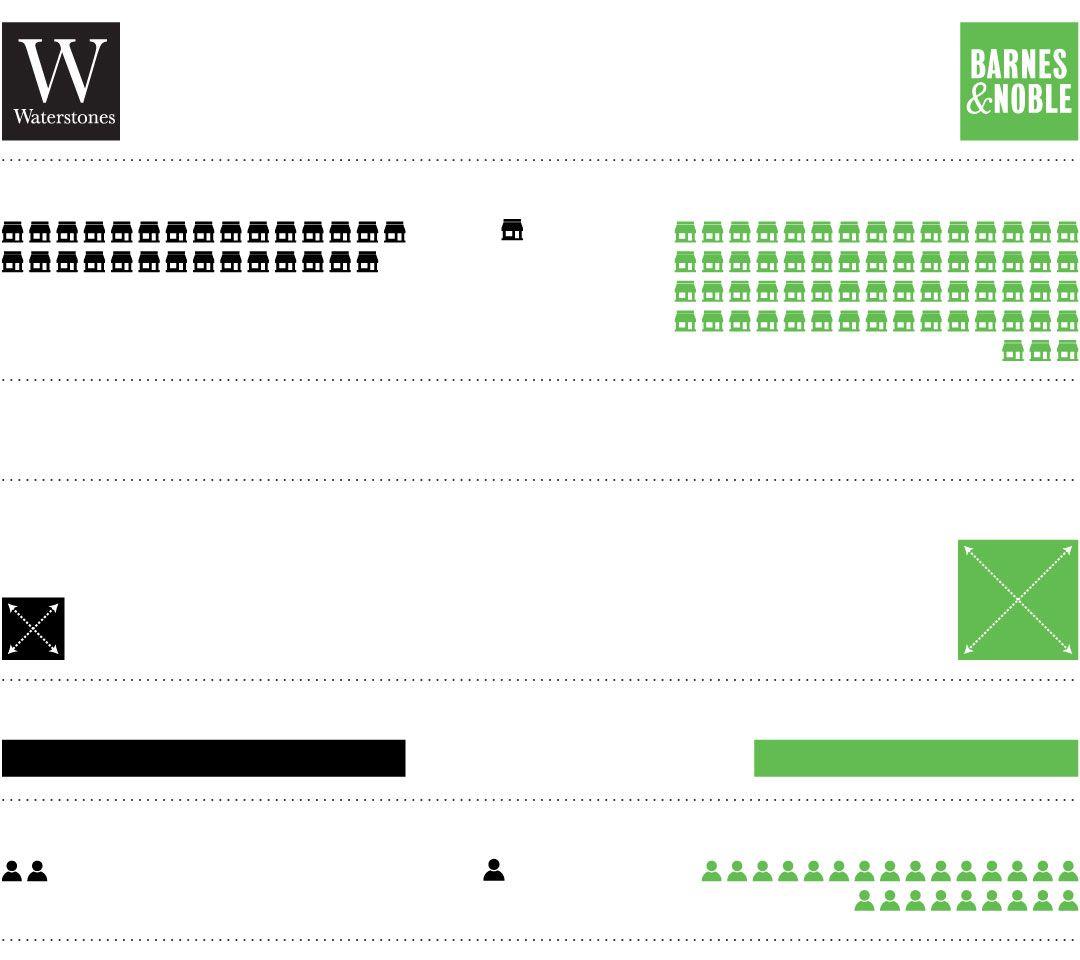 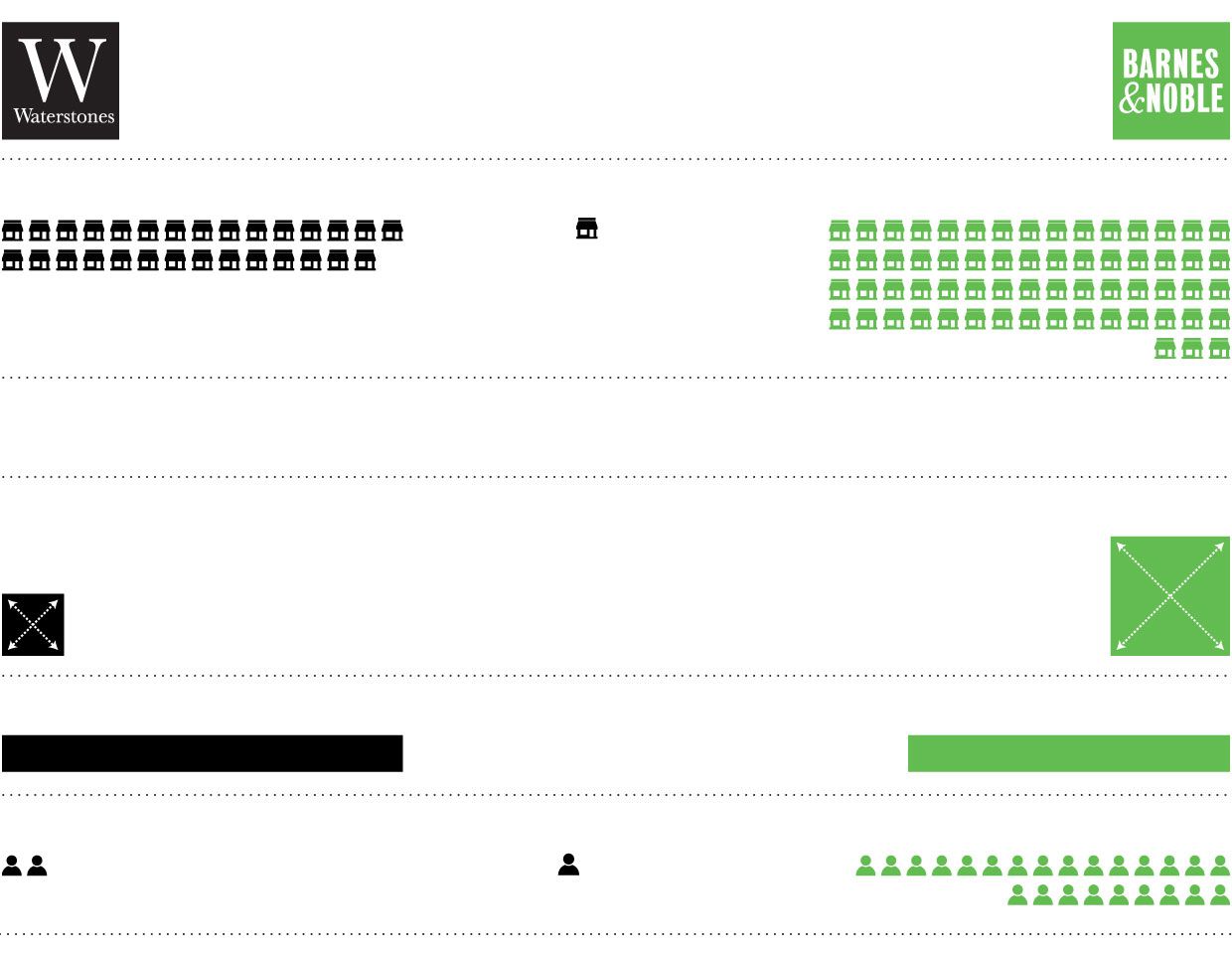 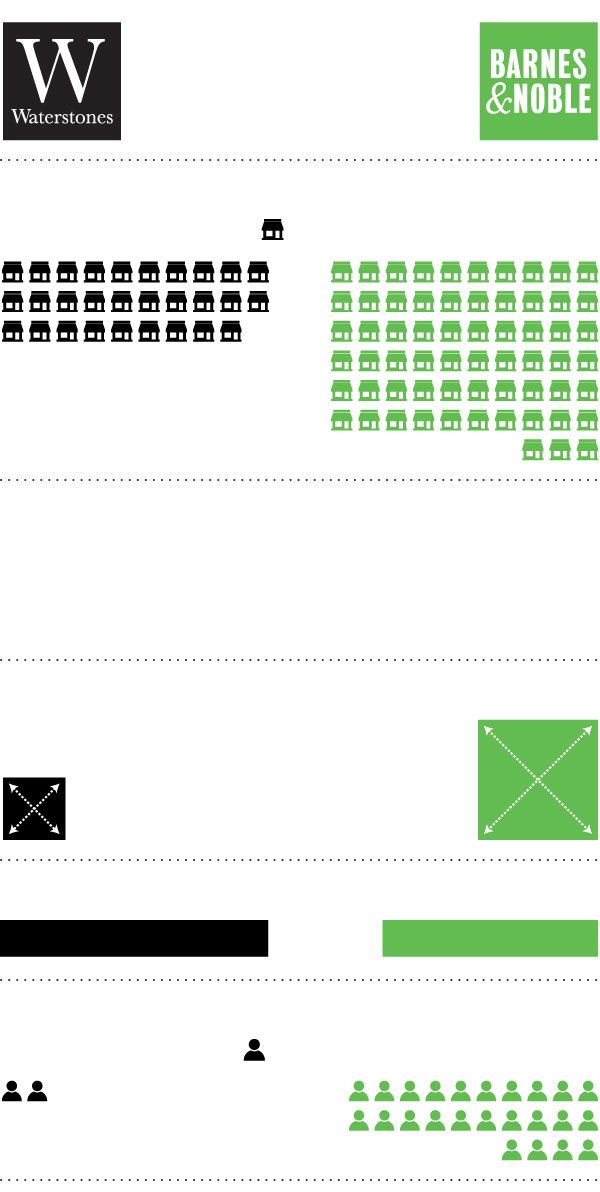 About 80% of Barnes & Noble’s books are bought and allocated by its head office, while all promotions are decided centrally, according to Mr. Daunt and publishing executives.

Publishers pay tens of thousands of dollars for chain bookstores to display their new books on promotional tables for a few weeks.

That means shoppers at a Barnes & Noble in Manhattan will see the same titles on display as visitors to a branch at a mall in Idaho Falls. Books that don’t sell are sent back to publishers.

Mr. Daunt stopped accepting placement payments from publishers for Waterstones, which he said decreased the share of books stores sent back to 3% from 25%. He is aiming for a similar reduction at Barnes & Noble.

“You need to try to put the right books in the right places and it requires you to trust the local people to make the right decisions,” he said.

At Waterstones, central buyers send stores limited copies of books they think will work at a given location but further orders are made by local buyers, with input from store staff. Stores are sent a daily compilation of reviews and upcoming media appearances, while booksellers are encouraged to trade tips with neighboring stores.

“You get lots of information but no instruction,” said Mr. Daunt. “It’s the opposite at Barnes & Noble.”

Brian Murray, CEO of HarperCollins Publishers, said American book sales are more media-driven than British ones. That, he said, could leave Barnes & Noble stores that prioritize local input vulnerable to a shortage of books for which there is national demand, sending customers into Amazon’s arms.

“James has the experience, he knows in his gut how to be a bookseller,” he said. “He has to quickly learn how the U.S. is different to the U.K. and figure out how to execute on his vision.”

On a recent morning at the Piccadilly Circus Waterstones, Europe’s largest bookstore at 50,000 square feet, a sign described books piled on a table near the cash register as “devastating masterpieces.”

Stuart Collie and other staff came up with the theme and decided what books to include. Mr. Collie proudly pointed to a table piled with William Boyd’s “Love is Blind” and another featuring “There There” by Tommy Orange, both authors he decided to promote.

“It’s a really nice feeling when a book sells because of you,” he said.

Cancel reply
Modern Warfare: The Evolution of the Aerial Dogfight
The Leaks That Threaten the Clean Image of Natural Gas