Bets placed via smartphones have rapidly brought New Jersey neck-and-neck with Nevada in the race to be the nation’s biggest sports-betting market.

Limits in other states, though, could hamper the nascent industry’s growth.

Online gamblers now account for about 80% of all legal wagers on games in New Jersey, which surpassed Nevada for the first time in May in monthly sports bets, according to figures released by the two states. New Jersey legalized sports betting last year, following a Supreme Court ruling that allowed such moves by individual states.

A state-by-state look at where sports betting is allowed or being considered. 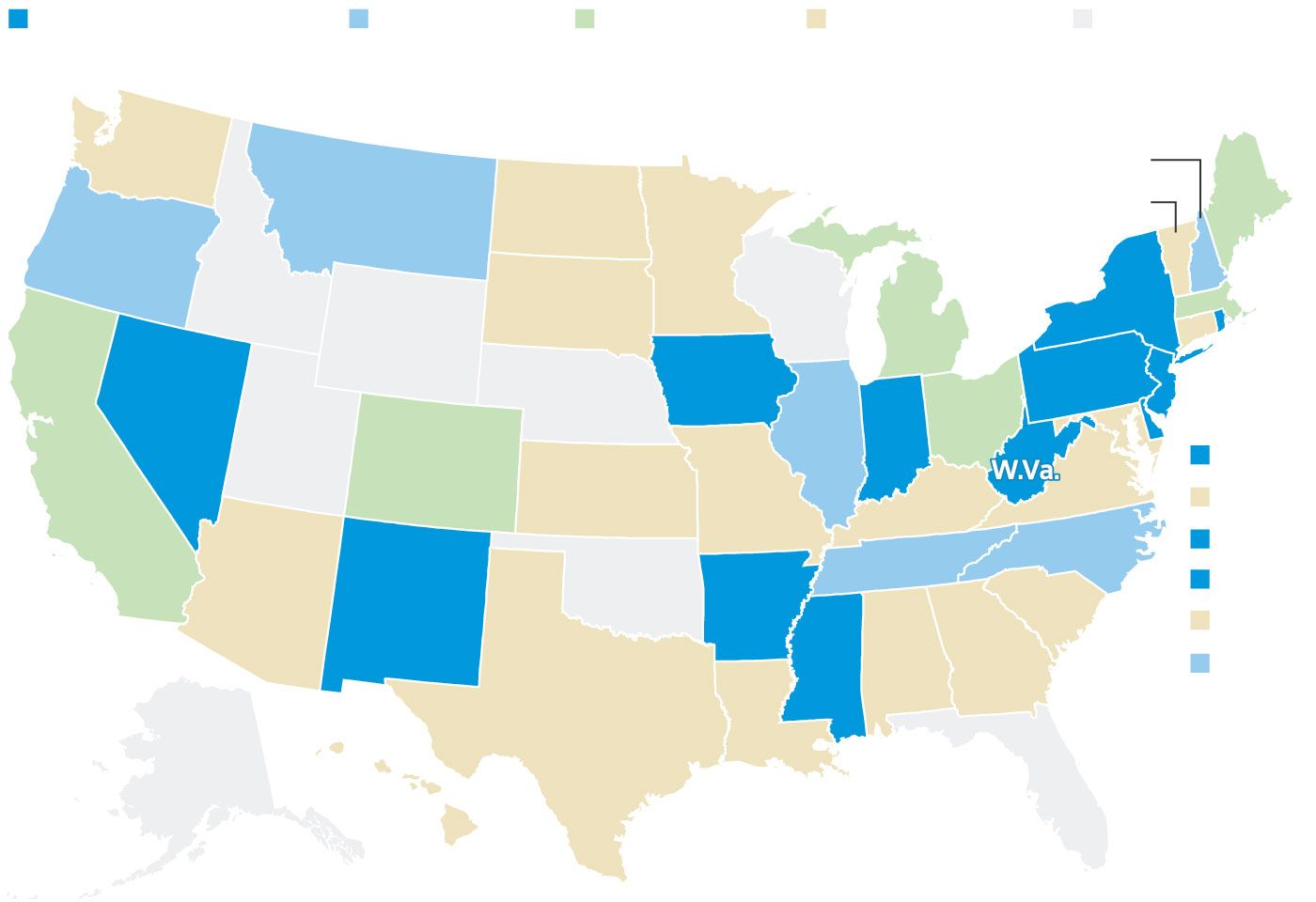 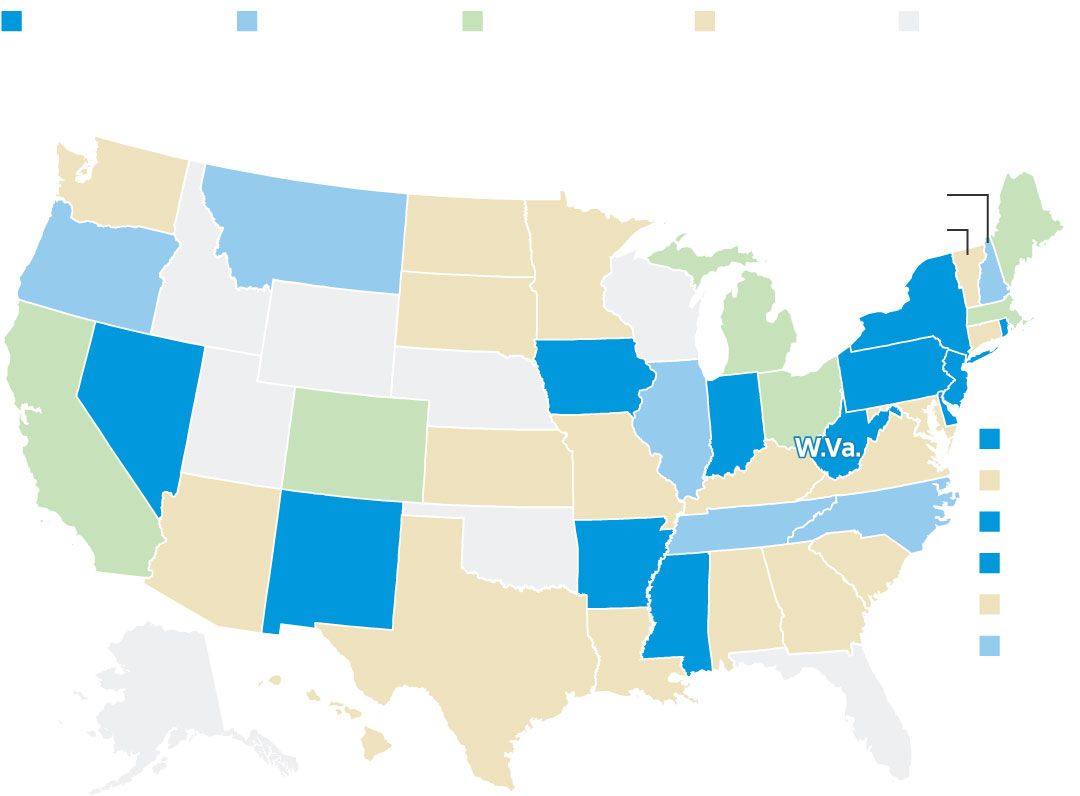 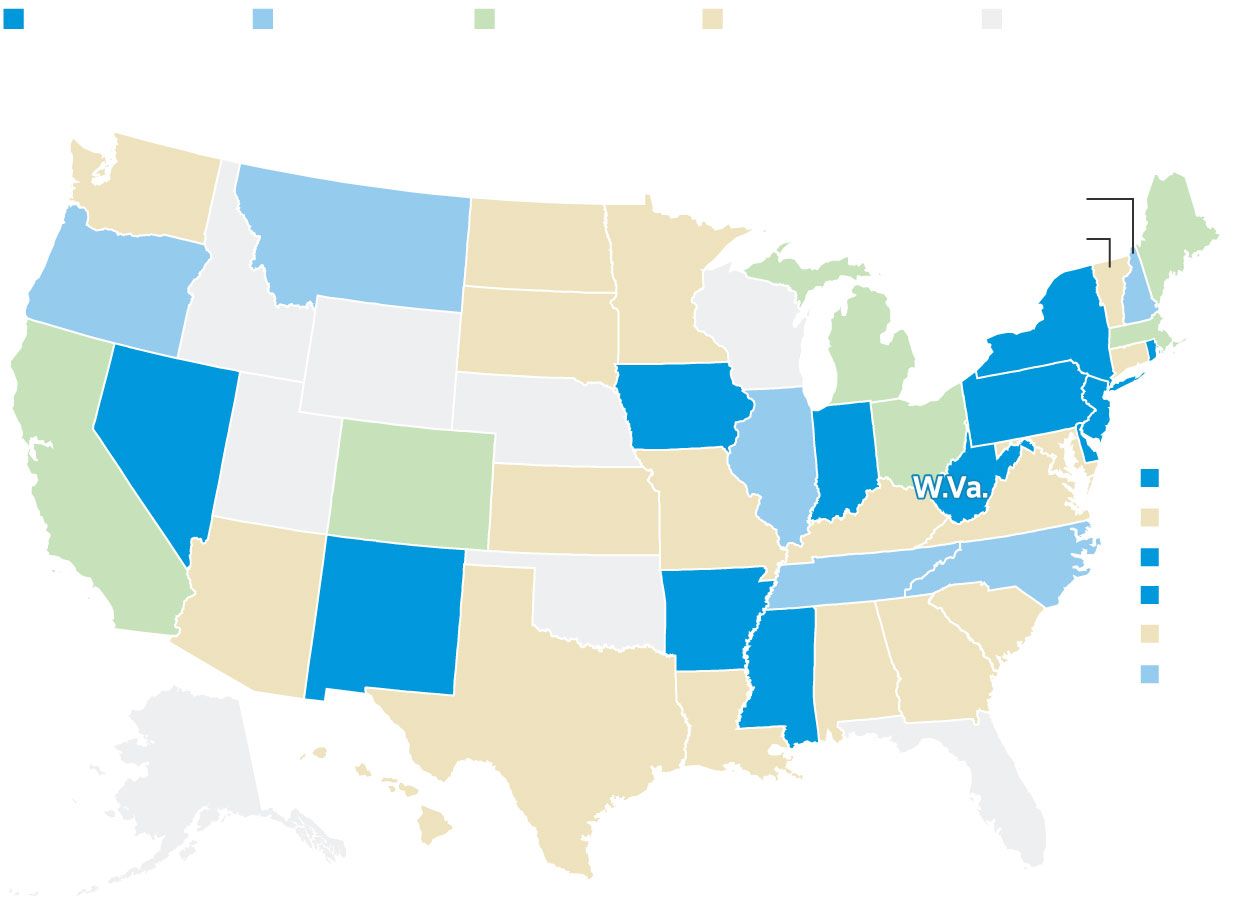 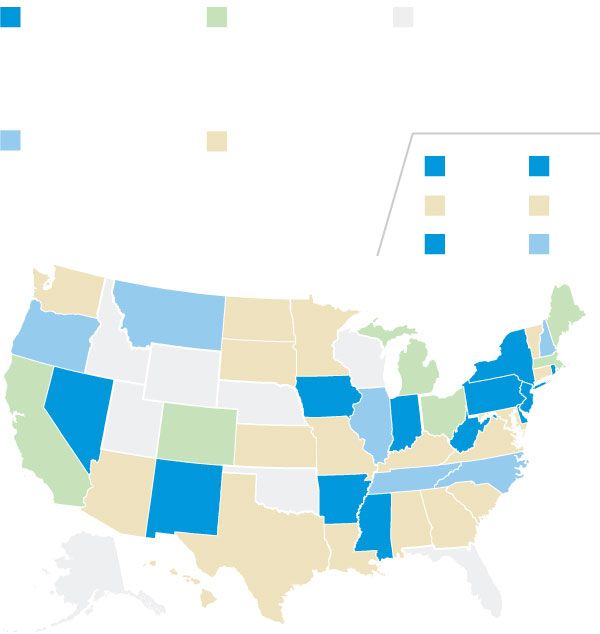 As other states have waded into sports gambling since the decision, some are limiting it to physical locations like casinos and have hesitated to go all-in for mobile betting. Many are attempting to strike a balance between online and mobile gambling versus in-person wagering at casinos and racetracks.

Some state lawmakers tout the convenience of betting on smartphones, while others are concerned that easy access could lead to an increase in problem gambling.

In Rhode Island, which launched in-person sports betting at its two casinos last year, and then expanded a few months later to mobile, legislators debated the pros and cons of the technology.

“This can be done in your basement,” said state Rep. Teresa Tanzi, a Democrat, during a floor debate on mobile betting. “This could be done while you’re sitting next to your spouse in the very same room…This is something that people are going to be able to do under the radar until it’s a major problem for them.”

countered that without mobile betting, wait times at physical locations could be prohibitive. Last November, he said, before Rhode Island began allowing mobile betting, sports gamblers at the two casinos got frustrated by long lines and sometimes missed out on bets while waiting.

“The line was out the door, around the corner,” Mr. Ruggerio, a Democrat, said.

Supporters said mobile sports betting is already widely available in the form of gray-market apps and offshore websites, and states might as well take control and tax the activity. The American Gaming Association has estimated the value of illegal bets made through neighborhood bookies and offshore sites at $150 billion annually.

More than four-fifths of the amount of money bet on sports in New Jersey in June 2019 was from online. 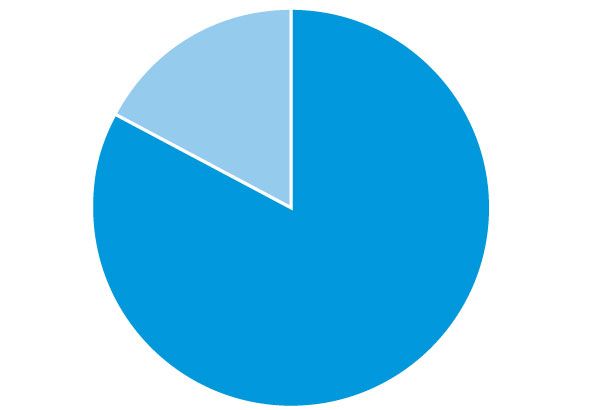 Under the Supreme Court’s ruling, each state can set up its own betting system, but bets across state lines aren’t permitted. Mobile apps can use a method known as “geofencing” to keep betting action within a state’s borders.

Twelve states currently allow sports betting of some kind, with online or mobile gambling in five of them: New Jersey, Pennsylvania, West Virginia, Iowa and Nevada. Four states limit betting to physical locations. (In the remaining three, laws permit online betting but it hasn’t launched yet.)

Measures to introduce sports betting are at various stages in numerous other states, some with more political support than others.

New Jersey sports bettors wagered a total of $3.2 billion in the first year, with $2.4 billion of that coming in through mobile phones and computers, according to state data.

The online market is dominated by DraftKings Inc. and FanDuel Inc.—rivals best known for fantasy-sports offerings that in some respects resemble betting.

“This should grow our business many times over—not double, not triple—this should turn us four or five or 10 [times] the size we are now, and those numbers depend on which states and how quickly those states adopt this,” DraftKings Chief Executive

said in an interview.

Casino operators in Atlantic City, N.J., have largely embraced sports betting, including on mobile devices, as a way to shore up revenue amid competition from new casinos sprouting up in the region.

Nevada doesn’t require casinos to break out mobile-betting revenue in their reports, but regulators estimated that last year about half of sports bets were online, a spokesman for the Nevada Gaming Control Board said.

Arkansas and Mississippi have avoided mobile betting altogether, instead allowing sports betting only in casinos. Mississippi projected the state would receive about $5 million from taxes on sports betting; the first year brought in under $4 million, said

the Mississippi Gaming Commission’s executive director. Gamblers in the state can use a mobile app while inside a casino.

Tennessee, which has no casinos, is expected to be the first state to test an online-only sports-betting system, though it hasn’t set a start date.

A flurry of deals among gambling companies for online expansion have emerged in the past year.

signed a deal with DraftKings giving the smaller company access to Caesars markets, including casinos in 13 states. DraftKings will promote Caesars as its official casino partner and give it equity, according to the companies, while Caesars can continue to offer its own betting and online casino apps.

recently made public a partnership with

to expand mobile and online gaming across the combined 15 states where the two companies are licensed.

Would you prefer to bet on your favorite team in person at a casino, or via smartphone? Join the conversation below.

The sports-betting business offers operators slim margins—on average about 5% of money wagered, before expenses, according to

MGM president of interactive gambling. Even so, the industry will continue to grow over the next two years, driven by mobile technology, Mr. Butera said.

“It actually helps the casino business quite a bit because there’s a lot of crossover between table room players and sports bettors,” he said. “It’s not different from other businesses. To do any form of retail well in this economy, you have to have a really good mobile presence and a really good retail presence. They enhance each other.”

Write to Katherine Sayre at katherine.sayre@wsj.com