The Category 2 hurricane, which packed winds of 105 miles an hour, weakened slightly overnight. The storm’s center was located 205 miles south of Charleston by 11 a.m. Wednesday, the National Hurricane Center said. Hurricane-force winds extended 70 miles out from the storm center, which was moving about nine mph.

Forecasters warned the storm would move dangerously close to Florida and Georgia Wednesday and then move near or over the coasts of the Carolinas Thursday through Friday. Surging waters could cause severe flooding in some areas, but the storm isn’t expected to increase in intensity, they said.

“The time to leave is now,”

warned coastal residents Tuesday. “This is a very serious storm and a western shift, that is towards land, of just a few miles could bring enormous damage to our state.”

Volunteers help to rescue families in Freeport, Grand Bahama, Bahamas, on Tuesday after it was hit by Hurricane Dorian.

Volunteers help to rescue families in Freeport, Grand Bahama, Bahamas, on Tuesday after it was hit by Hurricane Dorian.

Tropical-storm-force winds and rain were lashing the central and northern Florida coastline Wednesday morning, but so far the region appeared to be spared the brunt of the storm. Flooding and beach erosion continued to be a concern. Authorities were inspecting causeways to barrier islands before clearing them for traffic.

approved emergency declarations in Florida, Georgia and the Carolinas. Mr. Trump tweeted Tuesday night that he completed the paperwork for North Carolina’s declaration.

“Hope you won’t need it!” he tweeted.

Shifting forecasts for the storm’s path and intensity have frustrated contingency planners and political leaders, who have had to reposition resources. Utility crews from Nebraska that staged in Orlando ended up heading home after Dorian was downgraded and its trajectory shifted. Hospitals raced to transport backup generators to facilities that suddenly fell under the storm’s potential path.

from Charleston planned to head Wednesday with his girlfriend and their two dogs to his parents’ home inland to ride out the storm. But he thought South Carolina’s mandatory evacuation of large parts of the coast was overkill. For the past several years, meteorologists and officials warned of major storms threatening low-lying Charleston and have urged residents to evacuate. 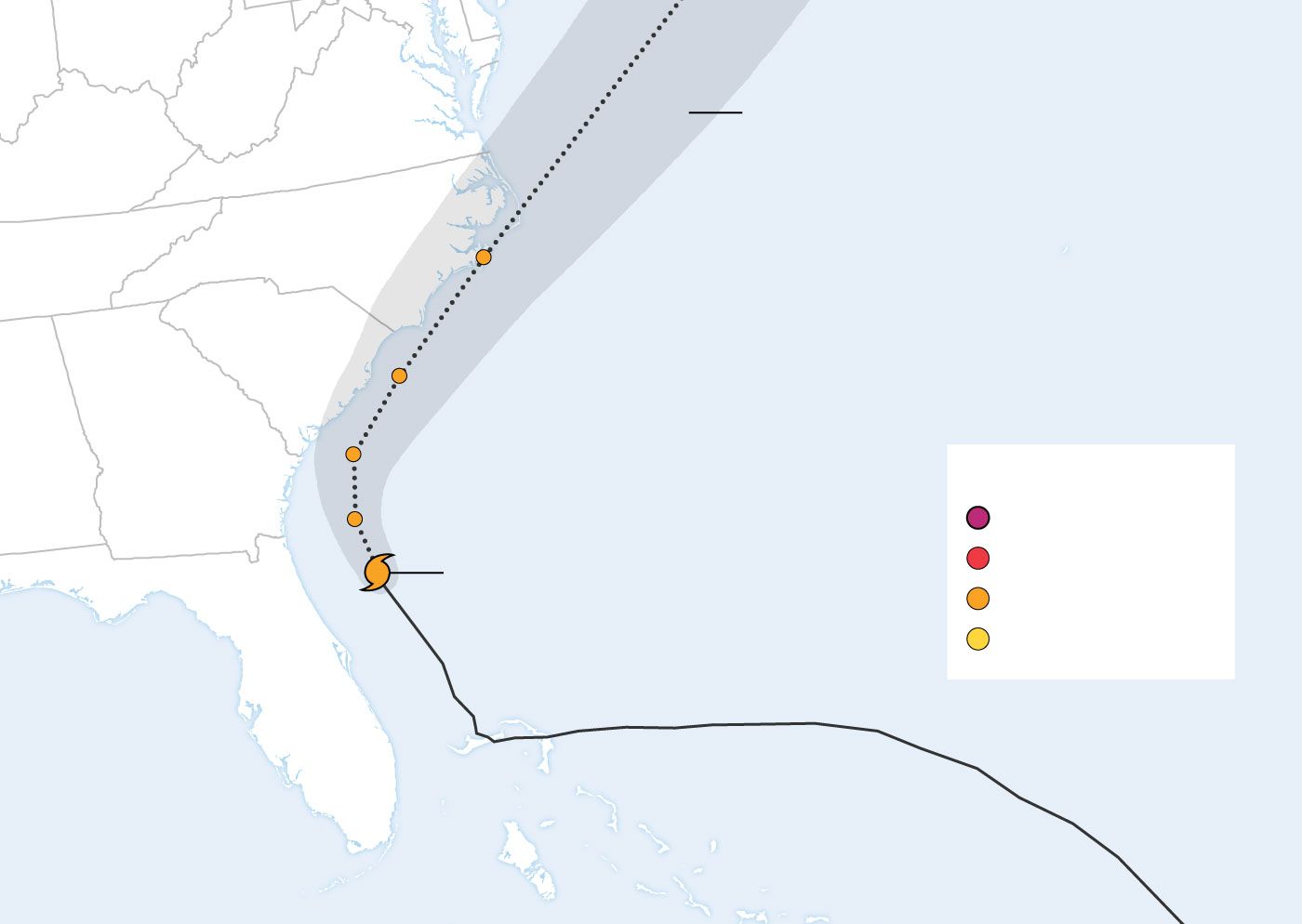 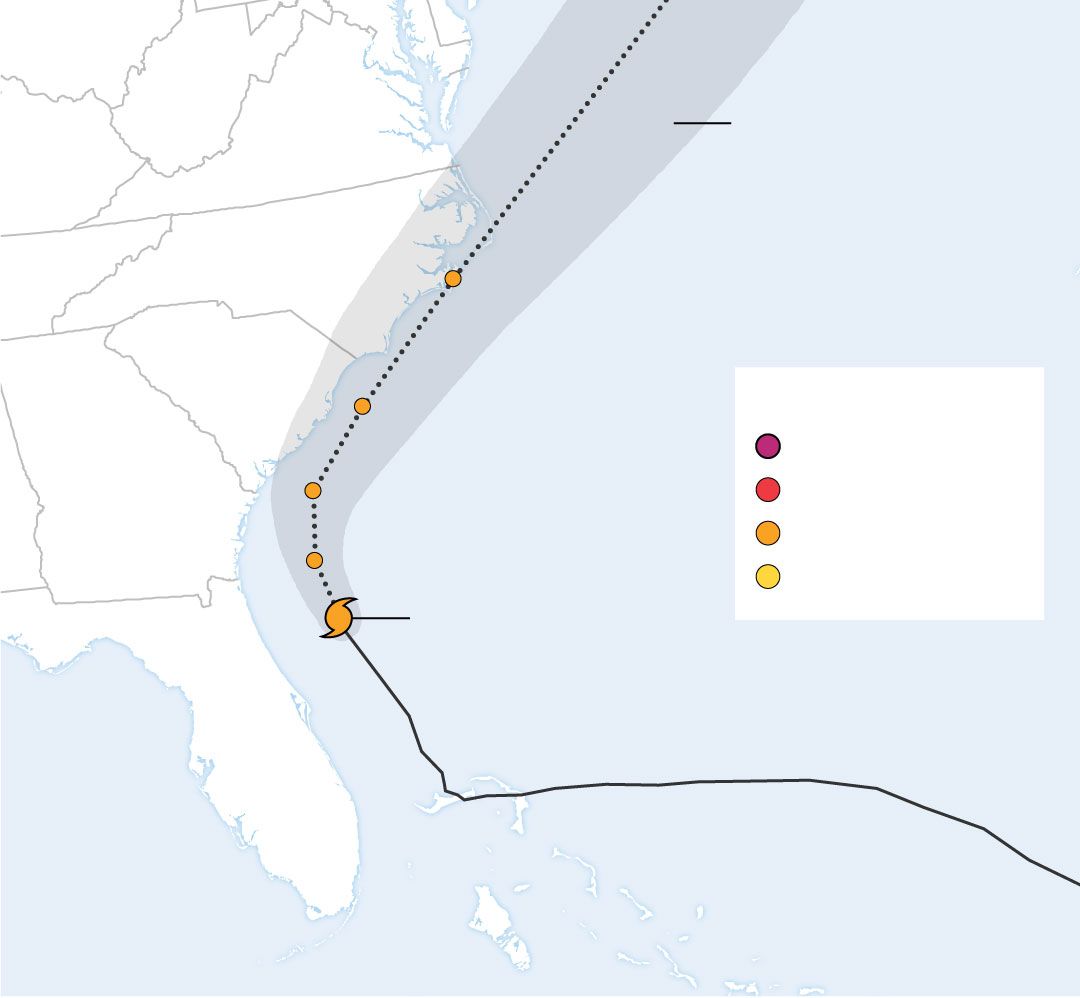 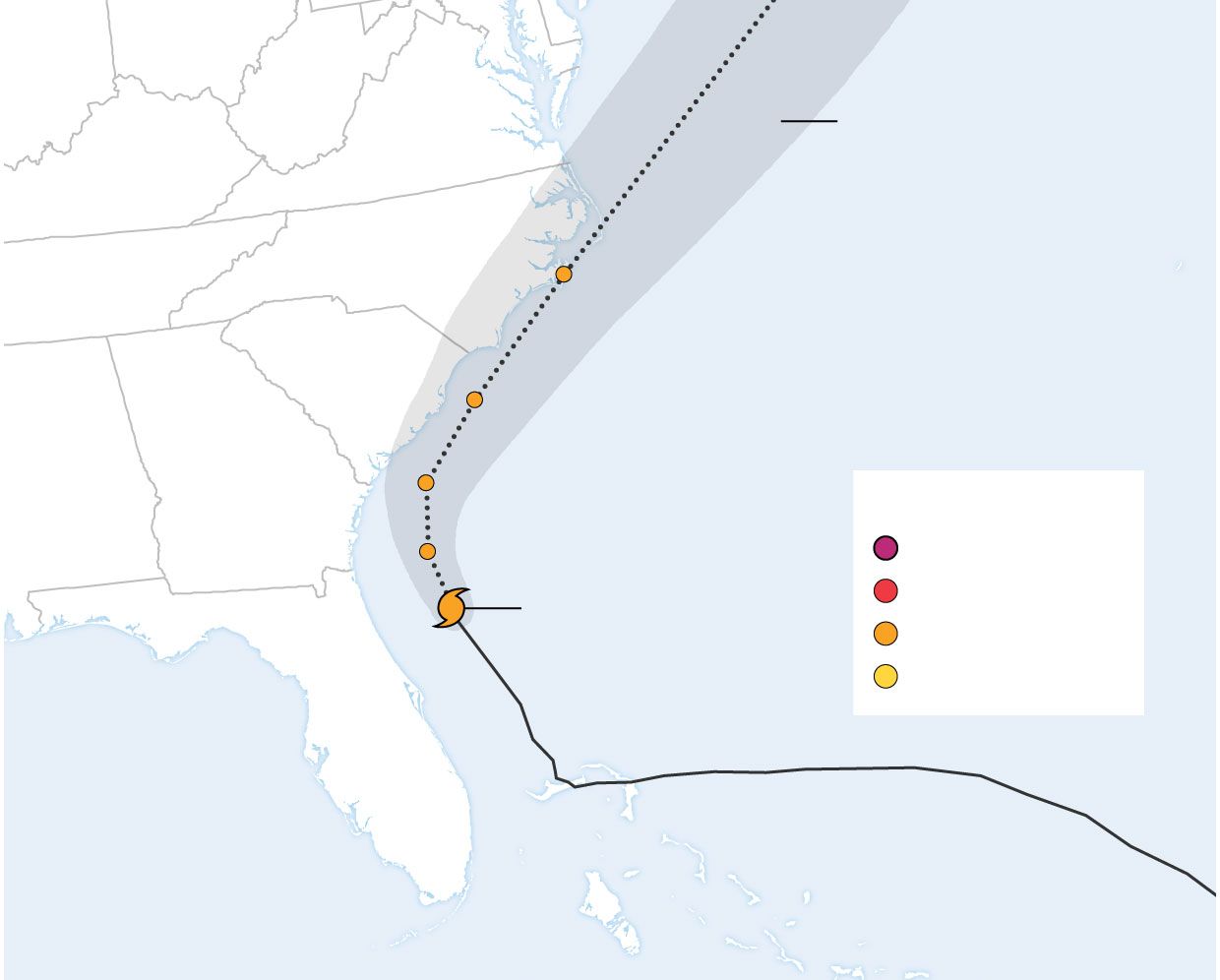 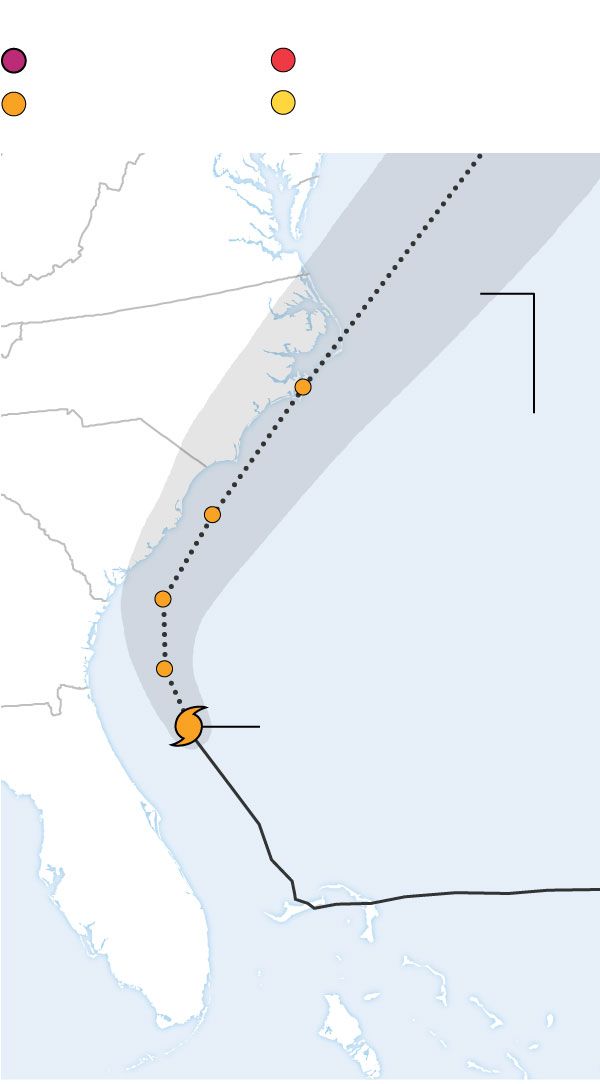 said Tuesday evening. “We can expect more deaths,” he said. “Let us as a people have compassion for the families of those who lost their lives.”

What should authorities be doing to ensure the safety of those in the path of Dorian? Join the conversation below.

As many as 13,000 homes may have been severely damaged or destroyed, according to an initial assessment by the International Federation of Red Cross and Red Crescent Societies. In the Abaco Islands, wells were likely contaminated by flooding, leaving the water and sewer utilities in need of pumps and equipment, according to the Caribbean Disaster Emergency Management Agency.

The National Emergency Management Agency of the Bahamas issued an all-clear notice Wednesday morning for Grand Bahama, Abaco, Bimini and the Berry Islands as the storm left. But the agency cautioned people to be careful of downed power lines, severe flooding, fallen trees and other debris.

Scientists who have studied the impact of climate on storms have broadly concluded that warmer air and warmer water temperatures are expected to increase the intensity of hurricanes, generating storms with more rainfall and wind speed. Evidence suggests this is already occurring. One study, cited by the U.S. government’s 2018 National Climate Assessment, found the “heaviest rainfall amounts from intense storms, including hurricanes, have increased by 6% to 7%, on average, compared to what they would have been a century ago.” Scientists, however, don’t agree whether the frequency of hurricanes is affected by a changing climate.

ordered a mandatory evacuation of all the state’s barrier islands as of early Wednesday.

The approaching storm has caused chaos and work stoppages for U.S. industries, even before the storm hit. Ports from Miami to Charleston have closed.

has suspended operations at its 787 Dreamliner factory in the Charleston area, a company spokesman said.

Downtown Charleston, normally bustling with tourists and college students, was largely empty Tuesday evening, with many restaurants and stores closed. Stores along normally busy King Street had sandbags piled in their doorways and some had windows covered with particle board or sheet metal.

Many shops posted notices that they were closed until the storm had passed, with one boutique telling passersby, “Don’t name your kid Dorian.”

a 34-year-old attorney who rents an apartment on King Street, said he planned to drive to upstate South Carolina to stay with his parents—not because he was particularly worried about the storm, but because he didn’t want to lose power. Many of his friends planned to stay in Charleston despite the evacuation order, he said.

“If things changed and this was going to be a direct hit, you’d see everybody out of here,” he said.