’s Brexit strategy with a vote aimed at delaying the country’s exit from the European Union, prompting the British leader to call for a general election.

In a vote Tuesday in the House of Commons, lawmakers defied Mr. Johnson’s pleas not to tie his hands in negotiations with the EU and took the first move toward passing a law that would stop him from pushing through a split with the bloc at the end of next month.

The development emphasizes how Brexit has placed almost unbearable strains on the British political system and divided Parliament and the country alike. More than three years after the referendum vote to leave the EU, there is still no obvious way out of the stalemate.

Lawmakers voted 328 to 301 to make time this week for Parliament to debate a law—now highly likely to pass—that would require Mr. Johnson to ask the EU for Brexit to be delayed until the end of January 2020 if he doesn’t secure a deal with the bloc in October to manage Britain’s exit.

The prime minister has said such parliamentary action would limit his ability to negotiate with the EU, as he could no longer use the threat of a disruptive break with the bloc to squeeze out better divorce terms. As a result, he said he would have no option but to call for a snap election next month if the law was approved on Wednesday.

“Everyone will know that if I am prime minister, I will go to Brussels, I will go for a deal and get a deal but if they won’t do a deal we will leave anyway on 31 October,” Mr. Johnson said after the vote. “The people of this country will have to choose.”

Mr. Johnson said he would put an election call to lawmakers on Wednesday. Two-thirds of lawmakers would have to vote to approve the holding of an election for one to take place.

But the election call seemed unlikely to succeed after

leader of the main opposition Labour Party—as well as the heads of the centrist Liberal Democrats and of the Scottish National Party—said they wouldn’t back an election until a no-deal exit on Oct. 31 was ruled out.

Tuesday’s vote to proceed toward the delay came amid a day of high drama in Britain’s Parliament. Several high-profile former ministers, including former Chancellor of the Exchequer

were among the 21 Conservative lawmakers who rebelled against the government, an act that Mr. Johnson’s aides said would result in their being barred from running on the Conservatives’ ticket at the next election and triggering a near unprecedented cull of lawmakers from the party.

But expelling the 21 would pile further pressure on Mr. Johnson, whose government on Tuesday also lost its razor-thin majority in the lower house after a Conservative lawmaker defected to the anti-Brexit Liberal Democrats just as Mr. Johnson stood in the chamber to make a speech.

Is Boris Johnson right to hold an election to break the Brexit impasse? Join the conversation below.

With one Conservative member defecting to the Liberal Democrats, Boris Johnson has lost his majority. 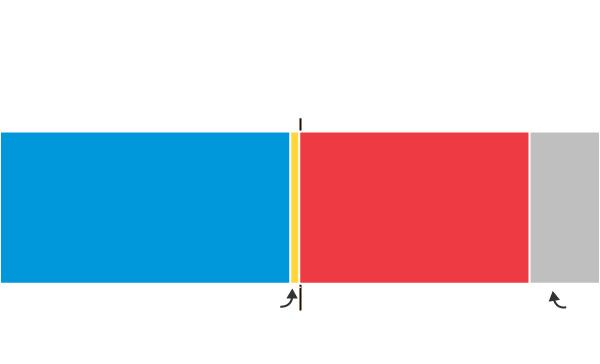 Given the precarious status of Mr. Johnson’s minority government, an election in the coming months appears increasingly likely.

Time is short for lawmakers opposed to a no-deal Brexit. Last week, Mr. Johnson said Parliament will be suspended beginning next week for around a month. That means opposition lawmakers must rush legislation through both the lower house and the House of Lords in record time if they are to succeed.

For Mr. Johnson, Tuesday’s vote presents an early test of his premiership. Since he became leader in July, he has repeatedly pledged to leave the EU on Oct. 31 and deliver on the referendum vote held back in 2016. “I am confident of getting a deal…there will be no pointless further dither,” Mr. Johnson said earlier in the day, urging lawmakers not to hamper negotiations by forcing an extension.

A key plank in Mr. Johnson’s strategy is ensuring that come the end of October, British lawmakers and the EU alike are faced with the choice between agreeing on a deal and an abrupt and potentially disruptive split with a major trading partner.

Without this tension, Mr. Johnson said it is impossible to get the EU to offer concessions or British lawmakers to vote for any deal. His predecessor,

twice delayed Brexit, and the deal her government negotiated was repeatedly voted down by British lawmakers.

Mr. Johnson dubbed the law the opposition is trying to pass “The Jeremy Corbyn Surrender Bill.” The prime minister told the House of Commons on Tuesday he was making good progress on talks with the EU, but his opponents and some European officials said they are still awaiting tangible proposals from London.

Mr. Johnson is set on Monday to visit Dublin, where he said he would make a more detailed proposal to resolve questions over how to avoid building a border on the island of Ireland after Brexit.

Calling a third general election in just over four years could throw even more uncertainty into the Brexit mix, opening the possibility of the opposition Labour Party taking the reins in Parliament. Mr. Corbyn, its left-wing leader, has already outlined plans to nationalize various industries, spooking some investors. The party has said it would negotiate a different Brexit deal and put it to a referendum.

With an election looking increasingly likely, Mr. Johnson has toured the U.K., promising fresh funds for police and schools. He regularly visits British hospitals to talk up his attachment to the popular nationalized health service.

So far Mr. Johnson’s approach has translated into a bounce in the polls. The Conservatives lead Labour by 8 points, according to a recent poll of polls by Britain Elects. However, analysts said there is a high possibility that a vote results in another hung Parliament with no party gaining an outright majority.

“There will be bumps in the road,” Mr. Johnson said of Brexit. “But we will get it done.”

Write to Max Colchester at max.colchester@wsj.com