Go west for a diverse school. Look to the Northeast for a rich one most likely to land you a great job. For great bang for your buck, consider the City University of New York.

These are some of the conclusions of this year’s Wall Street Journal/Times Higher Education College Rankings, which reveal a rich array of options for students whether they’re most focused on the academic environment, extracurricular engagement, career opportunities or return on investment.

Four Ivy League schools rank among the top five. Harvard University stands atop the overall list, followed by its Cambridge neighbor, the Massachusetts Institute of Technology.

Yale University and the University of Pennsylvania are next, with the California Institute of Technology and Princeton University tied for fifth.

(You can see our full rankings as well as sort the complete rankings by a variety of measures and reweight the main contributing factors to reflect what’s most important to you. Or you can compare two colleges.)

Schools that fared the best in this year’s ranking generally are wealthy institutions able to support robust research operations, low student-faculty ratios and generous financial aid. Their graduates tend to land high-paying jobs that allow them to pay down student loans. But those schools are all over the map in terms of how engaged students say they feel inside and outside the classroom, and in the diversity of the student body and school staff.

The top-ranked schools show neither size nor locality matters when it comes to quality, with similarly ranked schools ranging from roughly 2,600 undergraduates (Wellesley College, in Massachusetts, No. 24) to 32,000 (the University of California, Los Angeles, No. 25). Urban schools such as the University of Chicago (No. 14) and Columbia University (No. 15) landed near rural powerhouses like Dartmouth College (No. 12) and Williams College (No. 21).

The WSJ/THE rankings emphasize how well a college will prepare students for life after graduation. The overall ranking is based on 15 factors across four main categories: Forty percent of each school’s overall score comes from student outcomes, including measures of graduate salaries and debt burdens, 30% from the school’s academic resources, 20% from how well it engages its students and 10% from its diversity.

The rankings this year take into account roughly 174,000 responses from students to survey questions including whether they feel inspired and motivated by their classmates, whether they think their college is worth what they and their families are paying, and if they’d choose the same school if they had to start all over again.

This year’s rankings come out in the wake of a scandal in which many wealthy parents paid to fraudulently raise their students’ test scores or got them into schools by faking their athletic accomplishments—raising questions about the fairness of a process presumed to be based on merit. 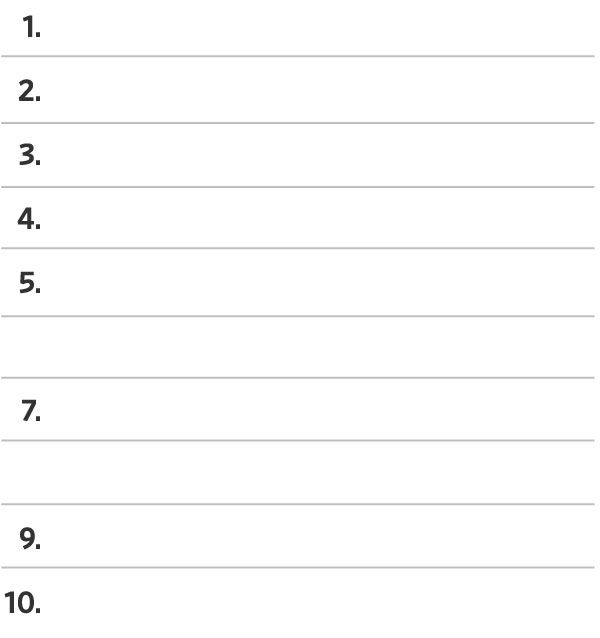 The rankings also land as a debate over the role, cost and value of a four-year diploma continues to rage. A college education still pays off, with the wage premium over high-school graduates near an all-time high. But the wealth-generating power a four-year degree is undercut by the staggering increase in college costs in recent decades, and heavy student-debt burdens can blunt earnings for some. And since nearly 40% of students won’t graduate from college in six years, let alone four, and student debt continues to climb, deciding where to go has become increasingly fraught with risk.

“Young people today are facing a situation where the stakes are higher,” says economist William Emmons of the St. Louis Federal Reserve. “Back in the day when college was free and there weren’t many college graduates in the market, you could major in the proverbial basket weaving and still get a decent job. But today that’s probably not as likely.”

Mr. Emmons’s advice to families considering a college degree: Sharpen your pencils. Leverage the available data. Treat college like the significant, and potentially risky, investment it is.

These are the fourth annual WSJ/THE rankings, and while the overall approach and much of the underlying methodology have remained constant, this year’s rankings aren’t directly comparable to those of past years because of two changes. The approach to measuring student debt shifted to highlight how much the average graduate will owe, as opposed to the likelihood they’ll default on that total. And the rankings now incorporate a more comprehensive degree-completion metric that better assesses the chance that any entering student will make it through to commencement.

The schools that ranked highest for resources, based on academic spending, student-faculty ratios and research output 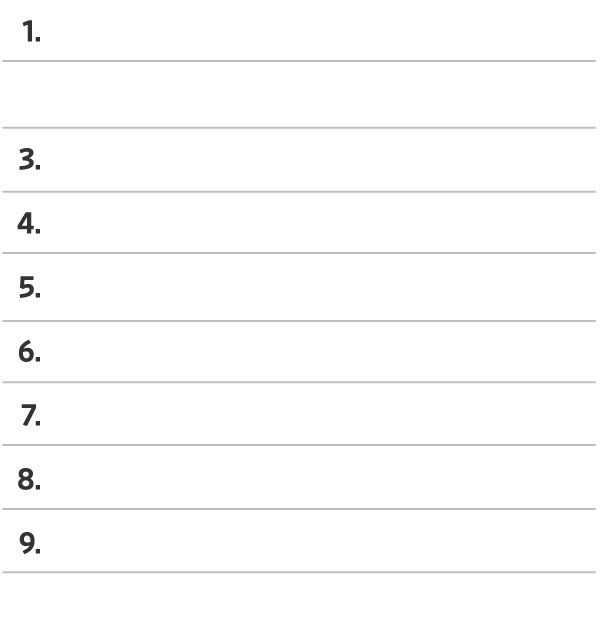 At the heart of the rankings are outcomes: How much value does the school add to its students’ future financial lives? Which colleges can open doors with name recognition, and which have a good record of placing graduates into high-paying jobs while limiting debt and allowing students to complete their degrees quickly?

That subset of the ranking is topped by Harvard and Princeton (tied at No. 1), followed by Yale and Duke University (tied at No. 3), and Penn and Stanford University (tied at No. 5). Harvard, Princeton and Duke leave students who participate in federal financial-aid programs with the second-, third- and fourth-lowest amount of student debt in the country, respectively. Cornell University’s ascension into the top 10 overall ranking, at No. 9, was due in part to the updated and more comprehensive graduation-rate measure used this year.

Teaching—truly investing in students’ intellectual development, with engaging, hands-on projects and individualized attention—is an expensive proposition. The WSJ/THE rankings look at student-faculty ratios, academic spending per student and research output to measure how well equipped an institution is to provide that comprehensive instruction. The takeaway: Money matters. All but four schools ranked in the top 25 overall are also among the 25 most well-resourced. Schools able to do more with less include UCLA, which is 25th overall but ranked No. 124 in resources, the University of California, San Diego (37th overall and No. 169 in resources) and the University of Florida (63rd overall and No. 343 in resources).

Just How Hard Is It to Get Into an Ivy?

Nationally top-ranked Harvard accepted a record-low 4.5% of applicants for the current academic year. Acceptance rates topped 10% at only one Ivy League school:

The rankings also measure the best value among the top 250 schools overall, by dividing each school’s overall score by its net price. Here campuses from the City University of New York system took three of the top four spots. Public schools hold 15 of the top 20. Number one is Berea College, a private liberal-arts college in Kentucky, where students hold down campus jobs and pay no tuition.

Surprisingly, schools with solid outcomes don’t necessarily leave students feeling warm and fuzzy about their experience on campus, and often that’s because they may not feel like they are part of a community. 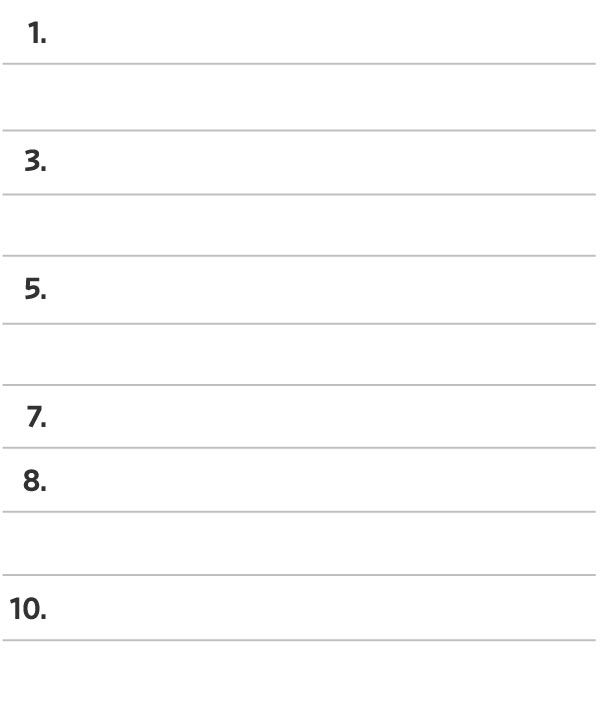 The rankings base their engagement measure on how connected students feel to their school, each other and the outside world. Ball State University, which didn’t crack the top 600 overall, earned the No. 16 spot on our measure of engagement. Princeton, meanwhile, which is No. 5 overall, came it at No. 498 on engagement.

Many schools with engaged student bodies have strong spiritual missions. Seven of the schools that scored in the top 10 in that category have a religious affiliation. They include the top two for engagement, Dordt University and Cedarville University, both of which rank below 400 overall, Samford University (No. 170 overall), the University of Notre Dame (No. 32), Brigham Young University-Provo (No. 143), Baylor University (No. 167) and Oral Roberts University, which ranks below 600 overall.

An important part of the learning experience for college students is being exposed to ideas and people they wouldn’t otherwise encounter. The WSJ/THE rankings’ environment metric takes into account the share of the student population that’s international, as well as student and faculty racial and ethnic diversity, and socioeconomic diversity among students. The West Coast dominates here, home to nine schools in the top 10 for diversity. Public institutions also outperform on this measure, with 21 schools in the top 25.

The rankings also unveil some hidden gems: Alverno College in Milwaukee tied with Stanford for students reporting that they are inspired by their classmates, while the University of Wyoming and Louisiana Tech University both matched Princeton for students saying their college experience was worth the expense. 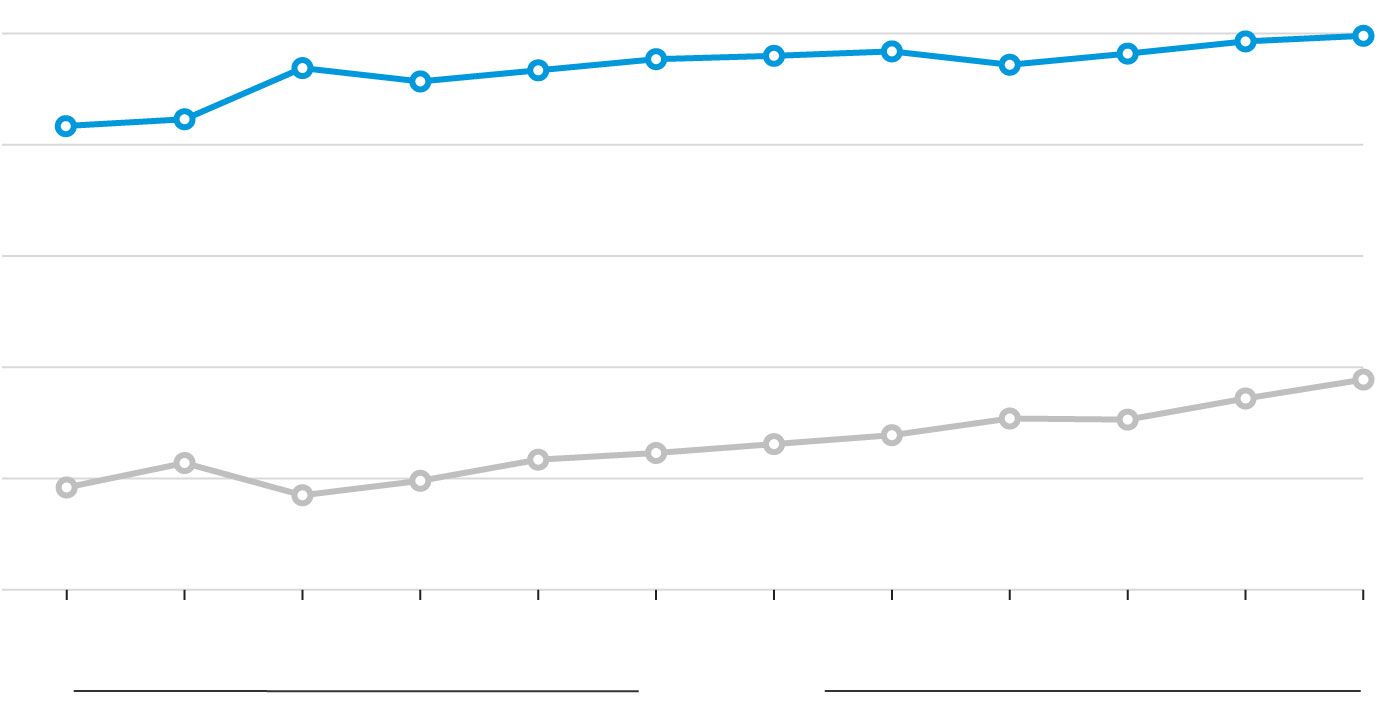 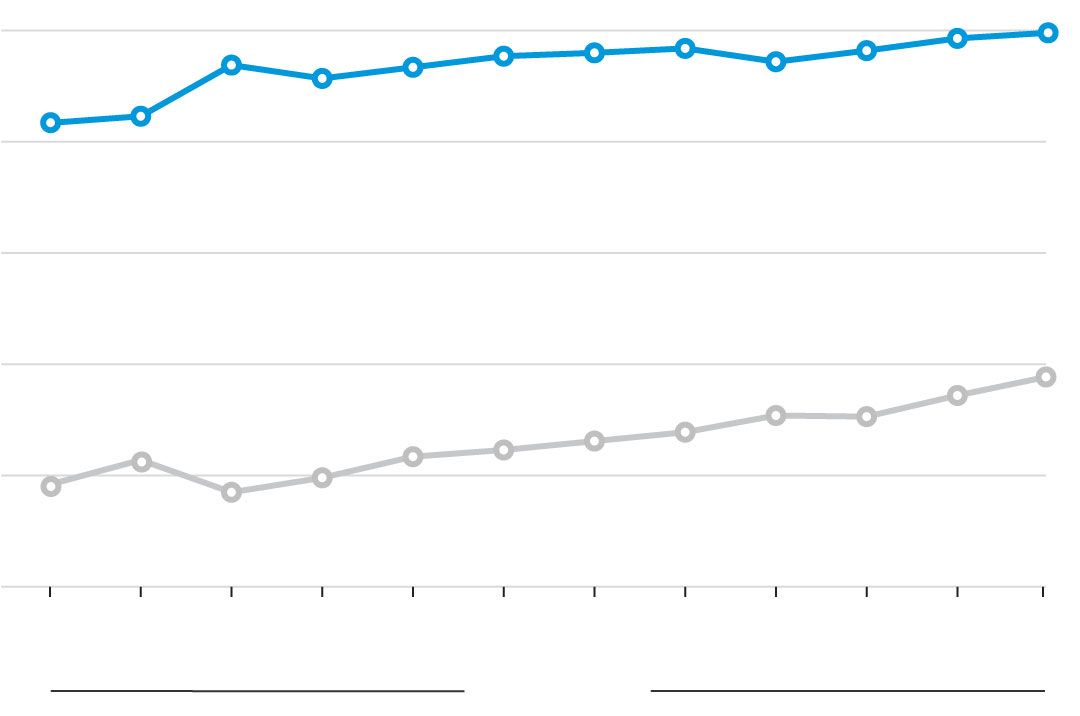 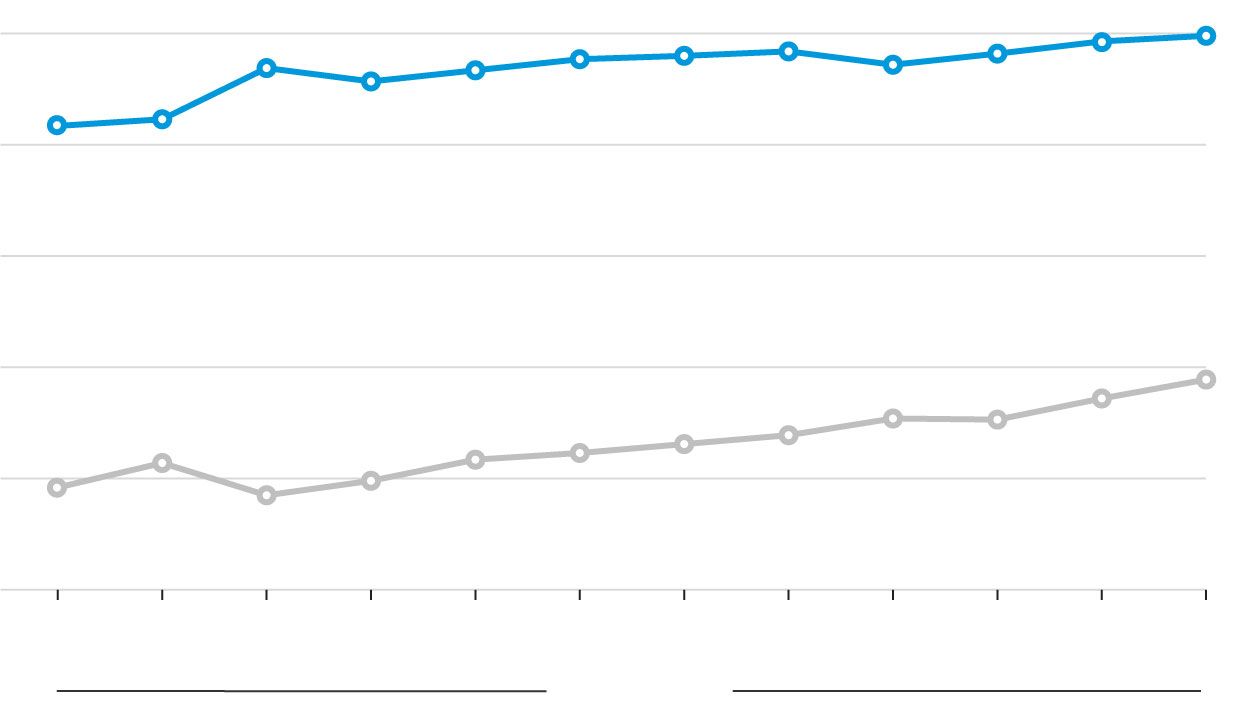 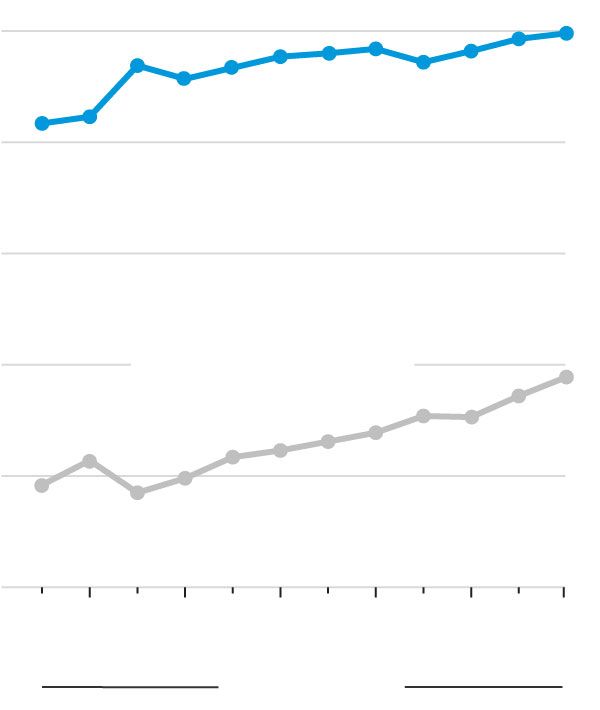 of tuition and fees

No school, of course, is best for everyone. Some students may flourish in a large institution with a big sports culture, while others value a more intimate setting with robust arts offerings. Urban or rural, liberal arts or research-heavy, each school has unique characteristics worth exploring.

What do you think about college rankings as a means for finding a quality college experience? Join the conversation below.

The list of 801 colleges and universities in the WSJ/THE rankings is intended to serve as a starting point for families considering their options and comes with one important caveat: Research shows again and again that what matters in the end isn’t so much where you go to college that counts, but how you go. What you major in, how hard you study, where you intern and what connections and relationships you build with classmates and professors can trump the name of the institution on a diploma.