frustrating his signature effort to take Britain out of the European Union at the end of October and thwarting his push for a quick election.

The back-to-back blows Wednesday for Mr. Johnson’s minority government significantly reduce the chances that the U.K. will leave the bloc abruptly on Oct. 31 without a deal to minimize expected economic disruption. But they also augur a further spell of political and economic uncertainty for Europe’s second-largest economy.

Lawmakers voted 327 to 299 in favor of a proposal requiring the government to seek a three-month extension to the Brexit deadline if it can’t agree with the EU, by Oct. 19, on new terms for separation that meet Parliament’s approval. The U.K. is currently scheduled to leave Oct. 31.

The House of Commons, Parliament’s lower house, also Wednesday rejected Mr. Johnson’s push for an Oct. 15 snap general election, though the standoff between Parliament and prime minister likely still leaves the U.K. on course for its third nationwide poll in four years, albeit later in the fall.

“It is completely impossible for the government to function if the House of Commons refuses to pass anything the government proposes,” Mr. Johnson said during a series of debates.

The decision to delay Brexit still needs the approval of Parliament’s House of Lords, where some members were bringing in bedclothes in anticipation of a dayslong slog toward a vote.

Mr. Johnson has already vowed not to seek any extension, saying further delay would be an affront to voters who chose to exit from the EU in a referendum in 2016. Britain’s withdrawal, originally scheduled for March 29, has already been postponed twice. 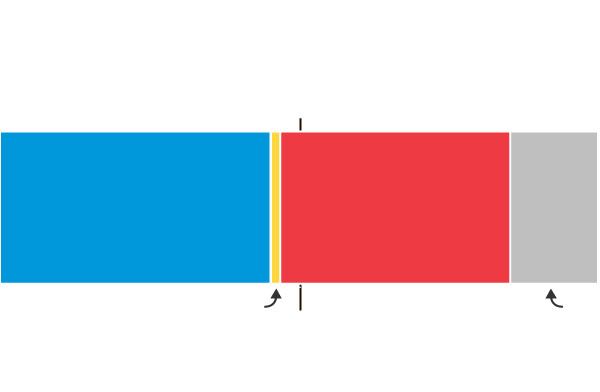 That sets the stage for further clashes with Parliament. Mr. Johnson failed to muster the two-thirds majority needed in Parliament to call an Oct. 15 election. Opposition lawmakers fear a snap poll could give Mr. Johnson an opening to reimpose an Oct. 31 split without any deal.

Many instead favor holding a vote after Brexit is delayed, possibly in November.

leader of the main opposition Labour Party, said he would support an election only once an abrupt split Oct. 31 is no longer an option.

Mr. Corbyn described Mr. Johnson’s bid for an election before then as a ruse to keep that prospect alive. “The reality is deeply unpalatable: a disastrous no-deal Brexit to take us into the arms of a trade deal with

that would put America First and Britain a distant second.”

In his debut question-and-answer session with lawmakers earlier on Wednesday, Mr. Johnson labeled the delay proposal a “surrender bill” that would hobble his efforts to renegotiate the terms of a withdrawal pact negotiated with the EU by his predecessor,

It “would wreck any chance of a deal,” he said, and lead to more “dither and delay” in delivering the result of a 2016 referendum in which Britons voted 52% to 48% to quit the EU.

Mr. Johnson and his allies repeatedly voted against Mrs. May’s deal, ensuring it was rejected by Parliament. The main sticking point was the so-called backstop provision in the deal that was meant to avoid the emergence of a physical border in Ireland. Critics like Mr. Johnson said it would keep the U.K. tied to the EU against its will, and since becoming prime minister in July, he has said the backstop must be abolished.

Since Mr. Johnson took over in July, his party has seen a fillip in opinion polls, opening up a lead against the main opposition Labour Party, and many of his supporters believe he is a good campaigner.

But party-political preferences have been volatile, and the party’s weakness in Scotland and other anti-Brexit areas means it will have to fare better elsewhere than it did in the last election in 2017.

In a sign the government is gearing up for an election, U.K. Treasury chief,

“We can now afford to turn the page on austerity,” Mr. Javid said.