In the second quarter of this year, official Chinese data showed economic growth of 6.2%, close to Beijing’s target and within a percentage point of what it has reported every quarter for the past 4½ years.

A few months earlier, satellites monitoring Chinese industrial hubs suggested parts of the world’s largest trading economy were contracting. An index of Chinese industrial production created by a multinational manufacturer was pointing to lower growth than official figures. And a web-search index used to gauge how many workers return to their jobs after the Lunar New Year holidays was down sharply from a year earlier.

Beneath China’s stable headline economic numbers, there is a growing belief among economists, companies and investors around the world that the real picture is worse than the official data. That has analysts and researchers crunching an array of alternative data—from energy consumption to photos taken from space—for a more accurate reading.

Their conclusion: China’s economy isn’t tanking, but it is almost certainly weaker than advertised. Some economists who have dissected China’s GDP numbers say more accurate figures could be up to 3 percentage points lower, based on their analysis of corporate profits, tax revenue, rail freight, property sales and other measures of activity that they believe are harder for the government to fudge.

China, whose GDP topped $13 trillion last year, is still growing, and the alternative data points to that. It indicates the deceleration is happening in areas such as manufacturing. In many cases, alternative indicators have previewed the path of official data and show the depth of the challenges Chinese authorities face.

China’s reported GDP growth has been close to official targets in recent years, while an alternative measure of economic activity shows a lower reading. 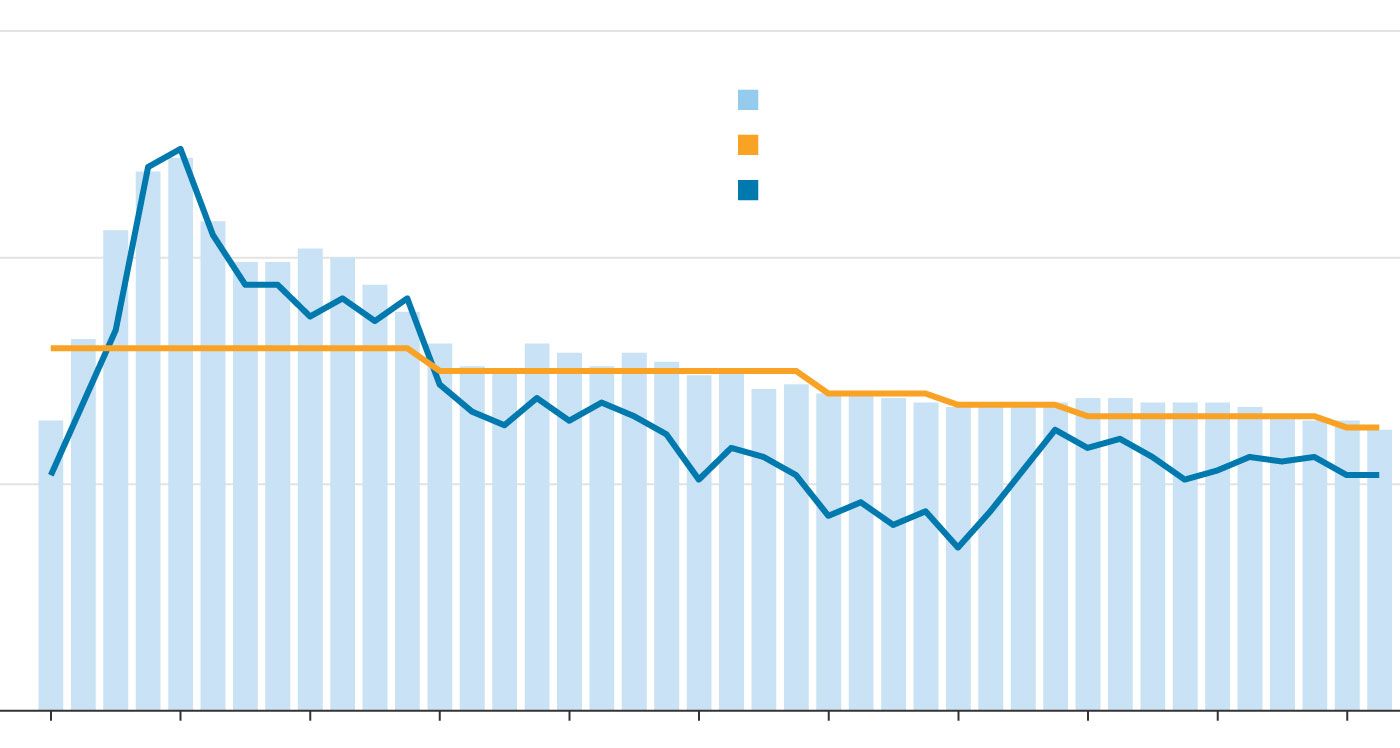 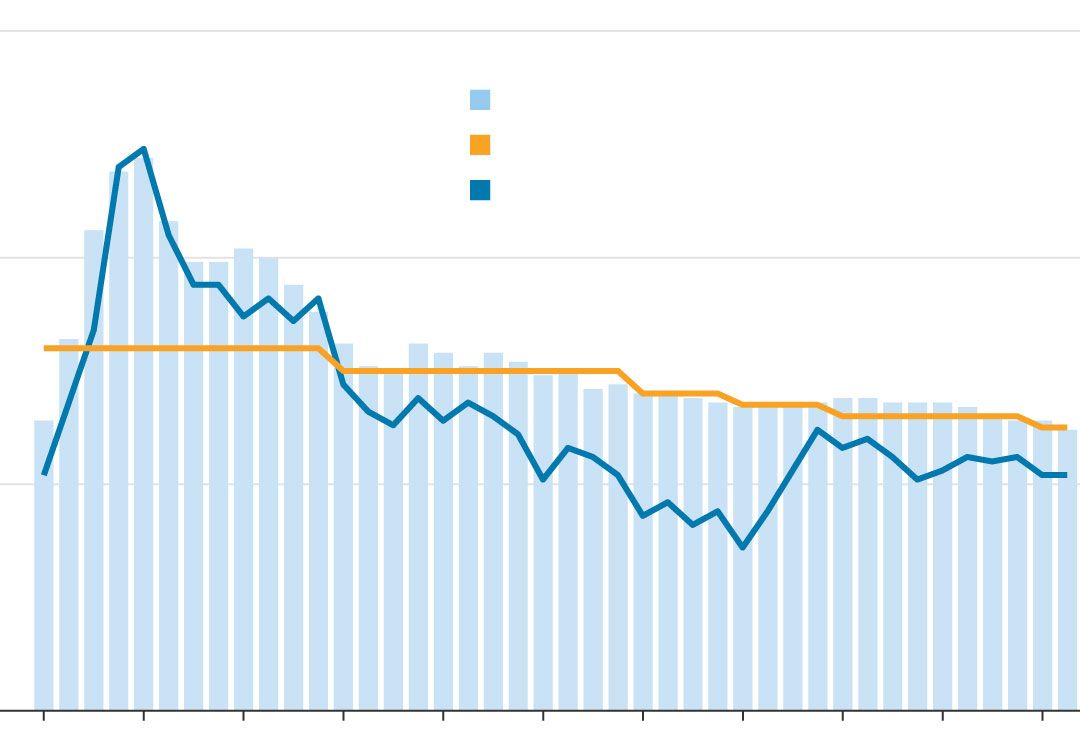 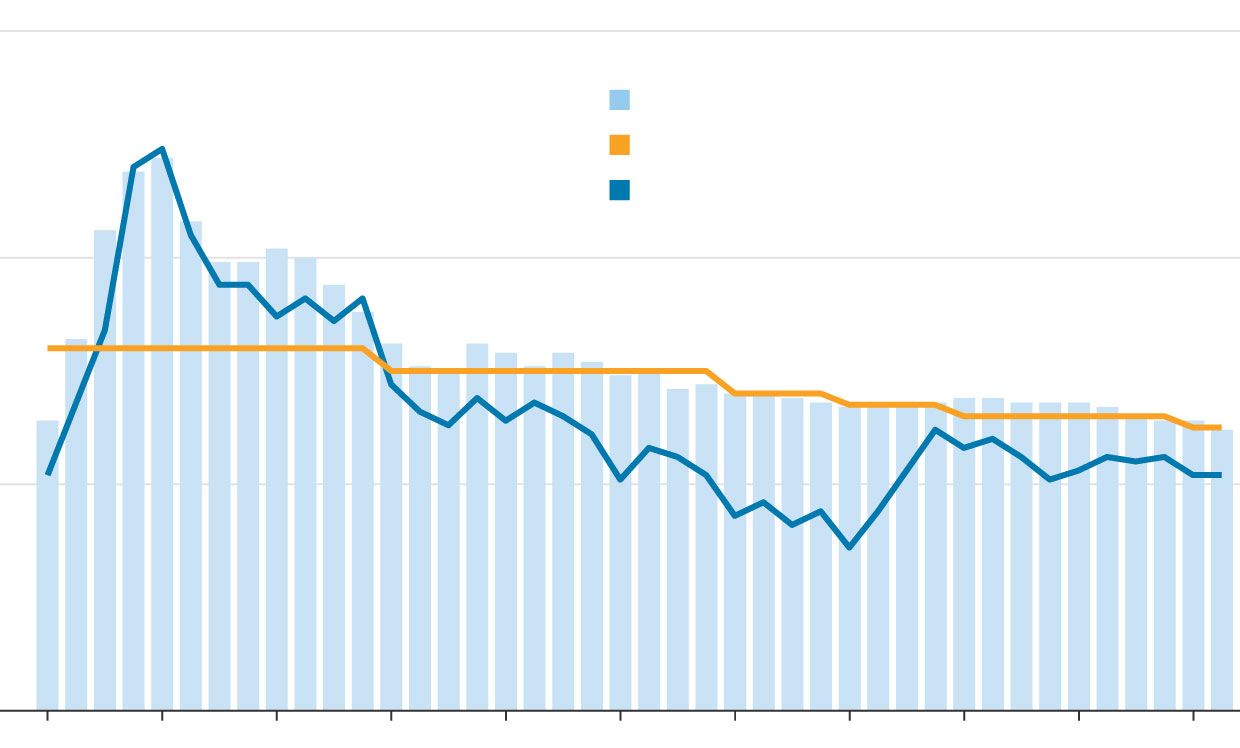 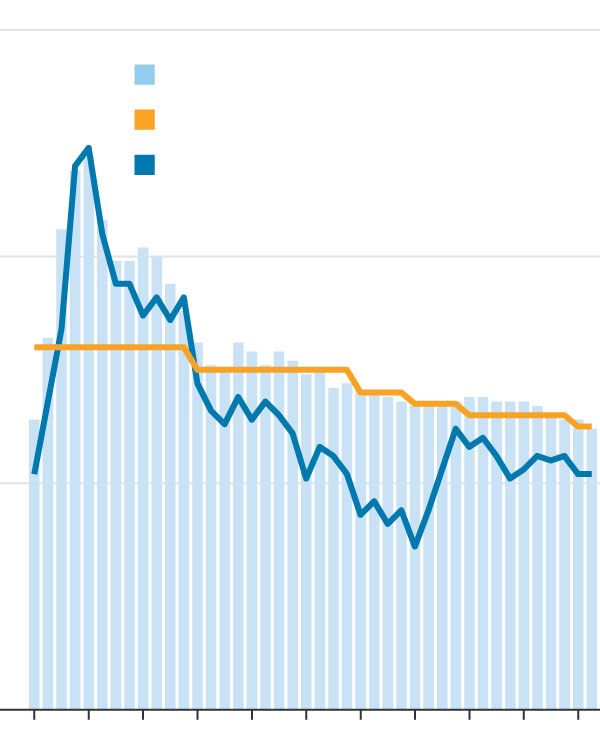 chief executive officer of China Beige Book, which measures China’s economic strength based on thousands of survey responses from mainland companies. “Investment is down, hiring took a serious hit, a huge hit to new orders.”

China on Friday released billions of dollars to banks in an effort to revive business sentiment as the U.S.-China trade battle continues. The People’s Bank of China reduced the amount of money commercial banks have to hold in reserve, enabling lenders to finance projects.

Much of the data “is telling us nothing good about the China economy,” said Eric Pratt, head of global marketing at

, a maker of electronic components based in Fountain Inn, S.C., which has two Chinese factories producing parts for cars and mobile phones. Mr. Pratt said over the past year, as alternative indicators and forecasts pointed to more weakness, his company cut some jobs and slowed production.

Over the past decade, China’s growth has made up between a quarter and a third of the world’s economic expansion. The country’s size and interconnectedness around the globe now means small changes in output impact the performance of all major economies, including the U.S. and trade-oriented ones such as Germany and Japan.

Since the escalation of the U.S.-China trade conflict, suspicion that China may be massaging its official data to paint a picture of broad economic health has become a challenge for Washington. U.S. trade negotiators have been seizing on any signs of weakness in their attempt to squeeze more concessions from Beijing.

As the effects of tit-for-tat tariffs filter into China’s economy, the country’s government has also tightened access to data that has proved reliable in the past, in some cases stopping the release of indicators that paint an unfavorable picture.

In December, a manufacturing index for the trade-intensive Guangdong province was suspended after trailing national figures for months. The country’s National Bureau of Statistics said the local government that produced the index didn’t have permission to do it. 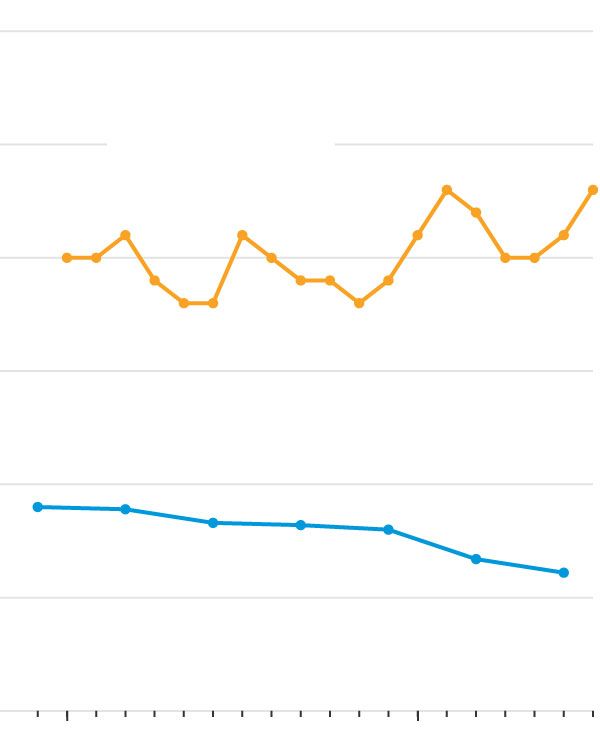 One challenge for businesses and investors is that China’s economy can’t be easily deciphered using measures such as unemployment and real GDP growth because those numbers don’t change much or are carefully managed. Where China’s central bank sets interest rates also isn’t a good gauge of growth, because most large Chinese banks are state-owned entities whose lending is driven by policy goals rather than profit motives.

One official measure of China’s unemployment rate has hovered between 3.5% and 4.5% for the last 15 years, a pattern that has led many economists to conclude it is unreliable. About two years ago, China began publishing an unemployment rate for urban areas derived from a labor survey that authorities said was more accurate. It recently showed a higher reading of 5.3%, but has also moved in a fairly tight range.

Authorities have defended their data. Earlier this year, after China reported stronger-than-expected GDP growth, a spokesman for the National Bureau of Statistics said the state wasn’t ironing out economic fluctuations. In August, another representative of the body said its survey of the country’s labor force was relatively reliable, scientific and accurate.

Generally speaking China’s data has captured some degree of slowdown, though sometimes later than private measures. But government efforts to keep the economy from cratering, such as infrastructure spending, lending and other stimulus, can obscure areas of weakness or smooth headline growth numbers. As a result, they often don’t capture what companies are seeing on the ground, independent economists say.

That has left the door open for dozens of proprietary data providers who are competing for a growing field of financial and multinational clients, global central banks and government agencies around the world. They face a challenging task given China’s vast and diverse economy where labor conditions, incomes and business activity levels vary widely between modern cities, manufacturing hubs and swaths of rural areas.

Companies that sense the economy isn’t doing so well are adjusting their strategies. American apparel company Brooks Brothers Group Inc. is expanding in China, but after detecting weaker retail sentiment in conversations with mall operators and in customer traffic and tourist numbers, the chain is in some cases setting up shop in smaller spaces instead of larger stores.

“There has been some softening,” said Andy Lew, president of Brooks Brothers’ international division.

London-based research firm Capital Economics has its own gauge of Chinese economic growth constructed from measures such as the amount of property floor space under construction, electricity output, freight and passenger traffic, and seaport volumes. “The problem is not a lack of data but more the quality,” said Julian Evans-Pritchard, its Singapore-based senior China economist.

The firm’s index, called the China Activity Proxy, has shown growth below official figures for the past seven years. It recently indicated an expansion rate of around 5.7% due in part to stronger construction activity. But electricity production—a proxy for heavy industry—has slumped and credit growth remains weak, supporting the idea that parts of the economy aren’t doing well.

Do you think China’s economy is faring worse than it looks? Join the conversation below.

In July, China reported 4.8% year-over-year growth in industrial output, its slowest pace in 17 years. A large multinational company had seen the signs much earlier.

, a global manufacturer of electrical components and power systems for buildings, industrial facilities, planes and other machinery, has about $2 billion sales in China. Last year, its in-house index showed 2.7% industrial production growth while China’s official reading was above 5% over the course of 2018. The company’s index estimated 2.5% growth for the first half of 2019.

The index was constructed by a team of in-house economists about a decade ago, when Eaton noticed demand in its markets was weaker than Beijing’s growth numbers, said its former chief economist Jim Meil. The index was built from Chinese data combed from domestic sources that included automotive sales, steel production and construction activity, Mr. Meil said.

SpaceKnow tracks about 6,000 industrial locations in China and analyzes data on night-light luminosity and infrared bands—indicators of heat produced by electricity or factories—from about half those sites roughly every two weeks. It produces a proprietary index that has become a leading Chinese PMI indicator used by hedge funds, central banks and policy makers, said CEO Jeremy Fand.

Mr. Fand said the company is also working on a project for a U.S. government agency that is trying to analyze the impact of U.S. tariffs on China’s economy and certain industries.

“Because it is so hard to get data out of China, demand has surpassed supply,” he said, adding that escalating U.S.-China tensions have made domestic data vendors less willing to share information with U.S. companies.

Quandl’s data includes satellite images of aluminum stockpiles and containers of concentrate sitting outside Chinese smelters and storage facilities before and after the U.S. imposed 10% tariffs on Chinese aluminum in March 2018.

Before the duties took effect, geospatial images indicated factories were ramping up aluminum production. By the summer of that year, the stockpiles had run down and the production supplies weren’t replenished at many smelters, indicating slower production and slackening demand weeks before it was reflected in Chinese government data.

Baidu’s index is compiled from the number of people who use its search engine to find information about travel and transportation options around the weeklong festival, which coincides with Lunar New Year. During that period, millions of workers embark on long commutes from big industrial cities to rural areas in central China to spend the holiday with their families.

This year’s festival took place in early February, and the index showed a 12% drop in the number of people searching about travel in contrast to the previous year. Mr. Mussalli said the lower reading was a sign of slower economic activity.

“In years where factories expect less production, some of the workers go home and stay home,” Mr. Mussalli said.

China’s automotive sector, which makes up about a 10th of GDP, has been in a slump since late 2018. The China Association of Automobile Manufacturers, the organization that puts out official sales numbers and forecasts, had earlier estimated that 2019 sales would be flat year on year. In the first seven months of the year, they fell 12.8%. Despite that, the official forecast is now for a 5.4% full-year decline.

Analysts at Bank of America Merrill Lynch are less optimistic. They forecast a 3.6% drop in car sales at the start of 2019 and now expect a 12% drop for the year.

Ming Hsun Lee, a Hong Kong-based autos analyst at the bank, has been using data from a domestic vendor that collects weekly numbers from companies on production levels, sales to dealers and retail car sales. He said he uses it to calculate inventory levels at manufacturers, and considers price discounts, government stimulus and other factors in developing his forecast.

Mr. Pratt at AVX, the U.S. electronics component maker, said the company has been using the bank’s data to help gauge demand and adjust production. “We don’t use what the government says because they are always really protective of their automotive industry,” he said.

—Zhou Wei in Shanghai and Serena Ng in Hong Kong contributed to this article.