Shale executives are changing the words they use to talk up their prospects, in a linguistic evolution that broadly reflects the industry’s efforts to shift from prioritizing growth to returning cash to increasingly disillusioned investors.

Whereas top shale executives once frequently promised to “ramp up” production, these days they are more likely to assure investors they can deliver “free cash flow.”

“Quantifying what is said by management…shows where their current business priorities are: Can investors expect production growth, or will they finally see discipline,” said

head of research at Sentieo.

Shale companies have helped the U.S. become the world’s top oil producer, at more than 12 million barrels a day, by unlocking crude from dense rock formations using horizontal drilling and hydraulic fracturing. But many of the companies have yet to show they can deliver consistent returns or live within their means as oil prices hover above $50 a barrel.

As a result, shale stocks have reached historic lows, with many companies all but cut off from capital markets and some filing for bankruptcy protection.

Producers, who must now prove to investors they can rein in their spending and deliver returns, are peppering their speech with terms such as “capital discipline” and “live within cash flow.”

“This year was a transition year for us, and we entered the year harder on capital and also harder on production,”

told analysts on the company’s earnings call in August. “[W]e are continuing to drive that number down…and demonstrate our ability to show capital discipline and live within cash flow.”

The trendiest term in the shale industry right now might be “free cash flow.” It has become synonymous with the promise by many companies of late to not spend beyond their income and to generate profits, which might then be returned to investors. Not surprisingly, the phrase’s increased usage has coincided with a jump in the frequency of two other words investors favor: “dividend” and “buyback.”

That is a shift from the lexicon the companies used when touting the breakneck growth many pursued. Terms such as “production growth” were popular in 2015, but not anymore.

“People don’t want to build debt in this environment, so there’s a lot of reasons why I just don’t think we’re going to see the long-term growth,”

By some measures, the companies are delivering on their promises. During the second quarter of 2019, roughly 80% of 43 large U.S. independent producers generated profits, up from about 40% during the first quarter, according to a Journal analysis of FactSet data.

The challenges facing the industry aren’t just financial, but technical as well. For years, shale companies told investors that they could boost production by placing wells in closer proximity, but have since found that doing so often means the wells produce less as they draw down the same resource, as the Journal reported in March.

The industry has dubbed the issue the parent-child well problem. Some companies have begun disclosing that planned, or child, wells will produce less than existing, or parent, wells. When Concho made such a disclosure in August, its stock fell 22% in one day.

In addition to acknowledging the issue, some companies are telling investors they plan to space their wells farther apart to address it, a reversal from years past when they promised to “downspace” their wells, or drill them more closely.

“[W]e recognize the parent-child relationship and the importance of proper spacing to develop the assets correctly,” 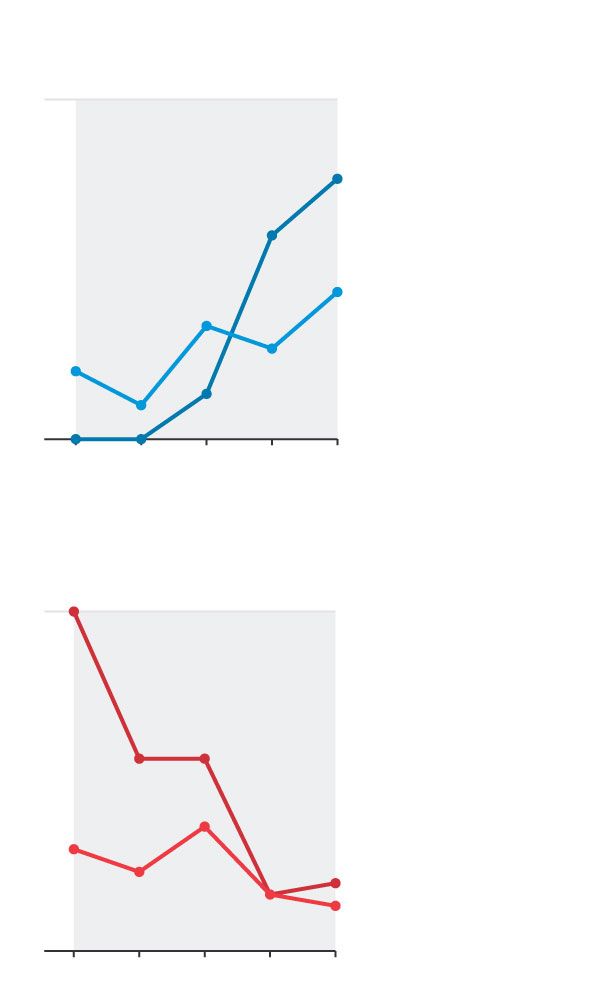 As shale companies curb their ambitions, they are also talking more narrowly about their real estate.

In the early days of the shale boom, producers raced to acquire land in emerging drilling regions. Many companies touted new oil finds in the DJ Basin and Niobrara shale in Colorado and three adjacent states. Others boasted to investors about their holdings in the Scoop and Stack basins in Oklahoma.

But as financing dries up, and returns become more valued than growth, many companies are retreating to the sweetest spots in the best basins and shutting down drilling rigs elsewhere, a shift reflected in the geography executives mention on earnings calls.

said on the company’s August earnings call. “Where the level is that we need to be at is anybody’s guess, but I think we’re probably 100 rigs more in the U.S. than is needed today.”

Even stalwart fields where the shale boom began, including Texas’ Eagle Ford and North Dakota’s Bakken, are declining in popularity with drillers. The safest bet for many companies, analysts say, is the Permian Basin in West Texas and New Mexico, the country’s most active drilling region.

The number of active drilling rigs has dropped everywhere since 2015 except in the Permian Basin. 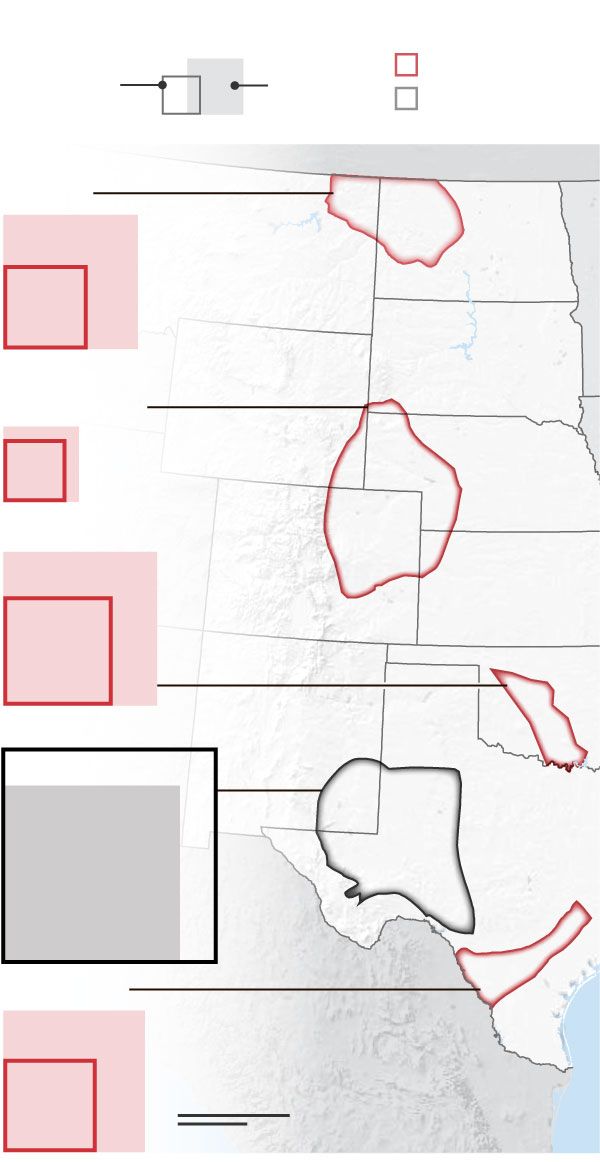 Why Making Apple iPhones in America Is So Hard
Fracking Buzzwords Evolve, From ‘Ramp Up’ to ‘Capital Discipline’