’s longtime boss, got an unexpected phone call Sunday evening from a hedge-fund manager at Elliott Management Corp., one of Wall Street’s biggest and most aggressive activist investors.

The call was brief and cordial, but behind it was a stinging rebuke of the telecom veteran’s mission to turn the phone company into a media giant and leave a top lieutenant to finish the job. Investor

The next day, Elliott Management issued a 23-page report that publicly questioned the logic of AT&T’s $49 billion takeover of DirecTV in 2015, shortly before cord-cutting accelerated, and its $81 billion deal last year to buy Time Warner, home of HBO and Warner Bros, only to replace almost all of its experienced entertainment bosses.

Elliott’s report Monday also questioned whether Mr. Stephenson’s presumed successor could successfully integrate the conglomerate into a force able to compete for advertising dollars against the likes of Google and win a costly battle for streaming supremacy with rivals like Netflix Inc. and

Plans for Mr. Stephenson’s triumphant exit, as early as next year, now threaten to turn into a monthslong fight over the direction of the $280 billion telecom company and a test of the board’s loyalty to his long-term vision.

The challenge issued by Elliott pits the 59-year-old AT&T chief executive against a 39-year-old Wall Street manager known for pressuring his targets to shake up their operations.

Mr. Stephenson has spent most of his dozen years as chairman and CEO piecing together a modern media company that will be his legacy. The three-decade company veteran—who said HBO’s “Succession” was one of his favorite TV shows—has signaled interest in stepping down as soon as next year, people familiar with his thinking said.

Mr. Cohn is seeking sweeping changes despite Elliott owning a $3.2 billion, or roughly 1%, stake in AT&T shares and options. Other activists have used similar stakes to shake up corporations as big as

, often taking seats on the board.

Mr. Cohn, a partner who runs U.S. equity activism at Elliott, has told other investors that he wants AT&T to explore the sale of DirecTV and other assets, as well as have a say in picking its next leader. Elliott must decide by the end of January whether to initiate a proxy fight, but Mr. Cohn told Mr. Stephenson that he wanted to work together.

AT&T said it looked forward to engaging with Elliott, and that it was already pursuing some actions laid out in Elliott’s report: “AT&T’s Board and management team firmly believe that the focused and successful execution of our strategy is the best path forward.”

Mr. Stephenson, who declined to comment, has defended his strategy, saying AT&T is boosting its programming investments, helping HBO compete with growing numbers of streaming services and harnessing data from its phone and TV customers to compete with the biggest ad platforms. He has said AT&T’s subscriber pool offers its media units a broad distribution system.

“The business model does have to change,” he said after winning an antitrust case last fall to buy Time Warner. He will get a chance to make his case to investors Tuesday when he takes the stage at a

Despite the high-profile acquisitions, AT&T shares have been flat since Mr. Stephenson took over. They hit a multiyear low near $27 in December as investors worried about the more than $160 billion in debt the company had accumulated from its acquisitions. The shares had gained 33% this year before Elliott released its letter.

CEO Randall Stephenson took over AT&T in 2007 shortly after the company had acquired BellSouth and the Cingular Wireless joint venture. He has expanded into media by buying DirecTV in 2015 and Time Warner in 2018.

Sam Hendel, president of Levin Easterly Partners, which owns roughly 3.5 million shares of AT&T, said he sees potential, particularly in wireless as 5G networks expand. Time Warner is a great asset, he said, but he agreed with Elliott that AT&T has to add experience in media to the board and senior management.

Elliott, which is run by billionaire

and manages about $38 billion, is known for its 15-year crusade to get Argentina to make payments on defaulted bonds and for battles with chief executives, including at

The Communications Workers of America, a union that represents about 100,000 AT&T employees, said Elliott’s push would cut its workforce. “Anyone who thinks that Paul Singer and Elliott Management intend to ‘deliver far-reaching benefits’ to AT&T’s customers is not familiar with the destruction this vulture hedge fund leaves in its wake,” CWA President

Conglomerates have fallen out of favor on Wall Street, where many investors now prefer nimble, focused companies. Investors this year have valued AT&T, which has about 30% more revenue, a top Hollywood studio and popular cable channels, slightly more than

which has largely stuck to the wireless business. These days, AT&T looks more like

, a cable operator that owns NBCUniversal and Sky.

“When I was there, it was focused on becoming the biggest and best telecommunications company in the world and we sort of stuck to what we knew,” said Edward Whitacre, who as chief executive from 1990 to 2007 rebuilt AT&T into a nationwide giant by snapping up regional Baby Bells. “But time has moved on and maybe they made the decisions that they had to make.”

Last month, one of AT&T’s top executives, John Donovan, announced his plan to retire after finding out he wasn’t getting the top job. Soon after, AT&T’s board met to approve the promotion of John Stankey, one of Mr. Stephenson’s longtime allies, to a newly created role of president and operating chief, making him the heir apparent.

Mr. Stankey, 56, joined one of the Baby Bells in 1985 and rose through the ranks. He and Mr. Stephenson share a friendship built through more than two decades as the regional phone company grew into the second-largest wireless carrier in the U.S.

Mr. Stankey backed the DirecTV deal and inherited the top post there and at Time Warner, where he took the helm last year. The move pushed aside veteran executives in each company. He has clashed with those below him, according to former executives, and seen by some as imperious. HBO boss

The board voted unanimously to approve Mr. Stankey’s promotion, spurring Elliott to go public with its stake, according to people familiar with the matter. The hedge fund had been studying AT&T since the Time Warner deal. It viewed the promotion of Mr. Stankey to oversee both media and companywide operations as hasty, the people said.

“I’m a Stankey fan,” said Mr. Whitacre, the former AT&T CEO, who described him as a smart strategic thinker.

AT&T will resist any attempt to dictate its executive suite, according to people close to the company. Board members see room to improve AT&T’s performance but support Mr. Stephenson’s strategy and praise Mr. Stankey’s leadership, according to a person familiar with the board’s thinking.

“There aren’t many people from the outside who would be obvious candidates to run a complicated media and communications business,” the person said. “A lot of people who run media companies don’t know anything about operating a telecom business.”

That raises the prospect of a protracted, monthslong battle between the corporate behemoth and the hedge fund.

AT&T is working with Goldman Sachs bankers, among others, to mount a defense against a potential proxy fight.

“I don’t think there’s going to be much management change until there’s blood in the street,” said an investor familiar with AT&T’s leadership.

When Mr. Stephenson took the reins of AT&T in 2007, there were no more Baby Bells to adopt. Regulators thwarted a 2011 attempt to buy wireless rival

In search of growth and cash flow to sustain AT&T’s needs, including what is now a nearly $15 billion annual dividend, Mr. Stephenson looked to entertainment.

He closed the purchase of DirecTV in 2015, which turned out to be near the peak of the pay-TV market. There was internal disagreement over prospects of the newly enlarged business, which had amassed 26 million U.S. subscribers. A board-level presentation in early 2014 warned that the number of pay-TV households were “likely at their peak and expected to decline.” 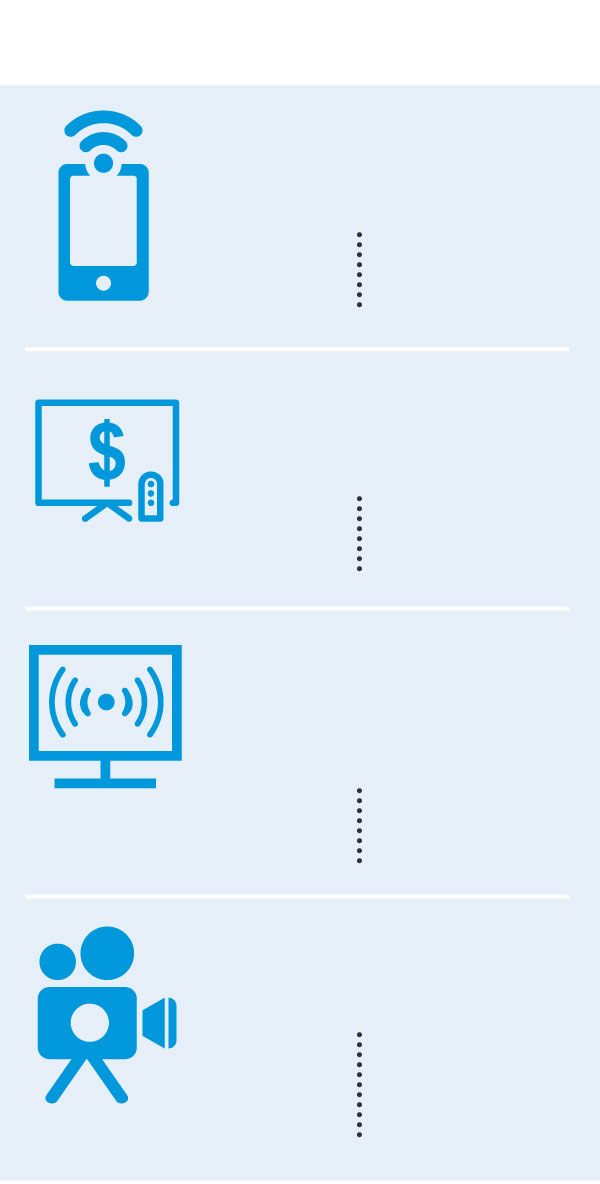 AT&T’s overall TV business has shrunk, and losses have accelerated. Analysts expect AT&T to end the year with fewer than 22 million paying TV customers in the U.S.

Elliott is seeking shareholder support to press AT&T to sell the DirecTV business, according to people familiar with the matter. Industry M&A experts said it would likely be valued at less than $25 billion, excluding debt, about half of what AT&T paid.

If it were put up for sale, there would be few interested buyers. AT&T finance chief

said Wednesday that a hookup between DirecTV and satellite rival

has been tried already. “From a regulatory perspective,” he said, “it hasn’t been successful.”

AT&T has tried to impose a telephone-company culture on a creative company, a former Time Warner executive said.

A WarnerMedia spokesman said top executives who left the company all departed for different reasons, and he cited a deep pool of writers, directors and other creative talent working for the media unit.

Mr. Stankey, along with his promotion to chief operating officer, remains CEO of WarnerMedia. He replaced the leaders of HBO, Turner and Warner Bros., seeking to break down fiefs and develop a single strategy. He brought in former NBC programming executive Robert Greenblatt and reduced a 600-person Time Warner corporate office to fewer than 100.

Elliott criticized AT&T for pushing out much of the leadership at DirecTV and Time Warner, a sentiment shared by some current and former executives. AT&T stalwarts disagree, saying key people continue to work at both units.

This week, Mr. Stankey secured a content partnership with Hollywood director and producer J.J. Abrams, who signed with WarnerMedia over other suitors including Apple, a person familiar with the deal said.

Mr. Stankey’s biggest initiative, a streaming service that can compete with Netflix, as well as new offerings from

and Disney, has yet to launch.

Soon after the Time Warner deal closed, Mr. Stankey detailed plans for a three-tiered streaming service with graduated pricing and varied content. He sought little input from top executives at Warner Bros. and HBO, blind-siding them with the announcement, people familiar with the process said.

By June, Mr. Stankey had to backtrack.The three-tier plan was confusing both to the industry and inside the company, and rivals were coming out with simple, single-priced offers. AT&T now plans one service, called HBO Max, which will include HBO shows and other Warner content, including “Friends.” It is expected to cost more than $15 a month, according to people familiar with the project.

Inside the company, some executives have been confused by the shifting strategy on streaming. Strategy sessions for HBO Max in June were supposed to clarify the company’s approach. Yet many who attended left with many questions unanswered on topics that spanned pricing to programming, according to a person familiar with the matter.

—Lillian Rizzo and Joe Flint contributed to this article.