A widely watched U.S. recession signal has been blinking red for months now. Yet the performance of that gauge, the yield curve, in Britain suggests it is less worrisome than the American experience indicates.

This signal is a bond market phenomenon called an inverted yield curve, which means long-term government bond yields are below short-term interest rates. Since the 1970s, it has appeared before every recession. But in Britain, the yield curve has inverted without a recession, for reasons that might be at work in the U.S. bond market today. Indeed, it might explain why other data, such as the stock market, aren’t sending similarly downbeat signals.

Short-term rates are mostly under the control of the central bank, while long-term bond yields are driven by investors. Normally, long term rates tend to be higher than short ones, to compensate investors for tying up their money for more time, with all the additional uncertainty that involves in terms of inflation, economic growth and monetary policy.

But when investors believe there’s a recession coming, that relationship can flip. They flee to the safety of bonds over riskier investments such as stocks. When demand pushes the price of bonds up, their yields go down. Investors, in these circumstances, also expect the central bank to cut interest rates to try to counteract a weak economy. Such a step would restore the normal relationship.

Every time the U.S. 10-year Treasury yield has sustained a drop below the three-month T-bill since the 1970s, a recession has followed. There have been no false positives.

In the U.K., a decline in the yield on 10-year gilts (as British government bonds are known) below the two-year has foretold the last three recessions in that country. (Yield curve analysis in Britain focuses on the two-year gilt on the short end.)

The U.K. yield curve also inverted in the mid- and late 1980s with no recession occurring soon after. It was inverted for the better part of 1998 to 2002. Recessions hit elsewhere, including the U.S. and Russia, but the U.K. economy held up and even boomed for some of that time, helping to earn the “Cool Britannia” nickname.

False positives for recession have long been a problem for the U.K.’s yield curve. 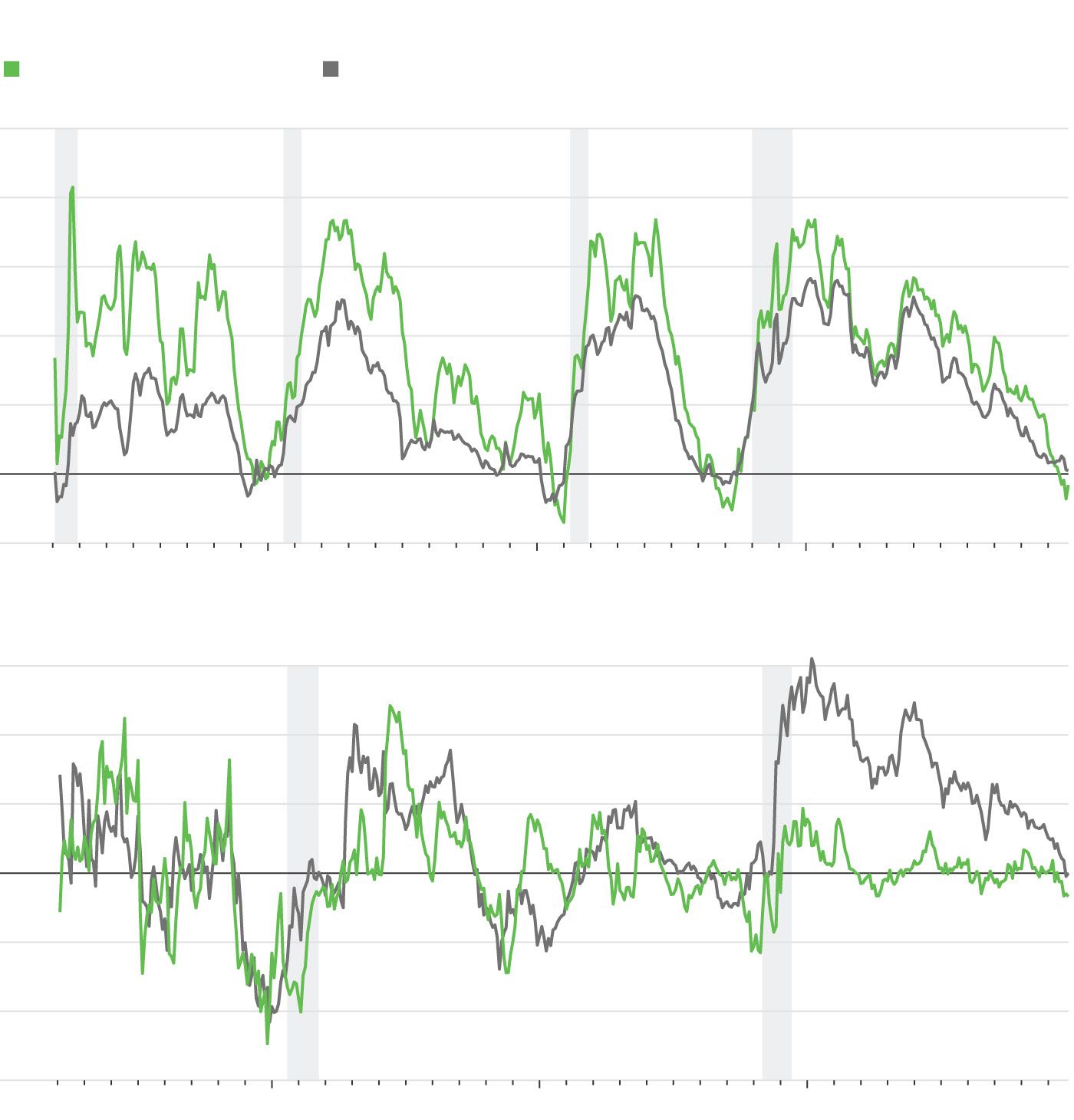 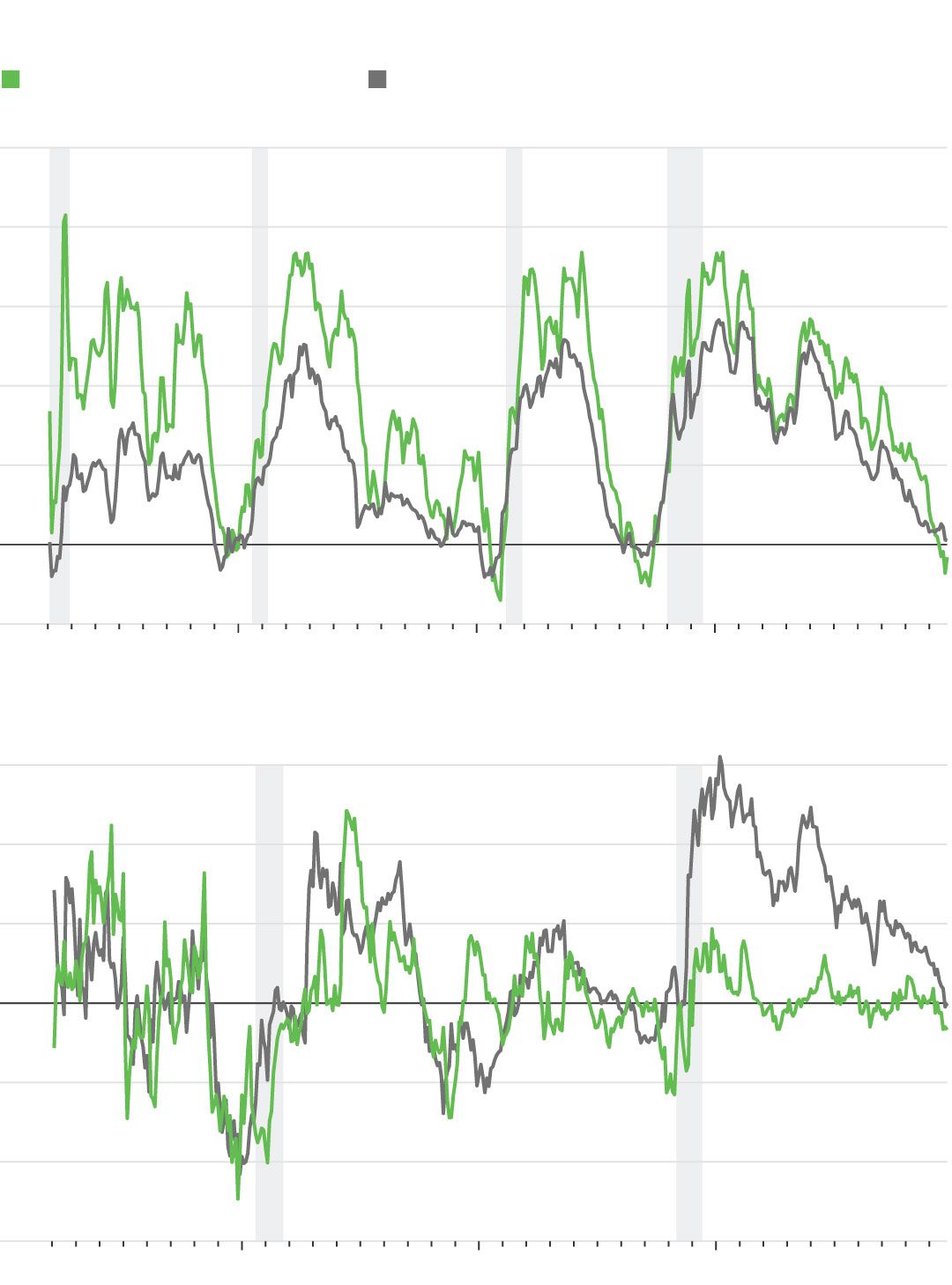 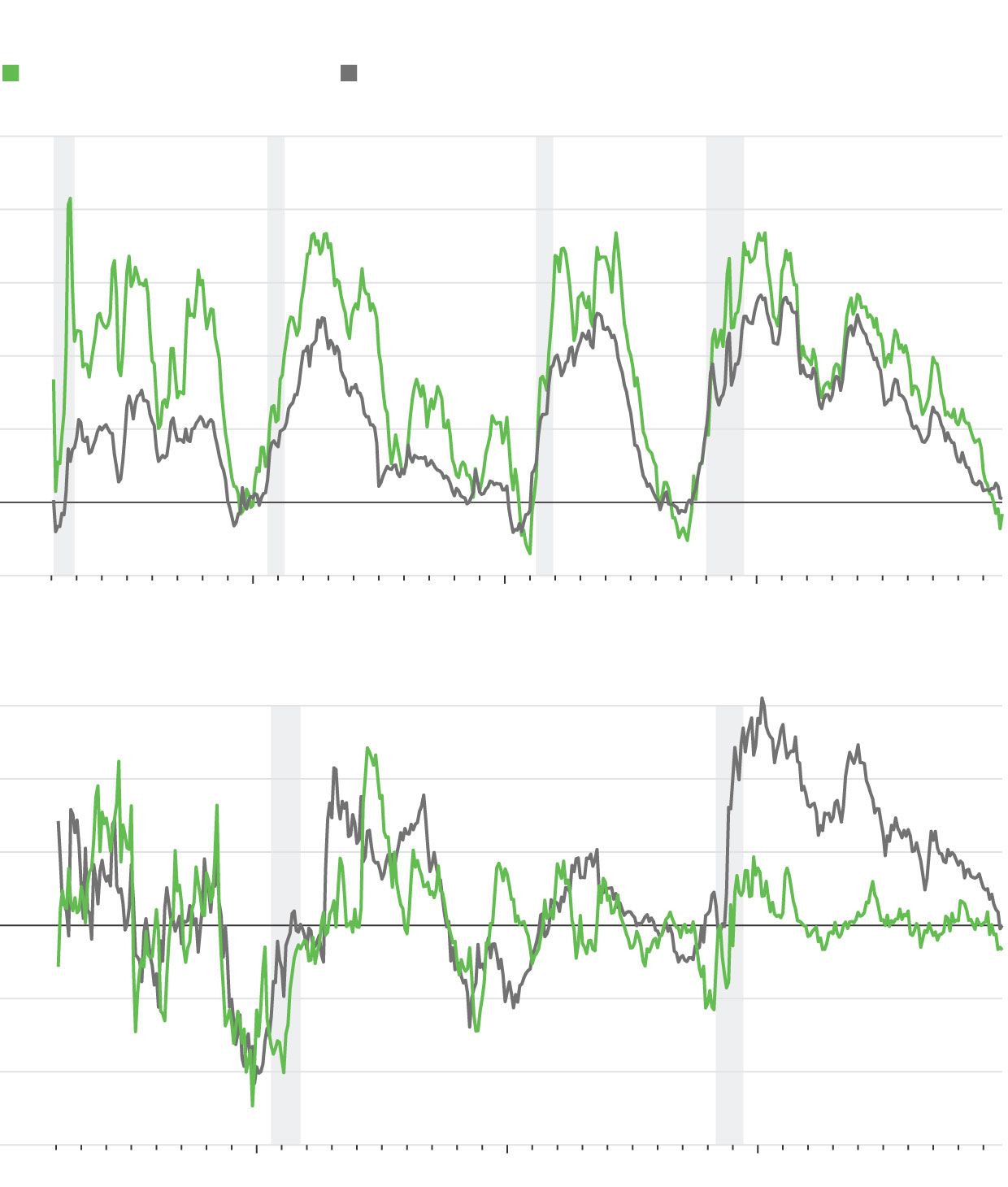 These false positives illustrate that factors other than recession fears or domestic monetary policy can trigger curve inversion, said

New rules imposed on pension funds in the U.K. after 1997 pushed them toward bonds and away from large holdings of stocks. Similar measures affected insurers. As a result, demand for gilts rose, while at the same time supply shrank as the government had relatively low deficits and therefore less need to issue gilts.

Some economists and financiers say new post-financial crisis regulations have steered banks and insurers into holding more government bonds, which regulators view as less risky than other assets.

External forces also hold sway in the U.K. “Global bond yields pull gilt yields around with them,” said Mr. Wishart. With recessions elsewhere in 2001, foreign central banks cut rates, sending their bond yields down. Investors looked to the U.K., where rates were higher. Their buying weighed on gilt yields, inverting the yield curve.

How can the U.S. use the lessons learned from the U.K. to make decisions about the economy? Join the conversation below.

Some of those same factors could be at work in the U.S. now. Investors typically expect government bonds to rise in value during a downturn as yields decline. With yields in Europe already in record-low or negative territory even before a recession hits, investors may no longer believe European bonds can act as a hedge against falling equity prices, said Scott Theil, managing director and deputy chief for fixed-income investment at BlackRock. They may be buying U.S. Treasurys for their better returns, helping nudge their yields below short-term rates.

That’s not all. The compensation investors receive for tying up their money in long- instead short-term bonds, is called the term premium. If investors see little risk of inflation climbing meaningfully in the future, they may accept a low or even negative term premium. That translates into lower bond yields and more frequent inversions of the yield curve.

From the 1990s until the financial crisis, the U.K. term premium has tended to be lower than in the U.S. Some economists say the Bank of England’s inflation targeting, initiated in 1992, reduced the risk of rampant inflation and sudden increases in interest rates, thereby reducing the term premium. In the U.S., the term premium has since followed its U.K. counterpart.

While the British experience weakens the reliability of a yield-curve inversion as a recession indicator, it doesn’t make it a useless bellwether. It can indicate a slowdown even when that doesn’t develop into a recession, as was the case in 2000. Americans shouldn’t ignore the inverted yield curve: Even if it doesn’t presage a storm, bad weather may still be on the way.

Write to Anna Isaac at anna.isaac@wsj.com

Cancel reply
Afghans Head to the Polls Despite Threat of Taliban Violence
These College Friends Pledged to Stay in Touch—60 Years Later, They Still Do