In recent years, investors have been flocking to low-cost index funds, driven by their long-term record of outperforming higher-cost actively managed funds.

But the trend isn’t quite as strong for clients of Wall Street brokers.

The difference is fairly clear-cut. A report released last month by Cerulli Associates shows brokers at four major Wall Street firms have just 29% of their clients’ managed-fund assets in passive index funds—well below the 45% passive rate for independent investment advisers.

The gap is even wider for regional and independent brokerage firms, which have smaller average account sizes and passive percentages of only 22% and 20%, according to Cerulli, a research and consulting firm.

By comparison, passive funds account for about 40% of all mutual funds’ and exchange-traded funds’ assets, and in August they topped 50% of all U.S. stock funds’ assets, according to Morningstar, the fund-research firm. The four big firms in the Cerulli surveys are

the Merrill unit of

Securities-industry experts say the difference can be explained partly by Wall Street’s historical sales culture, with brokers wanting to show clients their skill in picking money managers. In addition, there’s the raw fact that some brokers and their firms can still get paid more in commissions and other compensation with active funds than passive ones.

Some critics go further, noting that independent advisers, formally known as registered investment advisers, are largely paid by fees, not commissions, and they are held to a higher “fiduciary duty” standard requiring them to put clients’ interests ahead of theirs. Meanwhile, brokers paid by commission have only been required to recommend investments that are “suitable” for clients.

That means, critics argue, that some brokers might be more inclined to pick higher-cost investments that generate commissions but that might not perform as well.

“It’s definitely possible that registered investment advisers’ being subject to a fiduciary standard would lead them to choose index funds more often than brokers who do not have the same standard,” says

The 2019 Cerulli survey is based on responses from 1,200 brokers and advisers. The active/passive percentages apply to client assets run by outside managers—mutual funds, exchange-traded funds, commingled funds and separately managed accounts. But the percentages don’t apply to the individual stocks and bonds chosen by the clients or their advisers.

Many brokers still get paid with commissions, and 28% of all active mutual funds sold to individual investors can still generate commissions, according to data from ISS Market Intelligence, a money-management research division of Institutional Shareholder Services. Fewer index funds are generally sold with commissions.

Registered investment advisers, by contrast, are mainly paid via an annual fee, usually a percentage of client assets. Cerulli says commissions represent 32% of big-firm brokers’ pay, and even more at 40% to 41% for brokers at smaller firms—but only 5% of independent advisers’ pay.

While many big-firm brokers paid by commission aren’t held to fiduciary standards, those paid by annual fees are considered fiduciaries. The Obama administration sought to hold brokers advising on retirement assets to a fiduciary standard, but the Trump administration has instead adopted a new yardstick, effective next year, requiring all brokers to act in the “best interest” of clients. 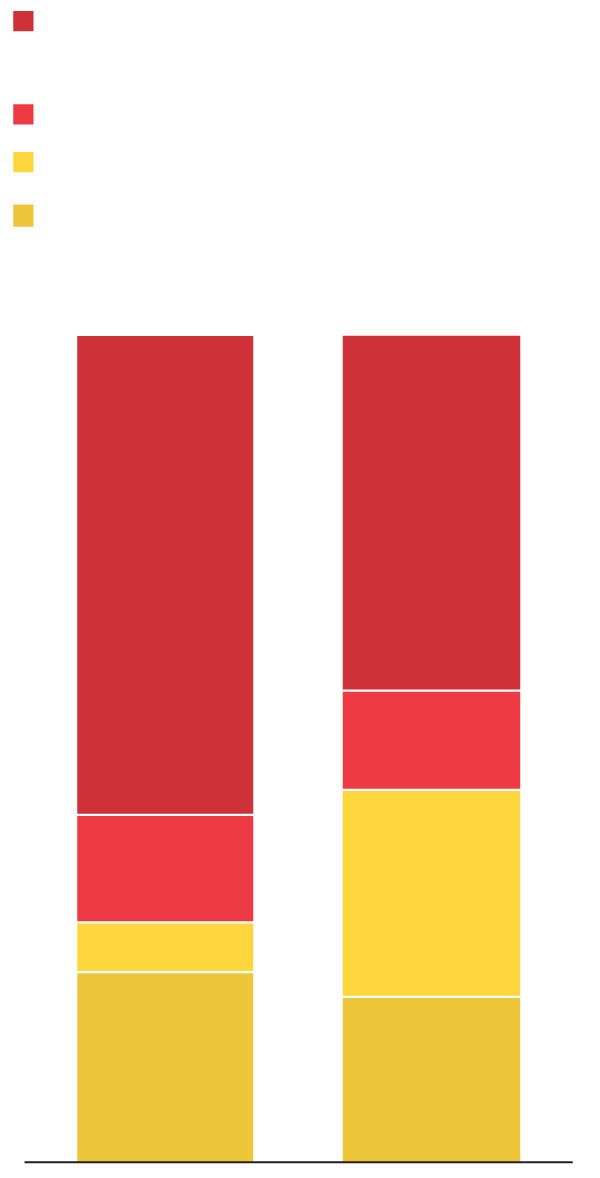 “They may recognize that it’s tough to beat the index, but many will look to do better” if that matches the client’s goals and risk tolerance, Mr. Knoll says. “Maybe you have a bigger appetite for risk and you want a broker who’s going to help you try to find that diamond-in-the-rough stock.”

founder of SpringReef LLC, which evaluates financial advisers for wealthy families and nonprofits, says the big firms’ active tilt partly reflects a legacy Wall Street sales culture where brokers have “built relationships with their clients around these outside managers.” He also notes that higher-fee active managers often make “pay to play” payments to big firms for access to information about their brokers and clients.

Indeed, the two largest Wall Street firms, Morgan Stanley and Merrill, curtailed their brokers’ use of mutual funds from the largest index sponsor, Vanguard Group, a few years ago, after Vanguard balked at making such broker-access payments to the two firms. (Vanguard declined to comment.)

None of the four Wall Street firms would say what percentage of their client-fund assets are in passive vehicles, or comment directly on the Cerulli data. Wells Fargo says its advisers offer a mix of active and passive funds “designed for each client’s unique needs.”

Large brokers acknowledge the passive tsunami, but still argue for active. “While passive investing has grown in popularity over the last few years, Morgan Stanley Wealth Management has found that in many cases active management may help investors improve their risk-adjusted returns,” especially in periods of market stress, Morgan Stanley investment strategist

Despite the arguments that big brokerage firms make about the benefits of active management, they are going against the tide. The flows of new investor dollars into passive index funds have swamped actively managed funds for the past decade, accelerating in the past five years.

From 2014 to 2018, investors pulled $738 billion from active funds and sent $2.5 trillion into passive, according to Cerulli and Morningstar. However, active funds still hold 60% of the $19 trillion universe of all U.S. mutual funds and ETFs—the cousins to mutual funds that trade all day like individual stocks.

an independent adviser at Bingham, Osborn & Scarborough in San Francisco, sees about 10 portfolios a year of new clients with accounts formerly at big Wall Street firms. Those accounts commonly have just 10% to 25% in passive funds, she says, with the remainder allocated to outside managers and funds with commissions and marketing fees “which compensate the adviser.”

Another fund-industry consultant, Broadridge Financial Solutions, found a similar pattern in which independent advisers put more client funds into passive vehicles than big-firm brokers by a margin of more than 2 to 1 in the 18 months ended in June 2019. Data from ISS Market Intelligence also shows brokers use passive less often than registered investment advisers.

Independent advisers “were the first to embrace index funds, since they aren’t paid by commission,” says

head of U.S. Insights at Broadridge. Wall Street brokers have been able to follow, to a lesser extent, as many of them have adopted fee-based pricing as well, he adds.

And Dr. Boyson, the Northeastern finance professor, notes that some brokers might fear losing a client who is put in a passively managed Vanguard fund, especially since Vanguard has grown more aggressive in pitching its own advisory service. “If the client sees a Vanguard fund, they might think, ‘Oh, I can just go to Vanguard and save a lot of money.’ ”

Mr. Smith, a former financial reporter for The Wall Street Journal, is a writer in New York. He can be reached at reports@wsj.com.