officers for a summit north of New York City last month, the chief executive had a message for them. He wasn’t going to dismantle their company.

Now it had a new CEO, an outsider known for running his previous company as a collection of independent businesses orbiting a small central staff.

He put up a slide showing two organizational extremes. On one end was a top-down, centralized management structure, similar to the way GE had operated for years. The other end, he said, would be

sitting with just a handful of staff.

Mr. Culp said he had heard concerns from his lieutenants about moving GE in the direction of a decentralized corporate structure, as his predecessor seemed to be doing. Then he said he agreed with the concerns—and he wasn’t going to do it.

It was the first time Mr. Culp, GE’s first outsider boss in its 127-year history, laid out his vision to the executives atop the conglomerate’s power turbine, jet engine and other factories.

He told them he would be streamlining the operations at GE and shrinking its bureaucracy. The 300,000-employee company had seen its corporate layer balloon to 26,000 by the time Mr. Culp first joined as a board member in 2018. So far, he has moved about half of those corporate-level people into individual businesses and is giving the business units more autonomy.

Yet, according to people familiar with the meeting, he said he saw a significant role for a refocused corporate operation at the industrial giant, leaving intact the structure that stretches back to its 19th-century beginnings. Though headquarters will be smaller, it will continue to oversee capital allocation, talent and technology.

In short, Mr. Culp’s plan is to fix GE instead of breaking it apart, as some people inside and outside the conglomerate expected. And in doing so, he is treating GE like any other company—hiring from the outside and importing management strategies. The question is whether his deliberate approach will be enough to address GE’s big problems.

At the early-September conference, held at GE’s leadership academy in Crotonville, N.Y., Mr. Culp urged executives to be candid about problems they encountered. It was an implicit repudiation of the culture of optimism that insiders say defined GE under former longtime CEO

which was dismissed by some as “success theater.” Mr. Culp has said he doesn’t want executives contorting to meet financial goals or please bosses.

From Mr. Immelt’s mid-2017 resignation until a year ago,

a 30-year company veteran, led GE. The board approved Mr. Flannery’s plans to sell off the company’s century-old locomotive division, exit the oil and gas business and spin off the health-care unit. Mr. Culp, named CEO in place of Mr. Flannery on Oct. 1, 2018, largely stuck to that outline in his first year, except he kept the part of health care that makes hospital equipment and sold the biotech part to the company he previously ran, Danaher Corp.

He has made other moves to reduce debt. On Monday, GE said it would freeze its U.S. pension plan for about 20,000 salaried employees and make other moves that would cut its net debt by up to $6 billion.

One thing that hasn’t changed much is GE’s depressed share price. The stock, which traded around $14 when Mr. Culp took over and fell to near $6 in the market slump last December, has languished below $10 for much of this year. The company’s market value has shriveled to roughly $75 billion from nearly $600 billion in 2000. 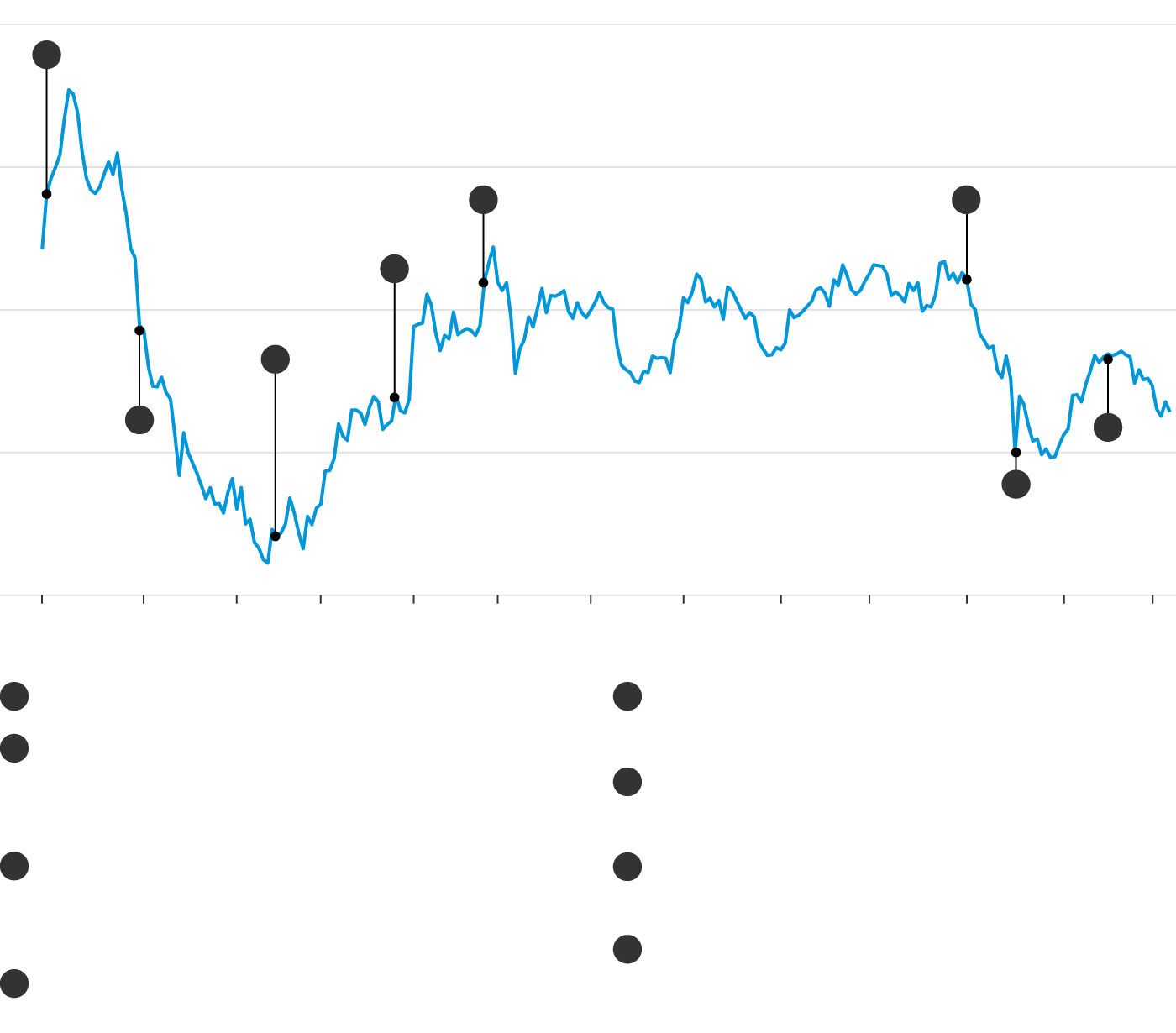 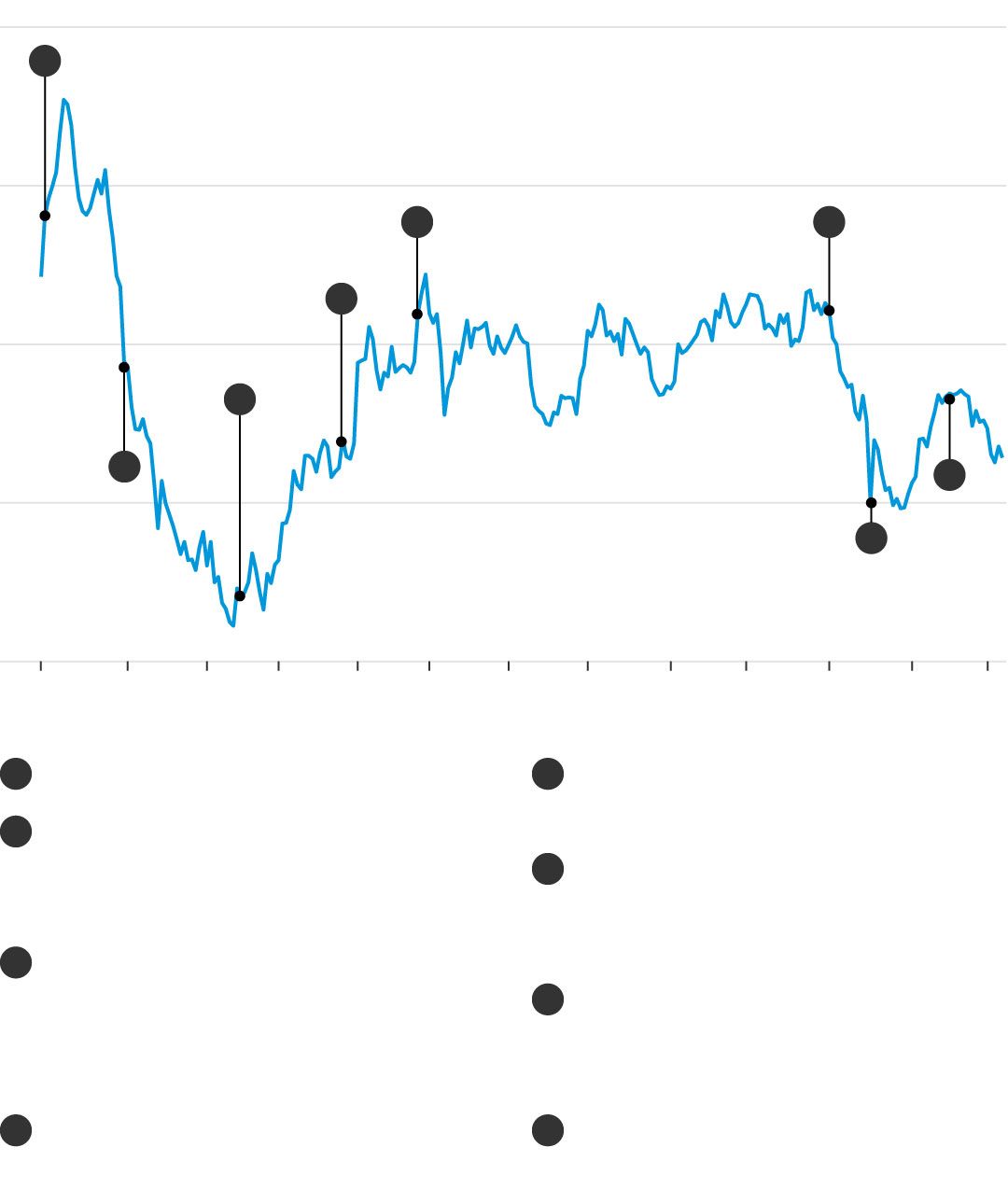 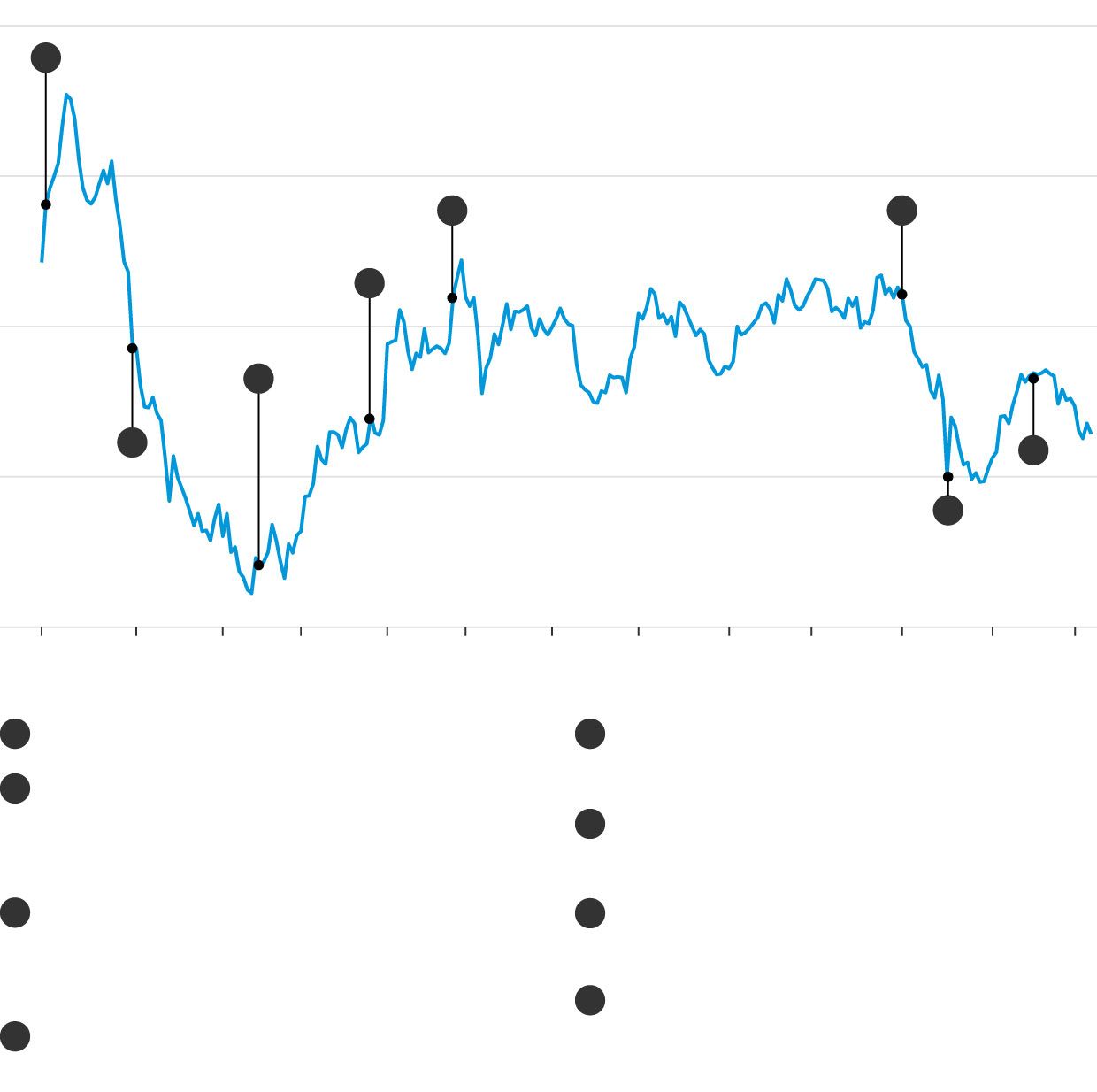 While company veterans still run major business units, Mr. Culp has hired outsiders for human resources, investor relations and the digital business. He has said he would hire a new finance chief, also expected to come from the outside. Surrounding himself with new advisers, he fired longtime bankers who had overseen major acquisitions in the power-turbine and oil markets that proved disastrous.

He has continued to revamp the board, which before Mr. Culp’s tenure blessed the ill-fated deal-making as well as tens of billions of dollars in stock buybacks performed when the shares cost far more than they do now. Seven of the current 10 directors, including Mr. Culp, have joined in the past three years.

Some of the moves are typical for an outside CEO coming to a troubled company, but they run against GE’s tradition of cultivating its own talent.

The new CEO is bringing new tools for the job, such as his adherence to lean-manufacturing practices, developed at Toyota Motor Corp., which center on an approach known as kaizen. The system focuses on seeking continuous improvement through in-depth sessions to assess employees’ progress. GE itself, In its glory years, was considered the lodestar of management excellence.

Danaher, which Mr. Culp ran from 2001 to 2014, and which is far smaller than GE, was among the first U.S. companies to adopt lean-manufacturing practices, in the 1980s. That was a decade before GE’s celebrated former chief

Now Mr. Culp has begun rolling out Hoshin Kanri, a Japanese strategic-planning process that is part of lean manufacturing. Hoshin Kanri holds that all workers should understand the company’s strategy and how their role can contribute to it, enabling feedback and improvement to come up from lower levels.

Such programs seek to find small adjustments that will add up to large change over time. They are an approach that might expose lackluster operations, such as when Mr. Culp found that GE was spending over $100 million a year on premium shipping services to compensate for delays in getting orders out of factories on time.

“The ironic thing is that most of what he has to do is re-instill the cultural and managerial attributes that GE was justly famous for until recently,” said

Mr. Culp has increased oversight of GE’s divisions, requiring formal monthly reviews and encouraging daily management of operations to get away from the end-of-quarter rush to make financial targets. Earnings per share, once the most important metric at GE, are viewed as a result that comes from managing the operations.

At GE’s Boston headquarters these days, there are constant reminders a newcomer is in charge. For one thing, the CEO often isn’t around. He drops in on manufacturing plants, sometimes alone and without warning, where he walks the floor to size up employees and how they work.

In May, he took GE Vice Chairman

the leader of the aviation business, to observe

’s midnight sorting process in Memphis, Tenn. The goal was to understand how GE’s aviation business fits into the operations of a customer.

Separately, Mr. Culp discovered a weekslong gap between the time GE’s Aviation division completed work and when its customers were billed, he told investors earlier this year. He said GE has cut the gap by a third.

What does GE need to do to become a stellar blue chip company again? Join the conversation below.

Mr. Culp has spent much of the past year focused on the power division, a $27 billion business that has been at the core of GE’s financial and operational problems. Saddled with excess gas-turbine inventory after misjudging demand several years ago, the unit has burned through billions of dollars as sales slid.

The power business is working through poorly structured deals that were signed to grab market share. And securities regulators are investigating how the division accounted for service contracts and a $22 billion write-off related to the 2015 acquisition of French company

In one of his first moves, Mr. Culp split the power division, separating the gas-turbine and services division from the rest. He has merged smaller operations into bigger ones, cut a thousand jobs this year and pushed leaders to continually hone processes.

He wants GE to sign deals with better economics even if this means passing on some business, and to make sure it delivers on the agreements, such as by avoiding missed deadlines and penalties. He has said it will take years to turn around the power division’s performance and work through its backlog of troubled contracts.

An internal probe two years ago found that in at least two quarters, GE recorded sales of mobile power turbines to a customer in Angola before they were transferred, according to people familiar with the investigation. It found that nearly $100 million of sales had been prematurely booked, usually just as a quarter was ending, and needed to be moved to different periods, one of the people said.

The accounting adjustments weren’t disclosed because they were deemed immaterial to a company with well over $100 billion in annual revenue, according to those familiar with the review, who added that the probe prompted changes to accounting policies.

Among executives questioned by internal investigators was

the CEO of the Gas Power division. Through GE, Mr. Strazik declined to comment.

In late July, GE raised its cash-flow projections. Executives said the power business wouldn’t burn through as much cash as feared.

The next month, the company faced an attack by Harry Markopolos, an accounting expert working with a hedge fund short seller. Mr. Markopolos’s group issued a lengthy report questioning several aspects of GE’s accounting and claiming it was short on working capital, sending its shares plunging 11% in a day.

Mr. Culp struck back, calling Mr. Markopolos’s analysis flawed and accusing him of market manipulation. GE said it was confident its accounting was proper. Several major investors and Wall Street analysts said they agreed with GE. The stock has recovered much of the loss.

and former GE director, lauded Mr. Culp’s approach as similar to Mr. Welch’s and said he was impressed that Mr. Culp bought GE shares for his own account after the Markopolos report knocked their price down.

His “priorities are spot-on,” said Mr. Langone, who added he recently bought GE shares for the first time in 14 years.

It may take time for other investors to bet on GE again. Financial advisory firm Medley & Brown LLC in Jackson, Miss., is the sort of outfit that once would have had GE’s stock in every client portfolio because of its reliability and dividend.

Now it doesn’t own any GE shares for client accounts, said

a financial adviser at the firm, and few clients ask about the former blue chip. “Nobody sits around and wonders why I don’t own something that has lost that much value,” he said.