Food and beverage companies are combing through their garbage looking for potential profits.

are among the industry giants developing foods and drinks from foodstuffs like cocoa husks and spent brewing grain that they and their suppliers have long discarded. They’re hoping to attract consumers who say they want companies to waste less and lessen their environmental impact.

“Thinking creatively about food waste can allow for new business development in the supply chain,” says a spokeswoman for Starbucks, which is reprocessing the outer layer of coffee beans into a natural sweetener called cascara.

The market appears to be ripe. Nearly half of U.S. consumers say they want to change their shopping habits to reduce their environmental impact, according to market research firm

Sales of consumer goods marketed as sustainable, simple or organic grew to some $130 billion in the U.S. last year, up 12% from 2015, Nielsen says.

And there is plenty of raw material. U.S. farmers and manufacturers create around 11 million tons of food waste a year, according to ReFED, a nonprofit focused on reducing that amount.

Big, established companies aren’t the only ones that see the potential here. More than 40 companies and organizations have opened in the past five years to turn discarded foodstuffs into new products, ReFED says. And those new products aren’t limited to food. Fabrics, for instance, also can be created from food waste.

is the head of strategic partnerships at JPG Resources, a consulting firm led by former food executives that is helping Michigan’s brewing industry turn spent grains into consumer products. “For centuries this has been fed to pigs,” he says. “We see a better place for it.”

Most new products are still in the development or testing stages. But some already are widely available, including—for now, at least—

’s Yappah brand chicken crisps, which are made from discards that Tyson gathers from its own operations and from other companies. The chips come in flavors like carrot curry, celery and India pale ale white cheddar, which is made with spent grain from beer brewing. The chips are available online from Tyson and on

after a test run in a Chicago supermarket last year. But Tyson has decided not to move forward with the project currently for reasons including its overall viability, says a Tyson spokeswoman, who declined to elaborate or to comment on sales. Working with waste is still a focus for Tyson, she says.

Mondelez, the maker of Cadbury and Toblerone chocolates, is testing snacks made from parts of the cacao plant that aren’t used to produce chocolate. About 70% of a cacao fruit is discarded after harvesting the cocoa bean within, producing 10 million tons of waste a year, according to Mondelez. That includes the fruit’s sweet pulp, which the company is using to sweeten snacks under a new brand called CaPao. Mondelez is testing demand for those snacks, including a cacao fruit jerky and “smoothie balls”—cacao pulp rolled with nuts and seeds—at farmers markets and at retailers in Los Angeles, and plans to put them on sale more widely in the U.S. this year.

The U.S. generates roughly 63 million tons of food waste annually, at a cost of $218 billion. 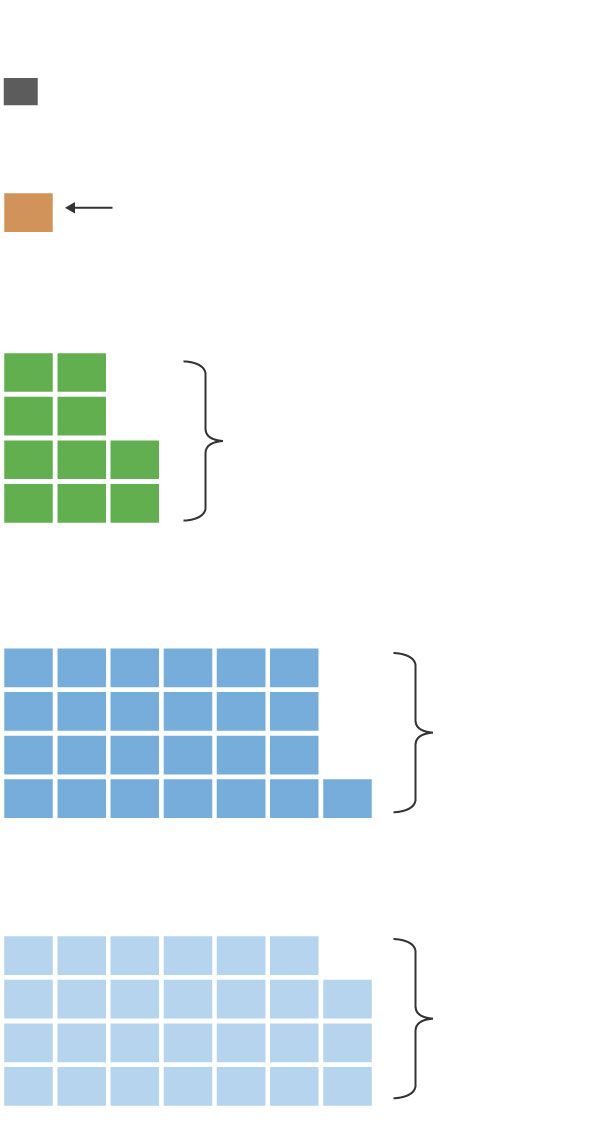 Weight and value of food waste, by location

= one million tons of food waste

Zurich-based Barry Callebaut Group, one of the world’s leading manufacturers of cocoa products, supplies the cacao ingredients for Mondelez’s CaPao products. The Swiss company also announced last month that it is rolling out its own Cacaofruit Experience line of food and beverages made with the whole cacao fruit. And it expects to expand into a new type of chocolate available first to artisans and chefs next year, and later to food manufacturers.

is working with craft brewer Seven Bro7hers Brewery in Manchester, England, to ferment discolored and undercoated cereal that would normally go to animal feed. Seven Bro7hers in June introduced Cast Off Pale Ale, made from Rice Krispies, and Sling It Out Stout, brewed with Coco Pops. The first run of those beers sold out online within hours, a Kellogg spokeswoman says, and more batches have since gone into production.

The world’s biggest brewer, Anheuser-Busch InBev, sells most of the 1.4 million tons of spent grain it generates annually as cattle feed for a low dollar amount. But it’s exploring another use. Last November the company donated 600 pounds of spent grain from its brewery in Newark, N.J., to RISE Products, a startup in New York that makes flour from that material. The brewer is considering donating more grain to RISE as the startup expands sales of its flours, an Anheuser-Busch spokeswoman says. Compared with the overall quantity of spent grain the brewer produces, the contribution to RISE is a negligible revenue loss, she says.

Companies are also turning food waste into fabrics, aiming to win over consumers concerned about the wide use of plastics in clothing and the heavy environmental toll associated with producing other materials, from cotton to cashmere.

is blending plastic with peels, cores and pulp from apple-juicing factories near his plant into a leather-like fabric that is being made into shoes and handbags. The apple waste results in a synthetic leather that uses 50% less plastic than other varieties, Mr. Parth says. Actress

posted a photo of herself wearing a skirt made from the fabric on Instagram in May.

Mr. Parth had been trying to produce glue from the fruit waste when he hit on the formula for the fabric by accident.

“I was too tired to clean up and left a mess, and when I went to the laboratory the next day it came away looking like leather,” he says.

founded her company, Ananas Anam, while developing a formula for an alternative leather fabric called Piñatex made from the leaves of pineapple plants in the Philippines that traditionally are burned or left to rot after harvesting. The company made twice as much of the fabric last year as in 2017 and expects output to double again this year.

Piñatex has been used in products including

shoes and a sustainable-clothing line at Hennes & Mauritz AB’s fast-fashion chain H&M. Hilton Worldwide Holdings Inc. used Piñatex to cover footstools in what the company calls a “vegan hotel room” at its Bankside property in London.

“For the farmers this is not just a solution to the problem of waste that they have but it also brings a new income stream,” says Dr. Hijosa.

Do you see a profitable future for companies that venture into repurposing spent ingredients? Why or why not? Join the conversation below.

Cancel reply
Turkey Begins Offensive Against U.S. Ally in Syria
Executive Privilege: What Are the Limits?