BEIRUT—The U.S. announcement on Friday that it is delivering more missile-defense systems and troops to Saudi Arabia intensifies a face-off with Iran—which has warned that an attack on the country would trigger an “all-out war.”

The Islamic Republic would be a vastly different opponent than it was when the U.S. last targeted the country directly in 1988. Iran now has thousands of missiles, many of them able to reach Israel, into the Mediterranean and, in some cases—according to the U.S.—evade Saudi defenses. It has troops or loyal militias able to fire missiles from Yemen, Iraq, Syria and Lebanon. And it has more than two million regular and special forces, reserves and paramilitary fighters at its disposal.

That puts a range of U.S. military positions under threat, Iran says. “They think they will be safe if they get 400 kilometers away from us,” Iranian commander Brig.

said last month, according to the semiofficial Fars news agency. “But wherever they are, as soon as a war breaks out, we will first put their vessels under fire.”

Iran has since the mid-1980s developed one of the region’s largest and most versatile missile arsenals.

Iran has denied involvement in the Sept. 14 missile strikes on Saudi oil infrastructure, while its allied Houthi forces in Yemen claimed responsibility. But if Washington and Riyadh are correct in assigning blame, Tehran, under pressure from U.S. sanctions, has shown it is willing and able to strike back.

Iran’s missile arsenal is now a cornerstone of its defense strategy. The Islamic Revolutionary Guard Corps, responsible for defending Iran from foreign enemies, operates most of the arsenal.

Some weapons experts say the Saudi oil strike looks like the work of one of Iran’s most advanced missiles, the Soumar. The cruise missile, unveiled by Iran in 2015, has the longest reach in Iran’s arsenal, with a presumed range of 1,200 miles, or 1,800 miles if Iran’s claims are true.

The Soumar is just one of the ways that Iran has transformed its military since 1988, when the U.S. Navy sank two Iranian warships and destroyed an Iranian oil platform in retaliation for a U.S. vessel striking a mine in the Persian Gulf.

Iran has since built up its armed forces to include more than 500,000 troops, including 125,000 members of the Revolutionary Guard Corps, which has ground, air and naval forces. Iran can call on some 350,000 reserves and mobilize paramilitary forces with an estimated 1.5 million people, according to U.S. security analysts such as

a senior defense expert at the Washington-based Center for Strategic and International Studies think tank.

Iran’s conventional military hasn’t kept up with the modernization of regional rivals, but its vast manpower and skill at asymmetric warfare would make an invasion of Iran costly and difficult. 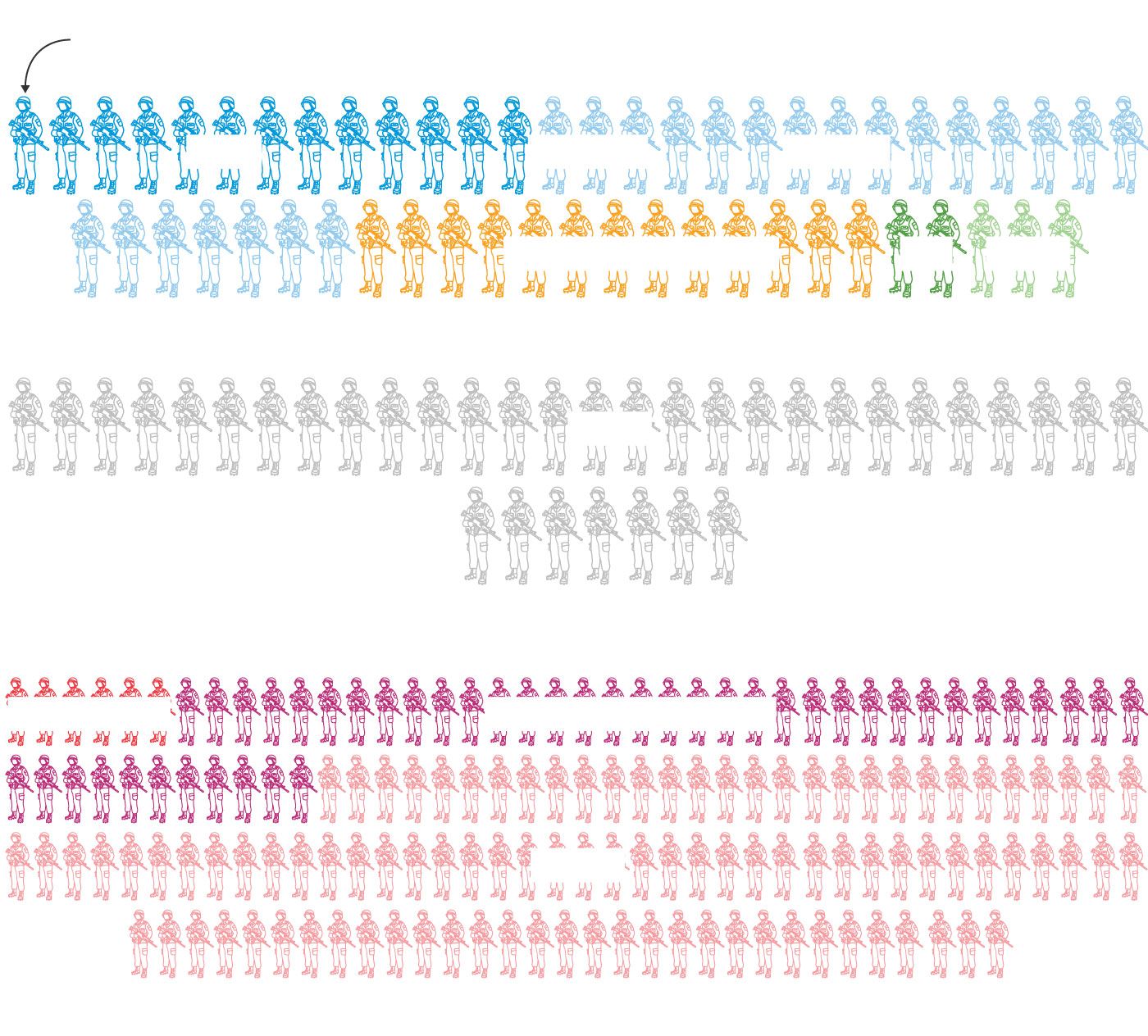 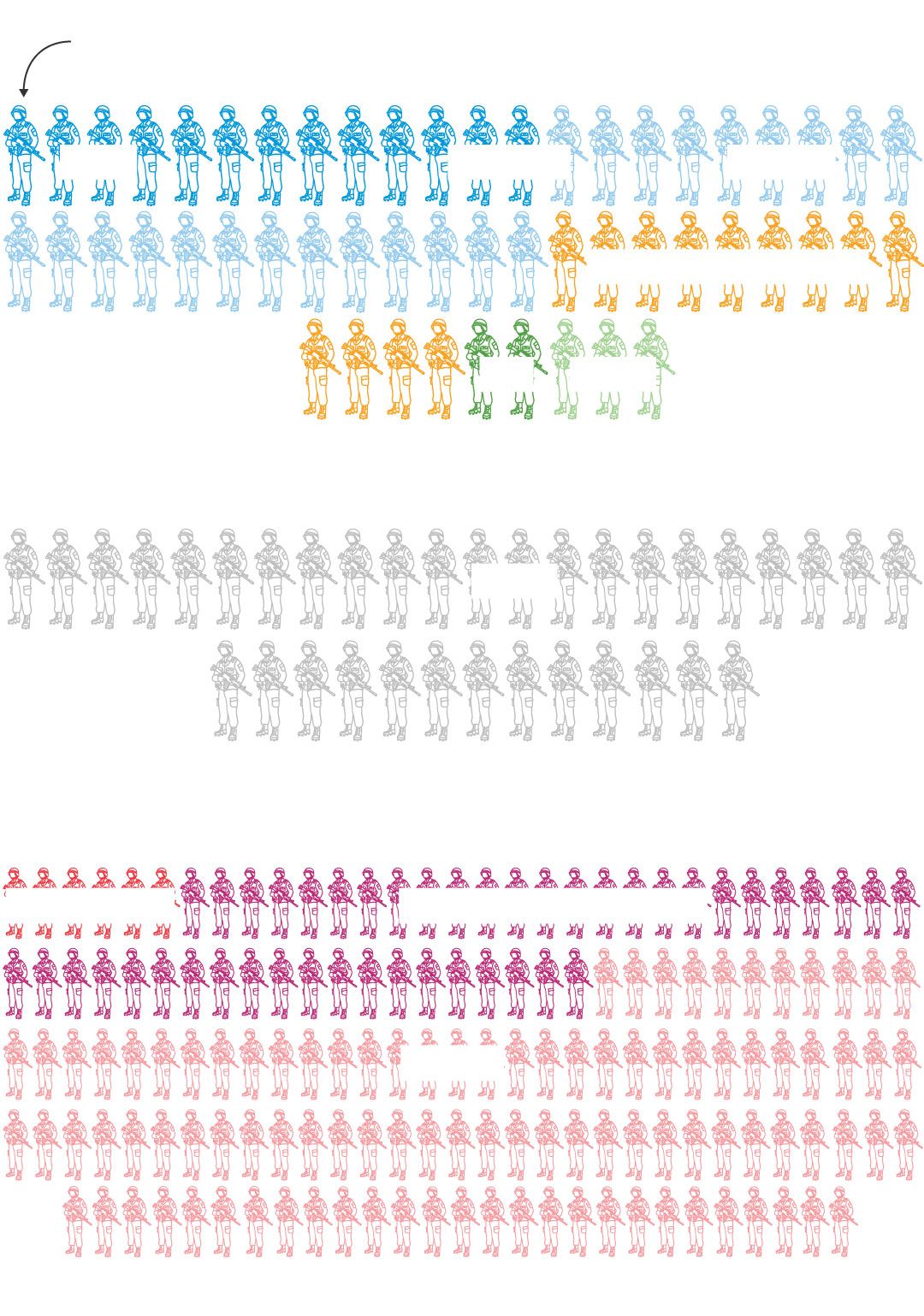 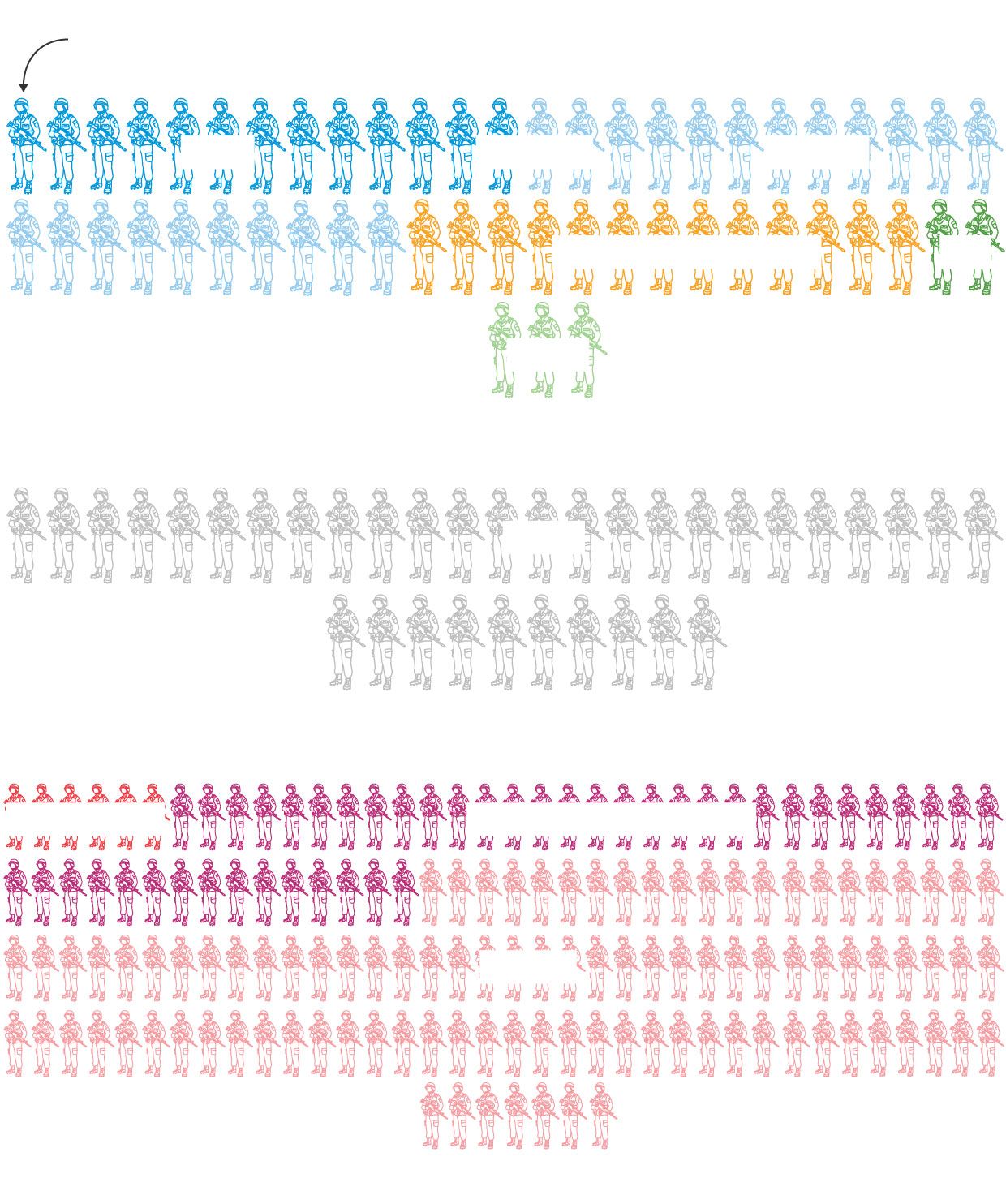 In addition, eight years of fighting in Syria on behalf of President

have provided battlefield training for Iranian forces and fostered closer cooperation between the regular army and the Revolutionary Guards.

“Iran doesn’t really have the logistics to put its troops outside of Iran,” said

a former Central Intelligence Agency analyst and author of a book on Iran’s military history. “But if they’re sitting back in Iran and say you’re going to have to come get us, then they’re very well prepared.”

While the U.S. would vastly outgun Iran in a conventional war, Iran has become proficient in guerrilla-style, asymmetric warfare. A central part of its defense strategy, in which its missiles play a vital part, is to deter attacks from enemies by maintaining a constant threat against them.

The Trump administration, after pulling out of the 2015 multinational nuclear accord with Iran, is trying to pressure Iran into a new nuclear accord that would also curb its missile program and what the U.S. sees as Tehran’s aggression against regional foes.

The U.S. deployments to Saudi Arabia feature Patriot missile systems—designed to cover a specific base or facility—and a Terminal High Altitude Air Defense system, or Thaad, which provides air defenses against ballistic missiles over a broader area.

Several Patriot systems failed to protect the Saudi oil facilities from the September attack, in part because they are designed to intercept missiles flying at a higher altitude and over a longer range than the ground-hugging cruise missiles used in that strike. It is unclear whether the Thaad system, which Saudi Arabia doesn’t currently have, would provide better protection against similar attacks. The Thaad system is designed to intercept missiles that can travel into the atmosphere before hitting their targets, and not necessarily block low-flying cruise missiles.

Tehran’s missile program began under the shah before the 1979 revolution and sped up in 1985 when Iran received its first Scud-B missiles from Libya. As its war with Iraq war heated up, Iran received more Scud-Bs from North Korea and antiship cruise missiles from China, which it used to develop its own domestically produced weapons.

How should the U.S. deal with the military threat from Iran? Join the conversation below.

Iran used most of its missiles during the war. Determined to defend itself against future aggressors, Iran in 1990 signed a 10-year agreement with China to transfer missile technology.

Today, the mainstay of Iran’s operating midrange ballistic-missile arsenal is the Shahab-3 series, which is likely modeled on a North Korean Dong-1, with a range of 600 miles. Since it was first displayed in 1998, the Shahab-3 has spurred several variations, such as the Sejjil, Emad and Ghadr, with ranges of up to 1,200 miles, according to the Congressional Research Service.

The ground-launched Soumar cruise missile is likely modeled on Russia’s air-launched Kh-55, according to the Center for Strategic and International Studies.

Iran also fields several hundred short-range ballistic and cruise missiles. The U.S. says Iran has transferred some of these to Hezbollah in Syria and Lebanon, to Shiite militias in Iraq and to Houthi forces in Yemen.

The Houthis, in particular, have shown awareness of the pain points of Iran’s enemies, and have struck Saudi Arabia multiple times in recent months, including a desalination plant, threatening drinking water supplies, and power plants.

“Iran’s goal will be to show that it’s not going to be pushed around,” said

a proliferation expert at CSIS. “I don’t think Iran has decided how far it wants to go. They try to guess along the way what that threshold is.”

Cancel reply
The Reasons Women Don’t Get the Feedback They Need
Should Consumers Be Able to Sell Their Own Personal Data?