Small steps toward a trade truce between China and the U.S. last week likely aren’t enough to diminish uncertainties that are holding back global economic growth.

Negotiators agreed to put off a round of U.S. tariff increases set for this week but left undecided what will come of an additional round of tariffs scheduled for December or the tariffs on about $360 billion worth of imported Chinese goods already in place. Details on an agreement for China to purchase as much as $50 billion in U.S. agricultural goods were elusive, while disagreements on matters including intellectual-property enforcement and Chinese subsidies to state firms, were unresolved.

Meantime, new fronts in a global trade war are opening, including a U.S. plan to hit European airlines, whiskey, cheese and hand tools with tariffs in October and a potential decision in November on European cars.

Has your business, or one you are a part of, been scaling back due to uncertainty of the economy? How? Join the conversation below.

“A one-step-forward, two-steps-back approach means U.S. businesses will continue to struggle under the burden of tariffs and uncertainty in supply chains,” said

president of the Consumer Technology Association, which includes large television and computer manufacturers. “American businesses thrive when they can dedicate their time and resources to innovating and competing globally, not checking

Economists have for decades theorized that businesses react to uncertainty by pulling back on investment and employment, and a slew of economic data in recent months strongly suggest the theory has become reality.

U.S. job openings, after exceeding 7.6 million in November 2018, had dropped 7.5% by August. Orders for long-lasting goods like trucks and industrial machines dropped 4% between September 2018 and August this year. Exports of goods and services hit a high in May 2018 and dropped 2.6% by August.

Multinational businesses, after spending a quarter-century building supply chains that span the globe, are increasingly holding back expansion until they have a better idea of how a shifting tariff landscape will affect their costs and profit margins.

“We’ve got quite a bit of evidence now accumulated from many sources that this kind of uncertainty puts a damper on investment and to a lesser extent a damper on hiring,” said Steven Davis, a University of Chicago professor who studies the impact of policy uncertainty on economic activity. 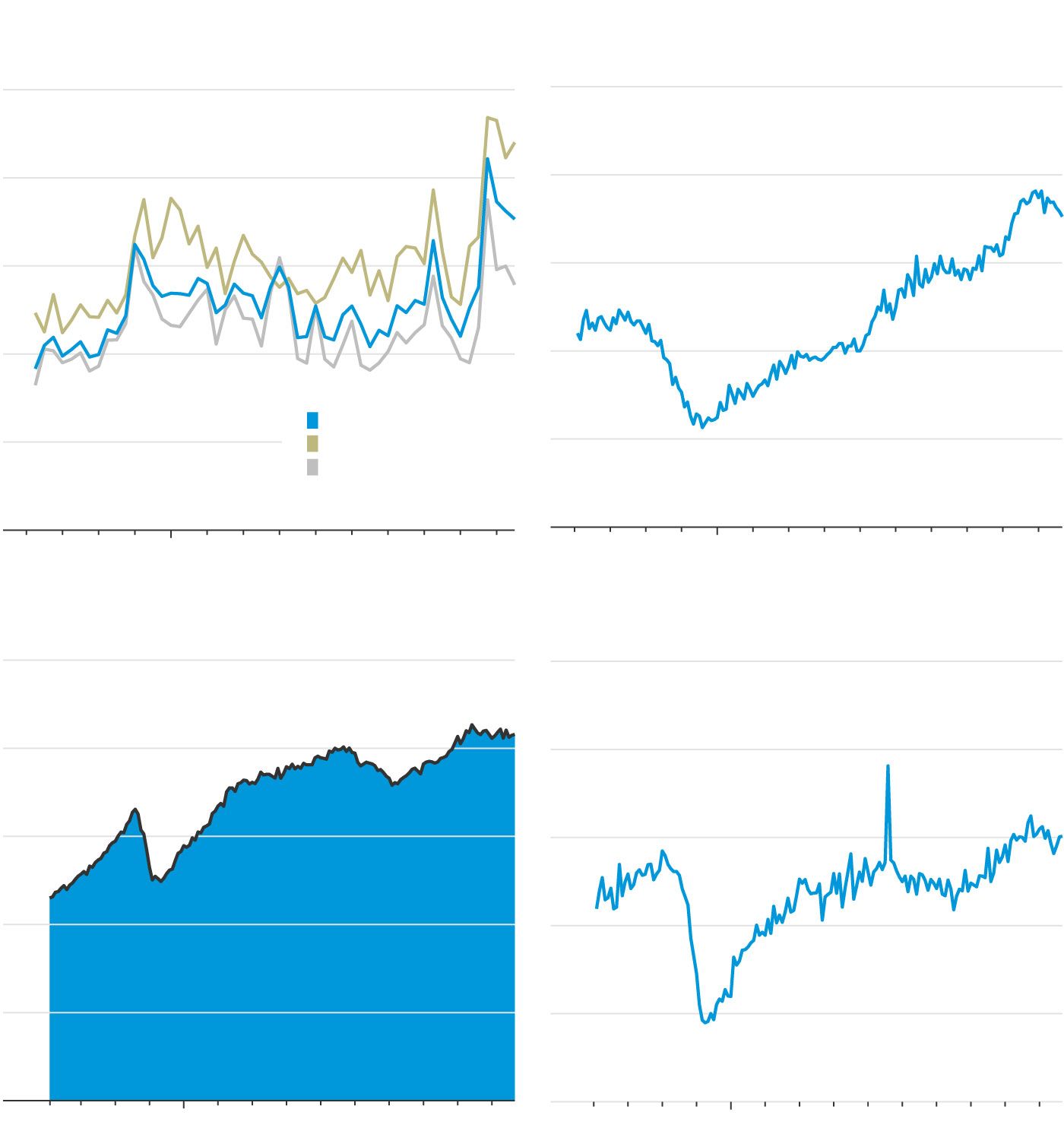 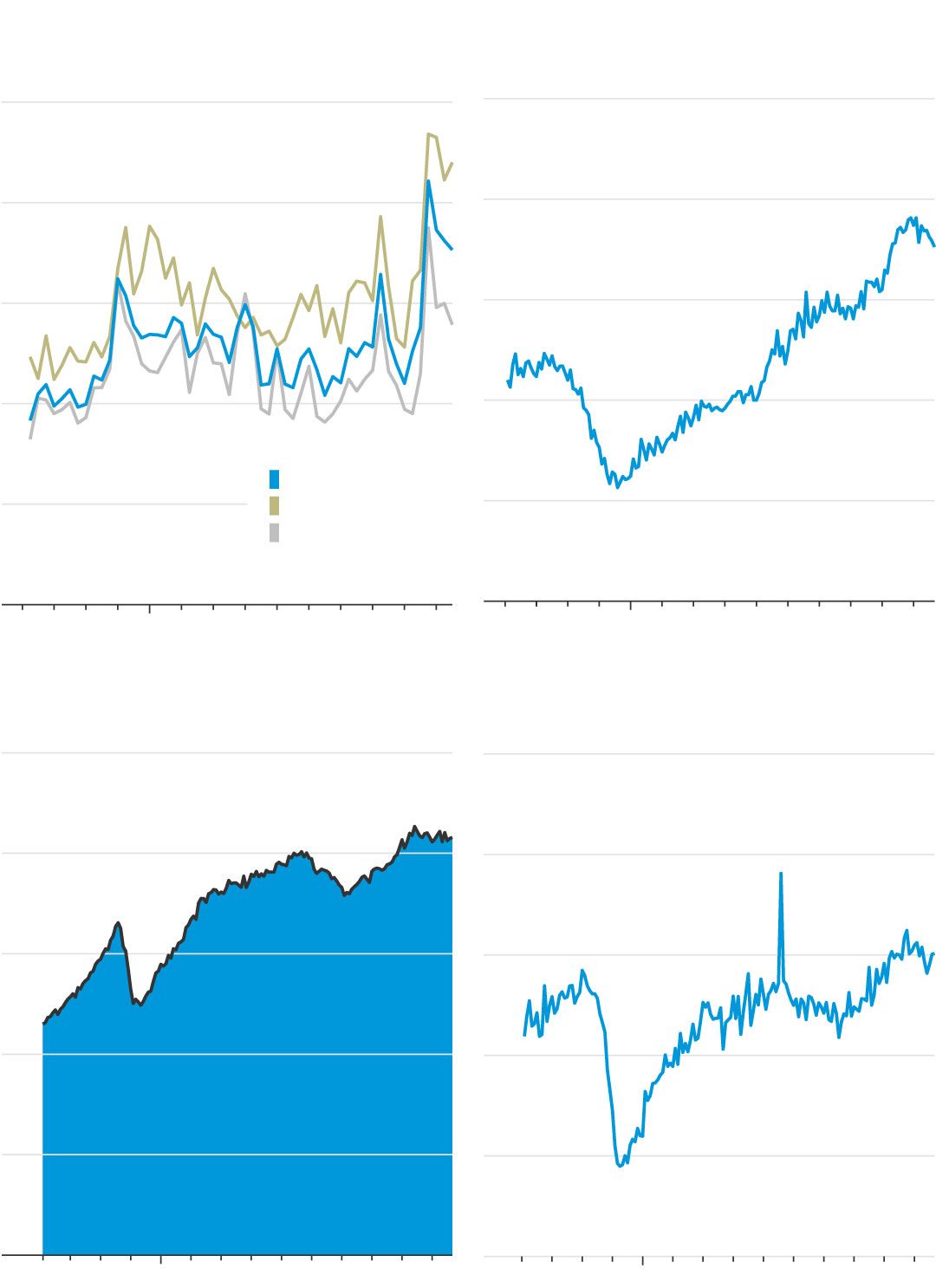 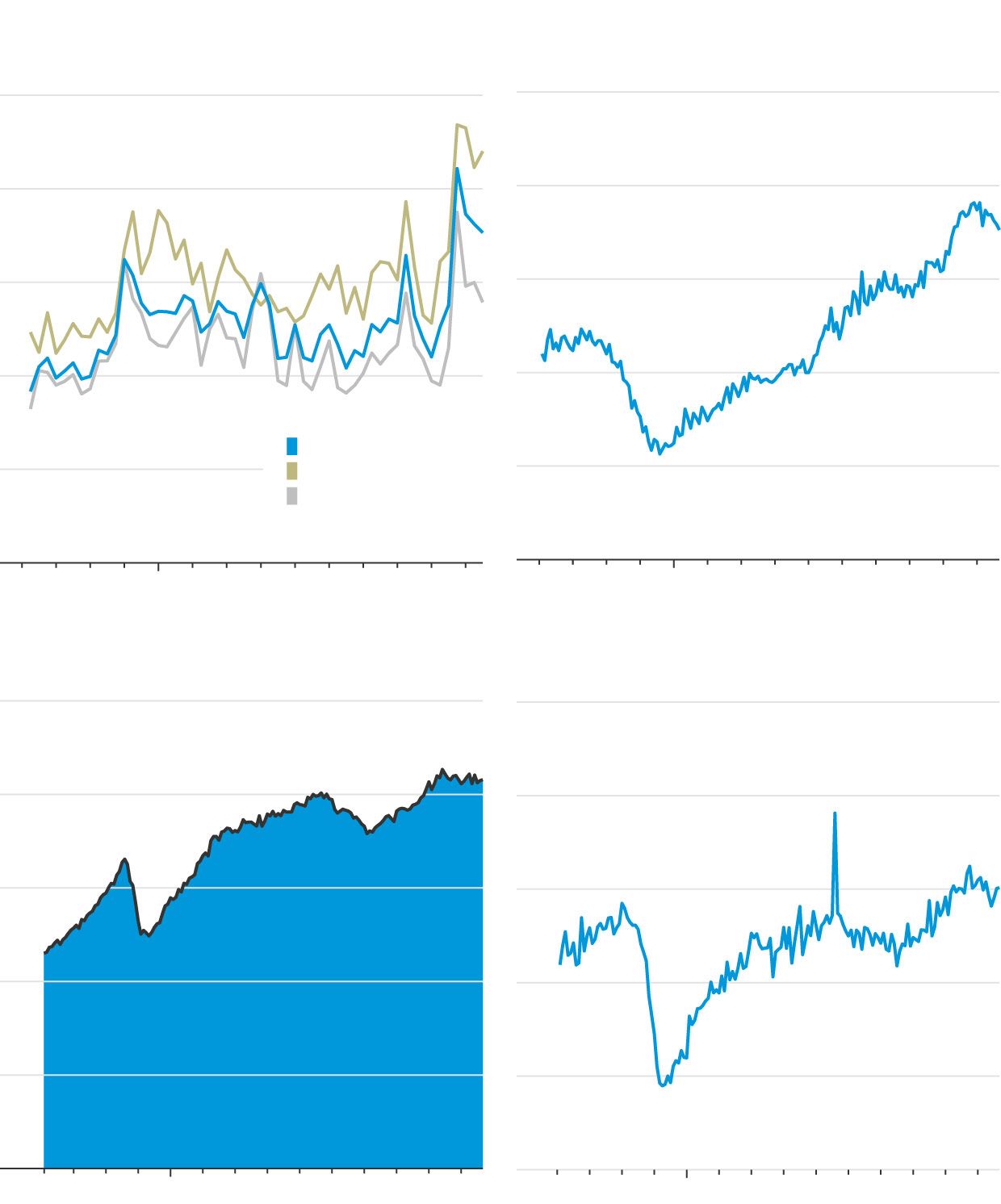 He sees similar effects playing out in the U.K. over its plans to leave the European Union. Mr. Davis noted Brexit shows that the damping effects of trade uncertainty tend to build over time.

Business investment in the U.K. grew at a rate of 1.1% per quarter during the year before the June 2016 vote to leave the EU. That slowed to a 0.8% rate per quarter in the year after, then a 0.3% quarterly contraction in the year after that. In the third quarter of this year, it contracted 0.8%.

Mr. Davis, Nick Bloom of Stanford University and Scott Baker of Northwestern University have an index that tracks references to uncertainty in newspaper reports and found in September it was at nearly twice the level that prevailed on average between 1985 and 2009.

Another team of economists—Tarek Hassan, Stephan Hollander, Laurence van Lent and Ahmed Tahoun at Boston University, Tilburg University, Frankfurt School of Finance and Management and London Business School, respectively—measured uncertainty by scanning through transcripts of investor conference calls held by 9,000 firms world-wide. Their index on trade risks perceived by executives jumped by 60% since the beginning of 2018. For U.S. firms, it was up 43%.

The Trump administration says the uncertainty is a necessary price to pay to fix a broken trade relationship with China. On Friday, President Trump touted big gains he said he is winning in the meantime.

“The deal I just made with China is, by far, the greatest and biggest deal ever made for our Great Patriot Farmers in the history of our Country,” he said on Twitter.

Picnic Time Inc., a Moorpark, Calif., producer of picnic baskets, barware, cheese boards and other entertainment products, is a small company that finds itself caught in a crosswind.

The company makes most of its products in China and sells them in the U.S., with 100 to 110 U.S. workers involved in marketing, sales and warehousing. A family business since 1982, the company takes in $20 million to $30 million a year in revenue.

Paul Cosaro, Picnic Time’s chief executive, said pricing the array of 13,000 items the company sells used to be routine: Negotiations with Chinese suppliers would start in September, with prices solidified by October. His biggest customers would have pricing to consider by November, and then by January he would work trade shows with printed price lists for smaller firms.

Mr. Cosaro said the tariff threats and implementation has thrown the process into disarray with both Chinese suppliers and U.S. customers.

“There is a huge opportunity cost there that is almost as debilitating as the amount of money that we’re paying in tariffs,” he said. “Reacting and changing course and working with the suppliers and dealing with customers…all of that is so time consuming.”

The Trump administration’s decision to shelve a planned tariff increase to 30% from 25% on $250 billion worth of imported goods spares Mr. Cosaro a cost increase on baskets, insulated coolers and outdoor furniture. But he doesn’t know what will happen to the cost of orders of cutting boards and barware that could be hit by December tariffs.

In turn, Mr. Cosaro is putting expansion plans on hold. Before the trade war, he was planning a foray into Europe and into U.S. grocery stores. That would have entailed hiring and buying more engraving and embroidery machines.

“I just see the opportunities being left on the table,” he said.

Write to Jon Hilsenrath at jon.hilsenrath@wsj.com and Josh Zumbrun at Josh.Zumbrun@wsj.com

Should Consumers Be Able to Sell Their Own Personal Data?
Readers Beware: AI Has Learned to Create Fake News Stories