recently opened its fourth cashierless convenience store here, all located within a few blocks of each other. Nearby, two startups are each demonstrating their own technology that they envision powering cashier-free stores across America.

This roughly one-square-mile stretch in the tech capital’s bustling business district is emerging as a battleground to eliminate retailing’s centuries-old checkout process and reinvent the way consumers shop.

Amazon’s unveiling of the first Amazon Go store, at its Seattle headquarters in early 2018, inspired several challengers to create new ways for shoppers to grab items from a store and leave without passing through a checkout line.

Many startups, like San Francisco-based Zippin and Standard Cognition, are using technology similar to Amazon Go’s, with camera systems powered by computer vision and machine-learning software that track people as they take items off shelves. Other companies are trying to automate the shopping cart to avoid a costly store overhaul.

The startups are pitching their technology to grocery chains, sports stadiums and convenience stores, promising to automate the checkout process, reduce theft and improve profit margins. Analysts expect Amazon eventually to license its technology to retailers and other businesses, and some startups already are positioning themselves as the smarter alternative. 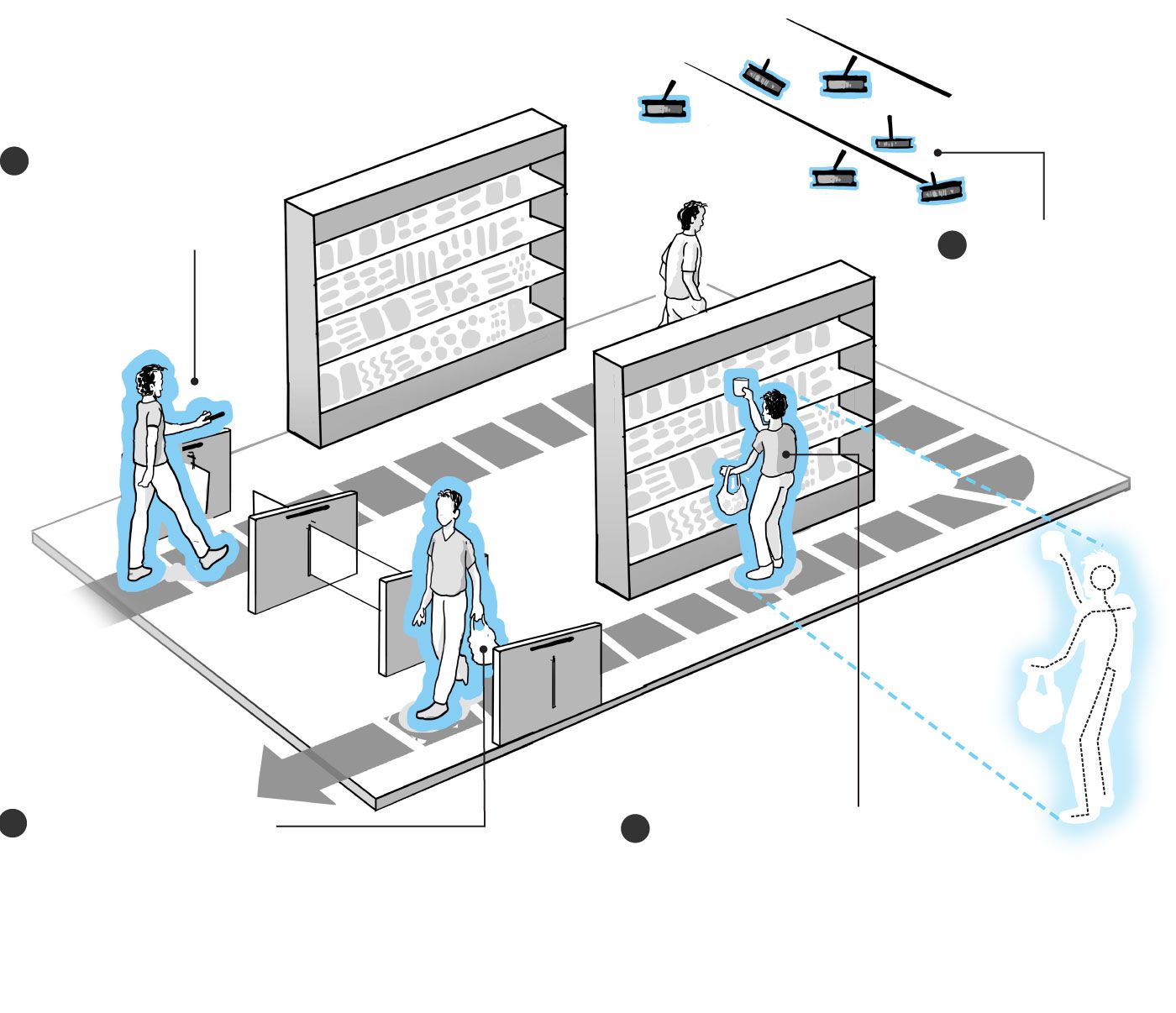 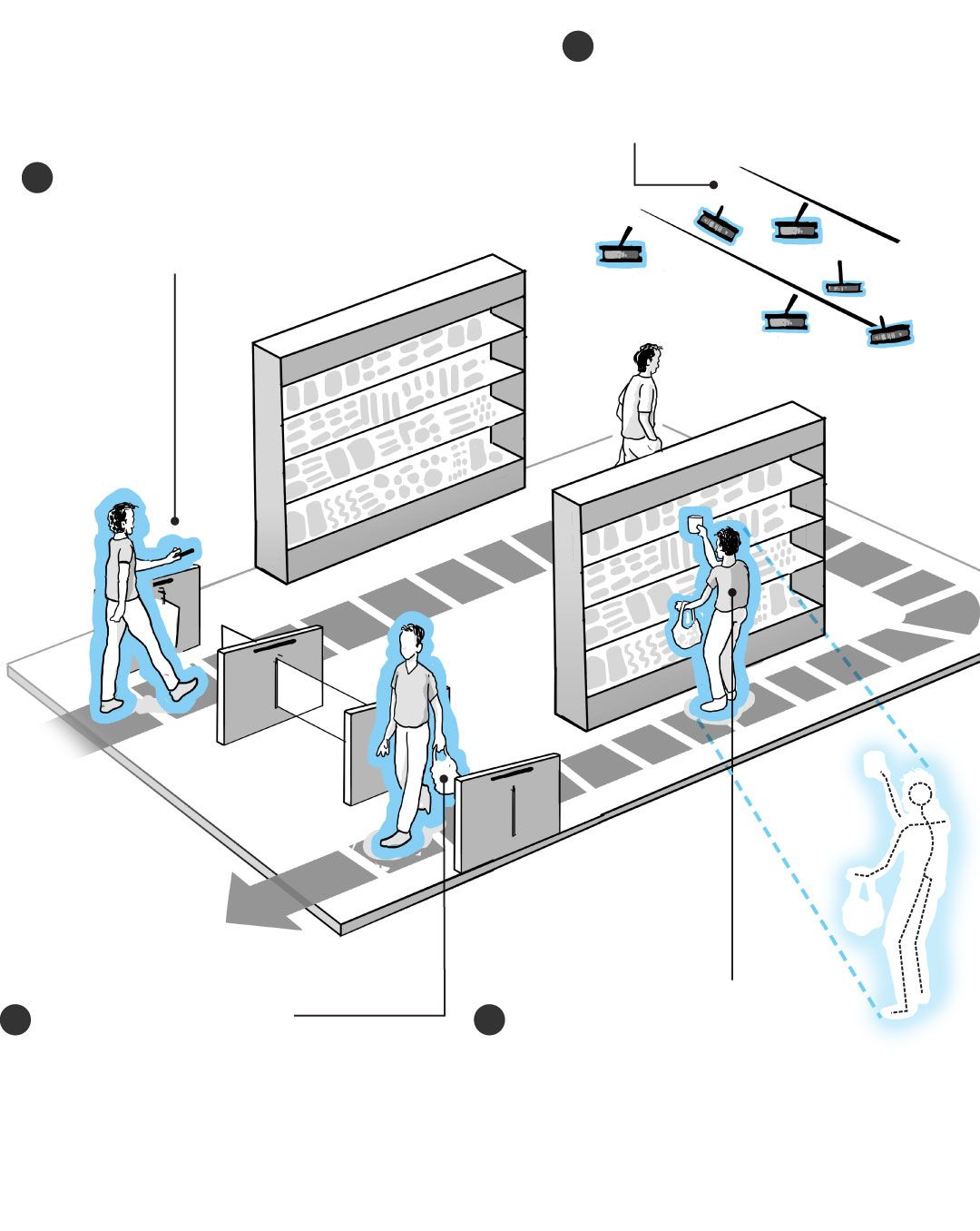 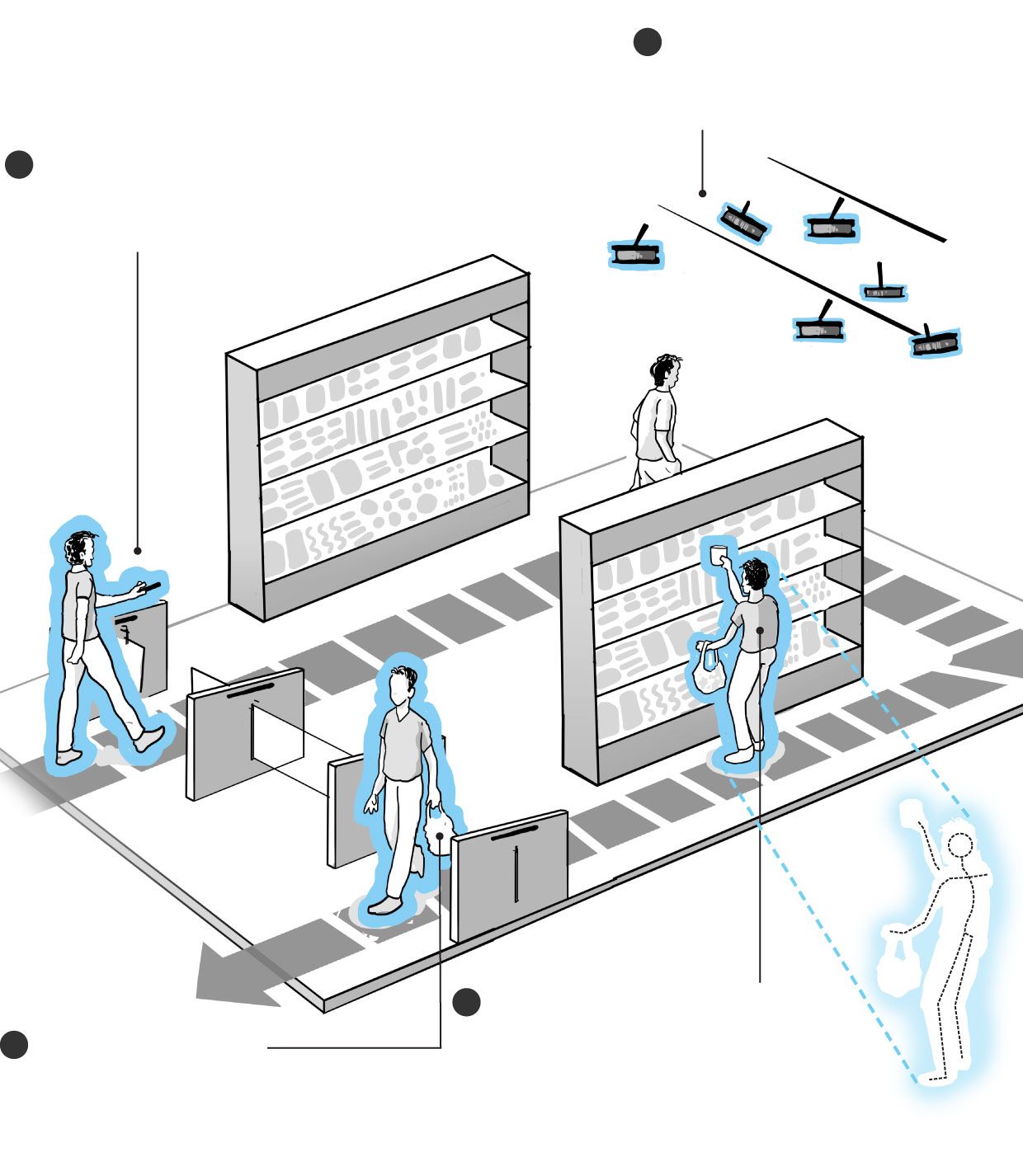 “We don’t compete with our customers. And that’s a big advantage when we pitch to retailers,” Zippin Chief Executive

But challenging Amazon is a tall task. Amazon can easily absorb the costs associated with building out the technology and undercut the competition. “They are years ahead of everyone,” said

a business professor at Columbia University and former CEO of Sears Canada Inc. “Not just in figuring this out but in actually proving out the concept.”

The technology is still nascent, relegated to small convenience-store concepts selling packaged goods. And it is relatively expensive for a big-box retailer to adopt the technology at a wide scale, costing hundreds of thousands of dollars to retrofit one store.

Amazon Go’s concept, however, appears to be gaining popularity among shoppers. The retail giant has opened 16 stores in four cities and has plans to open two more soon, with the stores ranging from about 450 square feet to 2,300 square feet. Amazon has added more products, such as half-sandwiches and coffee, as it has learned about shoppers.

An Amazon spokeswoman declined to comment on its plans and competition.

Zippin in June opened a 200-square-foot experimental convenience store in San Francisco’s South of Market district, a quick walk from the Amazon Go stores. Called Zippin, it offers a small selection of energy drinks, sodas and snacks, and like Amazon Go it uses cameras and weight-sensitive shelf sensors to determine what people take off the shelves.

Mr. Motukuri said the technology has limits: Cameras can’t yet read some types of product labels, and clothing doesn’t work because of varied sizes.

Zippin, which is incorporated as Vcognition Technologies Inc., plans to open a checkout-free convenience store inside the Sacramento Kings basketball arena in the coming season.

Further uptown in San Francisco, Standard Cognition Corp. operates Standard Store, a demonstration store where shoppers press a button on an app when they enter the store, instead of scanning at a gate; they can walk out or pay at a kiosk.

Last month, Standard Cognition signed a deal with a Boston Red Sox minor league affiliate in Worcester, Mass., to power a fan store at a baseball stadium that is being built.

the company’s co-founder, says event spaces and small retailers have expressed interest in its technology. Amazon is scaring retailers and other businesses into thinking “that they need to learn more about this technology,” Mr. Suswal said.

Regional grocer Giant Eagle Inc. is hoping cashierless technology will give it an edge. The Pittsburgh-based company, which operates more than 400 stores in the Northeast, plans next year to open its first “pick and go” store in its hometown, powered by technology from Bay Area startup Grabango Co.

Grabango says it plans to rely solely on advanced cameras to track customers and refrain from using costly shelf sensors and entrance gates. The items would be tallied automatically to speed checkout, but shoppers would still pass by a cashier, who would be available to take cash.

a Giant Eagle spokeswoman, said the grocer picked Grabango because it best fit the checkout model they wanted. If ever given an option to partner with Amazon, Ms. Jablonowski said, Giant Eagle would weigh several components, such as technology benefits, but “I probably would be foolish to say that we wouldn’t weigh the competitive cost-benefit analysis on that,” she said.

Other startups are focusing on the shopping cart. New York-based Caper Inc. and Seattle-based Veeve Inc. are both developing smart shopping carts with visual or scanning technology to tally items including nonpackaged goods like produce. The startups say their approach could help retailers avoid the costs of retrofitting stores.

Costs to install cashierless technology are coming down. Two to three years ago, outfitting a 7-Eleven-size store with cameras and a high-performance computer server could cost millions of dollars, said

who leads artificial-intelligence product marketing at

’s Movidius, which supplies computing power and cameras behind some cashierless store concepts.

Now, suppliers say, outfitting the same size store could cost anywhere from $100,000 to $300,000, depending on the number of cameras, the breadth of computing power and the type of hardware used.

Write to Sebastian Herrera at Sebastian.Herrera@wsj.com

Do you think that with the right technology retailers could compete with Amazon? Why or why not? Join the conversation below.