NFL gambling is a grind, and I’m going to borrow from a running analogy because I recently ran my first 10K: You’ve got to pace yourself for the mental grind, and it’s impossible to keep the same pace throughout — you’ll have bursts of energy (5-0! 4-1!) and then your spirit will dip (1-4! 0-5!). Last week was a low. So I took a full 36 hours off looking at lines early in the week, and when I returned, I looked at them and a song hit me:

Because the hook brings you back

I ain’t tellin’ you no lie

The hook brings you back

On that you can rely

For reasons I can’t quantify, the hook doesn’t scare me this week, even though I’m attracted to games where the hook doesn’t help me. I’ll single out my Jets here because I love them getting 10 and a full two scores at home, but still like them at 9.5.

So without further ado, let’s get to the Week 7 picks, ranked from the game I’m most confident in to, well, those I’m a little more worried about. Let’s go!

Packers are only five point favorites. This line was 7 last week. So a lot of money is coming in on the Raiders. I don’t understand it. This is their third trip to the Midwest already this season. They had to go to Minnesota. They had to go to Minneapolis. They also had to go to London. Now they’ve got to go back to Green Bay. This is a brutal spot for the Raiders, even off the bye. And if you watched closely on Monday night, the Packers left a lot of points on the field. They won’t do that again. I like Green Bay big here. Give me the Packers favored by five at home against Oakland.

This is the most difficult game on the board to break down. The Seahawks do get their star defensive lineman Jarran Reed back from suspension. I’m going with Baltimore. I like Lamar Jackson in this spot getting three points. Give me the Ravens on the road in Seattle.

The Dallas injuries, there’s just too many of them. Two on the offensive line and now, Amari Cooper has not practiced this week and may not play. If that’s the case, give me the Eagles getting 2.5 points in Dallas on SNF. 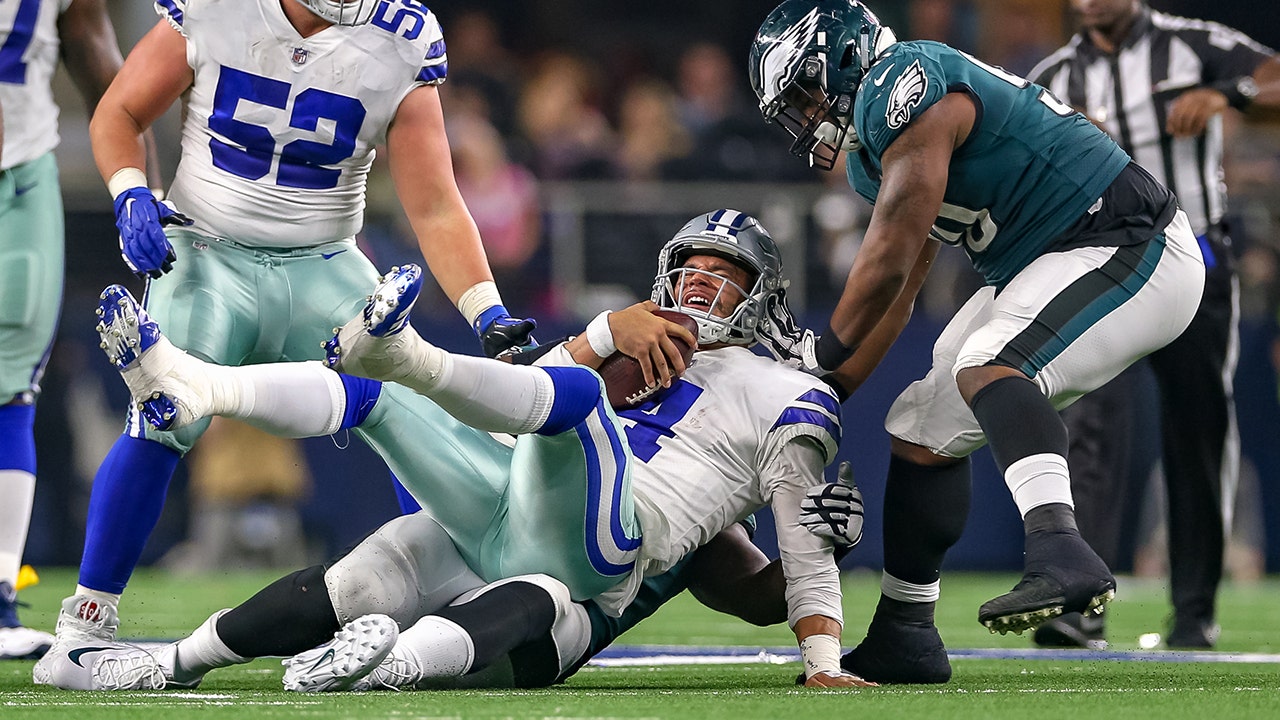 The Lions are coming off a short week, that brutal MNF loss. I just don’t love ‘em here, folks. I don’t know if they can stop the run. They are 28th in the league against the run. Meanwhile, Minnesota has Dalvin Cook, who’s one of the best running backs in the league. I’ll take the Vikings favored by two on the road.

You have to take the Jets here. I know the Patriots are undefeated and they lead the NFL in interceptions with 14. But they cannot run the football: 29th in the league. The Jets have a sneaky top 10 defense. I do believe the Patriots unbeaten streak ends. Give me Sam Darnold at home in a revenge spot for the Jets, who just lost a few weeks ago to the Patriots. I like the Jets to cover 9.5 and win outright on MNF.

I know what you’re thinking. “Jason, you’re going to take the hook and the Saints, right?” No. Not today. I like the Bears here. I’m not sure if Alvin Kamara, the star running back of Saints, is going to play. And I think the Bears bounce back. Remember, their last game, in London, resulted in a bad loss to the Oakland Raiders. I know Teddy Bridgewater is awesome. 27-7 in his career against the spread. Nevertheless, give me the Bears rested from the bye week at home, favored by 3.5.

16.5 points. I know that’s a huge number. You know I don’t like taking double digit favorites. But it’s the Bills here. Come on, folks. The Miami Dolphins are averaging an NFL-worst 8.4 PPG. Unbelievably, the Dolphins are bottom five in every offensive category. I’ve got to take the Bills here, even though their favored by 16.5.

I believe the Jags are the side here. Now that Jalen Ramsey has been traded, the locker room has been cleansed of all that toxic negativity. I’ll take the Jags to go to Cincinnati and beat the Bengals. 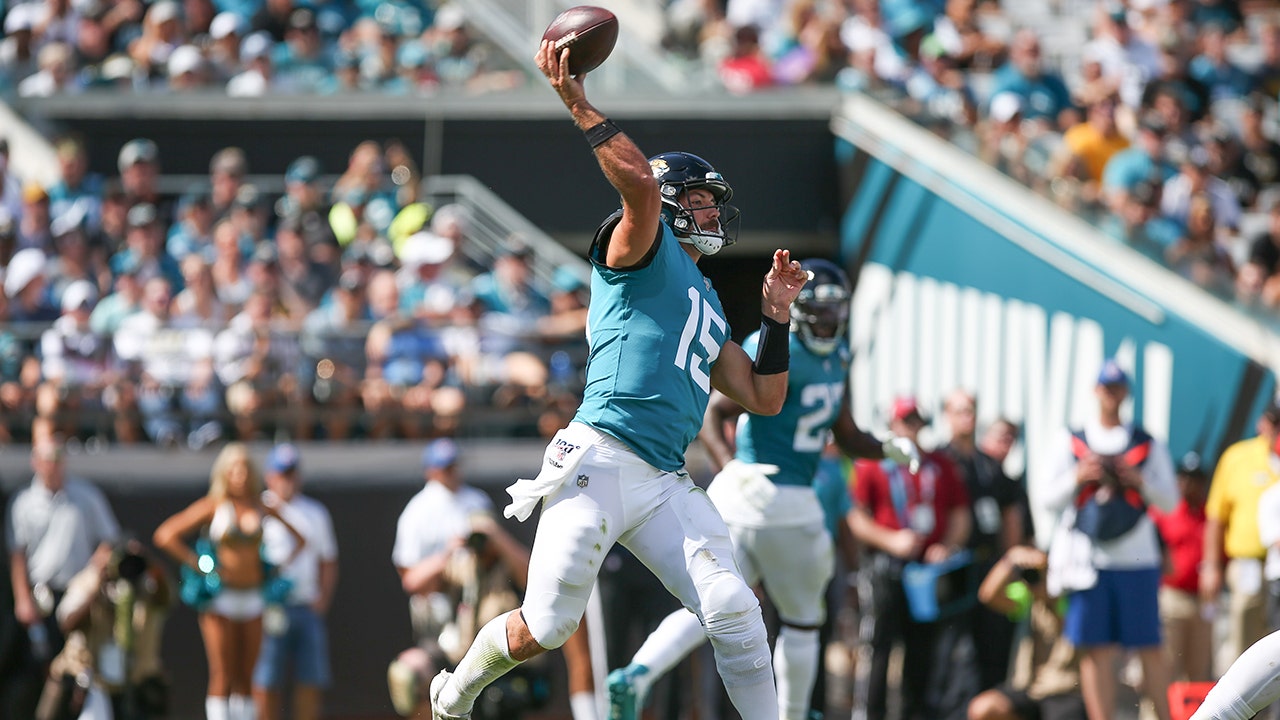 How is Tennessee favored over anybody?! They just dumped their QB, Marcus Mariota, in favor of Ryan Tannehill and they’re favored over the Chargers who had Super Bowl aspirations in the preseason? Give me Phillip Rivers as an underdog on the road. He’s 8-4-1 against the spread as a ‘dog under head coach Anthony Lynn. And as long as the Chargers don’t turn it over in the redzone (5 redzone TOs this year), they’ll be fine.

This is a bad spot for the 49ers, coming off the emotional win over the Rams. Now, they’ve got to travel across the country to face the Redskins. Im still taking the Niners here and that awesome defense, favored by 8.5 in Washington.

So let’s get to the game. I like Arizona here. Kyler Murray and Cliff Kingsbury are finally hitting on all cylinders. They put up 35 points against Atlanta last week and the Giants have just as bad of a defense. Big return of Patrick Peterson, their superstar cornerback, from suspension. Now, the Giants could be getting Saquon Barkley back, too. This screams ‘high-scoring game.’ Last team with the ball wins. I’ll take the points and Arizona getting 3 on the road.

I know everyone is selling the Rams. Give me a buy here. The only way the Rams lose is if the Falcons can pressure the quarterback. And they are dead last in the NFL with five sacks. Give me Jared Goff bouncing back, favored by three on the road against Atlanta.

The Colts are coming off a bye and are healthy. T.Y. Hilton should be 100 percent and Darius Leonard, their star linebacker, will be coming back after suffering a concussion. But I’m going with the Houston Texans here. That offensive line is finally gelling. Deshaun Watson hasn’t been sacked in two weeks and he’s 9-3 against the spread as an underdog. I’ll take the Texans getting half a point in Indianapolis.