The tail wing of an American Airlines plane pulls into its gate after arriving at the Miami International Airport.

A 2016 internal survey at Boeing showed a third of employees polled felt “potential undue pressure” on the job, including for safety approvals, according to documents received by lawmakers investigating the manufacturer’s 737 Max plane following two fatal crashes.

Some employees in the commercial aircraft unit complained about high workloads and schedule pressure, showed the survey, which was based on 523 responses.

The survey, reviewed by CNBC, wasn’t conducted specifically about the 737 Max plane, which has been grounded since mid-March in the wake of two crashes — a Lion Air flight in Indonesia in October 2018 and an Ethiopian Airlines 737 Max in March — that killed all 346 people on the planes.

The survey was received by the House Transportation and Infrastructure Committee, which is investigating the beleaguered plane’s development and the Federal Aviation Administration’s approval of the jets, Boeing’s best-seller, in 2017. The 2016 survey, conducted toward the end of the approval process for the planes, was not provided to the committee by Boeing.

The survey, reported earlier by The Wall Street Journal, said some of the stresses were related to safety compliance activities. Certain Boeing employees performed certification tasks for the planes before the FAA’s final signoff, a longstanding practice.

The latest revelation comes on the heels of a tough week for Boeing, which on Friday posted its worst day on Wall Street since February 2016 with a loss of 6.79%.

The downturn on the week’s final day of trading came after messages showed that a Boeing pilot warned about problems with the flight-control program on the 737 Max before the FAA approved the plane for public use in 2017. The Boeing pilot said in one of the messages that a flight-control system known as MCAS was difficult to control.

In a 2016 exchange made public on Friday, a former top Boeing pilot warned a colleague that MCAS behaved aggressively in a simulator. Months later, the pilot told the FAA to delete MCAS from training materials, according to emails.

That flight-control system and pilots’ inability to recover from its failure have since come under fierce scrutiny by regulators after it was implicated in both crashes. It malfunctioned during both flights, repeatedly pushing the nose of each plane down until their final, fatal dives.

The FAA publicly scolded Boeing for not releasing the messages earlier.

“We are continuing to investigate the circumstances of this exchange, and are committed to identifying all the available facts relating to it, and to sharing those facts with the appropriate investigating and regulatory authorities,” Boeing said in a statement on Sunday.

The company defended its pilot training requirements for the 737 Max, which debuted in 2017. Some pilots complained that they weren’t informed about MCAS until after the first crash.

“We understand entirely the scrutiny this matter is receiving, and are committed to working with investigative authorities and the U.S. Congress as they continue their investigations,” said Boeing’s statement. Boeing did not immediately respond to a request for comment about the survey. 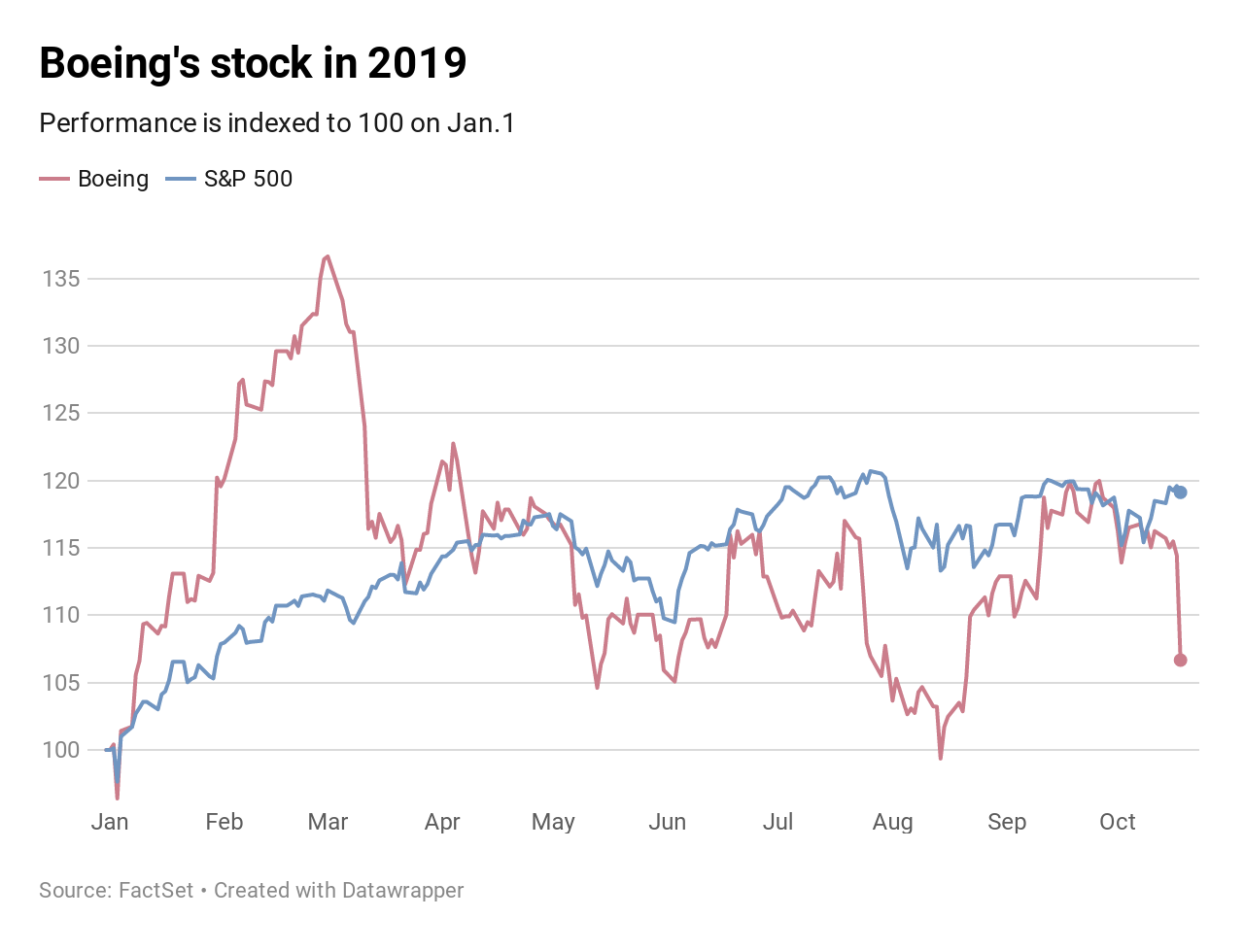 The crashes have engulfed Boeing in regulatory and financial headwinds, aggravated by repeated reports over the course of the year that underscored the company’s haste to get the aircraft to market.

The Seattle Times in May reported that one senior Boeing engineer balked at management demands for looser testing of the fire-suppression system around the 737 Max’s new engines.

Boeing’s board members were meeting on Sunday in San Antonio, Texas, days before the company’s quarterly financial report on Oct. 23.

Though speculation ranged as to what the board members could be discussing, a spokesperson for the company told CNBC that the board meets in person every other month at a Boeing facility and that the current meeting would conclude on Monday.

Earlier this month, the company stripped CEO Dennis Muilenburg of his chairman role so he could focus more on running the company as the 737 Max controversy continues to play out.

Muilenburg is scheduled to testify before Senate and House lawmakers on Oct. 29 and Oct. 30, respectively. It will be his first time before Congress since the crashes and lawmakers are expected to question Muilenburg about MCAS, Boeing’s safety culture and how much of the 737 Max certification process was handled by Boeing instead of the FAA.