is set to take control of WeWork after securing a deal that could hand co-founder Adam Neumann a nearly $1.7 billion windfall and sever most of his ties with the troubled office-space startup.

WeWork, in danger of running out of cash in the coming weeks, chose a rescue offer from SoftBank over a competing proposal from

& Co., according to people familiar with the matter. It had asked both parties to submit proposals by a deadline yesterday.

The deal is expected to value the company at about $8 billion, a far cry from what it was aiming for in an initial public offering earlier this year and even less than the $47 billion at which a January investment from SoftBank pegged its worth.

We’s valuation has plunged as the company scrapped its IPO and grappled with backlash against co-founder Adam Neumann. 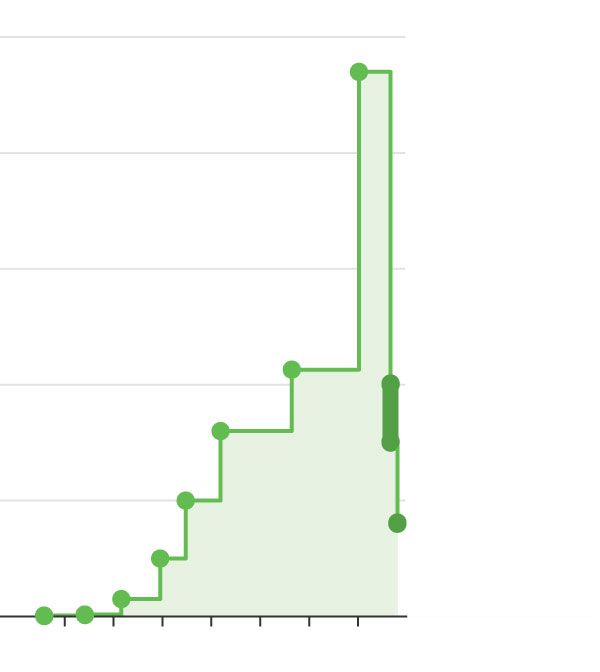 Mr. Neumann, who was forced out as chief executive after pushback from prospective investors scuttled the IPO, has the right to sell $970 million of shares, or roughly one-third of his stake, in a so-called tender offer in which SoftBank will offer to buy up to $3 billion in WeWork stock from employees and investors.

The Japanese conglomerate, which already owns about a third of the company, will also extend Mr. Neumann credit to help him repay a $500 million loan facility led by JPMorgan, the people said. It will also pay him a $185 million consulting fee.

Mr. Neumann has promised to work exclusively with the company for four years, some of the people said. Mr. Neumann, who is still chairman of WeWork parent We Co., is also expected to step down from the board but remain an observer and hold on to a minority stake.

The money Mr. Neumann will receive on his way out, which he has told people he sees as a validation of the job he did building the company, is likely to raise hackles among employees, governance experts and others. Mr. Neumann had previously sold hundreds of millions of dollars of his stock in the company and borrowed heavily against it.

While he will walk away a billionaire, most We employees are left holding stock options that are under water at the roughly $20-a-share valuation implied by the SoftBank deal, according to former executives familiar with the compensation packages. That leaves them with little beyond their salaries and—for thousands set to be laid off—any severance.

A top SoftBank executive, Marcelo Claure, is expected to succeed Mr. Neumann as board chairman. The Bolivian-born former CEO of Sprint Corp., who is said to be close to Mr. Neumann, also is expected to head a search for outside leadership, including potentially a new chief executive to replace the two men who have been sharing the job since Mr. Neumann’s departure. Other changes to the board are expected.

SoftBank is racing to save an investment that has soured in rapid and dramatic fashion. Its founder, Masayoshi Son, was a major booster of Mr. Neumann, and the Japanese-listed conglomerate invested several times in WeWork, both on its own and through its $100 billion Vision Fund, which includes outside investors.

On a call with some of those investors this week, Mr. Son apologized for the WeWork investment, saying he had put too much faith in Mr. Neumann, people familiar with the matter said.

As part of the deal, which We was expected to announce as soon as Tuesday, SoftBank would move up a $1.5 billion investment it had been scheduled to make next year and extend the company a $5 billion loan.

Can Softbank salvage WeWork’s long-term ambitions? Why or why not? Join the conversation below.

Between 2017 and earlier this year, SoftBank put more than $9 billion into WeWork at a roughly $24 billion valuation, according to analysts at Sanford C. Bernstein & Co. What SoftBank has agreed to add would bring its total equity investment to more than $13 billion for a company now worth less than $8 billion.

Mr. Neumann, who co-founded WeWork in 2010, once owned shares that carried 20 votes each, guaranteeing him ironclad control of the company, even as new investors came in. The SoftBank deal would require that all We shares carry one vote apiece. Mr. Neumann’s stake in the company is expected to fall to below 10% after he sells shares.

SoftBank’s $500 million loan to Mr. Neumann was a critical part of the negotiations, as he previously borrowed against his stock at a much higher valuation. With the company’s worth plummeting, he was in danger of falling below the collateral levels required by JPMorgan and other banks.

By relinquishing the CEO title in late September, Mr. Neumann was in technical default on that loan, which could have forced imminent repayment, according to people familiar with the matter. JPMorgan gave him 45 days to work out a solution. The new money from SoftBank will allow Mr. Neumann to repay the loans and spare JPMorgan—which prides itself on a “fortress balance sheet” and savvy lending decisions—from a major credit loss.

WeWork’s swift fall erased nearly $40 billion on paper, a collapse with little precedent among startups. Just five weeks ago, WeWork was planning an IPO that its bankers at JPMorgan and

told company executives could fetch a valuation around $20 billion.

Investors balked at the company’s steep and growing losses and a tangle of business and personal dealings with Mr. Neumann, whose erratic management style and party-heavy lifestyle also raised eyebrows.

Under its new co-CEOs,

WeWork has been crafting plans to sell or shut down side ventures, including a private elementary school and the event-planning website Meetup.com, to focus on its core business of leasing office buildings, renovating them and subletting to short-term tenants.

WeWork also has been planning to cut thousands of employees, but delayed the layoffs earlier this month because it couldn’t afford the severance costs, people familiar with the matter have said.

A big aim of these moves is to pare down WeWork’s cost structure now that it will have to make do, at least for now, without the $3 billion or more the IPO was expected to bring in.

With the company’s value now reset at around $8 billion, most of the investment in the company since its inception is under water and many investors will likely have to mark down their stakes. SoftBank, Fidelity Management and Chinese investment firm Hony Capital bought shares at prices far above the valuation implied by the pending SoftBank transaction, regulatory filings show.

A few winners: A 2012 investment of $17 million led by venture capital firm Benchmark Capital is now worth more than 40 times that amount, and a $150 million investment in 2014 led by JPMorgan’s asset management division is worth roughly four times as much.

—Liz Hoffman and Rolfe Winkler contributed to this article.