PRIMORSKY KRAI, Russia—Three years ago, Russia set out a bold plan to revive its vast Far East, handing out free land to reverse depopulation in an area rich in timber, minerals and oil that has drawn interest from Chinese investors and businesses.

But the ambitious program to arrest the decadeslong outflow of residents to the bright lights of big cities, including Moscow and St. Petersburg, hasn’t lived up to expectations. Pioneers of this five-year pilot program now in its third year have been stymied by poor transportation, meager power links and unexpected costs, leaving some locals worried they will be unable to keep up with the Chinese economic juggernaut.

The homesteading program sought to rejuvenate an area that accounts for 41% of Russia’s entire territory but is now sparsely populated and economically weak. 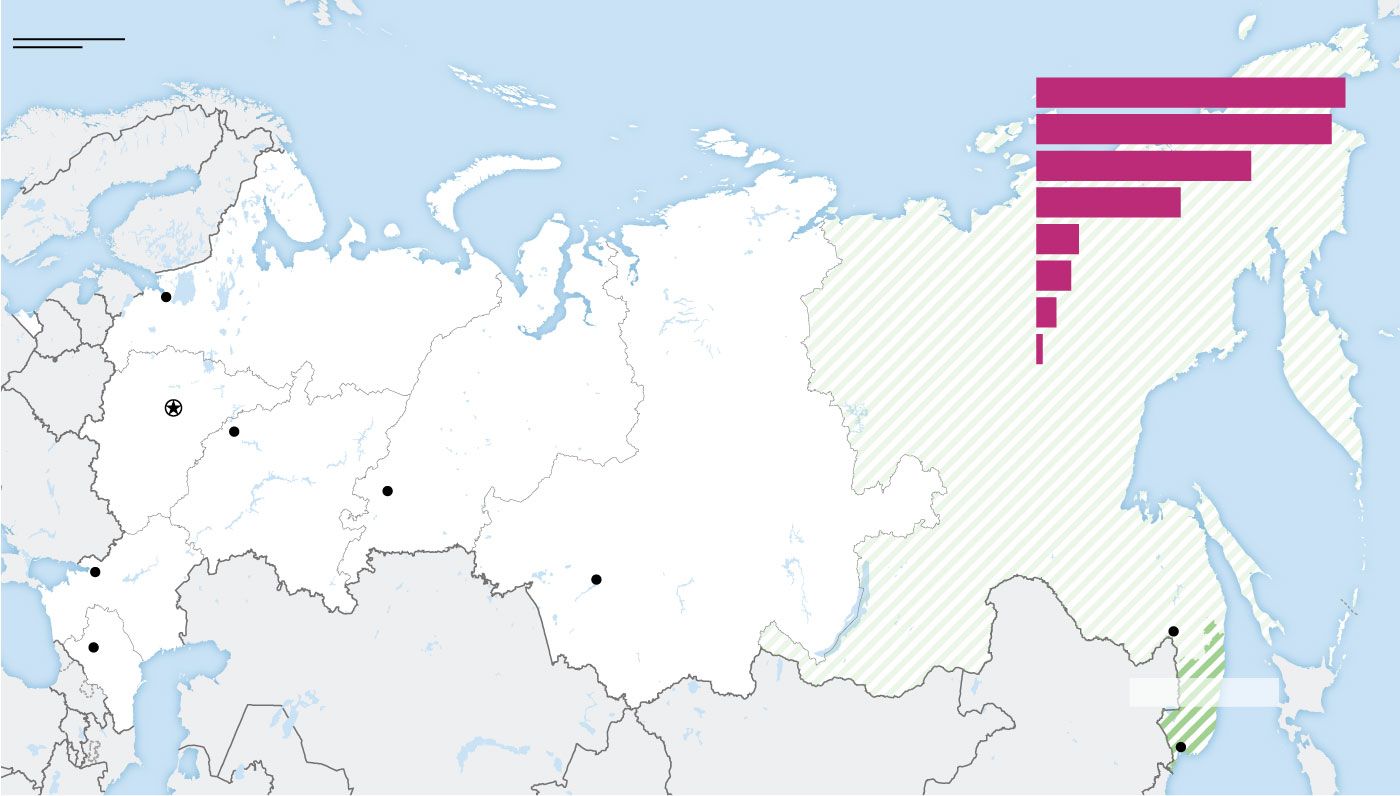 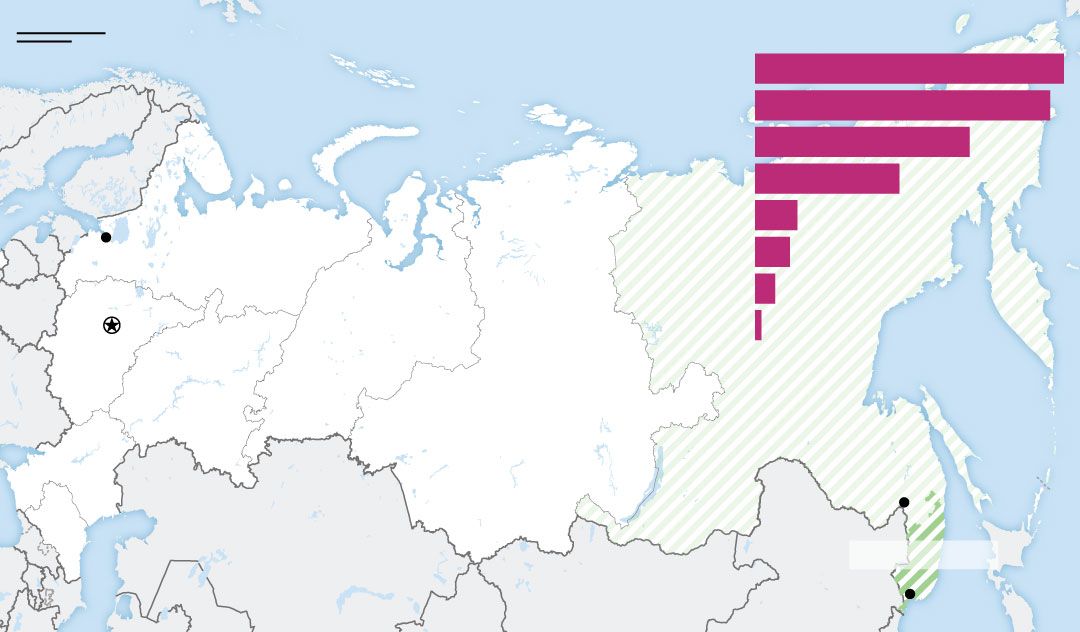 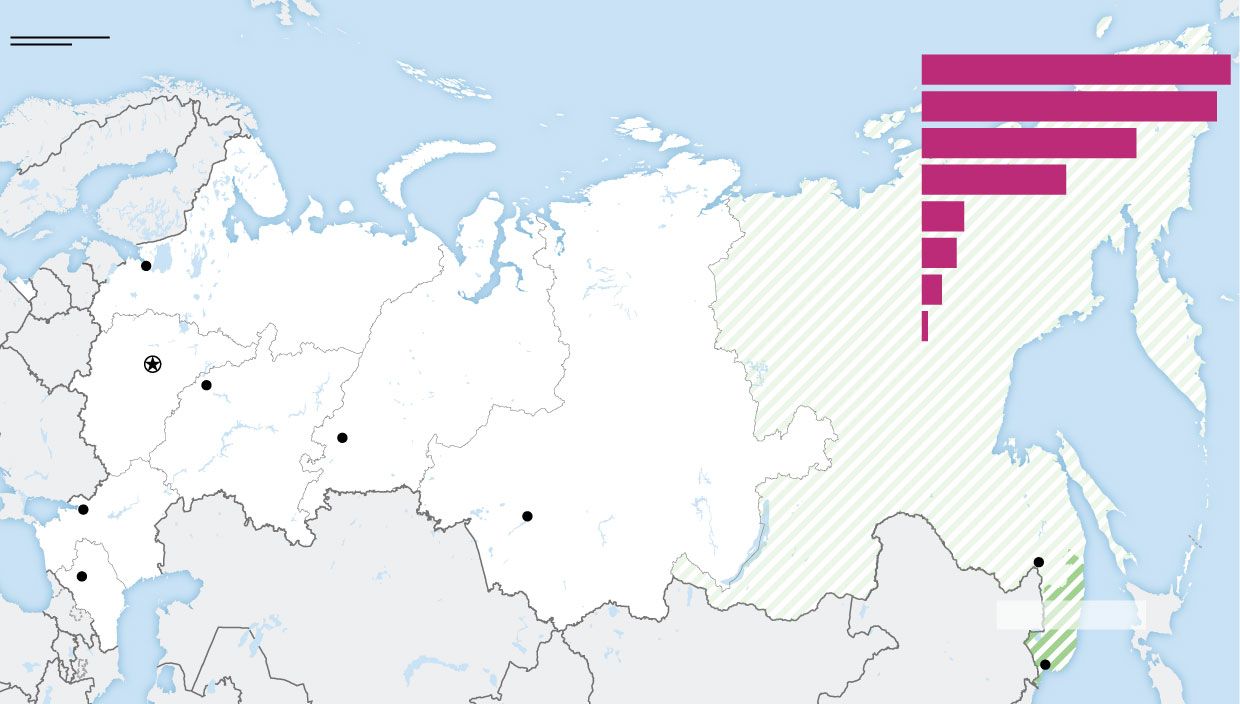 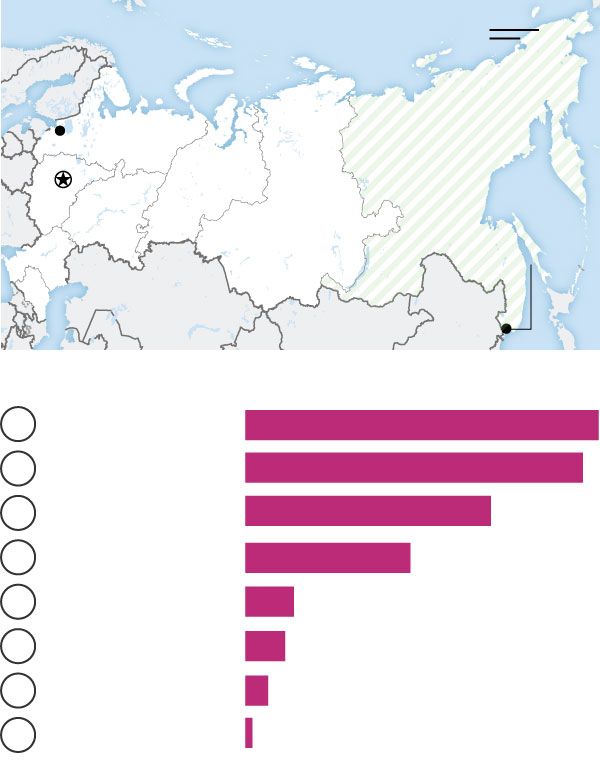 The outflow of people and businesses has facilitated the arrival of Chinese investors, who have leased millions of acres of land to farm soybean or develop new factories in the area. According to some demographers, about 300,000 Chinese, some unregistered, could now be settled in Russia’s Far East.

The Kremlin set its sights on expanding the number of Russians in the Far East to 8.7 million by 2025, up from 6.2 million earlier this year. It recently added two more regions to the territory, adding another two million people, but didn’t adjust its re-population target. Of the 200 million hectares (close to 494 million acres) made available for homesteaders, just 49,000 have been allocated.

found that the free hectare, or 2½ acres, he was allocated is blanketed with trees and brush. He planned to build a water-bottling plant or sports center, but local engineers told him it would cost the equivalent of $61,000 to set up infrastructure to get electricity to the site. He would also have to drill a well for fresh water.

“The hectare itself is free, but everything else is a headache,” said Mr. Kuchma, whose land overlooks the Sea of Japan. “It’s madness.”

There is also confusion over what people can do with their land. Mr. Kuchma found that his plot was zoned for a narrow range of projects, such as a police station, a lifeguard base or a dump, limiting his options.

“I don’t know if I’ll ever develop my hectare,” said the 43-year-old, who is now thinking of staying put in Vladivostok, two hours away by car. “It’s too expensive and too tiring to come so far for just a barbecue and a swim.”

Some homesteaders in Primorsky Krai, the most popular region in the program, discovered the lots they had chosen, sight unseen, were in swampland—a factor that wasn’t immediately obvious from just looking at a map. Others have squabbled over conflicting claims to the same parcel of land. They have also encountered a chilly reception from some locals. Life for many is simply harsher than many pioneers expected.

has already given up. The St. Petersburg resident organized a group of 100 other Cossacks from the country’s famous military caste to claim an interconnected patchwork of plots and pool their resources to build roads and power lines.

“There was one reason after another as to why it wasn’t possible,” he said.

What are good incentives for Russians to move to the desolate Far East? Join the conversation below.

scientific head at the Economic Research Institute of the Russian Academy of Sciences Far East branch in Vladivostok. The Far East, an eight-hour flight and seven time zones from Moscow, doesn’t have much to offer in that regard.

The government says the land program is progressing. There is a 24-hour hotline to help navigate some of the zoning issues, and officials are working to streamline the procedures to apply for a plot of land and prevent multiple applications for the same lot.

“It’s in demand and continues to move forward with confident steps,” said

the program’s coordinator, speaking at the Far East Development Program’s offices in Vladivostok. Every month, there are between 1,000 and 1,500 new applicants for plots, he said.

who has called development of the Far East and Siberia “a national priority,” recently acknowledged the challenges.

“The population continues to decrease almost everywhere in the Far East,” Mr. Putin said at an investment forum in Vladivostok last month. “The inflow is increasing, but it does not cover the number of people leaving the region.”

Meanwhile, protests are increasing against Chinese expansion inside Russia. Mr. Putin has made a geopolitical and economic pivot toward China in recent years, keen for investment as well as political support from the Asian giant in his standoff with the West.

However, dissent has greeted Chinese investors and newcomers, including in areas that have suffered depopulation and a decline in economic prospects. For instance, locals in Siberia—another area the Kremlin is trying to repopulate—have complained about Chinese-funded ventures such as a water bottling plant on historic Lake Baikal and timber logging in the Siberian forests.

National leaders dismiss fears of a “Chinese invasion,” as some local residents describe the influx of Chinese. Foreign Minister

was recently cited in a Moscow weekly newspaper as saying “attempts to promote the myth of the ‘Chinese’ threat are the work of those who are concerned about the constructive development of Russian-Chinese ties.”

Some Far East homesteaders are happy.

a 45-year-old videographer from Vladivostok, took up the government’s offer to fulfill his dream of having a country home and living off his own garden. He has combined his hectare with six neighbors and has begun tilling the land to grow shiitake mushrooms for export. He later plans to raise quail and chickens.

are also eager to make a go of it. They sold all their belongings and moved 4,000 miles east, he by car, his wife on the train with their three small children.

Mr. Sukharnikov, 47, bought a tractor and farm tools and since March has been plowing the plot where he and his wife, a former math and computer science teacher, said they aim to farm corn, peas and maybe some watermelons.

But many homesteaders simply want the land to build vacation homes, rather than farm the land or use it to develop new businesses, undermining the project’s potential impact on the local economy. Program participants don’t have to pay land taxes for the first five years.

And some are discovering they need one specific resource to make a success of it, and it’s something many of them lack: money.

Ilnar Iscandarov acquired land not far from the Sukharnikovs, but the 24-year-old doesn’t have the cash to develop it. He arrived from Bashkiria near the Volga River in August 2018, and since then has been living rough, sometimes sleeping in a tent near a stream at the edge of his property.

He is banking on a group of friends from home who have promised to move east and pool resources to help launch a venture rearing goats and cattle with the aim of producing halal meat.

“They must come with money,” Mr. Iscandarov said. “For this land program to work, I think you need millions.”

—Nonna Fomenko in Moscow and Valentina Ochirova in Primorsky Krai contributed to this article.

Cancel reply
Amazon Sells Clothes From Factories Other Retailers Blacklist
When Will the Democratic Presidential Primary Finally Slim Down?