gave him $27, the amount Mr. Sanders often boasted was the average donation in his first run. Then, she kept giving, in $3 increments, clicking donate up to 20 times a day.

By the end of June, Ms. Peloza, a 34-year-old office manager at an elderly care facility in Illinois, had donated more than 850 times to Mr. Sanders, making her the most frequent contributor to any presidential campaign this year.

Ms. Peloza is a standout example of a new trend in political fundraising. Instead of writing one large check to their preferred candidate, some donors are throwing them a few bucks dozens, or even hundreds, of times. Some repeat donors eventually pile up small contributions totaling $2,800, the legal maximum for a federal election.

A Wall Street Journal analysis of Federal Election Commission data found that at least 1,900 people contributed 50 times or more to a single presidential candidate through the end of September. The Sanders campaign laid claim to the majority of these “super donors,” the Journal found, with about 1,000 of them. The other Democrats in the race combined for at least 650 ultra-repeat givers, led by

who had at least 125. And President

The super donor trend is fueled by the increasing ease of giving money online—sometimes by clicking a single button or through automated recurring payments—and the premium that this year’s presidential candidates have placed on having a high volume of tiny donations, which they use as a proxy for grass roots support.

The majority of super donors, who have donated 50 or more times to an indivdual candidate, gave to the Bernie Sanders campaign – especially at the end of fundraising quarters. 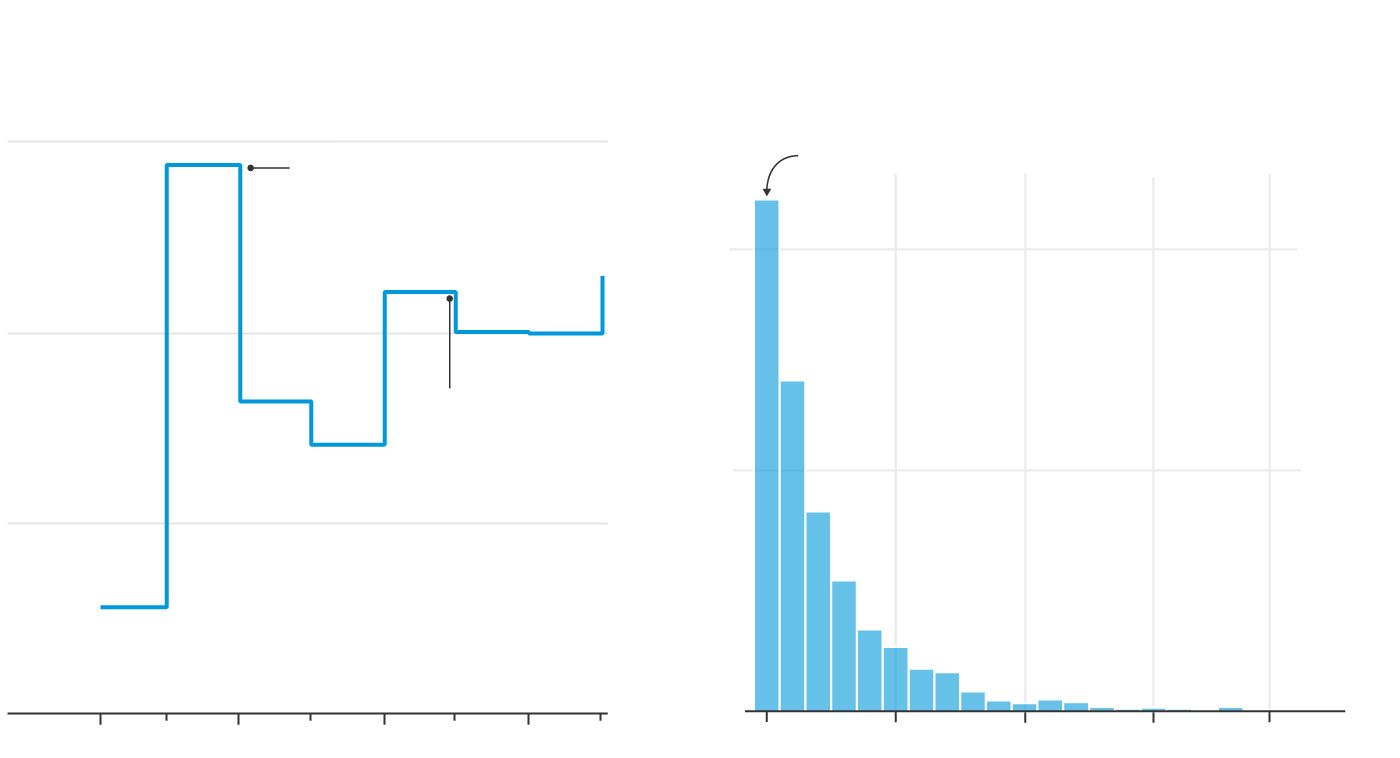 Number of super donors who gave to Democratic 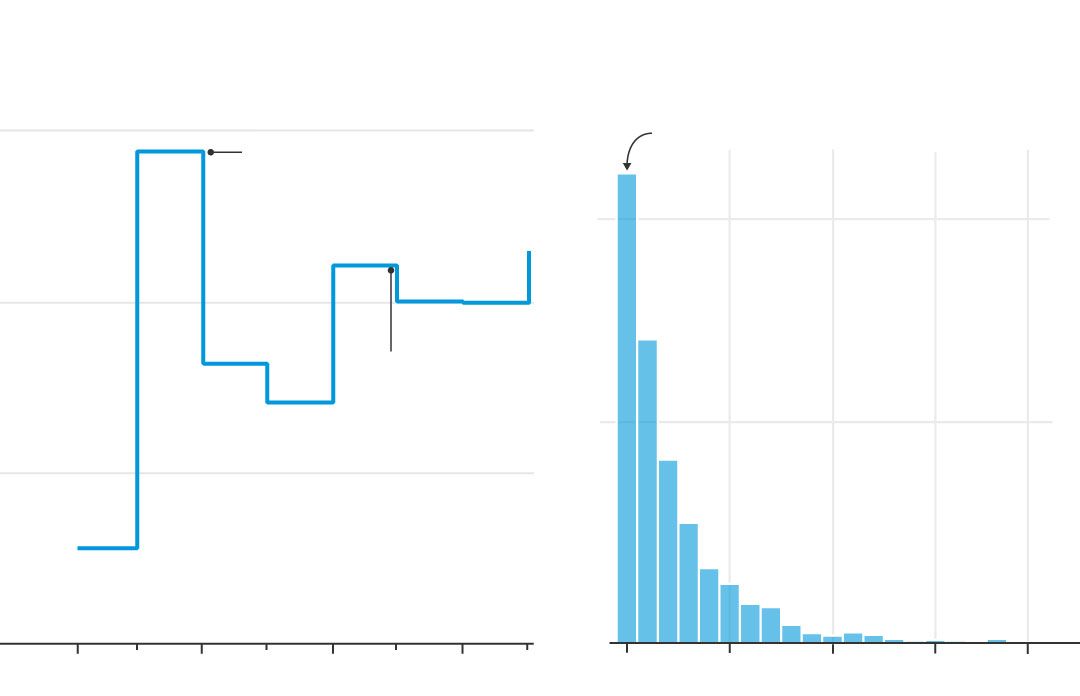 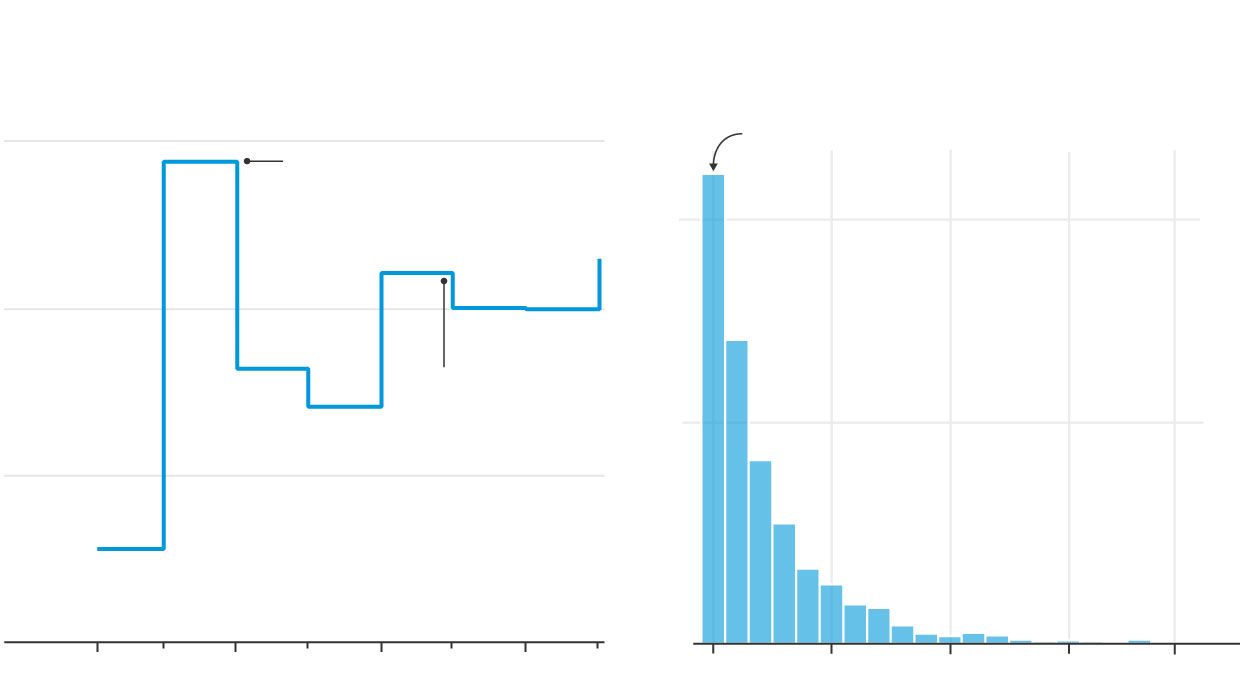 Another benefit to campaigns: 100 donations of $28 helps keep the campaign’s average donation lower than one $2,800 gift would. Because the campaigns frequently tout their average contribution as a sign of popularity with working Americans, some donors said in interviews that they have internalized the math. Top contributors also help in other ways, such as by attending rallies, phone banking and door knocking, they said in interviews.

a policy analyst in Alexandria, Va., said he doesn’t have much money but donates to Mr. Sanders whenever something the candidate says resonates with him—which has happened nearly 300 times, FEC records show. His average contribution amount is $1.

What would prompt you to donate to a political candidate? Join the conversation below.

“Bernie kind of reminds me of

” Mr. Pan said. He said Mr. Sanders channels the 1990s action-movie star’s ability to win fights with outside-the-box martial arts moves. “You can’t be a rational thinker in today’s environment. You have to get creative and work from the ground up.”

Messrs. Trump and Sanders stand apart from other 2020 candidates when it comes to high-frequency donors because they cultivated loyal fan bases during the 2016 presidential race. And the campaigns have perfected how to engage them, through emails, text messages and phone applications that ask for money, according to interviews with some of the most frequent givers.

The number of super donors, particularly for Mr. Trump, is likely higher than the Journal’s count because there is less public data available on the president’s donors than the Democratic candidates. That is because presidential campaigns only itemize donations when a donor hits the FEC’s $201 threshold requiring it. But ActBlue, the payment processor used by nearly all Democratic candidates, discloses information about all of its donors, including those who gave during the first half of the year. Mr. Trump began using a new Republican payment processor, which hasn’t yet filed a comprehensive public report.

Mr. Sanders’s campaign aides say his donors average three contributions apiece and that they have found repeat donors are more likely to become volunteers. “We’re proud to have people who give what they can, when they can,” said

a senior adviser to the Sanders campaign and chief architect of Mr. Sanders’s 2016 digital fundraising program. “It’s indicative of a campaign that has steady funding that can sustain for the long haul.”

While the campaigns are happy to have the cash flow in, the super donor phenomenon has at times created an accounting headache when it comes time to file their FEC reports. The campaigns of Mr. Trump and Mr. Sanders have had to return money to supporters who went over campaign contribution limits by donating many times in small increments. In total, Mr. Sanders refunded about $487,000 in contributions through the end of September, the FEC shows.

“I gave so much that the campaign recently cut me a check because I’d gone over the limit,” said Trump donor

51, who lives just outside Portland, Maine, and said the Trump campaign’s app is “addictive.” He has made at least 200 contributions to the re-election campaign, starting in January 2017, FEC records show.

Other donors say they have studied up on the best donation strategies.

Ms. Peloza and her husband, John, supported Mr. Sanders during his 2016 run and knew they wanted to contribute again, as much as they legally could. Mr. Peloza, a 36-year-old steamfitter, has been a fan of the Vermont senator since catching a glimpse of him speaking on C-Span years ago and over time spread his enthusiasm to his wife, they said. They also volunteer for Mr. Sanders and promote him on social media and to their friends.

“He has a very well-established history of fighting for [progressive] policies because they are morally and ethically right,” Mr. Peloza said.

He said he decided to give in larger chunks near the start of the campaign. Ms. Peloza, meanwhile, said she thought it was important to show enthusiasm by showering the campaign with many small gifts. Part of why she did so, she said, was “to balance out my husband’s much larger donations and provide a larger number of smaller donations to the campaign,” she said.

Her giving accelerated at key moments in the early part of the race, such as on April 25, when former Vice President

entered the race and became a competitor of Mr. Sanders. She gave 20 times that day.

The Journal’s analysis shows that Mr. Sanders’s frequent givers help run up the campaign’s donation totals at the end of each quarter ahead of FEC filing deadlines. Those contributors also give when the campaign sends out urgent fundraising appeals.

“I always donate around deadlines,” said

a 28-year-old professional education rights advocate in Richmond, Ky. Mr. Jadoon has contributed to Mr. Sanders more than 200 times, adding up to about $825 so far, FEC records show. He said he signed up to receive text messages from the campaign, uses its app and has saved his credit card information with ActBlue, giving him the ability to donate with a single click.

The Journal’s analysis found that Mr. Trump’s super donors gave in waves around events like the release of special counsel

report on Russian interference in the 2016 election and Democratic actions such as issuing subpoenas in the impeachment inquiry.

His most frequent donor,

a 58-year-old former software engineer in southwest Missouri, has given more than 250 times to Mr. Trump’s re-election.

Mr. DeRuyter said he tends to give money whenever the Trump campaign sends a text or email promising to “triple-match” or “quadruple-match” money from donors. That is a common political fundraising strategy; there is no evidence donations are actually “matched,” and the campaign didn’t respond to questions about it.

a 69-year-old telephone company retiree living near New Haven, Conn., who has given more than 100 times to Mr. Trump’s re-election, said he gives “when I think he needs a little reinforcement.” He cited impeachment talks and media reports about Mr. Trump that he deems unfairly negative as reasons he has clicked the donate button.

“We’re giving not out of anger, but more like passion and angst,” he said of his fellow donors to the president. “We feel the injustice for him.”

The Fall of WeWork: How a Startup Darling Came Unglued
Could a Ski Hill, a Theme Park and 40 Water Slides Save the American Mall?