as chief inclusion officer in 2017, the chemical company became only the fifth member of the S&P 500 to elevate such a role to the C-suite. That group hasn’t grown since.

Ms. Carter, who has held various leadership roles at Dow for more than two decades, took the job knowing that the company and its 37,000 workers still had a long way to go. In its first inclusion report, published last year, Dow said that about 81% of its U.S. employees are white and 72% of its global workers are men.

The decision to place a diversity and inclusion officer in the C-suite is a “game-changer,” Ms. Carter says, because support from the top is essential to making meaningful changes.

“We knew we needed not only to make short-term progress, but to embed it into the way we do business as a company,” she says. “It’s critical to have that voice, that perspective in the room.”

For the rest of the S&P 500, 43% have D&I managers who typically work under the umbrella of human resources, while the majority don’t have a dedicated management position, according to a study of the blue-chip index by The Wall Street Journal’s environment, social and governance research analysts.

Among the 10 categories on which the study scored the S&P 500 members, companies received top marks if they had an executive director in the C-suite in charge of diversity and inclusion and partial credit if they had a manager in charge of D&I. It was one of the worst-performing areas, right above gender diversity in the board, senior management and the overall workforce, weighing down the scores of the vast majority of S&P 500 companies. (See the full methodology.)

“It is surprising that given the known benefits associated with workforce diversity that more CEOs are not looking to integrate these considerations at the board level,” says

head of good work at ShareAction, a U.K.-based advocacy group that mobilizes investors on social issues.

The creation of these roles is supported by a growing body of evidence showing that diversity is good for business. This year, 85% of CEOs globally said they saw enhanced performance after investing in D&I programs, according to a survey of 1,378 CEOs by PricewaterhouseCoopers.

At Dow, Ms. Carter has worked with its business leaders to add diversity and inclusion to their strategy, ensuring they understand it is tied to financial success. Each division of the company has targets and programs, she says.

“There are so many inclusion efforts going on at the company, I probably can’t put my arms around them,” she says. “And I’m comfortable with that.”

Diversity and inclusion executives often have a broad mandate—from hiring and communications to even how goods and services are created and sold. The duties of these executives vary from company to company, but those elevated to the C-suite tend to look beyond the workforce into government relations and marketing.

Even though the job is still nascent and evolving, these officers have an important role to play if companies want to promote equality, says Charlotte Laurent-Ottomane, executive director of the Thirty Percent Coalition, a nonprofit working to increase gender diversity in senior management. The organization is working with corporations on what the purpose of the chief diversity officer should be.

At tech companies like Salesforce—the second-most-recent company to add a C-suite diversity officer—data can occupy a large amount of that executive’s focus. Salesforce, which makes business software, appointed

in late 2016 as its first chief equality officer, reporting to Chairman and co-Chief Executive

, oversees Salesforce’s new office of equality, which has a staff of 13 working on D&I efforts across the company, including 12 employee groups and monthly data updates to business leaders. Leaders receive reports on how many women or members of underrepresented groups have been hired or promoted in the U.S., or have left divisions in the organization, Mr. Prophet says.

“We have found that this helps our leadership keep equality top of mind,” he says.

Nearly a decade before Salesforce, advertising company Interpublic and spirits-and-wine maker Brown-Forman were the first movers in the S&P 500 when they appointed C-suite-level D&I officers in 2007.

“Whether or not companies make the move is dependent upon the mental models of the CEOs, the board and other C-suite members,” says

Mr. de Chabert, who was briefly chief diversity officer at grocer Safeway Inc. and spent seven years at health-care provider McKesson Corp., has overseen the creation of nine employee groups and 15 diversity councils at Brown-Forman. He also works on marketing the company’s alcohol to diverse consumers. 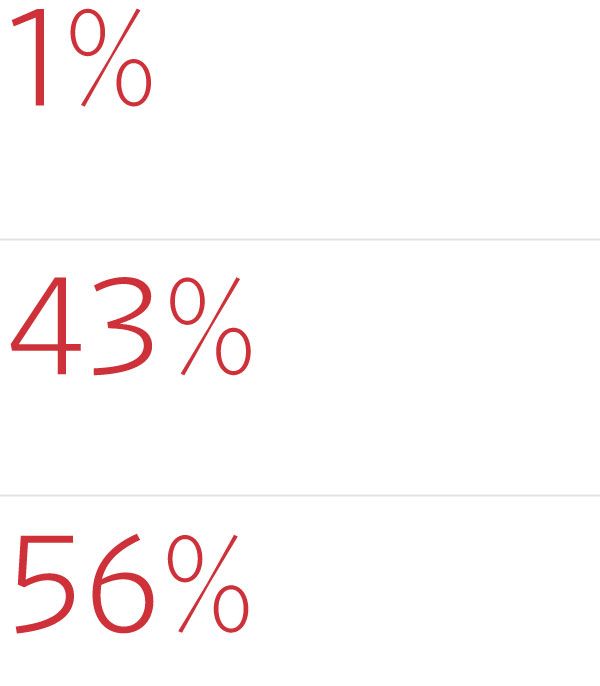 have other heads/managers of diversity and inclusion

don’t have anyone in charge of this area

Some executives say having a diversity executive in the top ranks is crucial to distinguish the role from HR. Comcast, for one, has kept its diversity efforts at the C-suite level and focused on issues outside of HR for well over a decade. In an interview,

Mr. Cohen was named Comcast’s first diversity officer during talks to acquire NBCUniversal in late 2010. The company’s plans to improve diversity came under scrutiny from Congress and nonprofits ahead of the acquisition, Mr. Cohen says, and members of Congress wanted to know how the company would improve its diversity profile, especially its programming.

“It was more a matter of formalizing what I was already doing with the title,” he says. “It’s not like my job changed.”

Mr. Cohen says Comcast applies diversity standards to its governance, workforce, suppliers, charitable work and, importantly, its programming, both at Comcast cable and NBC. He pointed to the hiring of

in 2015 as the first permanent African-American anchor of “NBC Nightly News.”

“We are presenting pictures and stories of America,” Mr. Cohen says.

Cancel reply
Whose Advice Are You Taking? The Fight Over College Counseling at Elite High Schools
The Business Case for More Diversity