Diverse and inclusive cultures are providing companies with a competitive edge over their peers.

So concluded The Wall Street Journal’s research analysts in their first ranking of corporate sectors, as well as the individual companies in the S&P 500 index, based on how diverse and inclusive they are.

The financial industry overall was the best-performing sector in the study, with banks and insurers dominating the list of the 20 most diverse companies. The communications-services and consumer-staples industries came in a close second and third, while the energy and materials sectors brought up the rear.

Turns out the 20 most diverse companies in the research not only have better operating results on average than the lowest-scoring firms, but their shares generally outperform those of the least-diverse firms, the research shows.

Many of the high-scoring companies in the study say that having a well-rounded workforce has helped them create better products and be more innovative, leading to growth in sales and profit. Analysts agree that diversity can help fuel innovation, which is critical to success in a fast-changing world where technological disruption has become the norm.

The Wall Street Journal diversity and inclusion ranking of companies in the S&P 500 is based on 10 metrics including the representation of women, age and ethnic diversity, and whether the company has diversity programs in place. The top 20 companies, scored on a scale of 0-100:

responsible-investment analyst at Newton Investment Management, a unit of

“Too often we have seen companies fail or make poor decisions where teams are populated with individuals who all think the same, or who are unwilling or unable to challenge the status quo.”

To create the ranking, The Wall Street Journal’s environment, social and governance research analysts gave each company in the S&P 500 a diversity and inclusion score from 0 to 100. The scores were based on 10 metrics, including the age and ethnicity of the company’s workforce, the percentage of women in leadership roles, whether the firm has diversity and inclusion programs in place for employees, and the makeup of the board. (See the full methodology.)

& Co. took the top two spots in the ranking, with scores of 85 and 80, respectively. The financial industry overall had an average score of 50.4 followed closely by the communications-services industry at 49.5 and the consumer-staples sector at 48.8. Companies in the energy and materials sectors earned average scores of 40.

Following a string of gender- and racial-discrimination lawsuits over the past few decades, banking firms in recent years have worked to narrow pay disparities and recruit a more diverse workforce. Other companies in the financial sector have had to make changes to attract and retain millennial workers and to reach an increasingly diverse U.S. customer base.

“Consumers have many different options and higher expectations for products and services that reflect and meet their unique needs,” says

chief human-resources officer at Progressive. “This makes constant and concerted attention to diversity and inclusion a business imperative.”

“Small-cap companies have been slow to embrace the message that gender, racial and ethnic diversity make for better board discussions and decision-making,” says

senior director for responsible investing at U.S. money manager Nuveen Investments Inc., which last year started to press about 470 midcap and small-cap companies to add more women to their boards or adopt hiring policies that emphasize diversity in the nomination process.

Female representation on boards overall remains fairly low across the S&P 500, the research found. Less than 2% of S&P 500 companies have boards consisting of 50% or more women, while 77% have boards where more than two-thirds of directors are male.

Meanwhile, 28 companies in the S&P 500, or less than 1%, fully disclose ethnic diversity in senior management, and only 17 companies fully report ethnic diversity at the board level. Millennials also are largely absent from top positions at S&P 500 companies, with only 22 firms having at least one board member under the age of 40. 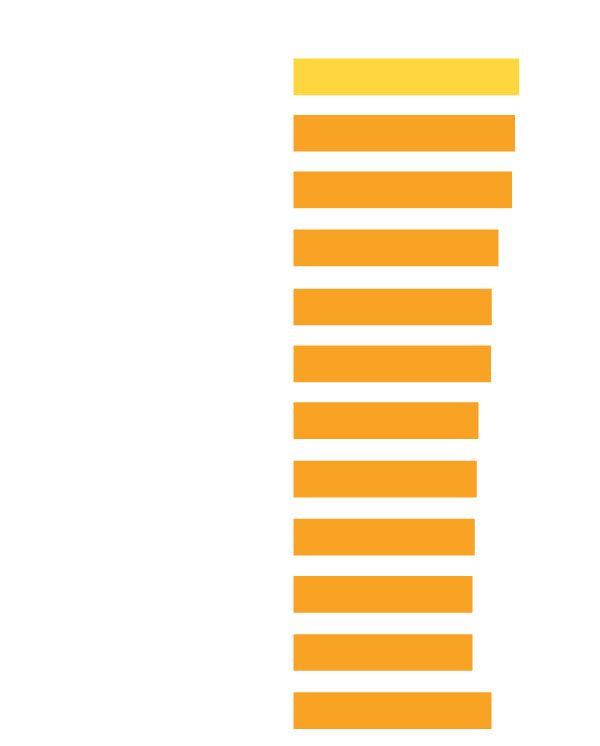 Looking at other data, board independence is high among S&P 500 companies—at 85% of the firms, at least two-thirds of directors have no link to day-to-day operations. The result, analysts say, is that the companies are getting diverse points of view due to different professional backgrounds.

Probably the biggest takeaway from the study is that diversity and inclusion appear to be good for business.

The research showed that the 20 most diverse firms in the ranking have an average operating profit margin (the profit a company generates from its core business before interest and tax, as a percentage of sales) of 12%, compared with 8% for the lowest-ranking companies. Their shares, meanwhile, had an average annual total return of 10% in the five years through June 28 and 14% over the 10 years through June 28, versus 4.2% and 12% for the 20 least-diverse companies. The S&P 500 index posted annual gains of 8.9% and 14%, respectively, over the same periods.

“The bottom line is that companies that are able to attract and retain talent are going to be more successful financially over the long term,” says 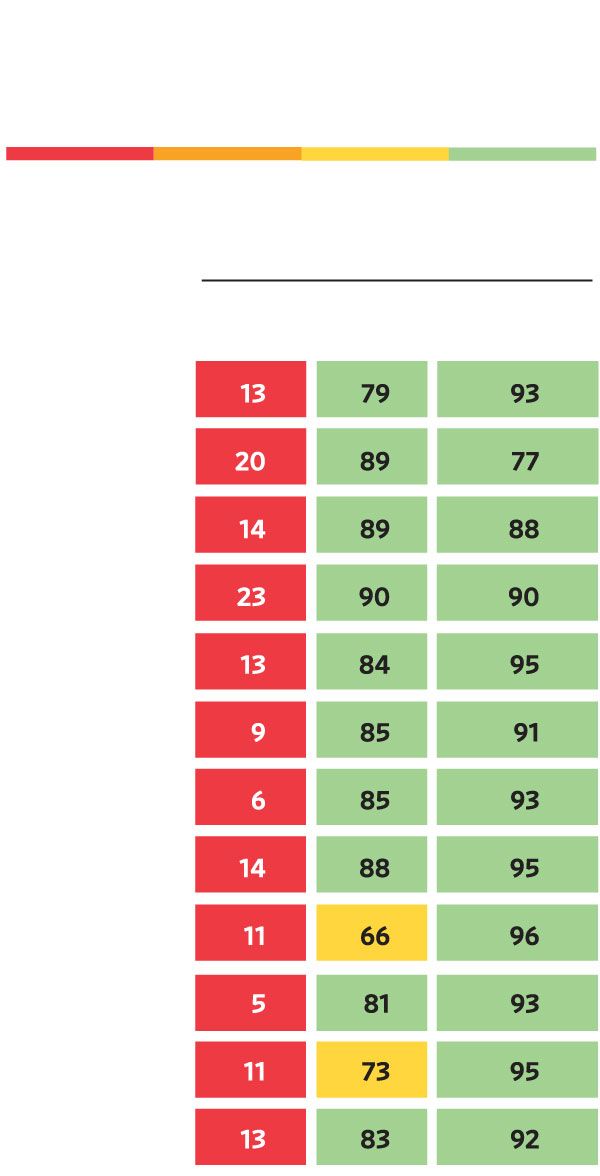 Among the top-ranked companies,

says it has drawn on the diversity of its workforce to create new hair-care brands for people of color. This year, P&G launched the Head & Shoulders Royal Oils Collection, developed by a team of the company’s black scientists. In 2017, it introduced the Pantene Gold Series of hair products also designed for black consumers.

the CEO, president and chairman of P&G, believes that his company’s diverse teams are one reason it has delivered strong financial results recently. P&G had 5% growth in organic sales (those not attributed to acquisitions) in fiscal 2019.

“A diverse team supported by an inclusive environment that values each individual will outperform a homogenous team every time,” Mr. Taylor said in an email.

P&G took top marks for having an ethnically diverse workforce and employee groups that support various types of workers, including people of color, women and the LGBT community, according to the WSJ study.

holds the additional title of chief diversity officer, signaling the company’s commitment to diversity and inclusion from the top.

“Diversity and inclusion are essential to everything we do at Nielsen, not just our financial performance,” Mr. Kenny said in an email, adding that Nielsen’s products need to be diverse and inclusive to ensure the company produces unbiased data.

Nielsen earned top scores for the number of women it has in senior management roles, as well as the number of groups it has for diverse employees.

Not all of the top-ranked companies have products aimed specifically at diverse customers, but most say that cultivating workers from different backgrounds and having diversity at the highest levels helps with product development.

“A diverse workforce promotes fresh, innovative thinking that translates into a competitive advantage, which in turn translates into winning products for our customers,” said

chairwoman and chief executive at General Motors Co. In June GM became one of the first major U.S. companies with a majority-female board of directors.

which also ranked in the top 20, women now hold 40% of positions at vice president and above, and half of the company’s directors are either women or racially diverse, the Bethesda, Md.-based hotel company says. Marriott says it aims to reach gender parity in all leadership roles by 2025. 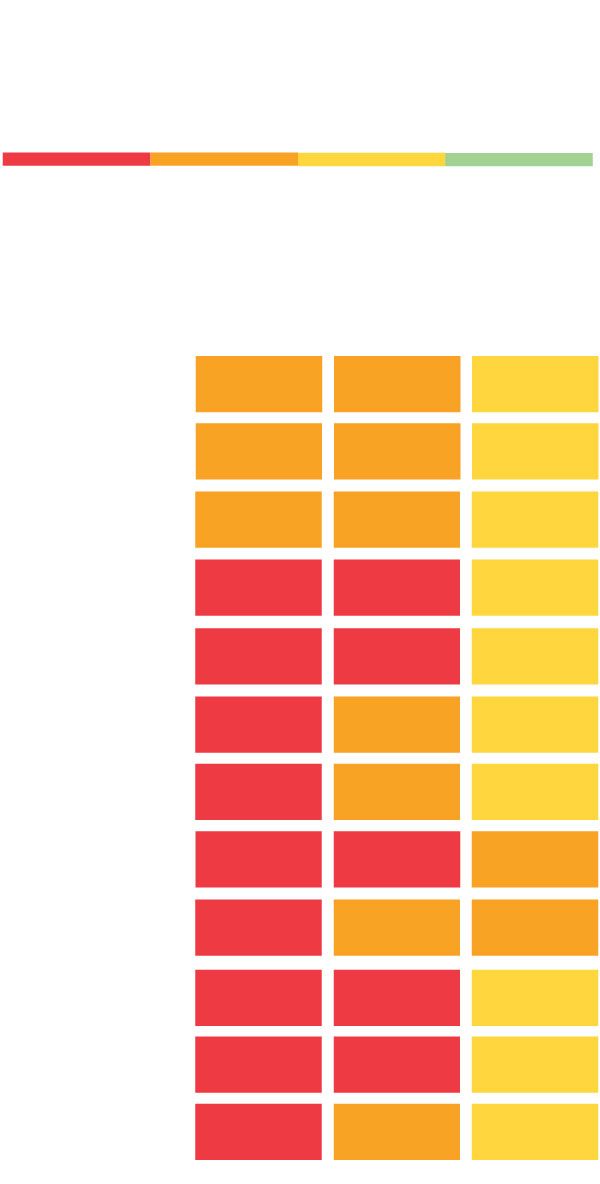 Diversity and Inclusion Head and Programs

As a franchiser, 1,300 of its 7,000 hotels are owned by women or nonwhite men, and the company estimates 1,500 will have diverse owners by next year.

“If we are to thrive as a global company, everyone who walks through our doors must feel welcome,”

As companies seek to attract and retain younger workers in a competitive hiring landscape, more of them are seeking advice on diversity programs, consulting firms say.

“Our clients are increasingly looking to us for best practices and strategic advice on how to improve their diversity and inclusion efforts,” says

global chief people and purpose officer at Deloitte. This year, a Deloitte survey estimated that 63% of millennials would consider quitting if their employer didn’t prioritize diversity and inclusion.

Ernst & Young says it also has seen a “measurable change in the market” from clients seeking D&I advice, says

principal for people advisory services at the accounting and professional-services firm. “Leaders are coming to us for tangible advice on what they need to do to dip into the advantages a diverse and inclusive work environment brings,” she says.

Mr. Holger is a reporter for The Wall Street Journal in Barcelona. Email him at dieter.holger@wsj.com. Maitane Sardon contributed to this article.

What do you think about diversity and inclusion as a performance metric? Join the conversation below.