picked stocks for three decades. He spent the 1990s at Harvard University’s endowment, making winning bets on and against companies. Then he built a hedge fund, Highfields Capital Management, which made a mint in 2001 betting against Enron Corp.

Recent history hasn’t been as kind. After badly trailing the market in recent years, Mr. Jacobson told investors in his $12.1 billion fund a year ago he was giving them their money back.

“I wasn’t having fun,” he told a group of other hedge-fund titans the next month at a Miami dinner. “How about you guys?”

Hedge-fund managers once reigned over the investment industry. The best of them accumulated huge wealth. Investment funds angled to buy pieces of their business. Clients lined up for the privilege of investing with them. The biggest endowed the arts and education and put their names on buildings.

Today, clients have withdrawn money for three straight years from hedge funds that pick stocks, either betting for or against, according to research firm

That is the longest stretch of net outflows from such funds, once the growth engine of the industry, since HFR began tracking the data in 1990.

Hedge funds use many strategies. Some make calls on the direction of interest rates or currencies. Some buy discounted bonds in a wager the companies that issued them will strengthen. So-called quant funds use computer models and predictive algorithms to sift vast reams of data and decide what to buy and sell.

At hedge funds where human stock pickers are in charge, managers dig into corporate filings, meet with companies’ managements and suppliers, parse data for insights on customer behavior, or bet on events such as mergers. Their trades are either long, wagering on a security to rise, or short, a bet it will fall.

Stock hedge funds outgunned the S&P 500’s total return, meaning with dividends included, by an average of more than 5 percentage points a year from 1990 through 2009, according to an analysis of HFR data that tracks equity funds using both fundamental and quantitative strategies.

From 2010, early in a record bull run, through this September, clients have been paying those funds to trail the S&P by nearly 9 points a year, on average. 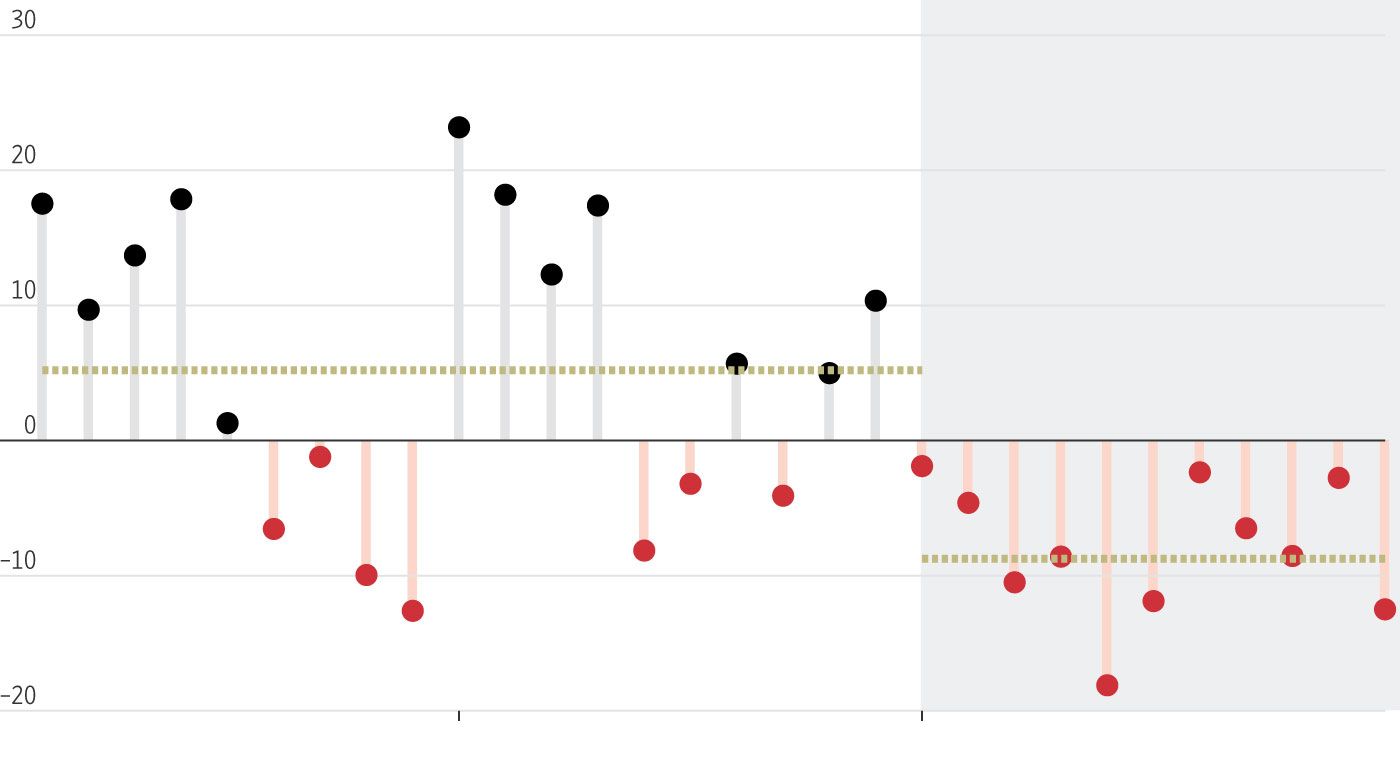 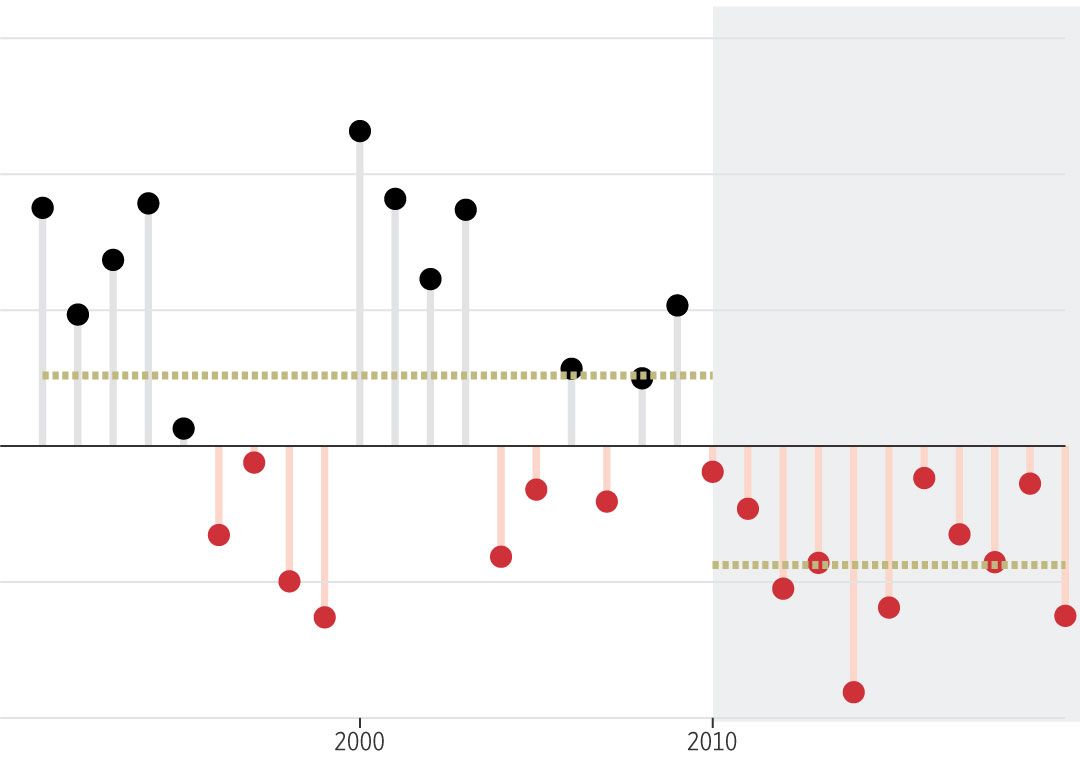 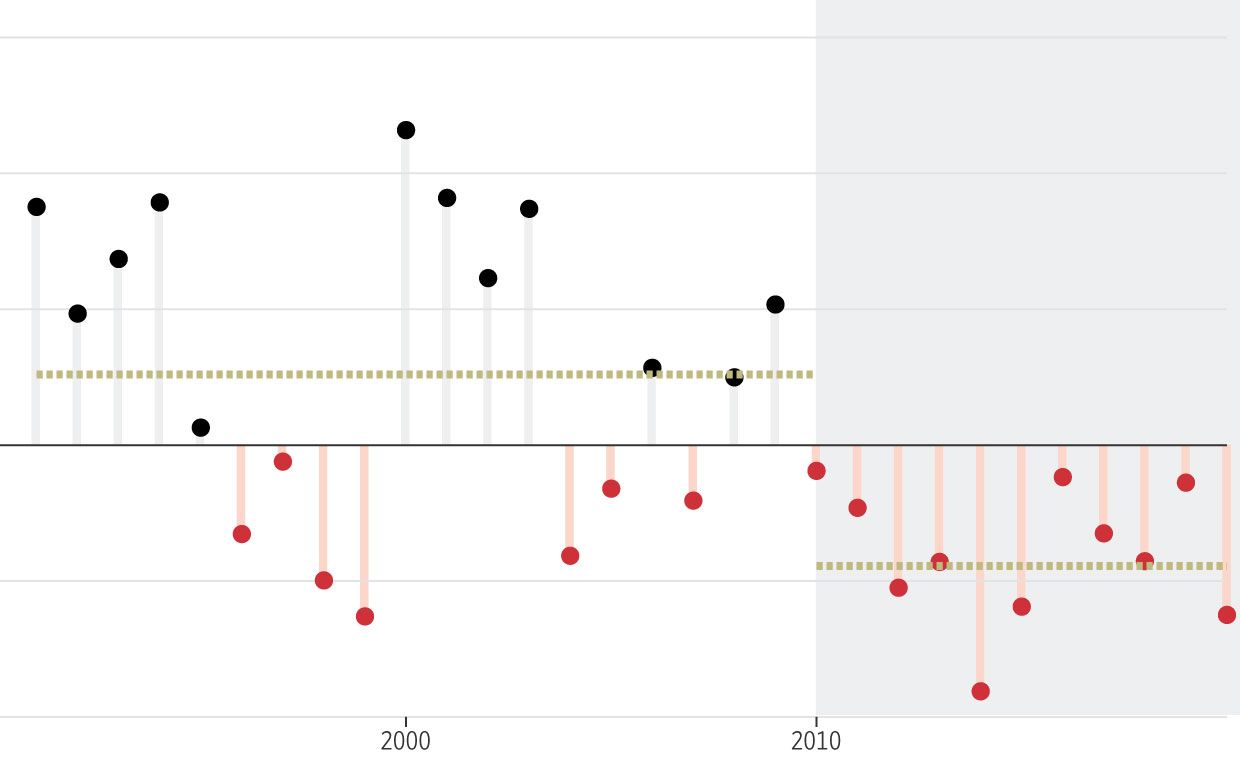 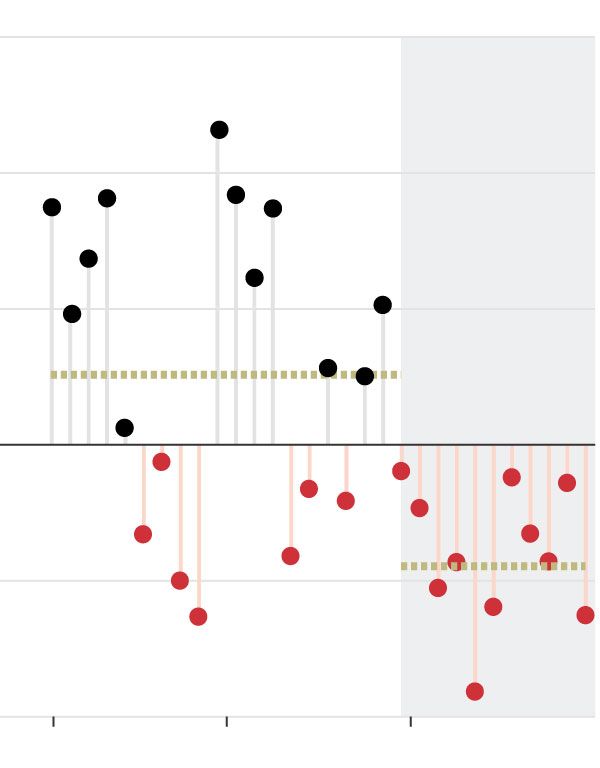 of Fund Evaluation Group, a consulting firm that provides advice on where to invest. “Clients expect them to underperform in a raging bull market, but not by a huge degree, for years on end.”

In the golden age of stock picking, hedge-fund pioneers such as

Mr. Vinik closed his hedge fund in 2013 but said in January 2019 he would relaunch it and hoped to raise $3 billion in two months. He raised $465 million.

What changed? For one, volume. There were just 530 hedge funds in 1990, managing a total of $39 billion. Today there are more than 8,200, all trying to find winning bets for what is now a vast trove of $3.2 trillion of investor money.

For another, managers say the rise of quantitative and passive investing has distorted how stocks move and reduced the chances to profit. Quants can spot and eliminate certain mispricings of securities that once offered opportunities to stock pickers. Further complicating matters, stocks in recent years have had an increasing tendency to move in tandem, whether on signs of a Federal Reserve rate move, a presidential tweet on trade or other events.

The portion of stocks traded by humans—in the market overall, not just at hedge funds—has fallen by an estimated two-thirds since the late 1990s to about 15%, according to JPMorgan Chase & Co.

Hedge funds have typically charged annual fees of 2% of invested assets and 20% of investment profits. It’s a measure of their struggles that a growing number now charge less.

There’s been a parade of hedge-fund shutdowns, including some that investors once clamored to get into, such as SPO Partners & Co. and Blue Ridge Capital. In each year since 2015, more hedge funds have closed down than have launched, according to HFR.

Prominent managers such as William Ackman and

who could readily move markets and became household names, now run a fraction of the money they used to. Mr. Einhorn’s Greenlight Capital started 2019 with $2.5 billion in assets under management, versus $12 billion in 2014.

The largest investor in hedge funds,

has cut back on funds where humans weigh company fundamentals.

made its call in 2015, said people familiar with the firm, in part because low interest rates were hurting funds’ ability to make money from their short bets. Blackstone, which invests about $81 billion in hedge funds, shifted much of what it used to invest in fundamental stock-picking funds to quant funds.

Both the number of hedge funds and their assets have surged. 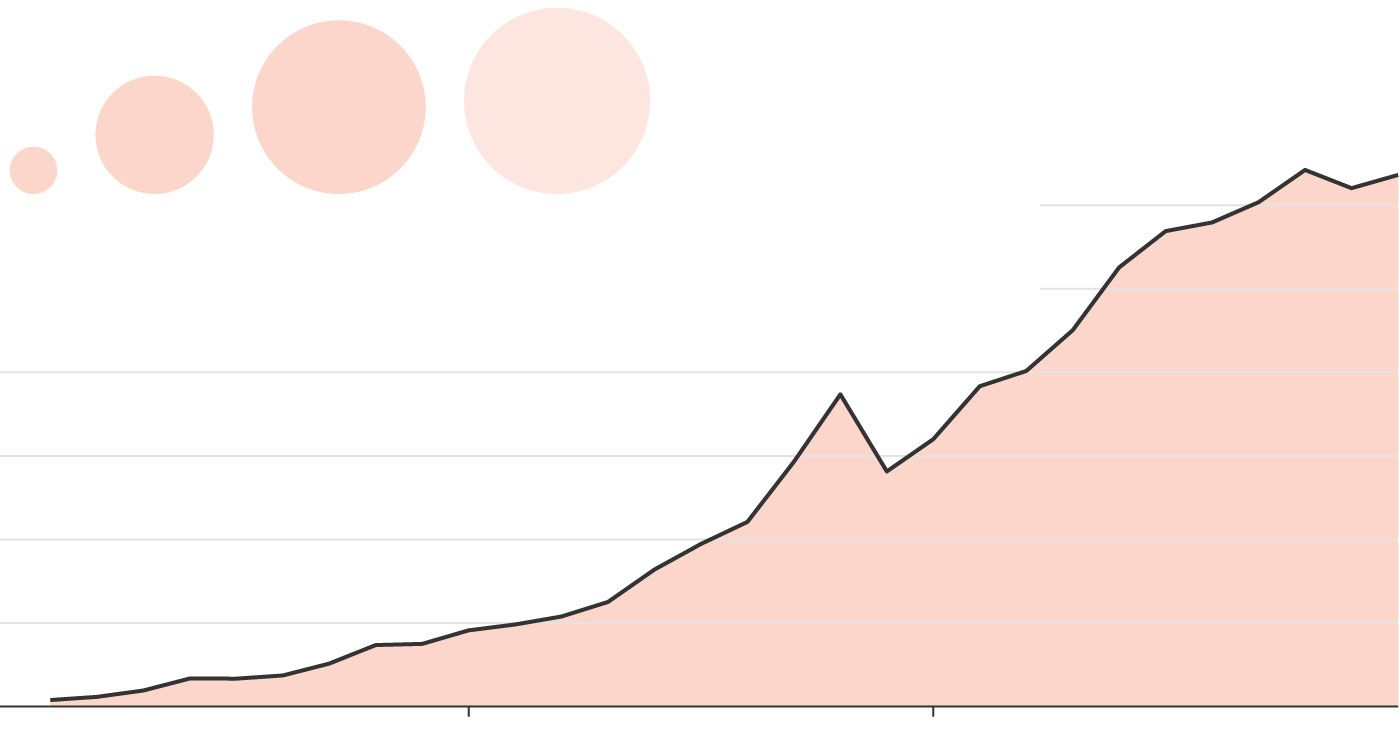 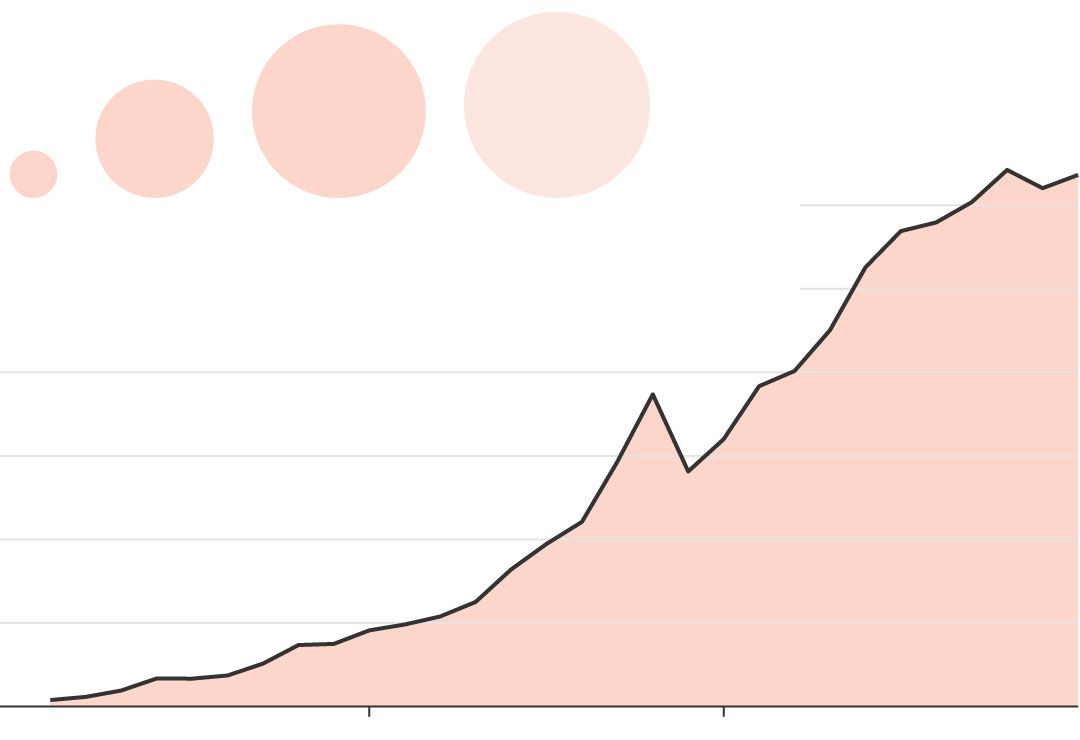 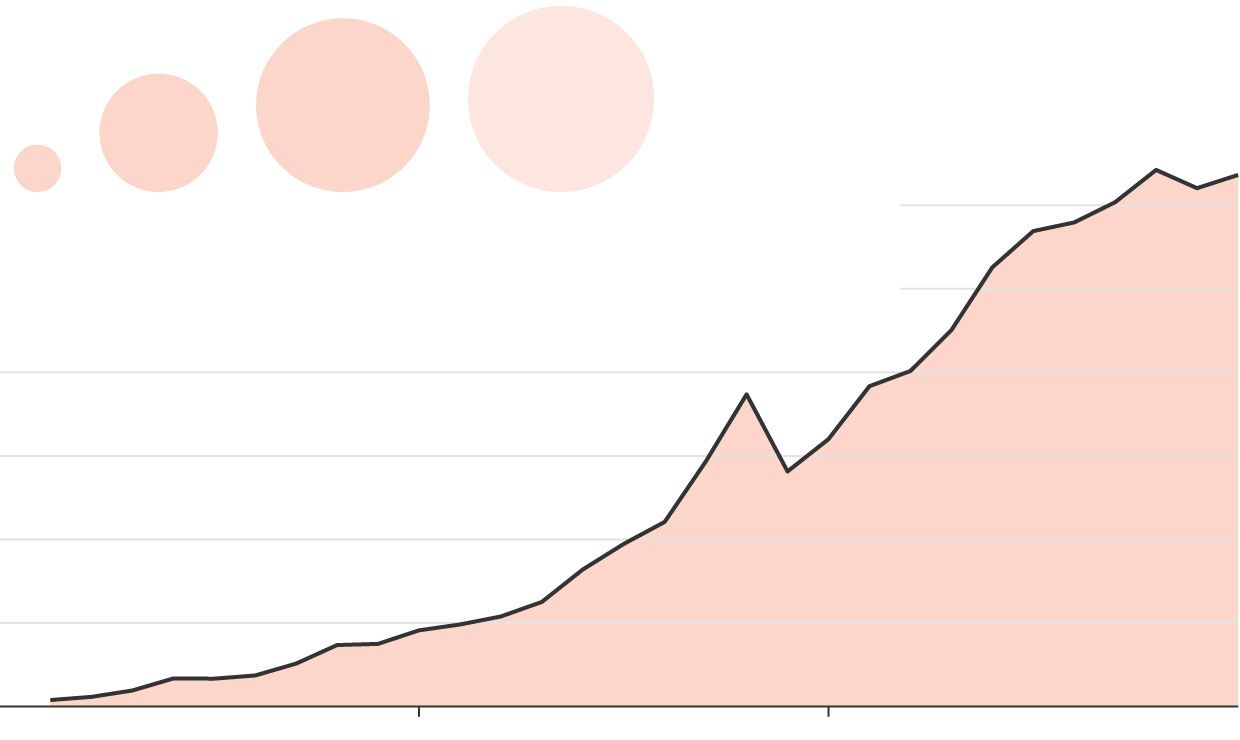 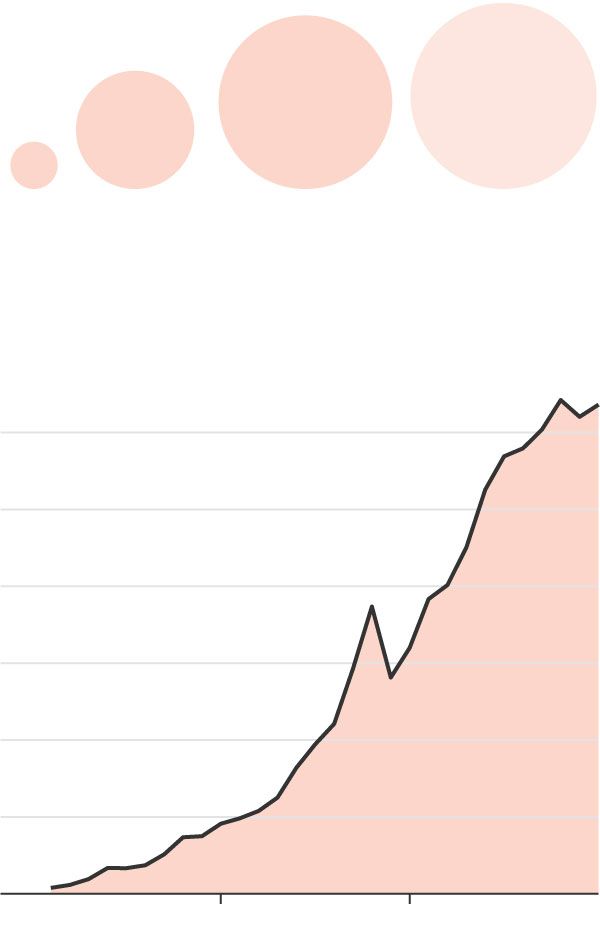 Other investors are favoring stock-picking funds they think have a particular advantage, such as biotech-focused ones that employ scores of Ph.D.s and M.D.s, or so-called platforms that deploy several separate trading teams.

“There’s times I remind myself, these guys didn’t forget how to make money all of a sudden,” said

of Paamco Prisma, a firm that advises on or invests $23 billion of client assets in hedge funds. “But holding your breath and hoping for change is not a strategy. The question is, ‘How are you adapting to the new reality?’ ”

Would you put money into a hedge fund where human stock pickers try to beat the market? Join the conversation below.

One answer is to buy stakes in businesses that haven’t yet gone public. Fat returns flowed in recent years to Tiger Global Management and Coatue Management—firms that invested early in then-private companies such as

and JD.com, in addition to public companies. D1 Capital Partners, a high-profile fund that started last year using this hybrid approach, recently gauged interest in a vehicle that would invest only in private companies, said people familiar with the fund.

The struggle to find the best path in challenging times has frayed the relationship between the founders of Senator Investment Group, which had a strong debut a decade ago. Launched in July 2008, Senator was flat in that financial-crisis year when many suffered, and soared 60% in 2009. Investors piled in.

have been locked in a running debate about the right strategy for the firm, which managed $7.5 billion at the end of September, down from $9.5 billion in early 2018. Mr. Silverman has argued for sticking to its core strategy of stock picking and trading around events.

Mr. Klabin has pushed for significant change, said people familiar with the fund, at various times arguing for longer-term, concentrated bets; for more focus on private investments; and for a move into shareholder activism at target companies. Mr. Klabin also has been building up an internal team the New York firm has described as a think tank focused partly on thematic bets such as the future of work.

In February, Mr. Klabin moved up a floor at Senator’s Madison Avenue building, to the 29th. A recent hire, activist investor

keeps desks on both floors to work with each founder, said people familiar with the firm.

The co-founders worked with their longtime performance coach last year on improving their relationship, said people familiar with Senator.

The rupture has continued this year even though Senator has done better. It was up 15.5% for the year through September, against 20.6% for the S&P 500 total return and 8.1% for all stock hedge funds, according to HFR.

A person close to Senator said the firm is on steady footing, in part because more than half of the money it manages is locked up for at least two years and also because Messrs. Klabin and Silverman are committed to the firm.

launched their hedge fund, Highfields, in Boston in 1998 and focused on value investing, searching for less-expensive stocks and bonds they believed would appreciate over time. Harvard’s endowment was the first investor, writing a check for half a billion dollars.

The fund regularly beat the overall stock market by about 10 percentage points early on, said former employees and investors. The returns built loyalty among clients, whom the managers met with just once a year. Mr. Grubman retired in 2010.

Highfields notched some of the early gains with contrarian bets. After Sept. 11, 2001, Highfields bought shares of gambling companies that had declined after a drop in air travel.

It stuck with its bet against Enron for more than two years despite a chorus of naysayers and a rise of more than 50% in the energy company’s stock at one point. The bet paid off when Enron collapsed in an accounting scandal around the end of 2001.

The “E” from an Enron sign, displayed at Highfields, was a reminder for staffers to read footnotes in company filings, and to visiting management teams that Highfields did its homework.

Some inside the firm blamed a yearslong market trend favoring “momentum” stocks over the value stocks Highfields focused on. Some said Trump administration antitrust moves had made betting on merger activity trickier. Investors and friends say Mr. Jacobson, a competitive person accustomed to winning, was frustrated by the market.

Mr. Jacobson, then 57, started to wonder if there might be something else he’d enjoy doing more with the rest of his life, said those who know him. He asked several friends, such as Och-Ziff founder

about their experiences after they gave up managing other people’s money.

Days before telling clients in early October 2018 he was shutting the fund, Mr. Jacobson informed some employees so they could start liquidating holdings. “After three-and-a-half decades of sitting in front of a screen, I realized I am ready for a change,” he wrote in a client letter.

Highfields averaged a 10% annual return from its 1998 inception through September 2018, vs. the S&P 500’s average 7.4% total return in that stretch, according to a person familiar with the firm.

A month after he told clients he was closing the fund, Mr. Jacobson addressed

top trading clients at a dinner during an annual conference it holds for them. Mr. Einhorn was there, as were others such as

of Third Point and

Perched on a bar stool fielding questions, Mr. Jacobson said he had been restless as the 20th anniversary of his firm approached. He said he wasn’t enjoying investing anymore, and had wondered how much longer he could remain committed as he contemplated making several long-term hires.

Then Mr. Jacobson asked whether others in the room were having fun.

The question, posed on the heels of a violent stock pullback that had bruised many stock pickers in the room, fell flat.

Write to Juliet Chung at juliet.chung@wsj.com