struck a truce with an activist investor that had been pressuring the telecom giant to revamp its strategy, and said its chief executive will stay at the helm through next year.

has used big acquisitions of Time Warner and DirecTV to turn the company into a major media provider, a shift that activist Elliott Management Corp. had called into question. He said Monday the company would forgo big takeovers in the coming years as executives focus on improving the bottom line.

“I believe we’re on the threshold of something really remarkable in terms of the next chapter of AT&T’s storied history,” Mr. Stephenson said Monday during a conference call with analysts. “I have every intention of being here,” he said.

The company reported another quarter revealing the challenges of moving beyond its traditional telephone business. Overall, quarterly profit and revenue declined from a year earlier. AT&T’s core cellphone business gained subscribers, but more than one million customers abandoned the company’s DirecTV unit.

Line in the Sand

AT&T set a profit goal for 2022 that would mark a sharp improvement from recent years and Wall Street’s expectations. 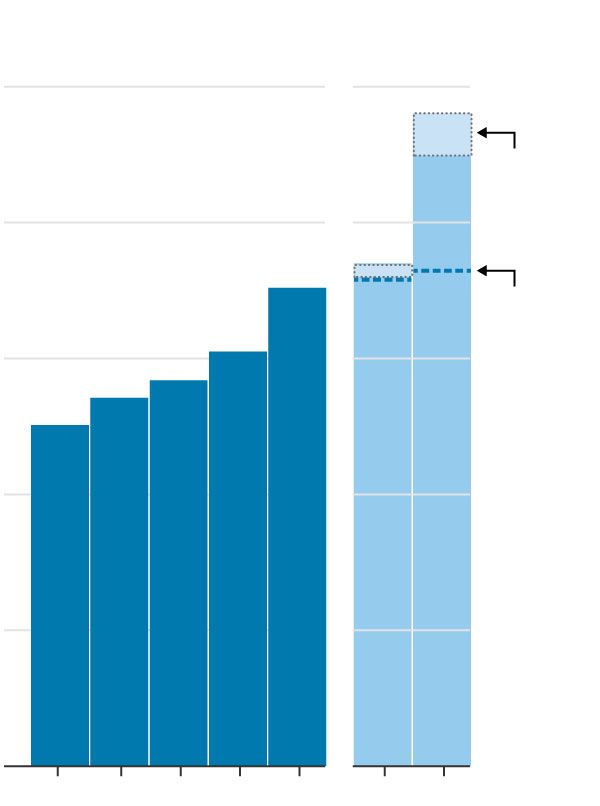 Cord-cutting has sapped the satellite-TV provider, putting greater importance on AT&T’s plan for a new streaming service called HBO Max that can compete with

and other new video services. Executives said Monday they plan to spend $2 billion next year to launch the service, which they will unveil on Tuesday.

AT&T’s peace deal with Elliott includes a commitment to heavy stock buybacks and a plan to appoint two new directors to its board. The board, led by Mr. Stephenson, has 13 members. AT&T will nominate the new appointments, who will succeed retiring board members, over the next 18 months.

The company pledged to conduct a review of its portfolio and pay down debt from its 2018 takeover of Time Warner. AT&T also agreed to separate the roles of chairman and CEO when Mr. Stephenson retires.

Elliott, for its part, has no restrictions on its ability to publicly criticize the company in the future. Typically, in a settlement, an activist investor makes commitments as well, such as promising to not wage a proxy fight or keeping out of the public eye in exchange for some of its demands.

How does AT&T’s deal with activist investor Elliott affect the company’s future? Join the conversation below.

The deal solves problems for both sides. AT&T avoids a distracting fight with Elliott, an aggressive investment fund led by billionaire

Elliott, for its part, might profit from the concessions the company is offering without having to mount a costly proxy battle.

AT&T’s wireless wing delivered a steadier performance, notching a gain of 101,000 postpaid phone subscribers, a valuable category of customers who pay for service at the end of the billing cycle. A year earlier, the company reported 69,000 net additions of postpaid accounts.

said the quarterly results missed Wall Street projections in almost every category, but the company compensated for that with a profit outlook through 2022 that beat expectations “by a country mile.”

The company’s three-year capital-allocation plan announced Monday would retire all of the debt acquired from its Time Warner purchase. The plan calls for AT&T to spend 50% to 70% of its free cash flow after dividend payments on share buybacks.

As the company looks to divest noncore assets, Mr. Stephenson said during Monday’s call that there “there are no sacred cows.” Regarding DirecTV, he said the struggling satellite-TV business will remain important to AT&T’s strategy, though he added, “we’ll approach it with a fresh set of eyes” and “we’ll evaluate multiple options, including partnerships” and other structures as needed.

AT&T became what its CEO calls a “modern media company” in 2018 through its $80-billion-plus purchase of Time Warner, the owner of Warner Bros. studios, Turner cable channels and HBO. Executives said the deal would help AT&T attract and keep customers by offering them top-tier films and TV shows.

The company has spent the past year developing a new subscription service called HBO Max, an online-only package of content from the premium TV brand as well as Warner Bros. movies and TV-audience favorites such as “Friends.” The company will demonstrate the new service Tuesday at a Burbank, Calif., event after several setbacks that pushed the product’s full commercial launch to this spring.

Its challenge is compounded by rival technology and media companies also plowing billions of dollars into streaming video sites that will get the jump on HBO Max.

will start showing the first TV series produced for its $4.99-a-month TV+ service on Nov. 1.

will follow Nov. 12 with Disney+, a library packed with popular movies from Marvel, Star Wars and its namesake studio for $6.99 a month.

Cancel reply
When a CEO’s Personal Life Should Be Made Public
California Fires and Blackouts in Photos: What We Know