WASHINGTON—U.S. employers hired at a solid clip in October, the latest evidence that the economy remains firmly in growth mode.

Employment grew by a seasonally adjusted 128,000 in October and job creation the prior two months was revised higher by 95,000, the Labor Department reported Friday. Last month, private-sector employers added jobs, including in health care and hospitality. The gains more than offset the impact of a strike at

plants and drop in federal government jobs related to the Census.

The unemployment rate ticked up from a 50-year low to 3.6% in October, and wage growth remained steady, up 3% from a year earlier. Friday’s jobs report along with other recent economic news point to an economy that is growing at a stable but slower rate compared with 2018, despite signs of a global economic slowdown.

U.S. employers overall have added to payrolls for 109 straight months, by far the longest stretch of consistent job creation on record to 1939. Stocks climbed Friday after the October jobs figures comforted investors about U.S. growth.

The U.S. added 128,000 jobs in October, boosted by gains in hospitality, retail and health care. 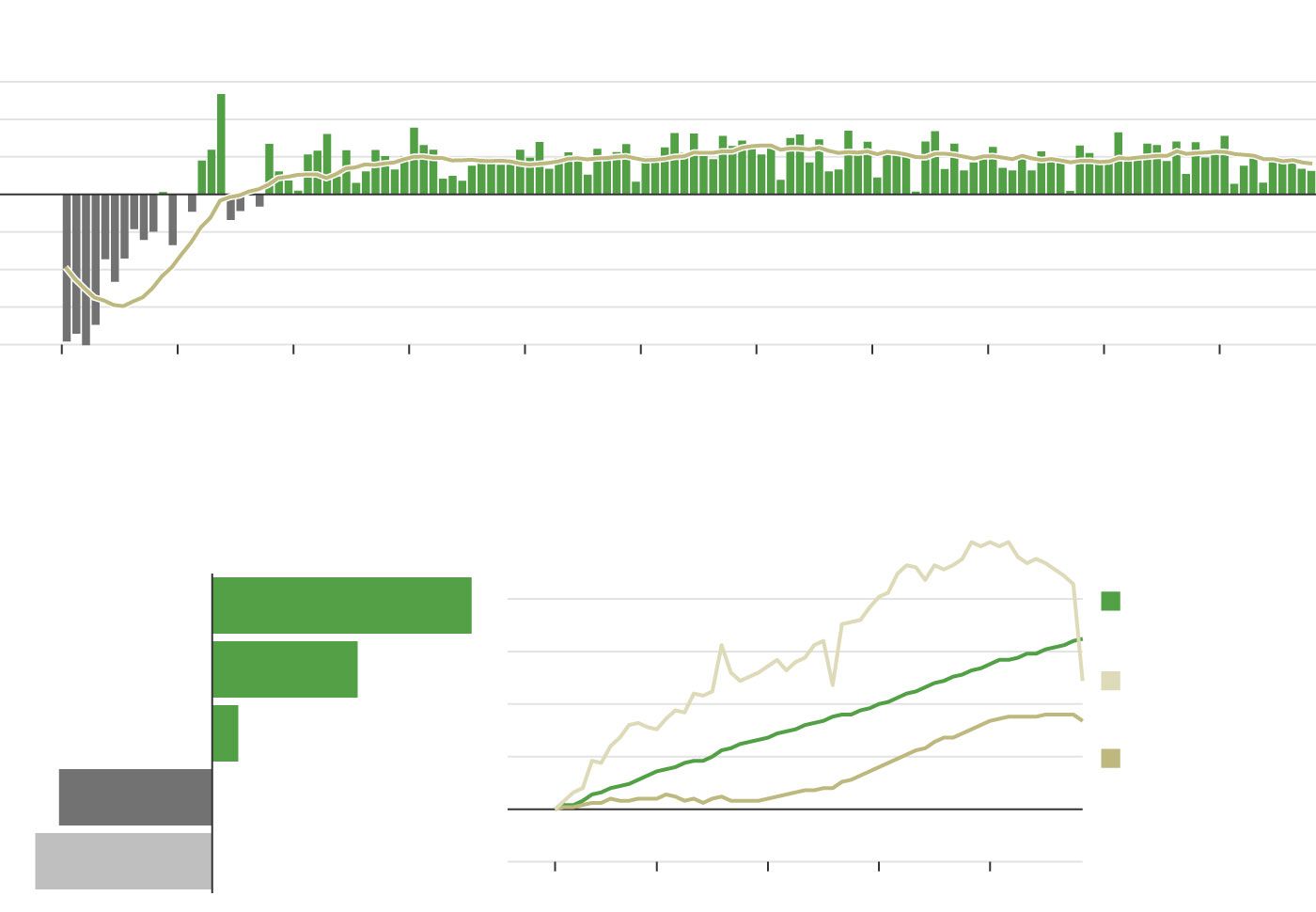 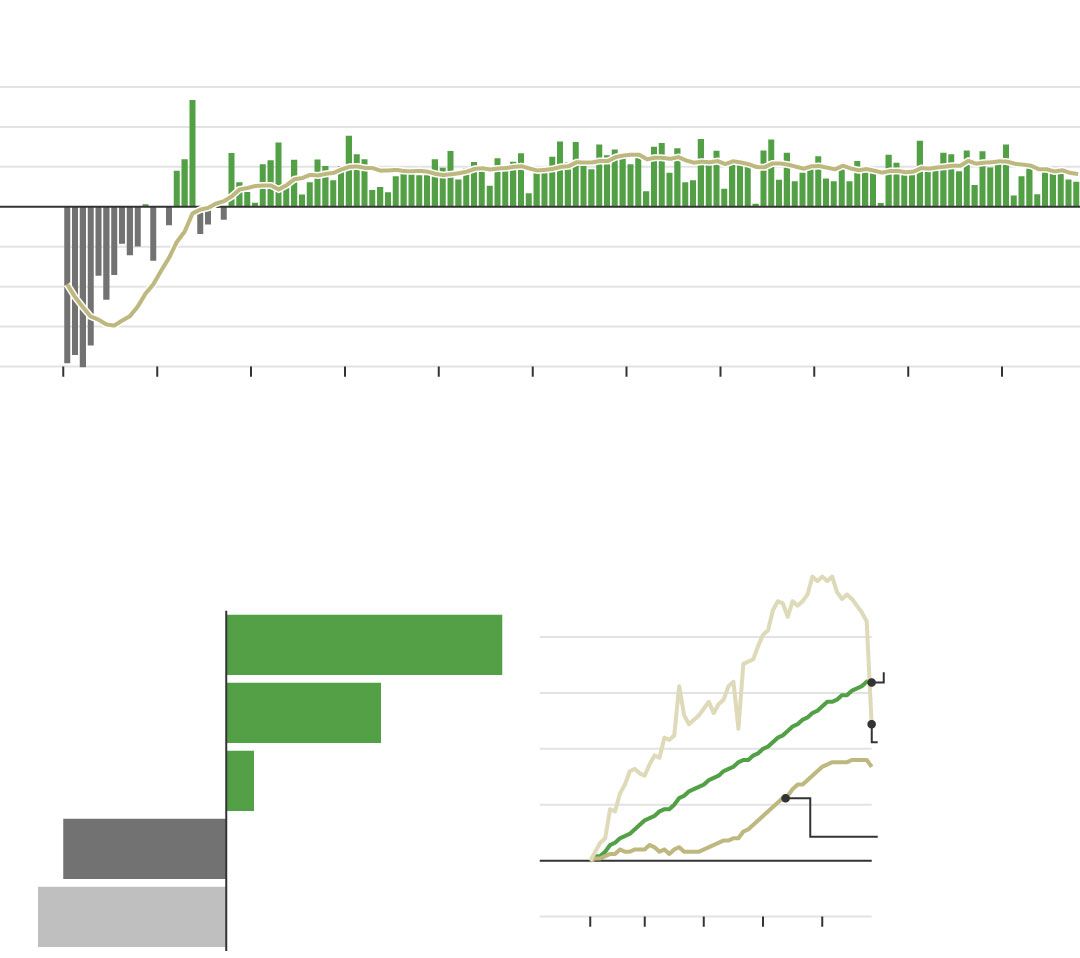 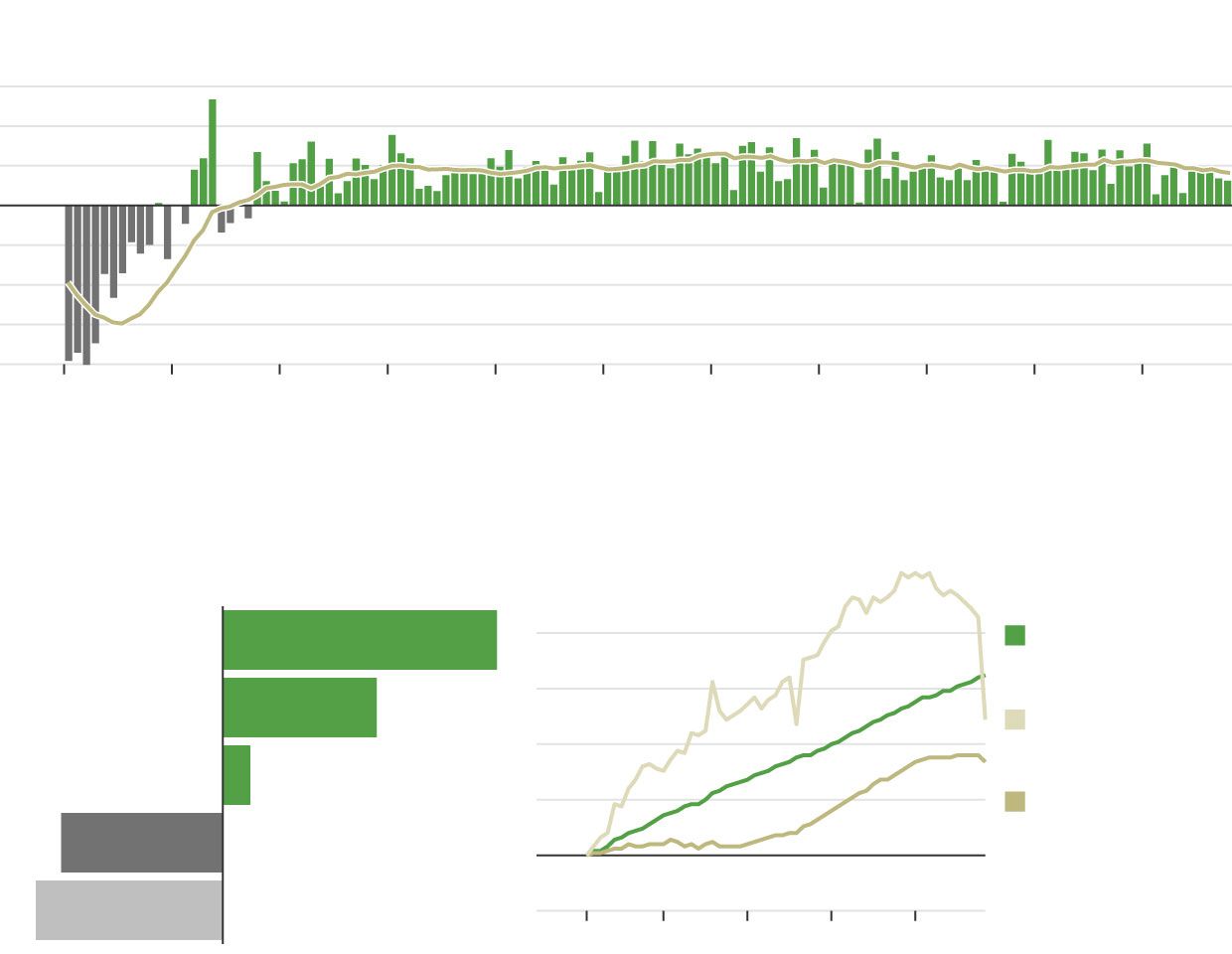 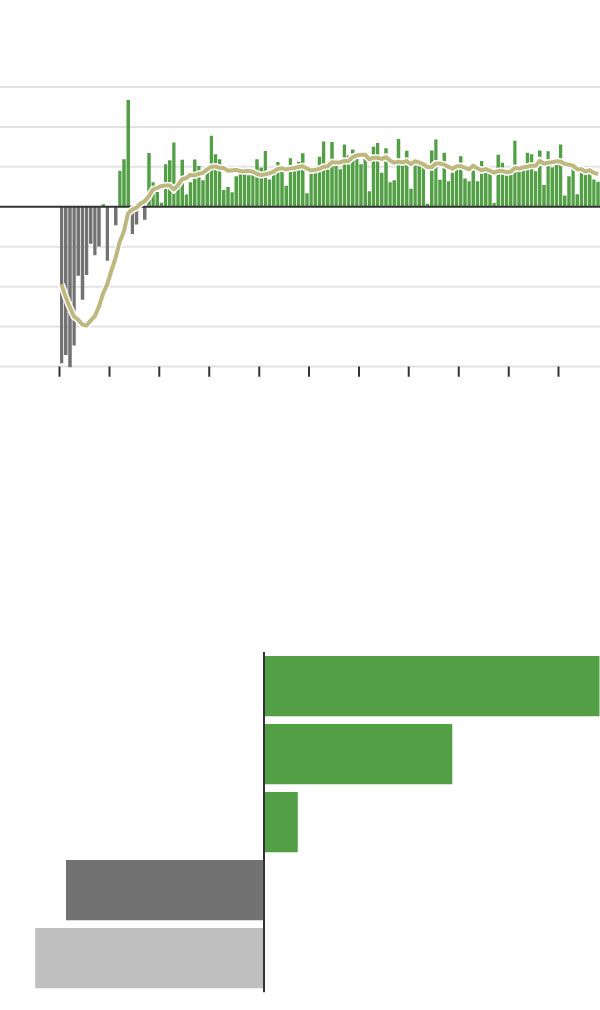 “The labor market is resilient,” said Julia Pollak, economist at job-search site ZipRecuriter. “There’s no doubt job growth has been slower this year, but the difference is small.”

Employment in auto manufacturing fell by 41,600 “reflecting strike activity,” according to the Labor Department. The 40-day GM strike ended last week, but the government didn’t count those workers as on payrolls last month because they were on picket lines the week of the employer survey. The federal government shed 17,000 jobs because many temporary workers completed their jobs for the 2020 census. Census is planning to add a half-million temporary jobs next year.

Still, job creation has cooled this year, though it is consistent with an economy that has settled back to a 2% growth rate from one expanding last year at about 3%. Employers have added an average 167,000 jobs to payrolls each month this year. That is a slowdown from the 223,000 jobs added each month, on average, last year, and on pace to be the worst year for job creation since 2010.

Job growth remains strong in areas of the economy that serve U.S. consumers and are generally shielded for global trends and trade disputes.

Has your employment situation changed in the last month? How so? Join the conversation below.

With the unemployment rate low and the economy in a decadelong expansion, diners are as hungry as ever for tacos, said Michael Mabry, chief development officer as Fuzzy’s Taco Shops, a Fort Worth, Texas, chain of 150 restaurants in 17 states. The company is planning to add between 15 and 20 locations by the end of next year, an expansion that would create several hundred new jobs, Mr. Mabry said.

“The industry itself is stable and our company is having some pretty good months, so it’s stacking up to be a pretty good year,” he said. Mr. Mabry said finding and retaining workers can be challenging. The firm’s restaurants are trying to become more efficient by redesigning kitchens to reduce the number of prep cooks and combining bartender and cashier jobs during slower periods of the day, he added.

The Federal Reserve this week cut its benchmark interest rate for the third time since July in an attempt to stimulate the economy, and signaled it was done cutting rates unless it sees a significant slowdown in economic activity. Friday’s jobs numbers offer justification for that pause.

Some U.S. employers are acting cautiously.

“We have a good sense of comfort right now but not a lot of long-term security,” she said. Tariffs led to higher prices for some products, she said. But more generally, Ms. Ball said she is preparing for a slowdown after some strong years. “I’m not going to hire someone that I don’t feel really confident about their employment prospects with us for a long time.”

The unemployment rate last month rose in part because more Americans joined the labor force, a positive sign. The rate, determined by a separate survey of households, was less affected by the GM strike because GM workers would likely have been counted as employed but not reporting due to a labor dispute. The two surveys use different definitions to count employment.

The share of Americans working or searching for work last month rose to 63.3% from 63.2% in September. The rate rose last month to the highest level since August 2013, hinting the labor market is drawing some Americans off the sidelines. Participation among those in their prime working years, between 25 and 54, touched a 10-year high.

A broader measure of unemployment and underemployment—which includes those too discouraged to look for work, plus Americans stuck in part-time jobs but who want to work full-time—rose to 7.0% in October from 6.9% in September.

Wages last year accelerated to grow at better than a 3% rate from a year earlier for the first time in a decade. But since peaking at a 3.4% increase in February, pay increases have eased somewhat. That suggests while businesses have job openings, many businesses are reluctant to boost wages enough to poach workers from competitors.

Write to Eric Morath at eric.morath@wsj.com

Leading the Polls Now? That’s No Indicator of Who Will Win the Primary
For GM, the Strike Was Worth It for the Long Run