From rural Canada to Australia’s dusty Outback, companies are swapping out diesel-fueled drills, loaders and utility vehicles for equipment powered by lithium-ion batteries. They are looking to reduce emissions and eliminate the exhaust fumes that foul the underground air and risk miners’ health.

Around 35 electric vehicles are at work at

’s Borden mine near Chapleau, Ontario, unearthing ore or ferrying workers around the site, which began producing commercial volumes in October. Newmont wants the mine to go all-electric. An electric production drill will arrive early next year, a spokesman said, and diesel haul trucks are likely to be phased out.

Some of the world’s biggest mining companies are seeking to reduce their carbon footprint. 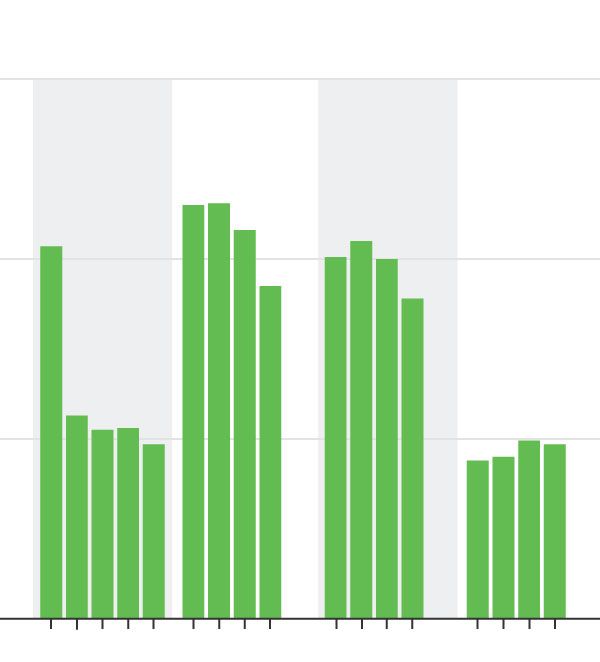 millions of metric tons of CO2-equivalent

“The Holy Grail is a haul truck,” said

who oversees low-emission technologies at

, the world’s largest mining company by market value. These heavy-duty trucks carry tons of ore out of the bottom of pits, and with current technology, matching the power of their diesel engines would require an enormous battery pack.

BHP has been testing a light electric vehicle over the past year at Olympic Dam, Australia’s largest underground mine, and this month it will add another. The company intends to expand the trial to other Australian mines. In Canada, workers planning BHP’s Jansen potash project are assessing how many electric vehicles could be deployed if it goes ahead.

The aim is one day to eliminate all diesel-powered machines from mine sites, Ms. Rose said.

Smaller rivals are also stepping up efforts to go green. Among them, Nouveau Monde Graphite Inc. is planning an all-electric open-pit graphite mine in Quebec.

, one of the world’s top suppliers of iron ore, CEO

said, “We’re always looking at opportunities to replace diesel.” But “the technology—the battery life—isn’t quite there yet for our operations,” she said.

The technology is advancing rapidly, but that can present another challenge: “It’s like laptops,” said

who is leading BHP’s trial at Olympic Dam. “By the time you get it home, it’s outdated.”

What other possibilities does this approach bring to industrial vehicles? Join the conversation below.

The purchase price is a further hurdle. Electric vehicles for use in mines cost from 40% more than to three times as much as diesel-powered ones, experts say.

Proponents counter that running costs are lower. Borden’s annual energy expenses should be lower by roughly US$9 million—possibly more—than a traditional mine’s, the Newmont spokesman said. One factor in that: As much as 40% of an underground mine’s energy costs are tied to powering giant ventilation systems to extract pollutants from tunnels.

Customers and investors are pushing for global resources companies to clean up their act. With a growing focus on the social impact of investments, many big pension funds and asset managers, as well as project financiers, are pressing miners to disclose and reduce their carbon footprints. Diesel is a ripe target: It accounts for more than one-third of BHP’s direct operational emissions, Ms. Rose said.

Regulators may soon join in the push. In July, the mines department of Western Australia state raised fresh concerns about the health of workers who spend up to 12 hours a day guiding heavy machinery around subterranean labyrinths.

the department’s director of mines safety. A government committee is drawing up recommendations for the state’s mines minister.

Within a few years, diesel machinery will likely no longer be used at new underground mines in Australia, while being phased out at others, said

“I think what we are seeing now is the start of something quite big,” he said.

PLC, the world’s second-biggest miner by market value, is even studying the potential for hybrid engines on its heavy-haul railway trains.

who oversees rail services for Rio Tinto, is excited about the regenerative-braking aspect.

“Imagine a giant battery on one of those locomotives that is taking energy from the train as it is braking, storing it, and then it can use it when it needs power on the network,” he said.

Still, electrifying mine fleets won’t do much to cut the industry’s overall emissions without a shift away from fossil fuels to renewable power for generating electricity.

Write to Rhiannon Hoyle at rhiannon.hoyle@wsj.com

Cancel reply
The Making of the World’s Greatest Investor
California Relies on Planes, Lessons From Past to Prevent Deadly Blazes