said it has fired Chief Executive

because of his consensual relationship with an employee, the latest challenge for the company as it races to keep up with changes reverberating throughout the food industry.

The burger giant said Sunday that its board voted Friday to terminate Mr. Easterbrook after investigating his relationship with the unnamed employee. Mr. Easterbrook resigned from McDonald’s board as well. He wrote in an email to McDonald’s employees on Sunday that he had violated company policy on personal conduct.

“This was a mistake,” Mr. Easterbrook wrote in the email. “Given the values of the company, I agree with the board that it is time for me to move on.”

A representative for Mr. Easterbrook said he is grateful for his time at the company and has declined to comment further.

The board was alerted to the relationship, conducted a thorough investigation and acted swiftly, according to McDonald’s. The company declined to provide any other details.

Mr. Easterbrook, 52, has been chief executive since March 2015. During his tenure, the company’s shares nearly doubled in value but traffic to U.S. restaurants has continued to stagnate. McDonald’s is reckoning with challenges reverberating throughout the food industry from meat producers to supermarkets as consumers switch to products that they view as more healthful and big companies sacrifice profit for technological upgrades and delivery.

McDonald’s has invested in updating its sandwiches and renovating its restaurants to keep up with those changes, but paid a price in profits. And U.S. franchisees have balked at mandated investments in digital-ordering kiosks and new menu items like fresh-beef burgers. Franchisees started an independent association last year to push back against some of Mr. Easterbrook’s changes.

Mr. Easterbrook said earlier this year that he and other top executives, including Mr. Kempczinski, had been talking to franchisees in light of their concerns and had pushed back the timeline for owners making some capital investments as a result.

“Wouldn’t life be great if everyone was happy? Of course,” Mr. Easterbrook told investors. “Am I fundamentally concerned that it will derail us from the shared vision that we have? No, not at all.”

Mr. Easterbrook also rolled back offerings including premium burgers and parts of an all-day breakfast menu after they slowed down restaurant operations. Wait-times at McDonald’s drive-throughs have climbed in recent years as the company’s menu became increasingly complex.

Mr. Kempczinski, who helped implement many of the recent changes as head of U.S. operations, said he would maintain Mr. Easterbrook’s focus on technology as CEO and believes the company’s investments will pay off.

“There isn’t going to be some radical, strategic shift. The plan is working,” Mr. Kempczinski said in an interview on Sunday.

Mr. Kempczinski said investors should feel confident in the succession and that he intends to listen to consumers. He also said he looked forward to continuing to discuss concerns with franchisees. “It’s something we need to solve together,” said Mr. Kempczinski, who will also join McDonald’s board. 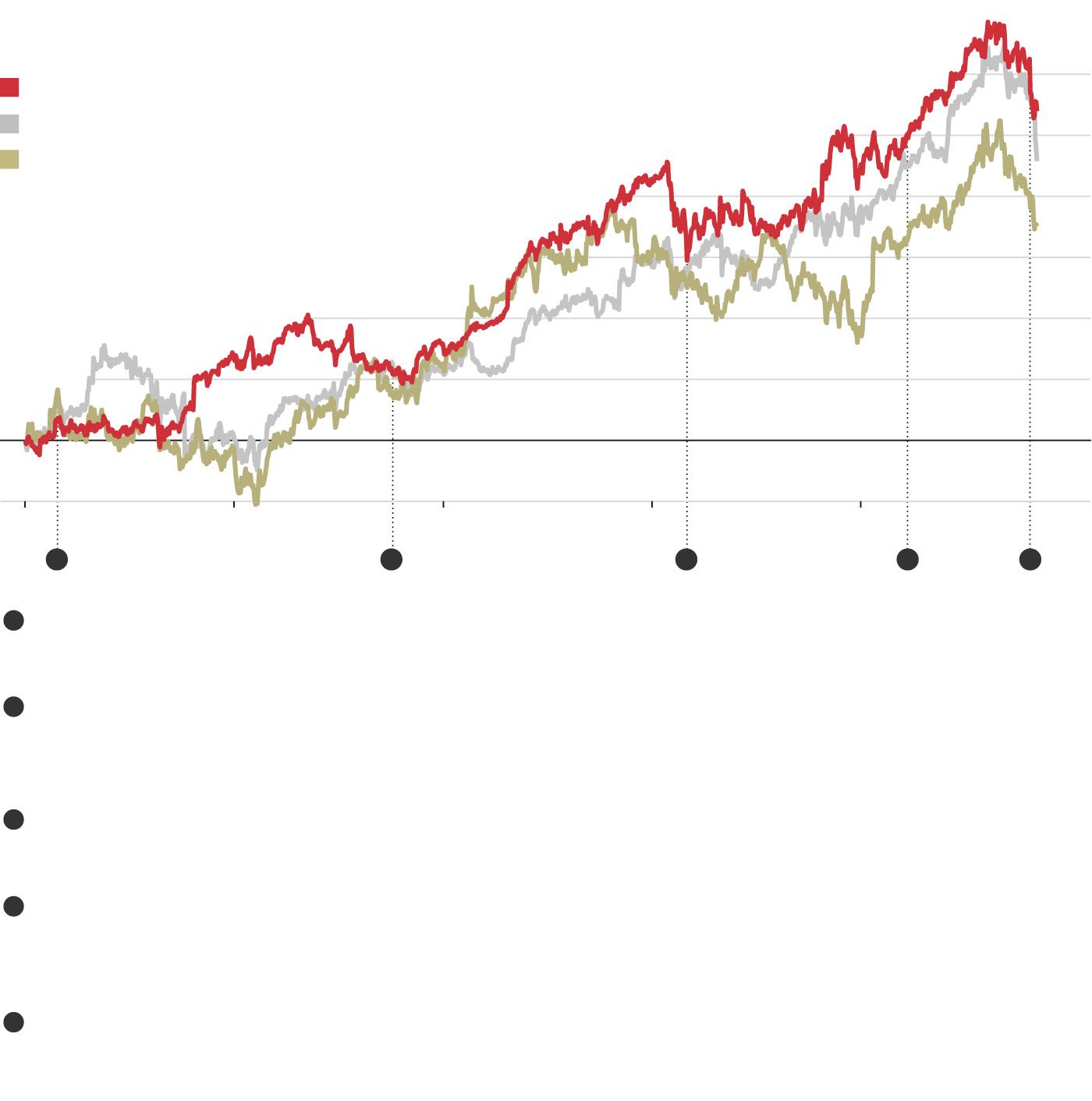 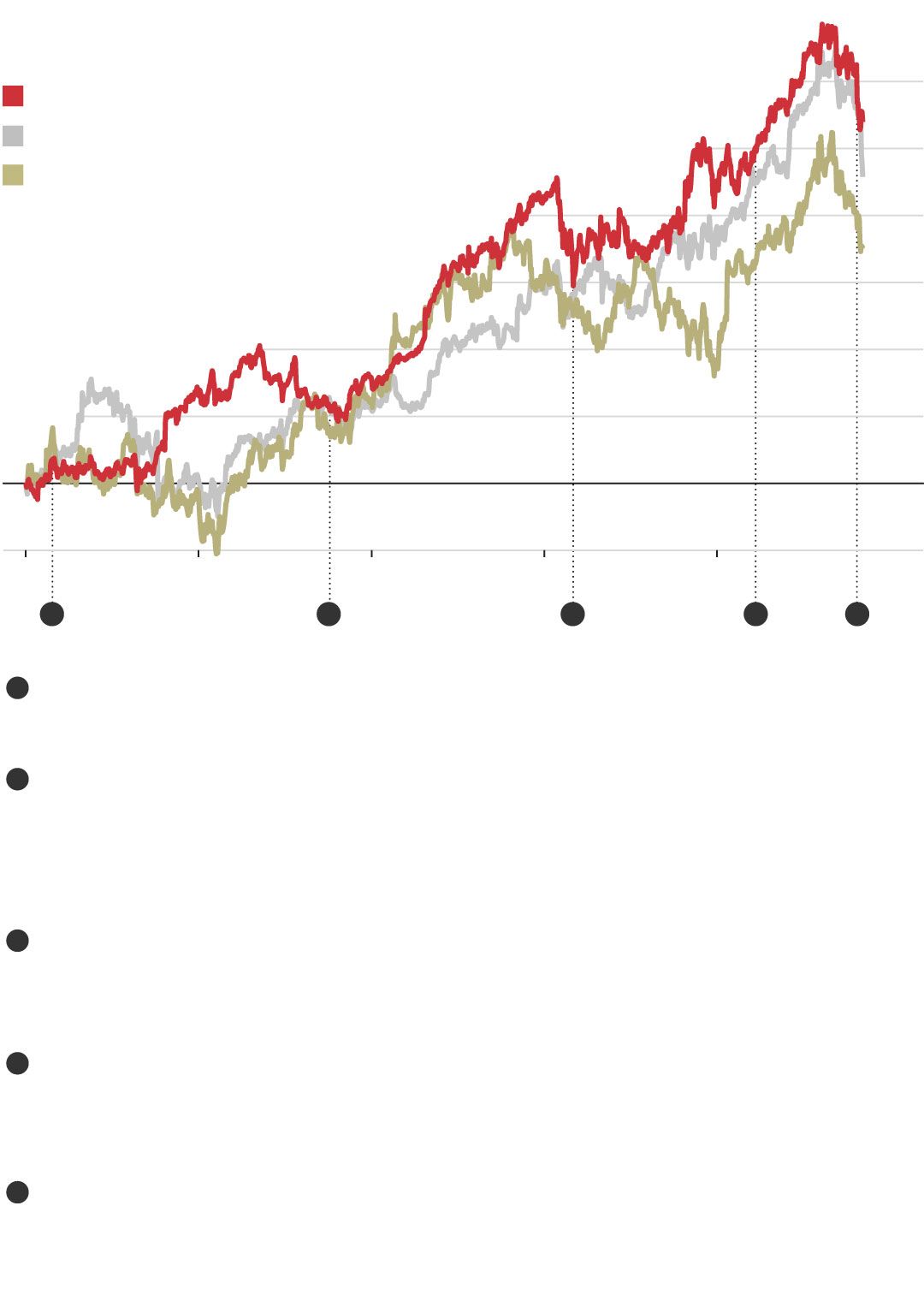 McDonald’s shares, up 9% this year, have trailed the broader S&P index tracking restaurants in that period, including other fast-food peers such as

McDonald’s faces more challenges at the U.S. restaurants that drive its sales. Labor organizers and some lawmakers have called on the company to address workplace harassment issues and raise its minimum wage to $15 an hour.

This year, McDonald’s strengthened workplace training and protocol for reporting potential employee misconduct. Mr. Kempczinski said the company had a responsibility to address workplace well-being. The company said this year that it would stop lobbying against federal minimum wage increases, and that it recognizes the rights of its employees to join labor organizations.

The company said details of Messrs. Kempczinski’s and Easterbrook’s pay would be disclosed in a filing by Tuesday.

Mr. Easterbrook, who is divorced, had a long career at McDonald’s. Before becoming CEO, he worked as head of the company’s U.K. business, which he helped return to growth by modernizing its restaurants, revamping the menu and portraying McDonald’s as environmentally friendly—tactics he later employed at the company more broadly. Mr. Easterbrook, who was born in Watford, England, was the second non-American to lead the company, after the late Charlie Bell of Australia.

His pay as CEO rose with McDonald’s share price, which closed Friday at $194. His compensation peaked in 2017 at a total of $21.8 million including $9.1 million in incentive-based pay. He received $15.9 million in total compensation last year. He also sits on the board of Walmart Inc.

Walmart didn’t immediately respond to a request for comment.

Write to Heather Haddon at heather.haddon@wsj.com

Cancel reply
The Key to Electric Cars Is Batteries. One Chinese Firm Dominates the Industry.
U.S. Stocks Outpacing the Rest of the World