Global stocks are lagging behind U.S. shares, illustrating how investors’ faith in the domestic economy continues to drive a growing divergence in financial markets.

After rising to a fresh record last week following upbeat figures on third-quarter economic growth and October hiring, the S&P 500 is up 22% for the year and on track for its best annual performance since 2013. The MSCI AC World ex USA index, meanwhile, is up 13% and had struggled to eclipse its year-to-date peak before a Friday rally. U.S. stocks have also become more expensive relative to global equities in recent years and are pricier than many overseas gauges relative to corporate earnings over the past 12 months, FactSet data show.

While a trade deal between the U.S. and China would likely offer greater benefits for export-oriented countries in Europe and Asia, analysts say hopes for a tariff cease-fire continue to boost the appeal of the world’s largest economy. Growth may be slowing, but the 10-year old expansion continues, making shares of U.S.-based companies more attractive to those in other developed countries with stagnant growth prospects.

Like the S&P 500, the MSCI USA index is also up 22% for the year, while gauges for Europe, China and emerging markets are up about 15%, 10% and 9%, respectively. U.S. stocks have maintained their lead through a recent climb that began when the world’s two largest economies made progress on a trade deal last month.

Despite expectations that cheaper parts of the market will narrow the yearslong gap, investors remain willing to pay a premium for domestic assets. The trend shows how steady consumer spending and strength in the labor market keep supporting U.S. stocks despite fears of a recession and outsize moves toward haven assets like bonds and gold.

“The economic growth justifies being more optimistic on stocks than bonds at this point,” said Benjamin Lau, chief investment officer of Apriem Advisors. In recent months, he has been buying shares of companies that appear cheaper in the health-care, semiconductor and industrial sectors.

How dependent is the health of S&P 500 on the rest of the world? Join the conversation below.

U.S. stocks are more expensive relative to earnings than many other benchmarks. 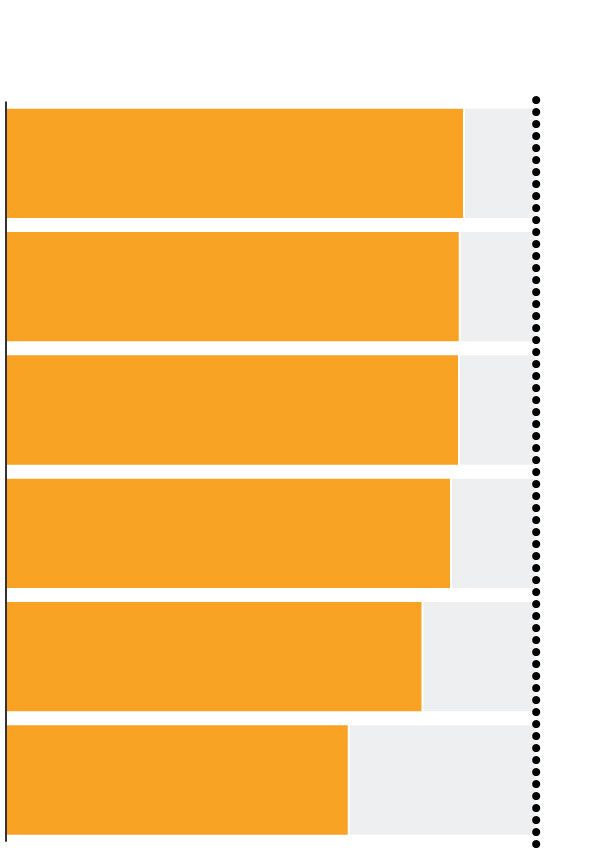 Price/earnings ratios as of Oct. 31

All 11 S&P 500 sectors have risen in 2019, led by a 36% surge in the information technology group. Shares of several large companies are up 60% or more, including

last month said organic sales, a measure that excludes currency moves and deals, grew 7% from a year earlier in the third quarter, putting the consumer-products giant ahead of rivals such as Europe-based

PLC. Shares of P&G, which derives a much larger chunk of its sales from the U.S. than its competitor, are up 35% for the year, while Unilever shares are up 12%.

said on the company’s earnings call last month. The KBW Nasdaq Index of 24 lenders is up 23% for the year, well ahead of banks in Europe, many of which are cutting costs to avoid falling further behind U.S. competitors.

Even among large companies based in the U.S., those that make less than half their revenue domestically are faring worse this earnings season. The eurozone economy grew at an annualized 0.8% pace last quarter, the same rate as the second quarter.

“We would expect the U.S. to be a little more resilient given the types of risks we’re facing,” said Lauren Goodwin, an economist and multiasset portfolio strategist at New York Life Investments. Still, the firm is underweight stocks, believing that a slowing economy and falling corporate profits will eventually weigh on markets.

“It’s more important for us to preserve capital than to worry about missing out” on short-term returns, she said.

Some analysts also cite the high prevalence of corporate share buybacks as a possible reason for the U.S.’s outsize gains. Share buybacks make corporate profits appear stronger by lowering the number of shares outstanding, buoying per-share earnings even without overall profit growth. A company’s demand for its own shares can also boost its stock price.

Money that has flowed into bond funds and out of stocks funds for much of the year has given some analysts confidence the rally can continue. Encouraging trade developments, for example, could push investors to rotate out of safer options. Commodities tied to overseas growth including oil and copper have also trailed stocks lately, a sign of lingering anxiety about a slowdown.

Data on the services sector will be in focus for investors this week, with many trying to gauge whether the Federal Reserve’s third interest-rate cut of 2019 will be its last adjustment to borrowing costs this year. Other central banks are also easing monetary policy, but many analysts remain skeptical that those measures will spur activity without clarity on trade.

“The uncertainty is super high, and in many cases the uncertainty is driven by something you can’t analyze,” said Jim Besaw, chief investment officer of GenTrust, which has generally maintained allocations in line with the MSCI All Country World Index while favoring emerging markets and Japan.

“If you’re a long-term investor, then that valuation trade is meaningful,” said Nela Richardson, an investment strategist at Edward Jones, which is overweight international stocks versus shares of large U.S. firms, meaning it owns a larger position than the benchmark it tracks. “If you look historically, that international-U.S. equity leadership has rotated.”

To receive our Markets newsletter every morning in your inbox, click here.

Write to Amrith Ramkumar at amrith.ramkumar@wsj.com