Thursday night features quite the AFC West clash … with playoff implications on the line. The Los Angeles Chargers (4-5) are one-half game behind the Oakland Raiders (5-5) … and if we add the in-state rivalry to the mix — well, folks, we’ve got ourselves a game!

The stakes are high, and don’t you want to get in on the action? Guess what — you can! Play the FOX Sports Super 6 game for free for your chance at $25,000! All you have to do is download the app, make your picks and watch the game. No strings attached!

What do you say? Let’s get to those picks.

Who will catch or rush for the first touchdown?

I’m going to go with Darren Waller, the Raiders tight end. He leads the team in targets and receptions. And remember: This Chargers run defense played lights out last week against Aaron Jones and the Packers. I think they bottle up Josh Jacobs — so expect Waller to get a lot of options … especially in the red zone.

How many points will be scored in the 1st quarter?

Now I know a lot of people are saying, “Hey this could be a slow-down game” … maybe people are going to back the under. But I’m going the other way here, folks. These are two of the worst defenses in the league — both in the bottom six. I think both teams get off to an early, hot start … give me 10-14 points in the first quarter. 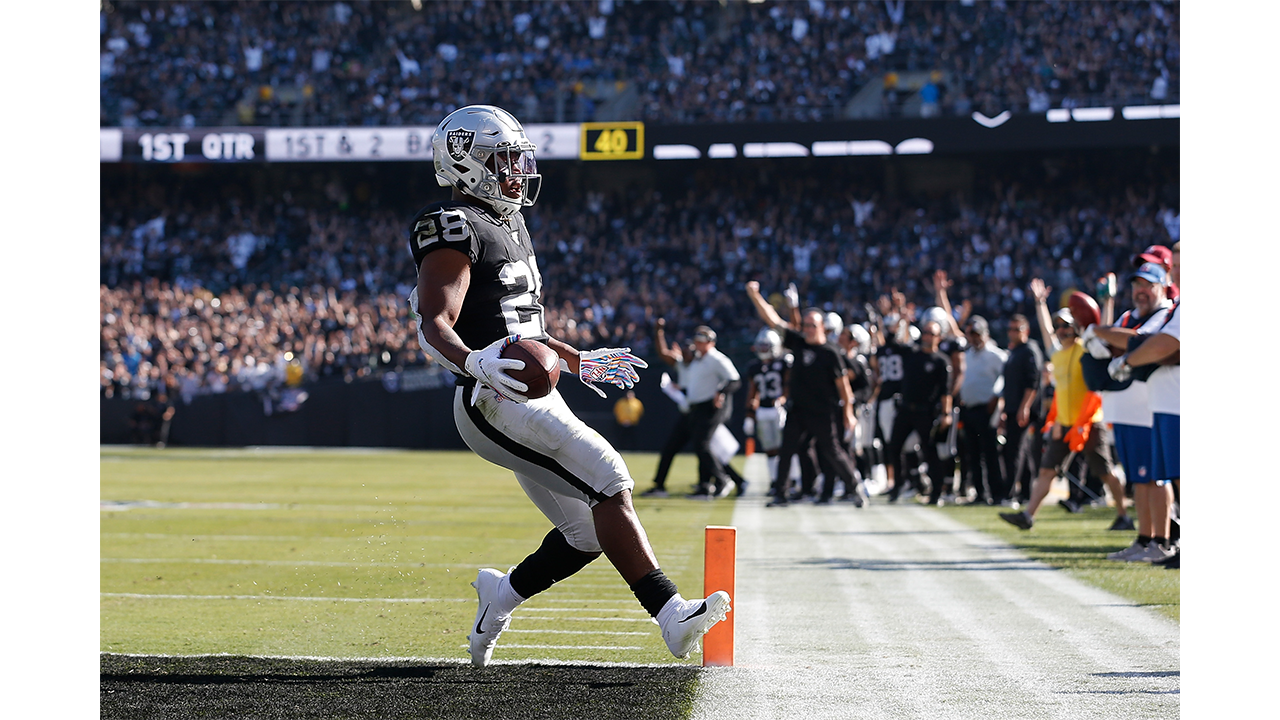 How many completions will Philip Rivers have in the 1st half?

Don’t forget: We’ve seen this Raiders pass defense get shredded this season. Matthew Stafford lit them up, Aaron Rodgers did … everybody in the league is torching them. Oakland pass defense: They are just straight up not good. I think Rivers will get off to a good start — I’m picking 10-12 completions for Philip Rivers in the first half.

How will the first touchdown of the 3rd quarter be scored?

I’m hot on Philip Rivers and the passing game … I’m going with a Chargers passing touchdown here. In addition to the bad Raiders secondary, the Chargers have a new offensive coordinator. We saw a much faster offense last week against the Packers — good balance of running and passing. I think in the third quarter, they come out strong and get a passing touchdown.

How many touchdown passes for Derek Carr?

Now this Oakland running game … very strong with rookie Josh Jacobs. But again, the Chargers have done well in recent weeks stopping the run. I’m going to go with Derek Carr heavy on the passing -— give me two touchdown throws for Derek Carr.

Who wins and by how many points?

The pick: Chargers by 6 or fewer

I just can’t get over the fact that the Raiders have just been beaten down by the Chargers … in the last seven games, the Chargers are 6-1 against the spread against Oakland. I think the Raiders are really going to struggle here to close out the game. I’m taking the Chargers to win by six or fewer points.