the son of the company’s founders.

The apparel maker, which is spinning off its Old Navy chain, has struggled for years with sluggish sales. On Thursday, it warned of another quarter of weak sales and lowered its profit targets for the year. Shares tumbled 7% in after-hours trading.

Mr. Peck, who joined Gap nearly 15 years ago and became CEO in 2015, also will relinquish his board seat. He will leave the company after a brief transition, Gap said.

Mr. Fisher, who is Gap’s chairman and a board member since 1990, was previously interim CEO.

In February, Mr. Peck announced a plan to separate the rapidly growing Old Navy budget brand from the rest of the business, creating two publicly traded companies in 2020. Mr. Peck was expected to remain CEO of the parent of Gap, Banana Republic and Athleta. On Thursday, a Gap spokeswoman said the separation is continuing as planned.

Mr. Peck’s compensation since he became CEO adds up to about $40 million, according to Equilar, a compensation data firm. The tally includes stock appreciation after equity grants, though Mr. Peck’s outstanding option awards are under water. Equilar valued Mr. Peck’s departure package, including 18 months of salary, at about $3.7 million, plus a potential year-end bonus based on company performance.

The split was an acknowledgment of how much of its once-powerful grip on U.S. consumers Gap has lost, as shoppers shifted to fast-fashion chains such as H&M and Zara. Old Navy now exceeds the original Gap brand in sales.

On Thursday, the company said it expects adjusted earnings per share of $1.70 to $1.75 for the current fiscal year, compared with its previous forecast of $2.05 to $2.15 a share. 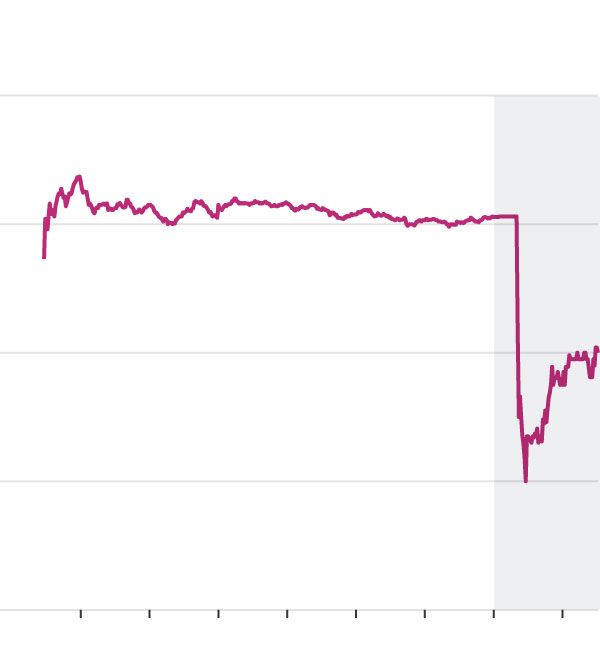 blamed difficult market conditions and company missteps, noting the Gap’s brands face product and operating challenges. “There is more work to do,” she said in a news release. “We know these brands are capable of delivering.”

He eliminated the chief creative positions at the company’s brands and put operational executives in charge. He closed hundreds of stores and shortened production lead times to better match supply with demand.

Nevertheless, profit is down more than 20% since Mr. Peck was named CEO in 2015, while sales over that period barely budged. Net income totaled $1 billion for the year that ended in February, down from $1.26 billion in 2015. Sales over that period increased less than 1% to $16.58 billion.

opened the first Gap store in 1969, selling denim and other casual clothes. The chain went on to open hundreds of stores and dressed a generation in its brightly colored T-shirts and khaki pants.

It acquired Banana Republic, which sold clothes more suitable for the office, in 1983, and launched the lower-priced Old Navy chain just over a decade later.

powered Gap’s rise in the 1990s but was forced out of the company in 2002 after a sales slump and a clash with the Fisher family. The company rotated through several CEOs, including former Walt Disney Co. executive

But it was never able to retain its former glory.

This is the second time Mr. Fisher is stepping into steer the company. He served as interim CEO in 2007 after Mr. Pressler was pushed out.

—Theo Francis contributed to this article.

Write to Micah Maidenberg at micah.maidenberg@wsj.com

Cancel reply
How Google Edged Out Rivals and Built the World’s Dominant Ad Machine: A Visual Guide
Why It Might Pay to Delay Planning Holiday Travel