As many as 100,000 California residents who lost property, jobs and loved ones in fires linked to PG&E Corp. will get their day in court. It will be in bankruptcy court, where rules shield the utility giant from potentially crippling jury payouts.

PG&E isn’t broke. It is following the survival strategy used by other troubled companies to put a lid on damage claims. For victims, that amounts to a loss of negotiating power and likely means a fraction of the compensation they might receive in a jury trial.

California investigators have connected PG&E equipment to fires that killed more than 100 people, destroyed 26,000 buildings and burned at least 330,000 acres in 2017 and 2018. Lawyers for fire victims estimate that the utility, which filed for chapter 11 bankruptcy protection in January, is liable for as much as $54 billion in wildfire claims.

Before filing, PG&E told investors its fire-related liabilities could total more than $30 billion. The company is now offering $20.4 billion to cover all damages, including reimbursement to insurance companies. Of that, $7.5 billion is for residents and business owners hurt by the fires.

then the company’s chairman, said bankruptcy was “the only viable option to address the company’s responsibilities to stakeholders.”

PG&E’s financial statements at the time it filed for bankruptcy showed the utility was solvent, with assets exceeding liabilities. The company’s most recent annual report, filed in February, showed nearly $77 billion in total assets, including properties that could be used as collateral for loans—enough to cover $17.7 billion in debt and the $30 billion it estimated for fire claims. PG&E says it will pay all it owes.

Bankruptcy rules are designed to give troubled companies a fresh start by allowing them to negotiate with creditors rather than answering to a jury. Wildfire victims are considered creditors owed a debt by the utility.

Lawyers for PG&E and fire victims say there are between 70,000 and 100,000 people eligible to file wildfire claims against the company. Other companies that have sought chapter 11 survived waves of lawsuits filed by victims of asbestos and silicon breast implants, among others.

The amount that fire victims are owed will be decided in a proceeding known as an estimation. Only a handful of them will get the chance to testify about their harm. Unless there is a settlement, a federal judge will decide how much PG&E must set aside for fire damage.

In the estimation hearings, lawyers for the utility will try to reduce the compensation sum; lawyers for victims will seek more. Another judge, who is overseeing the bankruptcy, will be asked to approve a reorganization plan that frees the utility of liability.

“I would love to get back what it’s cost me,” said

a 78-year-old retired jockey whose home burned in 2017. “But you know how it is when you fight these big companies—they’ll wait you out until you die.”

Mr. Rinaldi estimates PG&E owes him roughly $200,000, the amount he spent on the new mobile home he shares with his wife, Betty Record, 83, in Marysville, Calif. His estimate is over and above the $90,000 he received from the couple’s homeowners insurance.

PG&E said it was “committed to working with the remaining individual plaintiffs to fairly and reasonably resolve their claims.” The utility has so far paid out $21 million through an emergency fund to fire victims.

Mr. Rinaldi is among thousands of people yet to receive compensation for the Cascade Fire sparked by PG&E equipment two years ago. Those victims have been joined by tens of thousands of others in the Camp Fire a year ago. State investigators determined that it was started by a faulty PG&E transmission line. The fire burned away the town of Paradise, Calif., in a matter of hours last Nov. 8. Survivors marked the first anniversary Friday.

Is bankruptcy the best forum to resolve PG&E wildfire claims?Join the conversation below.

Possibly adding to its liabilities, PG&E disclosed that one of its transmission lines failed in the area where the Kincade Fire broke out last month in Sonoma County and burned more than 400 buildings.

Bankruptcy rules put victims of the Kincade Fire ahead of others. By law, claims made after PG&E’s January filing must be fully paid on or before the day the utility exits bankruptcy. Victims of the 2017 and 2018 fires may have to wait longer to collect.

Before it filed for bankruptcy, PG&E Corp. told investors it estimated wildfire damages would total more than $30 billion. In bankruptcy, it offered $20.4 billion. Bondholders seeking control of the utility offered a more generous settlement. 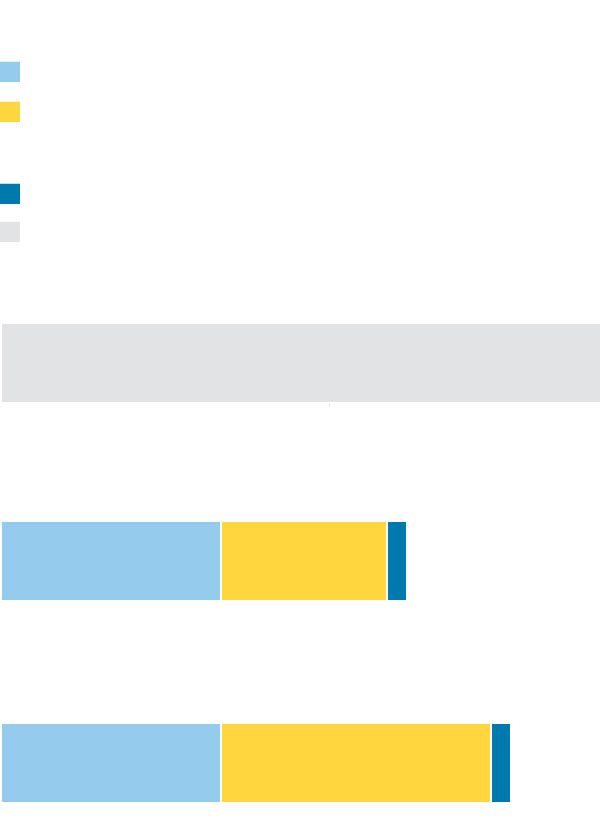 The utility’s bankruptcy is complicated by a fight for control of the company. PG&E and its shareholders are allied against bondholders led by hedge fund Elliott Management Corp., which alleges that the company is protecting shareholders at the expense of fire victims and a safe operation.

The two sides have competing plans to settle claims, reorganize PG&E and exit bankruptcy. Creditors will vote, and a bankruptcy judge will decide.

Fire victims have agreed to back the bondholder plan, which would pay them $13.5 billion, more than what PG&E offered. The utility revealed Thursday that settlement talks could result in a payout close to $13.5 billion.

has urged the two sides to reach a compromise that improves safety before the next fire season, and he threatened a state takeover.

a 66-year-old former mechanic, is among those waiting. A year ago, he escaped Paradise on a bicycle, leaving behind his house, violins, guitars, guns, a Jaguar, a Lincoln and all of his tools—everything but his wallet and a leather jacket. He figured his total loss was about $380,000.

As he awaits news about his PG&E and insurance claims, living at a friend’s place, Mr. Vincze drinks beer, he said, and tries “to keep from going bats—t crazy.”

and his wife, June, fled with only the clothes they wore. The blaze killed 85 people.

“I don’t know if we should expect anything out of PG&E,” said Mr. Abercrombie, an 85-year-old retired insurance agent who nonetheless filed a claim.

He had insurance for his house and everything that burned inside, but none for the couple’s antique-car collection, which included a 1929 Ford Model A.

State investigators have found that PG&E equipment caused more than a dozen fires, including the Cascade Fire, which killed four people and destroyed 264 structures in October 2017.

Faced with troubles of similar scale, dozens of companies have filed for bankruptcy protection against an onslaught of damage claims.

& Co. faced more than 129,000 lawsuits related to its asbestos products. The company filed for chapter 11 in 2001, and it emerged 13 years later with its equity intact and two trusts for victims totaling $4 billion.

Like those companies, PG&E entered bankruptcy to settle claims,

a lawyer for the committee representing fire victims in the bankruptcy, told the court in May. What is different, she said, is that “this debtor is still manufacturing the dangerous product,” referring to aged power lines.

Popular sentiment has turned against the company after publicized safety lapses. Under the threat of wildfires this year, the utility staged mass blackouts last month, pulling the plug on millions of customers. The utility services 70,000 square miles in Northern and Central California.

The utility last faced jurors in a criminal trial over the explosion of a gas pipeline in San Bruno, Calif. The 2010 disaster killed eight people and wrecked a neighborhood. After PG&E was found guilty of violating federal safety rules, the judge ordered the company to pay a $3 million fine and run TV ads publicizing the felony conviction.

PG&E has since settled with plaintiffs in civil lawsuits, often on the courthouse steps shortly before trials were set to begin.

“They are terrified of seeing a jury,” said

a law professor at the University of California’s Hastings College of Law. “It’s difficult to overstate the antipathy toward PG&E here. I can’t imagine a less popular company.”

A PG&E spokeswoman declined to comment on how the utility views jury trials.

is presiding over the utility’s chapter 11 proceeding. To execute a final plan allowing PG&E to exit bankruptcy, he first needs to know the extent of its liabilities. So this summer he took the unusual step of ordering a state trial to hear claims by victims of the 2017 Tubbs Fire in Northern California’s wine country.

State investigators had found PG&E likely wasn’t the cause of the fire, which killed 22 people and burned nearly 37,000 acres. But lawyers for victims have argued otherwise, saying evidence has surfaced that points responsibility to nearby PG&E power lines.

If a jury finds the utility liable for the fire, PG&E would add as much as $18 billion to what it owes, according to lawyers for fire victims. After Judge Montali ordered the Tubbs Fire trial, PG&E shares plunged 25%.

The trial, which is scheduled to begin Jan. 7 in San Francisco, will be the only opportunity for fire victims to accuse PG&E of wrongdoing before a jury. No matter how much money victims are awarded in the case, however, they can collect only from the fund PG&E sets aside for all fire victims in its bankruptcy plan.

will calculate the final dollar amount owed all victims in the estimation hearings, set to start Feb. 18. His determination will be the sum PG&E must hold for payment before it can exit bankruptcy. Arguments over ground rules for the hearings have been heated.

Judge Donato last month criticized the way PG&E notified fire victims about filing claims. At the time, only about half of the 100,000 potentially eligible people had filed ahead of the Oct. 21 deadline.

“Maybe PG&E should have gone to each of the trailers” provided by government emergency services and asked, “How do we help you fill out your form?” the judge said. The utility has since extended the deadline to Dec. 31.

Arriving at a figure for fire damages will involve weeks of debate among experts on such matters as the cost a square foot to replace homes destroyed, and the proper compensation for lives lost.

Lawyers for fire victims say PG&E should pay punitive damages because it knew its lines posed a public threat.

“PG&E strongly disagrees with the suggestion PG&E knew of specific maintenance conditions that caused the Camp Fire and nonetheless deferred work that would have addressed those conditions,” the PG&E spokeswoman said.

Victims also say PG&E should pay for emotional damage, another decision for Judge Donato. The PG&E claim form asks fire victims if they had been diagnosed with mental or emotional injury as a result of the fires.

was 12 weeks pregnant when she and her husband escaped Paradise with their three children, ages 5 and under. The kids are still troubled by what happened.

—Elisa Cho and Jim Oberman contributed to this article.

Write to Peg Brickley at peg.brickley@wsj.com and Gretchen Morgenson at gretchen.morgenson@wsj.com

Cancel reply
The Voting Blocs Propelling Biden, Warren and Sanders in the 2020 Race
The Great Streaming Battle Is Here. No One Is Safe.