has a dominating share of African Americans. Elizabeth Warren is winning the heart of the Democratic Party’s progressive core—voters who call themselves both “strong Democrats’’ and “very liberal.”

Democratic primary voters are dividing into clear groups by ideology, race and other personal qualities as they assess their choices for the 2020 presidential nominee, Wall Street Journal/NBC News polling shows. A look at these core constituencies helps explain why three candidates have come to dominate the Democratic primary contest in national polling and points to which voter groups would have to shift in order for other candidates to rise.

Which candidate can bridge the gap between most voting groups? Why? Join the conversation below.

The picture of preferences among Democratic primary voters comes from merging Journal/NBC News polls from September and late October to produce a more robust sample. Mr. Biden leads in the combined polls, with 29% support, followed by Ms. Warren, with 24%, and Mr. Sanders, with 16%.

The assessment shows that each of the three leading candidates is favored by at least one major bloc within the primary electorate. Mr. Biden, the former vice president, is strong among older voters, moderates and African-Americans. Mr. Sanders, the Vermont senator, leads among young men. Ms. Warren, a senator from Massachusetts, has the largest segment of liberals but also draws meaningful shares across the spectrum of voter groups. 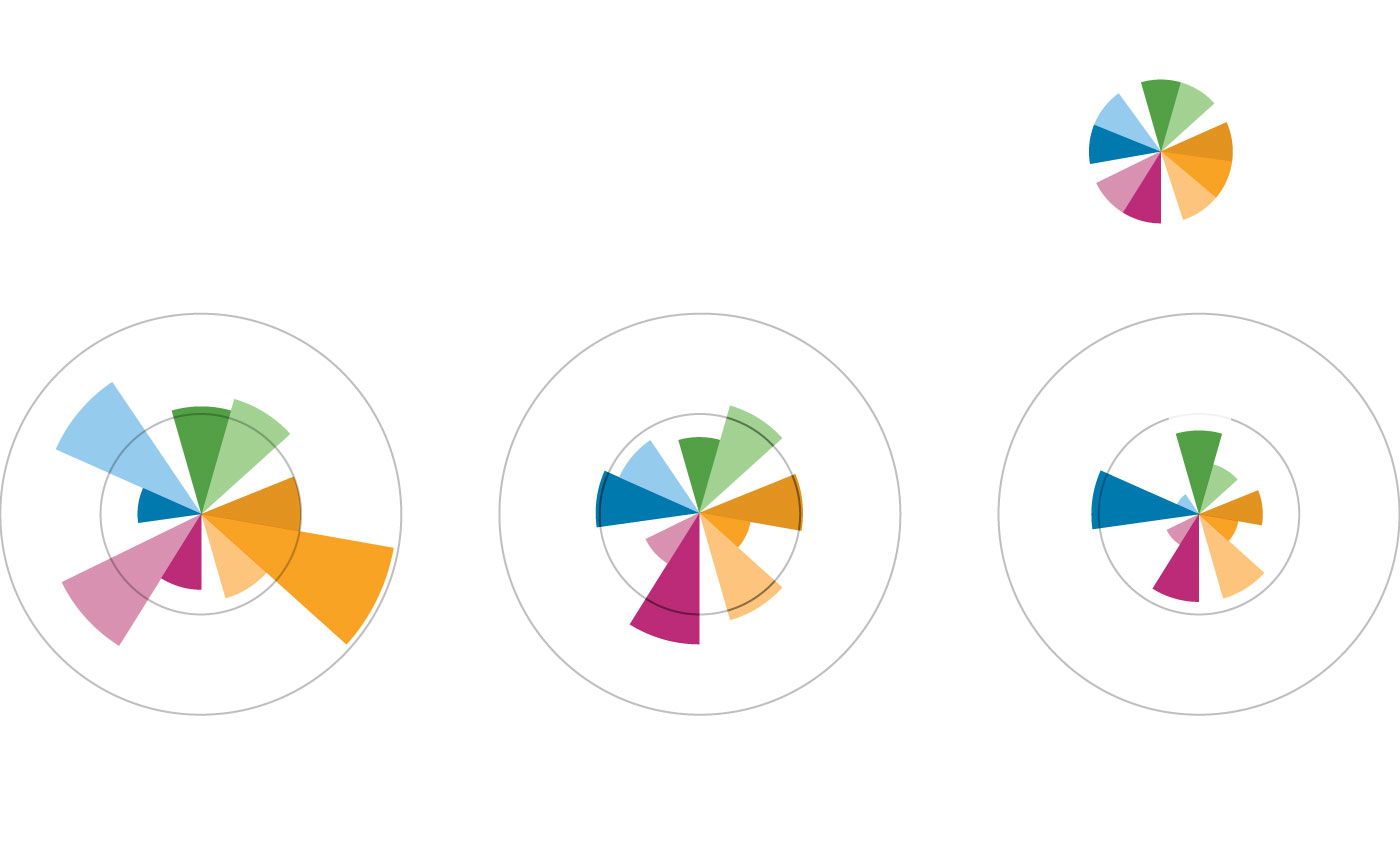 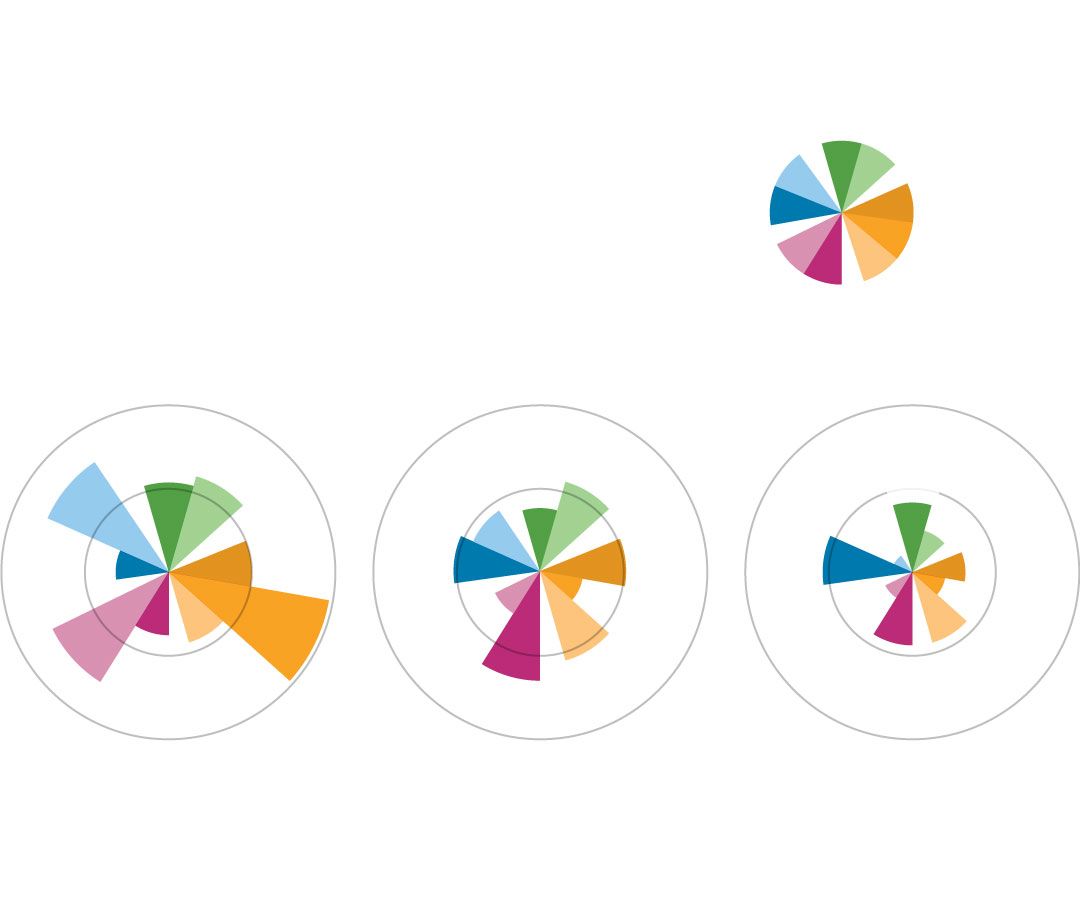 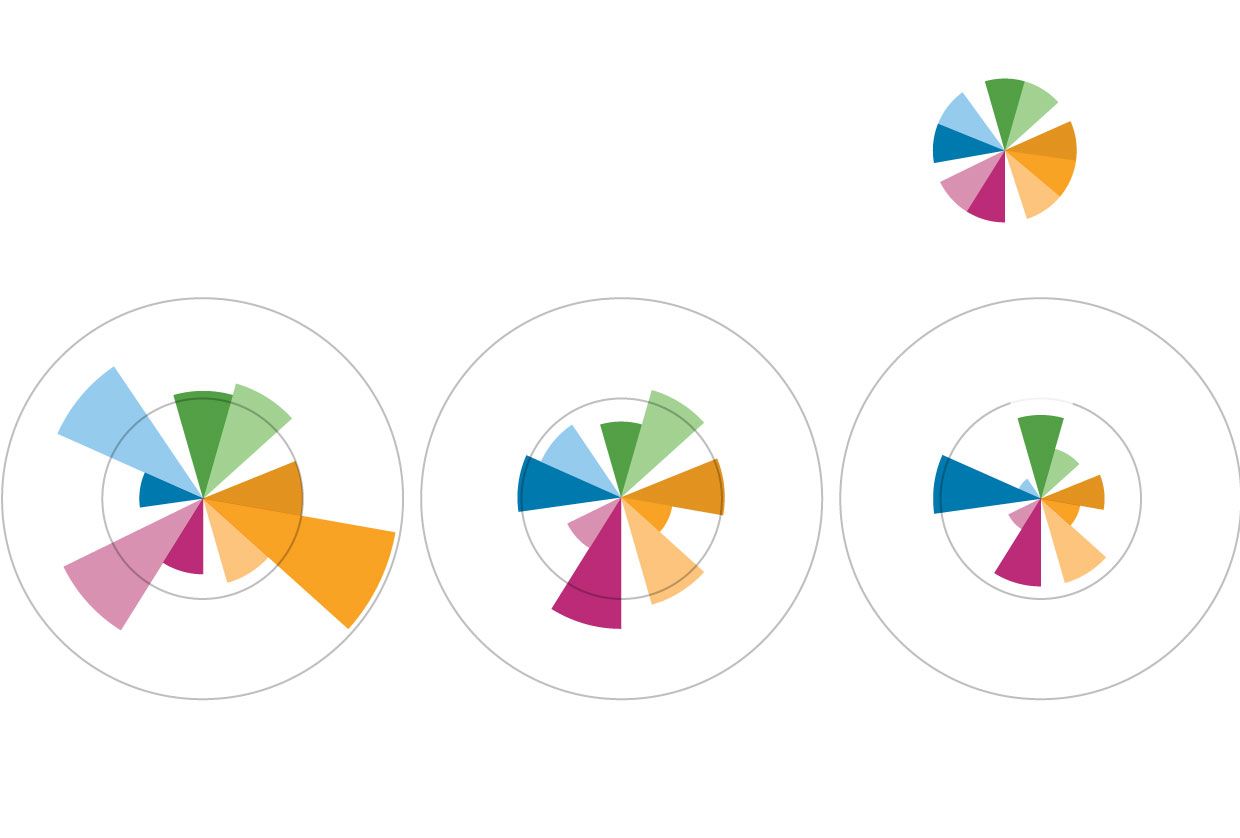 A finer look at the voter groups points to opportunities for some candidates to grow.

Mr. Biden’s relatively weak hold on younger voters is apparent even among African-Americans. A substantial two-thirds of older African-Americans, those age 55 and above, say they back Mr. Biden in the Democratic primary, compared with about one-third of blacks under age 55.

“Age is really a dividing line here,’’ said Jeff Horwitt, a Democratic pollster who works on the Journal/NBC News surveys. “Biden is the leader among younger African-Americans, but it’s more of a competition, and there’s potential for some shifting there.’’ Already, Ms. Warren, Mr. Sanders and Kamala Harris, the California senator, claim double-digit support among younger black Democrats.

“
‘I’m going to vote for the person, instead of settling. I honestly think Republicans do what they want, and they are unapologetic about it. It’s time Democrats did the same thing.’
”

Ms. Warren is competitive with Mr. Sanders or leads among many subgroups that tend to be liberal. Despite Mr. Sanders’s appeal among younger voters, more women under age 55 say they support Ms. Warren than Mr. Sanders, 27% to 21%. Ms. Warren also has the larger share of younger Democrats with four-year college degrees.

Micah Roberts, a Republican pollster who works on Journal/NBC News polls, said the data show why Mr. Sanders faces strong competition from Ms. Warren as well as from Mr. Biden. “Why is it not a two-person race? Well, Elizabeth Warren starts to peel off these subgroups, such as white women ages 18-39, and then has this strength among the liberal vote.’’

“
‘I feel he speaks to working-class Americans from a place of authenticity that many candidates do not.’ Mr. Sanders can ‘organize a movement and inspire others, people on the fringes, to be heard by Washington.’
”

—Sanders supporter Adam Curry, 27, pianist for a Lutheran praise band and a cleaner at a butcher shop in Le Mars, Iowa

The voter coalitions also suggest that the leading candidates will meet both friendly and challenging terrain as the primary process rolls from one state to another. Ms. Warren’s lead among liberal voters, for example, is likely helpful to her in Iowa, where more than two-thirds of caucus-goers in 2016 called themselves liberals. She leads in many polls of the state, while Mr. Biden often places third or fourth.

a pollster for Mr. Biden, said he would benefit from his support among older voters. “People don’t realize how old some of these primary electorates are,’’ she said.

“
‘I like that he knows how things work. I feel like especially after this last president we’ve had, we need somebody that is knowledgeable, stable, knows how to work within the system and doesn’t have to have a learning curve.’
”

Moreover, she said, the racial diversity of Mr. Biden’s support would prove important on Super Tuesday, the big, multistate day of voting that includes diverse and delegate-rich states such as California and Texas. “The person who has the most diversity in their coalition is the person who is going to have the advantages—and be in the best shape for the general election, as well,’’ she said.