This is the one NFL week when there are six teams on a bye … three of them being Super Bowl contenders: Eagles, Texans and Patriots … and the other three being bottom feeders: Broncos, Redskins and Jaguars.

I said it before, and I’ll say it again: This is a week-to-week league. Don’t try to take last week’s 11-0 home teams run and apply it to this week.

First up: the Cincinnati Bengals host the Baltimore Ravens. The Bengals have benched Andy Dalton … and yes, I’m backing Cincinnati. Now I know what you are saying: The Ravens just beat the Patriots you’ve got to take Baltimore. Ah, but this feels like a trap game …

Remember: the Ravens beat the Patriots – now they play a winless Bengals team. And next week Lamar Jackson has a showdown with Deshawn Watson and the Texans … that’s a huge game. This game is an afterthought.

But Cincinnati historically has done well: They have covered in their last four games against Baltimore, and they are 8-4 against the spread in their last 12. The Ravens seem to let down against a weak Bengals team … I’m backing Cincinnati getting 10 points at home against Lamar Jackson.

Okay, the Browns are favored over the Bills … this is a bit of a shocker right? You’ve got to be asking the question: How is Cleveland (2-6) favored against Buffalo (6-2). Well, I think the market is telling you that maybe the Bills are not that good. They did cover last week against Washington, but they cannot stop the run … that’s a problem. Adrian Peterson went over 100 yards – what do you think Nick Chubb is going to do?

The Browns have struggled at home: 0-4 against the spread this year … I know I took them last week, and they let me down in Denver, but I’m taking Cleveland again. Give me Baker Mayfield (please come through for me Baker) covering three at home against Buffalo.

I’m feeling good about this Sunday night matchup. All you need to know here folks: Kirk Cousins in his career is 6-28 straight up against teams with a winning record … and guess what: The Cowboys have a winning record. I’m taking Dallas here favored by three.

Next up: Miami is a 10-point underdog on the road in Indianapolis. It’ll be a game time decision for who starts at quarterback for the Colts – Jacoby Brissett was injured against Pittsburgh … so it could be Brian Hoyer. As a result of that, I’ve got to take the Dolphins getting 10 points. I don’t think Brian Hoyer can cover 10 – especially without his No. 1 receiver Ty Hilton (who is injured and will not play).

I know Miami is bad – they are 1-7, but they have covered their last four games. You guys can joke about tanking all you want … but I just don’t think this team has quit. Ryan Fitzpatrick he’s a clutch guy – I love him coming in the back door. Give me the Dolphins getting 10.

The Los Angeles Rams travel to Pittsburgh as 3.5-point road favorites. I just love this Sean McVay stat: He is 6-0 in the Eastern time zone against the spread – I also love the Rams here in this spot. I think the Steelers got lucky last week beating the Colts … and they were playing a back up quarterback – yikes. No doubt about it: I’m taking the Rams favored by 3.5 on the road.

Here’s a Super 6 game for you: Carolina is a 5-point underdog in Green Bay. The Packers are coming off a rough loss in Los Angeles to the Chargers – I mean they were downright anemic offensively. They didn’t even have 50 yards at half time.

I’m going to back the Panthers here, and this is why: Green Bay still cannot stop the run … one of the best running backs in the league, Christian McCaffery, plays for Carolina. The Panthers have a great pass defense – 3rd in the league. I think they do enough to cover five points on the road in Green Bay.

Another Super 6! The Lions are 2.5-point road underdogs against the Bears. Listen folks: Chicago has been terrible at home this year – as a home favorite they are 0-3 against the spread. So I’m going to continue to ride Matthew Stafford who is having a great season … despite the loses mounting for the Lions. I’ll take Detroit getting 2.5 points on the road. 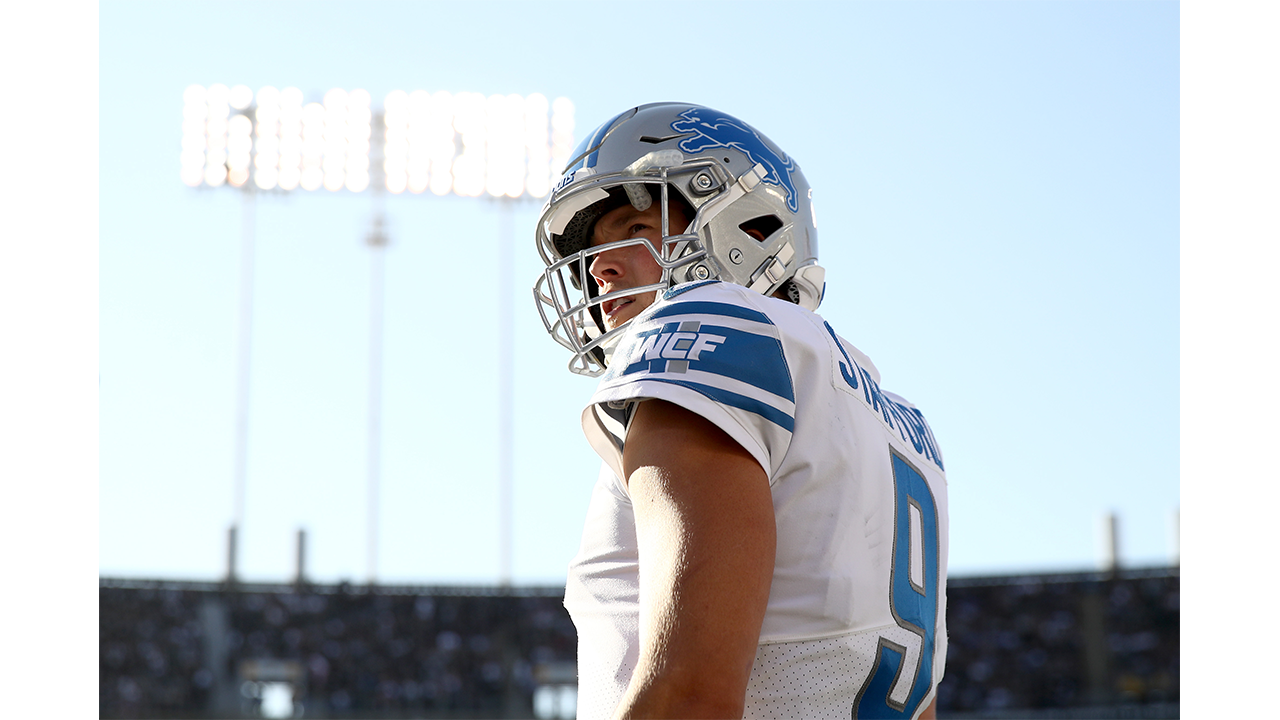 Coming in hot with a Super 6 … The Cardinals are 4.5-point underdogs at the Bucs. This is the Bruce Arians Bowl: Arians used to coach Arizona, and now he’s in Tampa. Folks, the Bucs are not in a position to be favored by this many points over anybody – give me the Cardinals getting 4.5 points on the road.

We love those Super 6 picks. The New York Jets host the New York Giants … but there really is no home field advantage here folks as they share Met Life Stadium. The Jets are 2.5-point underdogs, and – of course – I am taking them here.

The Giants are coming off the short week – they played Monday night and lost a rivalry game against the Cowboys. I expect this Jets-Giants game to come down to the final minutes … and the Jets finishing with the cover and the win. 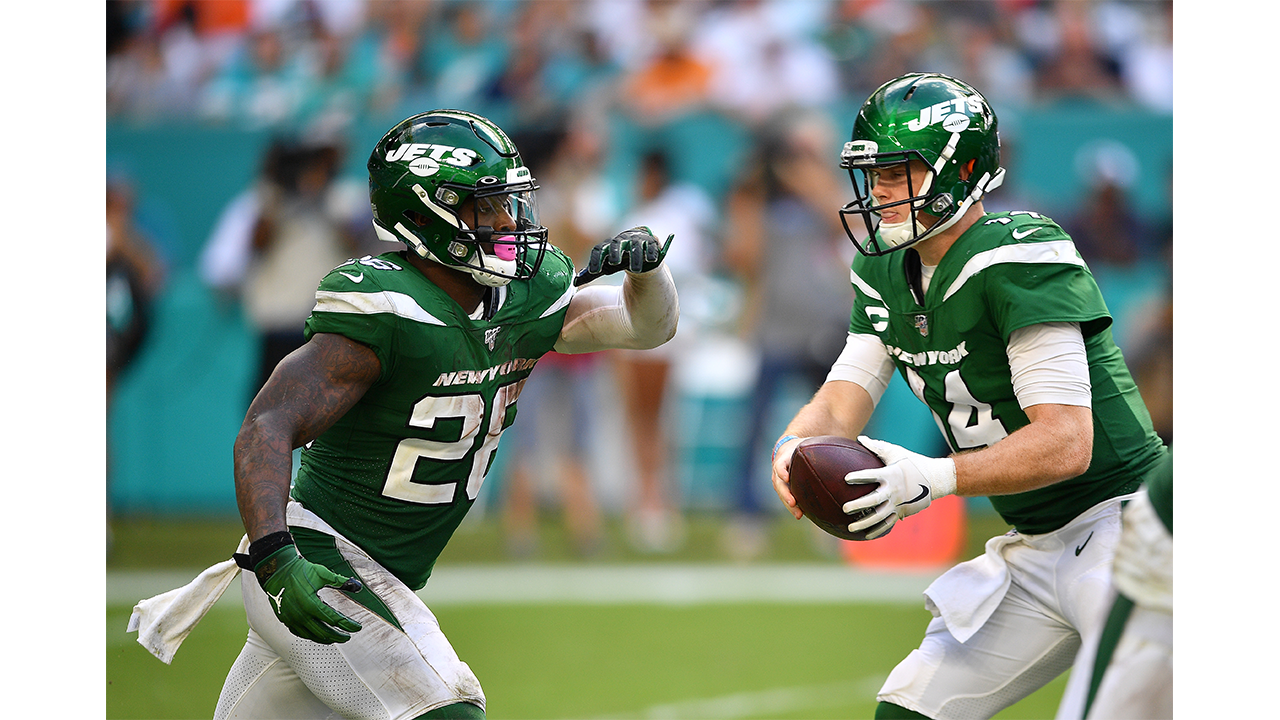 Hitting it hard with those Super 6 picks! The Saints are 12.5-point home favorites against the struggling Falcons.  Matt Ryan is playing … but I don’t really think it matters. Both teams are coming off a bye – and I love New Orleans, plus they are getting healthy. They look like maybe the best team in the NFC after San Francisco. I’ll back Drew Brees favored by 12.5 at home.

Talk about a Monday night game! The San Francisco 49ers take on the mighty Seattle Seahawks and MVP Russell Wilson. And folks, you guessed it: I’m going against Seattle again. I got the push last week with Tampa … but I feel confident in the 49ers here.

Yes, I know, I know … Russell Wilson as an underdog of six or more in his career: 5-0 against the spread and let’s not forget: In primetime, Russell Wilson is 7-3-1 against the spread … but this Seahawks team continues to be overvalued. I’m all in on the San Francisco defensive front and the secondary totally shutting down Seattle – I’ll take the 49ers favored by 6.5 at home. 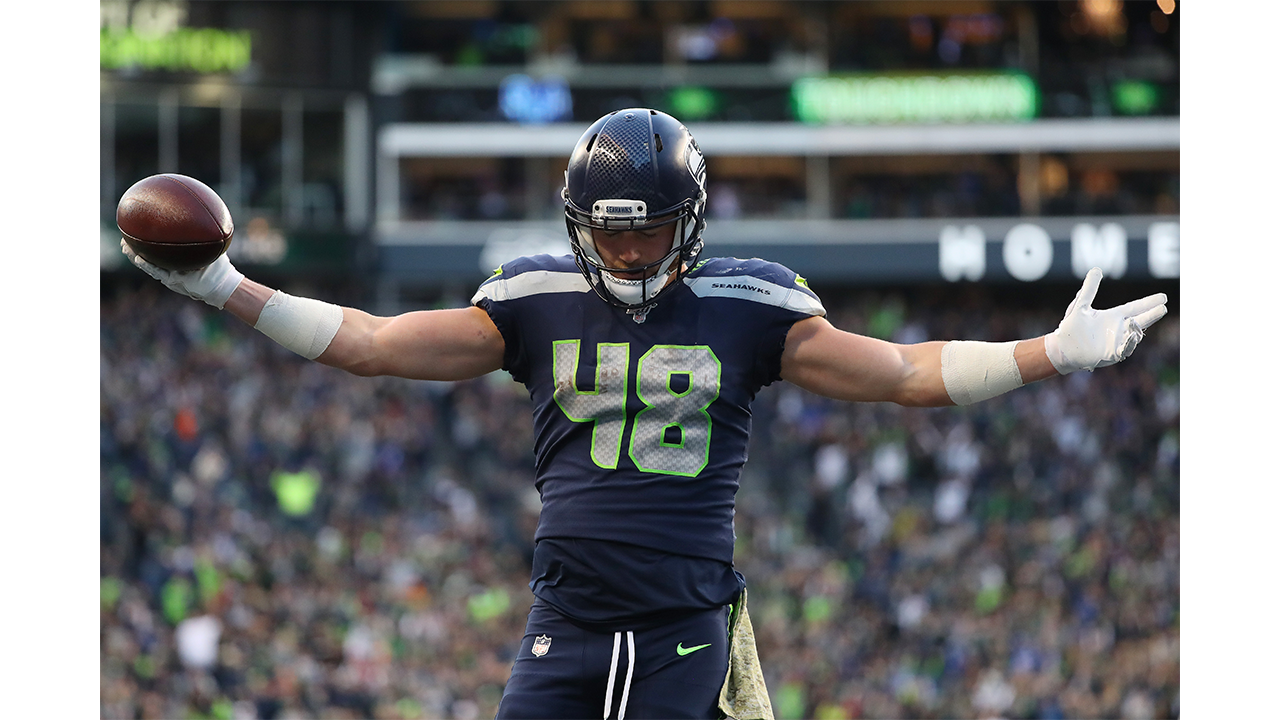