The project, code-named Cache, is expected to launch next year with accounts run by

and a credit union at Stanford University, a tiny lender in Google’s backyard.

Big tech companies see financial services as a way to get closer to users and glean valuable data.

introduced a credit card this summer.

has talked to banks about offering checking accounts.

is working on a digital currency it hopes will upend global payments.

Their ambitions could challenge incumbent financial-services firms, which fear losing their primacy and customers. They are also likely to stoke a reaction in Washington, where regulators are already investigating whether large technology companies have too much clout.

The tie-ups between banking and technology have sometimes been fraught. Apple irked its credit-card partner,

by running ads that said the card was “designed by Apple, not a bank.” Major financial companies dropped out of Facebook’s crypto project after a regulatory backlash.

Would you open a checking account through Google? Why or why not? Join the conversation below.

Some recent collaborations between big tech companies and banks. 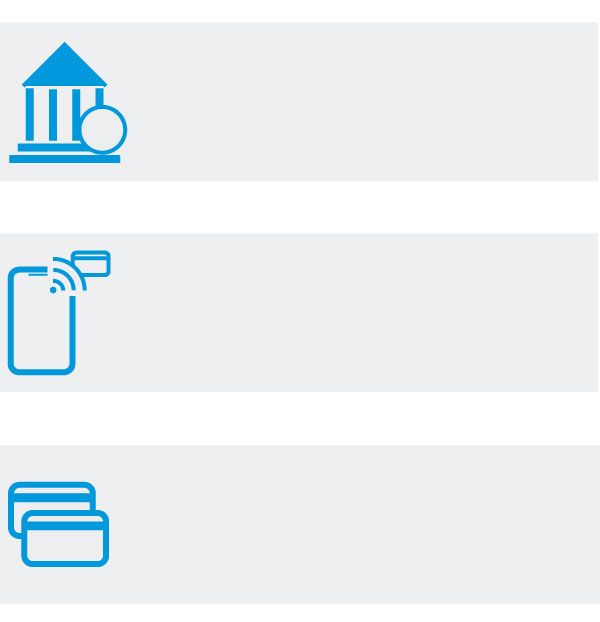 Some recent collaborations between big tech companies and banks.

accounts from Citigroup and a

Apple has partnered with Goldman

users on the Apple Pay service.

special perks to its drivers through

Google’s approach seems designed to make allies, rather than enemies, in both camps. The financial institutions’ brands, not Google’s, will be front-and-center on the accounts, an executive told The Wall Street Journal. And Google will leave the financial plumbing and compliance to the banks—activities it couldn’t do without a license anyway.

“Our approach is going to be to partner deeply with banks and the financial system,” Google executive

said in an interview. “It may be the slightly longer path, but it’s more sustainable.”

Google is setting its sights fairly low. Checking accounts are a commoditized product, and people don’t switch very often. But they contain a treasure trove of information, including how much money people make, where they shop and what bills they pay.

The company will have to convince a public that is increasingly wary of how tech companies are using personal data that it can be trusted with people’s finances. Federal regulators are examining whether the user information Google gets from its search engine, home speakers, email service and other apps gives the company an unfair advantage over competitors, the Journal has reported.

Mr. Sengupta said Google wanted to bring value to consumers, banks and merchants, with services that could include loyalty programs, but it wouldn’t sell checking-account users’ financial data. The company said it doesn’t use Google Pay data for advertising purposes and doesn’t share that data with advertisers.

Fifty-eight percent of people recently surveyed by consulting firm McKinsey & Co. said they would trust financial products from Google. That was better than Apple and Facebook but worse than Amazon.

“If we can help more people do more stuff in a digital way online, it’s good for the internet and good for us,” Mr. Sengupta said.

Google flirted with financial services in the past. In 2011, it launched Google Wallet, where users could digitally store their existing credit and debit cards to make purchases. In 2015, it explored ways to use email to pay bills.

It launched, then quickly shut down, a site where users could comparison-shop for insurance and credit cards. More recently it has focused on India, where mobile payments are growing quickly.

Google’s parent company, has been trying to boost usage of the app, which launched in 2015 and competes with similar payment apps from Apple, Samsung Electronics Co. and Facebook, which this week introduced its own payments service across its apps.

Banks are trying to figure out when to work with tech companies and when to compete against them. Both Citigroup and Stanford Federal Credit Union, Google’s other partner on the Cache project, could bring in deposits and establish relationships with younger, tech-savvy savers who might one day need a mortgage or credit card.

Citigroup is one of the largest U.S. banks but has far fewer branches than rivals like

& Co. Instead, it is leaning on digital offerings to bring in deposits, a cheap source of funding that is crucial to how banks make money.

who heads Citigroup’s U.S. consumer bank, said digital partnerships like the one with Google would let the bank grow beyond its bricks-and-mortar network. “We have to be where our customers are,” he said.

Mr. Sengupta, who moved from Delhi, India, to attend graduate school at Stanford in the late 1990s, said he opened his first bank account at the Stanford credit union and that many Google employees still bank there.

Mr. Sengupta said Google was open to adding more banks in the future.

Write to Peter Rudegeair at Peter.Rudegeair@wsj.com and Liz Hoffman at liz.hoffman@wsj.com