DUBAI—Emirates Airline bet its future on giant planes and mega hubs, but the world’s biggest international airline is now in the middle of the most significant rethink of that strategy in its history.

Ahead of hosting the Dubai Air Show, which starts Sunday, Emirates has yet to commit formally to more than $36.5 billion worth of tentative orders for big planes. It’s an acknowledgment that a strategy of flying giant wide-bodies to connect passengers through big hubs only works if the rest of the industry plays along. Instead, other airlines have moved to smaller, more fuel-efficient planes that can bypass big hubs such as Dubai, flying fewer passengers directly to their destinations.

said it would wind down production of its A380 superjumbo after lackluster demand. Emirates was the only big buyer of the jet in recent years.

Smaller long-haul aircraft, including Airbus’s A350 and

’s 787 Dreamliner, are allowing Emirates’ rivals to undercut it on prices, offer more flights and, in some cases, remove the mandatory stopover that was once seen as a permanent feature of long-haul travel.

Emirates is now cutting back routes to focus on the most profitable ones. In September, it disclosed sweeping changes to its executive and senior leadership teams. Long known for pampering passengers, even those in economy, it has recently capitulated and joined an industry trend of offering cheaper fares by, for instance, charging for seat selection. It also is offering a cheaper business class ticket that comes without the typical chauffeur service to the airport and lounge access.

Last week, Emirates reported a boost in profits for the first half, thanks to a decline in oil prices that makes fuel less expensive. But even that’s a mixed blessing. The carrier’s home market—and the business travel that Emirates is especially dependent upon—rises and falls with oil prices.

Emirates’ fleet is made up mostly of the industry’s largest jets. Here’s a breakdown, with approximate, typical passenger load: 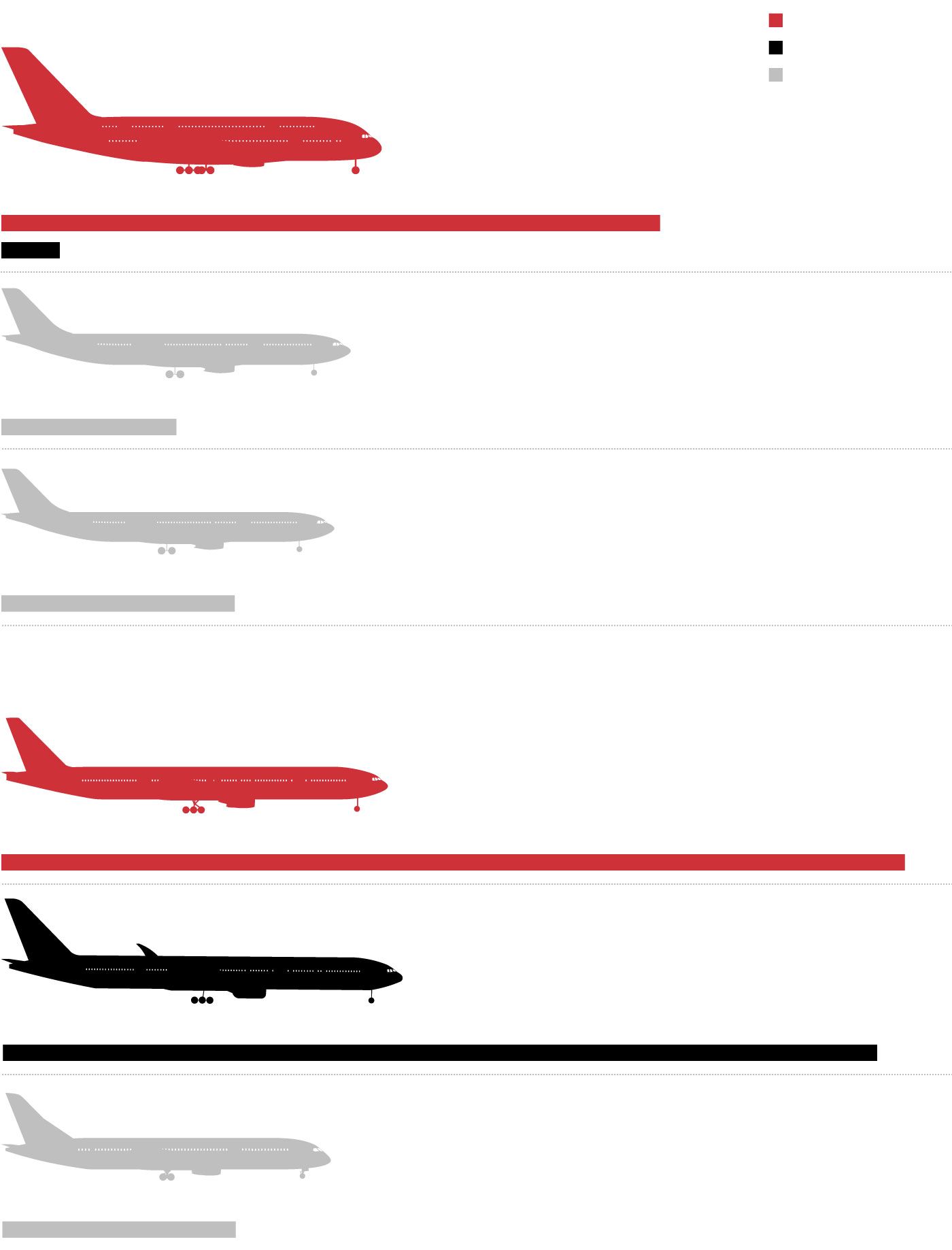 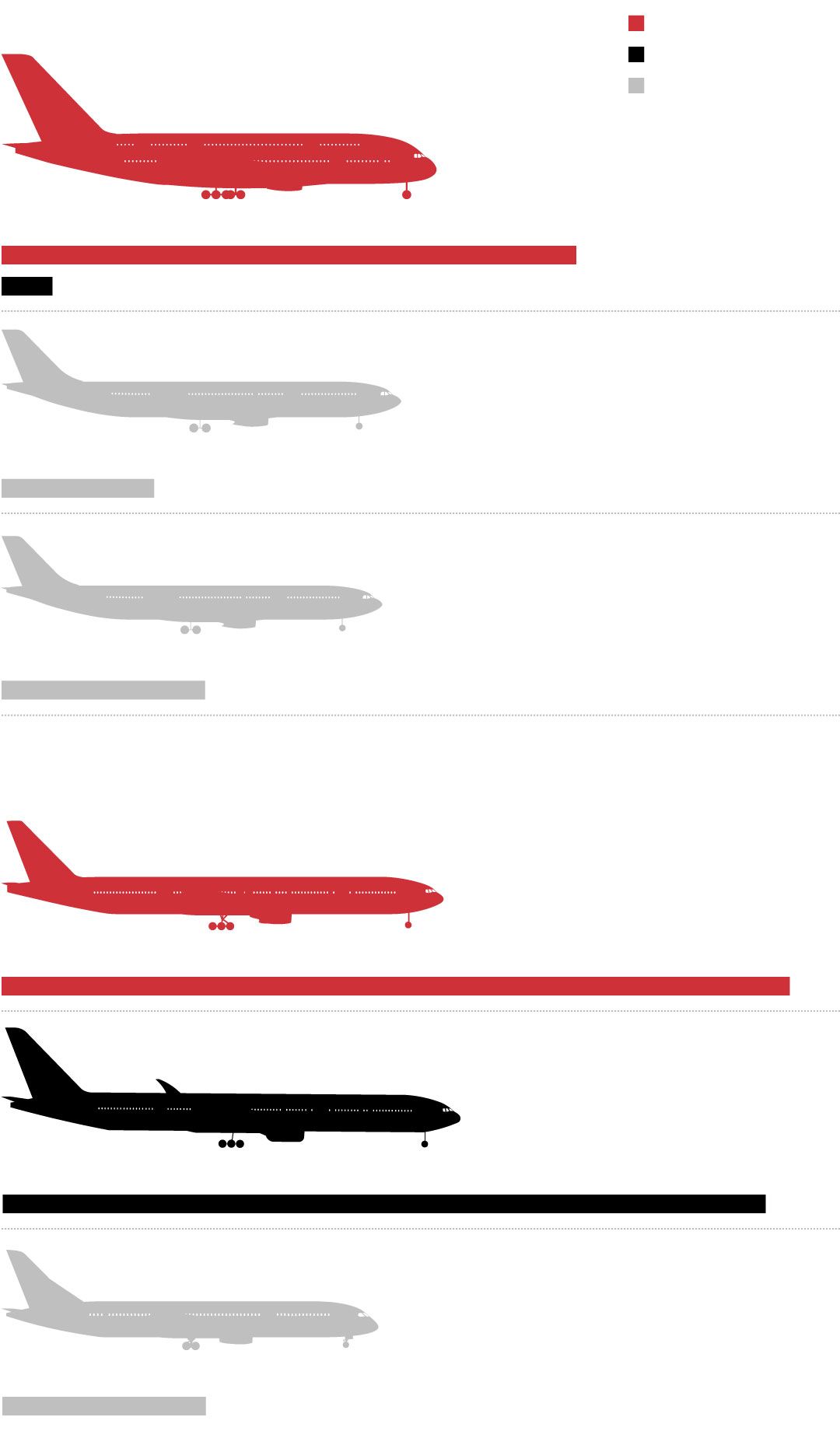 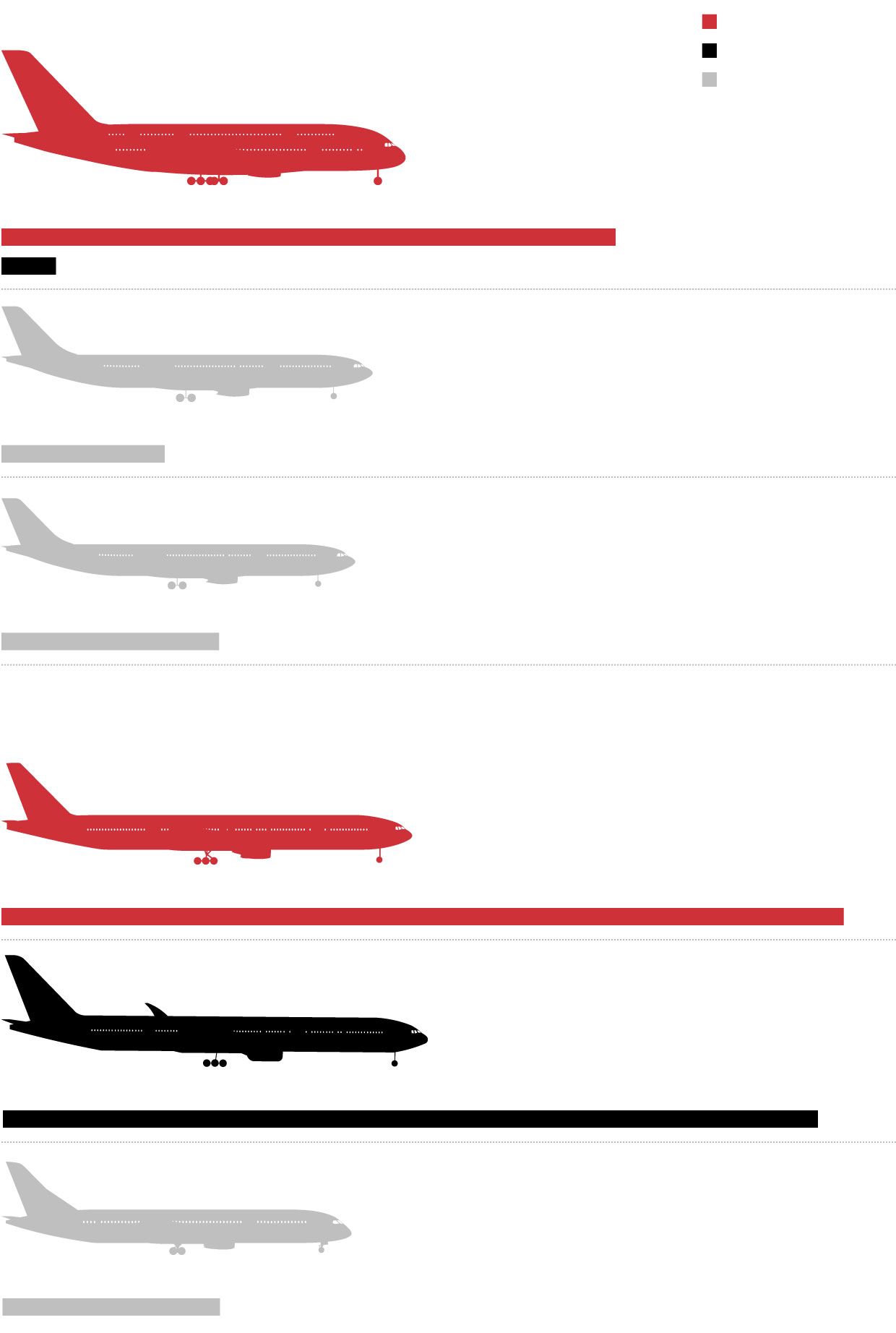 Geopolitical tensions, particularly those in the Mideast, are rising, weighing on travel. Routes between the U.S. and China are under pressure too, amid their trade battle. In Hong Kong, clashes between police and protesters have depressed ticket sales to the semiautonomous city, Emirates has said.

The International Air Transport Association, a trade group of airlines, has warned that a “tapering in demand’’ from political upheaval in places such as the Mideast will squeeze earnings in 2019. Emirates’ sister airline, low-cost FlyDubai, meanwhile, is one of the biggest buyers of Boeing’s 737 MAX. The plane has been grounded, scrambling scheduling.

said earlier this month that the company is “adapting our strategies to navigate the tough trading conditions and social-political uncertainty in many markets around the world.” The company’s outlook is “hard to predict,” he said, with competition expected to pressure margins in the next six months.

In May, Emirates said profit had fallen 69% for the year to March 31, blaming increasing competition and depressed demand for freight. It said at the time that it would reduce its dividend to its owner, the government of Dubai. Staff were told they wouldn’t receive annual bonuses.

Emirates and its main Mideast rivals, including Abu Dhabi’s Etihad Airways and Qatar Airways, grew fast, thanks in part to their geographical advantage as a stopover for traffic between Asia and the West. Emirates became the world’s largest airline by international travel. They all now face challenges from newer entrants, with airlines in China, Turkey, Oman and Saudi Arabia poaching passengers.

“What we will see at Emirates and at Qatar and Etihad is them all going through a reinvention,” Jefferies International analyst

said. “And in the meantime every other airline around the world is marching to a somewhat different tune.”

A key indicator of Emirates’ future trajectory will be how, or whether, it firms up that roughly $37 billion in unofficial orders, based on list prices, with real commitments. Airbus and Boeing are negotiating down to the wire to try to get all, or some, of the deals over the line, according to people involved in the negotiations.

built the carrier with a clear strategy: Use the world’s biggest aircraft, the Airbus A380 superjumbo, supported by the smaller Boeing 777, to connect far-flung destinations via a super-hub in Dubai. The model was quickly replicated by regional rival Qatar and Etihad.

But Airbus failed to convince other airlines that its double-decker could be as profitable as newer, more efficient twin-engine aircraft. Its decision to end production forced Emirates to slash its remaining orders for the A380 by 39 aircraft.

It has instead agreed to buy 70 of Airbus’s two smaller wide-bodies, the A330neo and the A350. It is that order, plus a separate deal for Boeing’s 787 Dreamliner, that has yet to be confirmed.

Boeing is also relying on a commitment from Emirates for its 777X—an upgraded version of the 777.

Investors will be “watching like a hawk” to see what the airline decides to keep, and what it discards, Mr. Morris, of Jefferies, said.

The region’s financial uncertainty has led Dubai to question when to build a $36 billion airport that would have consolidated Emirates’ operations in a true super hub, with capacity to handle 250 million passengers a year. Originally slated for completion in 2025, that has been pushed back beyond 2030.

Write to Rory Jones at rory.jones@wsj.com