Latchel Inc. is a 3-year-old, 20-person startup in Seattle that sells home-maintenance services. It has something in common with its enormous neighbor

specifically, 14 leadership principles, many of which are identical.

That’s not a coincidence. Will Gordon, a Latchel co-founder, worked for the e-commerce giant for nearly three years. And like many former Amazon executives, Mr. Gordon took with him its management style—including principles such as “customer obsession” and “bias for action”—when he left a few years ago. He’s part of the diaspora of Amazon alumni spreading the business gospel of Jeff Bezos across the corporate world.

was America’s breeding ground for corporate chiefs. Executives who rose through the conglomerate’s ranks in its heyday and passed through its rigorous management program went on to run behemoths such as

In the Big Tech era, Amazon has become the incubator for CEOs and entrepreneurs. At the core of Amazon’s ethos is a scrappy startup mentality that encourages employees to constantly innovate and challenge the way things are typically done.

There’s one element some ex-Amazonians are leaving behind: the harsher parts of Amazon’s culture, such as hiring practices that favor skills over collegiality.

Amazon is known for disregarding social cohesion in interviewing candidates, former employees said, elevating other traits over an ability to work well with colleagues. Mr. Gordon of Latchel originally embraced that tenet.

“We approached hiring this way and it was a big, big mistake,” he said. He had to fire one employee he had hired who was capable but couldn’t get along with the team. “We need social cohesion and to like each other because we have to put in lots of additional hours and time because it’s a startup,” Mr. Gordon said.

and Simple, an online banking unit of

The company Mr. Bezos founded in his garage 25 years ago has also spawned a legion of startup founders, who run or have run companies as varied as content-streaming site Hulu, e-commerce platform Verishop Inc., cannabis hub Leafly Holdings Inc., and trucking-software maker Convoy Inc. And when directors of troubled property-leasing startup We Co. ousted their leader, they tapped an ex-Amazon executive as co-CEO to try to stabilize the situation.

Business leaders often incorporate lessons learned in past positions at other companies. Amazon’s management culture is especially well-defined and hammered endlessly into its executives, say those who have worked there.

In addition to its 14 leadership principles, there are more general practices that are aimed at keeping teams nimble and that let data guide business decisions. Cross-functional teams should be small enough that two pizzas would suffice for dinner. Many meetings start with 30 minutes of silence as everyone reads the same six-page document. Employees pitching new products create fictional press releases to focus on the benefits to customers. (See below for a list of the 14 principles.)

Former employees say some of the aspects of company culture they’re leaving behind include an intense pace and a preference for blunt confrontation that can cause some employees to burn out. Amazon has also faced criticism from some customers and sellers that it has allowed shoddy or dangerous merchandise on its platform in its pursuit of rapid growth.

An Amazon spokesman said that safety is important, and that “third-party sellers are required to comply with all relevant laws and regulations when listing items for sale in our stores. When sellers don’t comply with our terms, we work quickly to take action on behalf of customers.”

a 14-year veteran of Amazon who last year became president of Zulily, an e-commerce company focused on flash sales, said he has brought the tech giant’s approach to hiring. Every interviewer now asks a candidate questions based on a specific skill related to the role.

But Mr. Yurcisin said he is striving for a “more empathetic culture” at Zulily. “Over 25 years, Amazon has rewarded direct communication and incredibly high standards, which taken to an extreme, can be off-putting to some employees who can take it personally,” he said. Ultimately, he added, “trying to replicate their culture is not a recipe for success.”

Looming over Amazon’s culture is Mr. Bezos, one of the world’s richest men.

two decades as CEO and chairman of GE infused that company with Welchisms such as “fix, close or sell,” and an employee ranking system that systematically cut its lowest performers. When Mr. Welch stepped down, his progeny headed up more than a dozen companies and GE’s employee base was a favorite mining ground for executive recruiters. Mr. Welch declined to comment.

With Amazon’s ascent to one of the world’s biggest companies, Mr. Bezos has become a management guru, with management students poring over his annual shareholder letter, much like how investors study letters from Berkshire Hathaway Inc. Chairman

Mr. Bezos trumpets a philosophy that “it’s always Day 1 at Amazon,” urging employees to never stop innovating or become complacent. In essence, the idea is to keep his $870 billion company, the U.S.’s second-biggest private employer, acting like a startup.

In the early 2000s, Mr. Bezos inspired one of the more famous Amazon organizational tools: The narrative, or “six-pager” in Amazon parlance, a document that a team of employees writes when proposing an idea.

It originated during a frustrating PowerPoint presentation where Amazon’s management team found themselves scribbling in the margins of the deck being presented to better process it, said Mr. Wilke. When the speaker asked if the team needed anything else at the end of the presentation, Mr. Bezos piped up: “Yeah, can I have your notes?” Mr. Wilke recalls.

PowerPoint presentations are now banned at Amazon, and it’s common for meetings to begin with a long stretch of quiet as everyone reads six-pagers—a tactic Mr. Bezos adopted to ensure that executives actually process the proposal before discussing their merits and asking questions.

“One of the things I flagrantly ripped off from Amazon was the narrative,” said

the CEO of software maker Tableau. He worked for 11 years for Amazon’s cloud-computing arm, Amazon Web Services, and was a member of the inner circle of senior executives called the “S-team” before leaving for Tableau. He said people found the six-pagers weird at first, but that it’s caught on.

“There’s a lot more democratic participation in the discussion by using the narrative,” he said.

Amazon introduced its leadership principles in 2002 after noticing there were a number of different words and phrases that kept coming up when discussing leadership, said Mr. Wilke. He and a small group of colleagues took a shot at writing their first set of principles and presented them to Mr. Bezos, who said they weren’t “Amazonian enough.” They revised the list and today it is used in hiring, employee reviews and business decisions.

Amazon has become a breeding ground for chief executives and entrepreneurs. 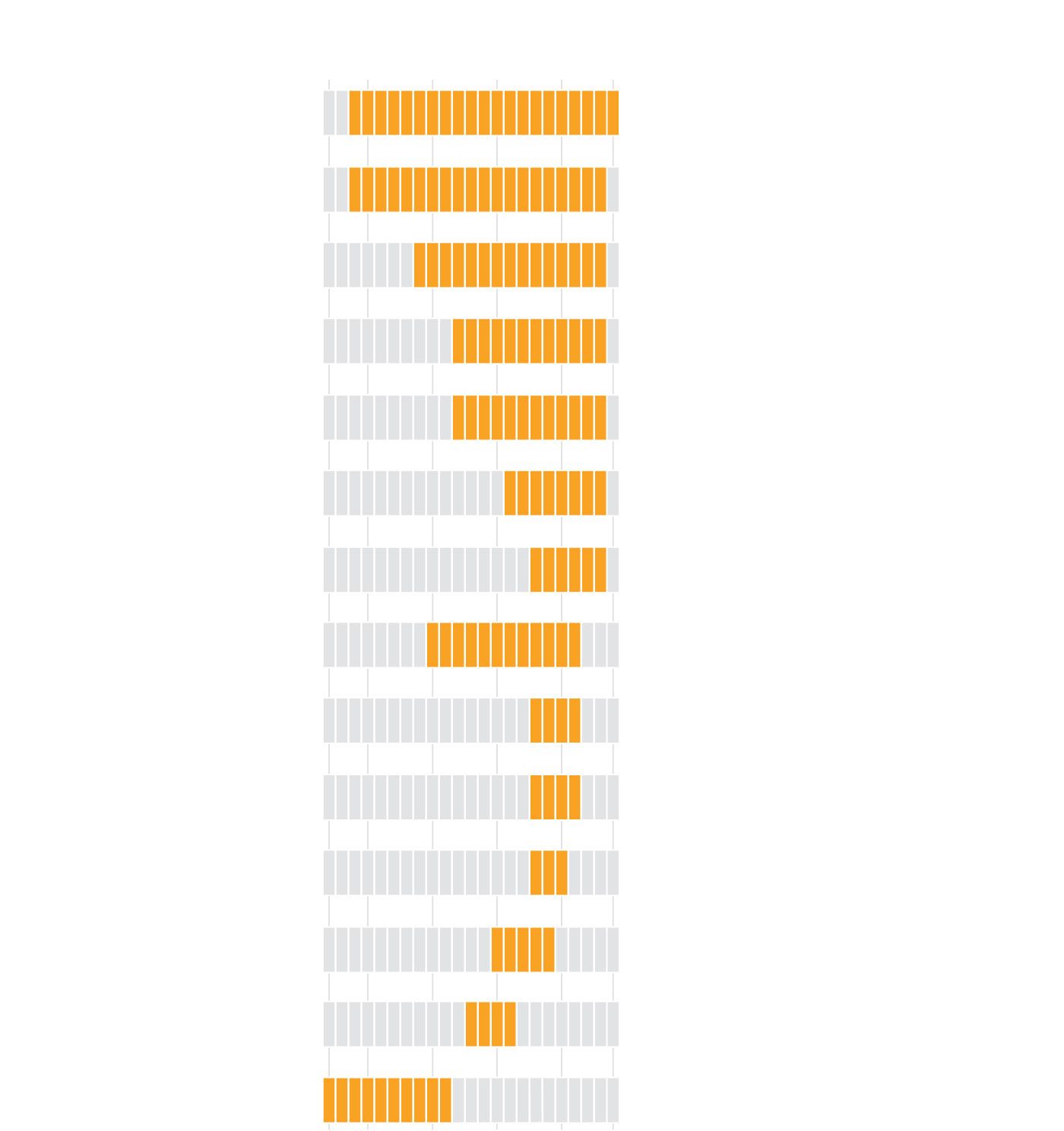 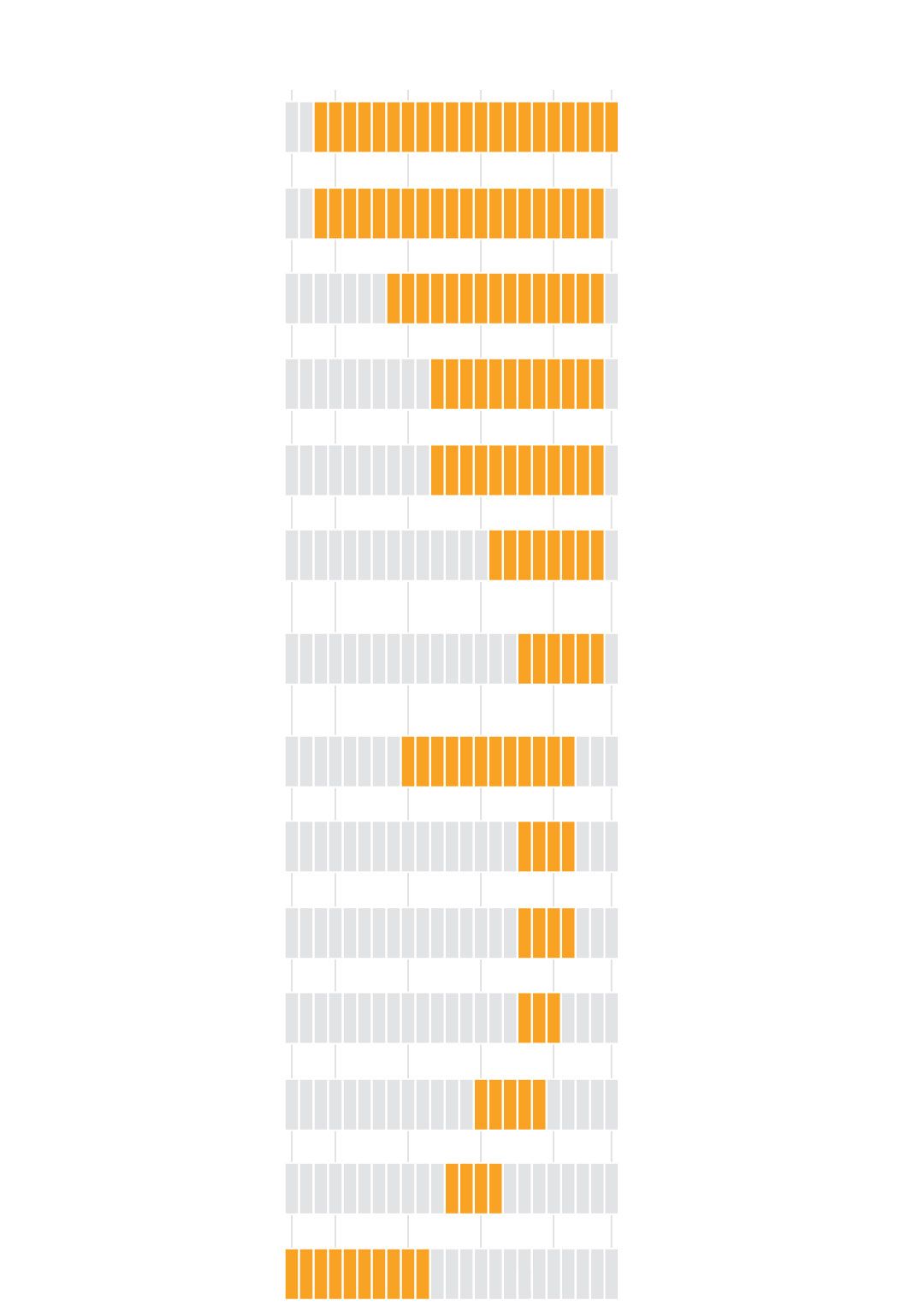 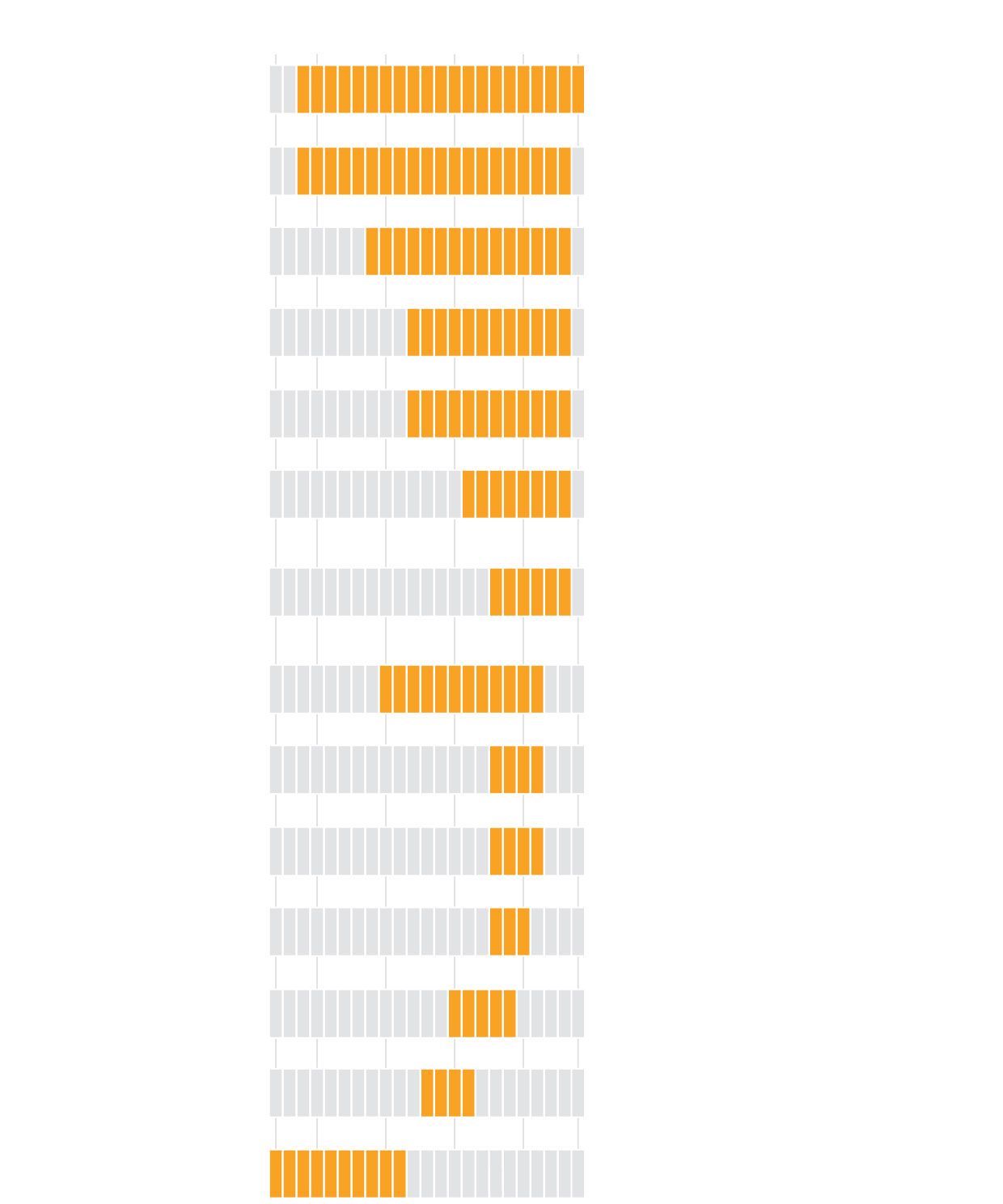 Sebastian Gunningham, Co-CEO of We Co.

Will Gordon, Co-founder of Latchel

At Amazon, candidates who pass a phone interview then meet in person for up to six back-to-back meetings with different employees one-on-one. Each employee is digging for examples for how the candidate’s experience relates to a specific leadership principle or competency of the job. One of the interviewers is a so-called bar raiser unaffiliated with the role the person is interviewing for, and is specifically trying to glean whether the person embodies the leadership principles.

says she is incorporating some of Amazon’s hiring techniques at onXmaps Inc., a digital mapping company for hunters and outdoorsmen, where she became CEO in 2018 after nearly 18 years at Amazon.

She said Amazon’s leadership principles became so ingrained that she would find herself using them with her kids without thinking, saying things like: “Honey, really good bias for action there.” According to that principle, leaders remember that speed matters and that many decisions and actions can be reversed and don’t need extensive study.

At Amazon, she ran the multibillion-dollar consumer electronics segment, which she said gave her necessary experience for running a company. That’s a quality that draws executive recruiters to Amazon’s ranks: Its sprawling empire—with businesses as diverse as advertising, prescription-drug delivery and a movie studio—means that division heads have their own fiefs that can be bigger than the publicly traded companies they compete against.

Recruiters also say that clients want CEOs with technological expertise, data-driven approaches and an ability to deal with disruption or be a disrupter. With Amazon, “a lot of clients want to know what’s the secret sauce,” said

a senior client partner for

Like GE in its heyday, Amazon is viewed as a so-called “academy company” where leaders are groomed, said Ms. Hack, adding that

is considered one as well.

What parts of Amazon’s principles and culture do you think work—and what parts don’t? Join the conversation below.

Some Amazon executives go elsewhere because they perceive a ceiling at the upper end of its ranks, says

has been at Amazon for more than 22 years. The S-team, with 18 high-ranking executives, rarely has openings.

Mr. Wilke said he hopes that many leaders want to stay at Amazon, but “I am also proud that they’re going out into the world and building great things.”

Among those who ran into difficulty after they left,

lasted eight months as chief financial officer of Snapchat parent Snap Inc. after two decades at Amazon. Mr. Stone wasn’t a good cultural fit for Snap, said people familiar with events. The issues came to a head when he went directly to Snap’s board of directors, and over CEO Evan Spiegel’s head, to ask for a big raise, the people said. He is now CFO of Ford Motor Co.

began developing the business model for Convoy, a digital freight network valued at $2.75 billion, he sketched out a circular diagram, outlining how its business goals (better cost structure) would tie into customer benefits (lower rates to shippers), on the back of a piece of scrap paper at a Seattle coffee shop.

Amazon lore is that Mr. Bezos also used a napkin to sketch out Amazon’s similar “flywheel” business model. The cycle by which Amazon increases selection, which lowers costs and prices and gives customers reason to keep shopping, is something still inculcated in the workforce 25 years later.

Convoy’s flywheel, which revolves around getting shipment volumes for truck drivers to better utilize empty space in vehicles and drive down costs, is laminated in each conference room of the company, he said. The company’s leadership principles are on the other side of the flywheel. Mr. Lewis was general manager of new shopping experiences at Amazon until 2015, when he started Convoy, which counts Mr. Wilke and Mr. Bezos as personal investors.

co-founder of shopping website Verishop and a 7-year veteran of Amazon, said the first thing she did when she was thinking about the company’s positioning was write a fictional press release—what Amazon refers to as a “PRFAQ.” Her co-founder and husband,

who was Snapchat’s chief strategy officer, has absorbed some of the lessons himself: In the early stages of Verishop, he requested six-pagers from various teams.

Ms. Khan took something else from Amazon with her. In September, Verishop announced free one-day shipping.

The company’s 14 principles, with condensed descriptions:

Write to Dana Mattioli at dana.mattioli@wsj.com

Our Favorite Gadgets: Best Tech Gifts 2019
How the Saudi Aramco IPO Came Back to Life