Gum makers are mixing everything from vitamins to candy into their recipes to give customers more incentives to pick up a pack.

Chewing gum has lost sales to mints, and customers have gravitated to other means of burning nervous energy, like fidget spinners and smartphones, executives and market-research firms say. Some people say they dropped gum-chewing because it seems tacky or causes jaw pain. Gum sales dropped 4% globally by volume between 2010 and 2018, according to Euromonitor, and 23% in the U.S.

owner of Trident and Dentyne, in a recent interview.

Trying to turn things around, Mondelez and other gum makers are coming up with formulas that they say convey additional benefits. Trouble sleeping? There is a gum for that. Other new chewing gums purport to boost energy, alleviate headaches and stimulate weight loss.

“The consumer these days is becoming much more interested in the functional benefits of food,” Mr. Van de Put said. “Gum is an interesting carrier of benefits.”

He suggested the possibility of a gum designed to boost energy and another containing cannabidiol, a compound derived from hemp that many consumers and food makers believe conveys health benefits. The maker of Oreo cookies and Ritz crackers has added a gum under its Halls brand in Europe, moving the cough-drop brand into breath-freshening. Separately, it is looking for ways to promote the gum’s benefits, like oral care, in the U.S.

and Perfetti Van Melle Group B.V. dominate global gum sales. But some of these companies are losing market share, as smaller brands introduce gums meant for more than chewing.

Snack Less makes a gum containing an extract from Hoodia parviflora, a plant that many wellness experts and consumers believe suppresses hunger, although medical professionals have rebuffed that claim. Simply Gum LLC says its all-natural ingredients offer a healthier, biodegradable alternative to the synthetic rubber used in most gum.

Sales for gum with such added benefits are small but growing faster than gum sales overall, according to market-research firm Mintel. Its survey showed that consumers are interested in gum fortified with vitamins, designed to ease digestion and other benefits.

Functional products have become more popular as people look for more natural ways to address health concerns, low energy or insomnia. Successful brands can command a premium for products that purport to have such added benefits. That has helped gum sales rise 1.3% in dollar terms this year, according to market-research firm Nielsen, even though volumes are down 7% in the U.S.

The Food and Drug Administration reviews safety reports that companies submit for new additives but doesn’t weigh in on whether the benefits touted are delivered in full.

Gum manufacturers say chewing gum is efficient in conveying supplements like caffeine or cannabidiol because they can be quickly absorbed into the bloodstream rather than taking 30 minutes as with most swallowable pills.

Some customers say they aren’t swayed by the added benefits of new gums.

an entertainer on a Norwegian cruise ship, has started buying mints rather than gum to freshen his breath. “Sometimes you have to sit around chewing gum for half an hour because—what are you going to do with it?” he said.

Medicated chewing gum has been around since the 1920s when inventor Frank Dillard introduced Aspergum, laced with aspirin. RetroBrands U.S.A. LLC bought the trademark for Aspergum and is working to get it back in stores.

“The gum category has been on a downward spiral for many years. Functional gum may help,” said RetroBrands President

who is also seeking ownership of the discontinued Chiclets brand.

Some recent attempts at multipurpose gum have sputtered. Wrigley, around since the 19th century and now owned by Mars, introduced Alert Energy Caffeine Gum in 2013. It was quickly pulled over concerns that its 40 milligrams of caffeine per stick would encourage too much caffeine for children.

Mars brought it back in 2017 with clearer labeling of the high caffeine content. Sales were lackluster. Now Alert Caffeine Gum is no longer in mass distribution.

Is chewing gum past its heyday? What could revive it? Join the conversation below.

Hershey discontinued Ice Breakers Cool Blasts, a gum launched in 2015 that dissolves after a few minutes of chewing, because of weak sales. Chuck Raup, Hershey’s vice president of confection, said the company has since focused on marketing its existing gum brands rather than coming up with new products that promise to be more than chewy.

But other companies are still working to woo customers by melding gum and candy.

Leaders of the Pack 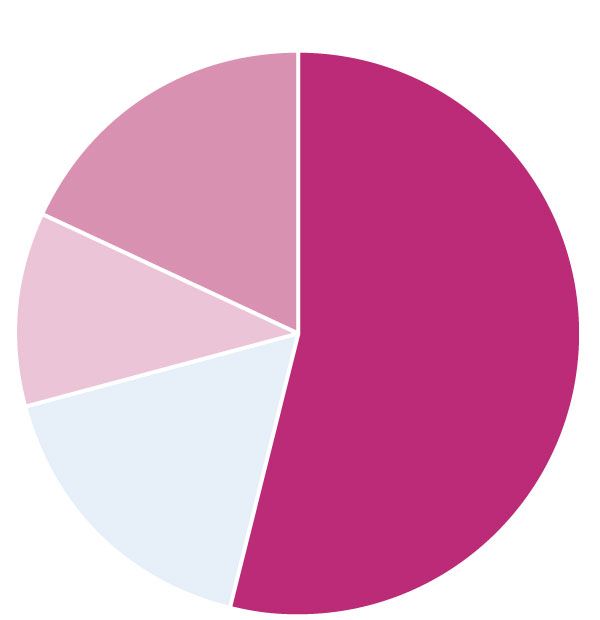 , an ingredients supplier to gum makers, has developed a cooking process that allows manufacturers to infuse gum with chewy candy and natural ingredients, such as fruit juice and cocoa.

“We don’t educate children anymore to start coming into the gum category and chewing our gum,” Mr. Heeling said.