Well folks, we’ve got some fun matchups this weekend. My personal favorite: Battle for the No. 1 draft pick with the Bengals-Dolphins finally meeting in Week 16. Don’t be fooled … Cincinnati (1-13) hasn’t locked it up yet. And after hanging with New England (11-3) for the first half last weekend, I believe anything is possible – especially since you know how I feel about my underdogs.

Or how about that Rams-49ers matchup? Both teams coming off a difficult loss in Week 15 … it begs the question: Who will have the bigger bounce back? I believe the Rams (8-6) and the offense that thrived against the Seahawks (11-3) will see a resurgence. But could it be that San Fransisco (11-3) – currently standing at fifth in the NFC – will lock in another crucial win against a division rival still in the playoff hunt?

And we can’t forget the monster of a game on Monday night. The Packers (11-3) travel to Minnesota (10-4) to take on the Vikings with major NFC North implications on the line. Green Bay is safely headed into the postseason, but a win in primetime could mean a top NFC seed.

The Chargers have just killed me this year. Every single week I’ve picked them … and every single week they’ve failed for me. Call me crazy: I’m taking them again. I took them last week. Guess what? They turned the ball over seven times.

But here’s my reasoning: I feel like the Raiders season ended last week when they lost their final home game, choking it away to Jacksonville. This week Josh Jacob is out, and it right now it sounds like Trent Brown – their left tackle – may not play. I love Philip Rivers going out on top … a nice win for the Chargers. I’ll take them covering 7.5 at home against the Raiders. 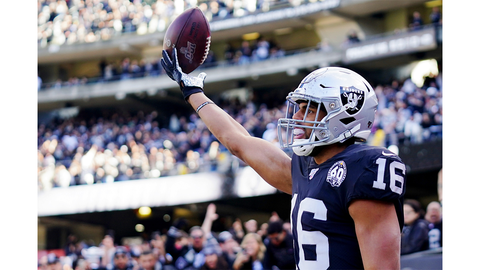 Well folks, how about this one: The starter for the Panthers is Will Grier. It’s his first NFL start. And I love it! You might be asking yourself one or more of these questions, “Jason, what are you thinking? They’ve lost six in a row? You’re backing a rookie quarterback?” In his first start – you bet – I’m in all. The Colts (ouch) this team is really inured, especially in the secondary. They’ve been shredded by Drew Brees, Ryan Tannehill … you name it. I’m going to take Will Grier to cover 6.5 on the road.

This is a massive game … for, well, nobody. It doesn’t mean a thing. And that’s why I like the Cardinals getting nine points on the road. Let’s not forget: Seattle’s season comes down to next week against San Francisco. Also keep an eye on the Seahawks injuries … there’s a lot of them, especially on the defense. The biggest question on my mind: Will they sit out and rest up for the huge 49ers game ahead? I’m all for Kyler Murray getting 8.5 points on the road.

Boy is this one massive for playoff implications – especially for the 49ers after their loss to the Falcons last week. San Francisco was first in the NFC … now they’ve fallen to fifth. I’m sure you’re thinking they are going to come out here in a big spot, right? Sorry folks, I don’t think so.

I like the Rams to cover. Hear me out: Todd Gurley did not play in the first meeting. It was an absolutely terrible performance by the Rams … they did not even convert a single third down: 0-9 in the game. But I like the Rams here getting 6.5 against a beat up 49ers team. 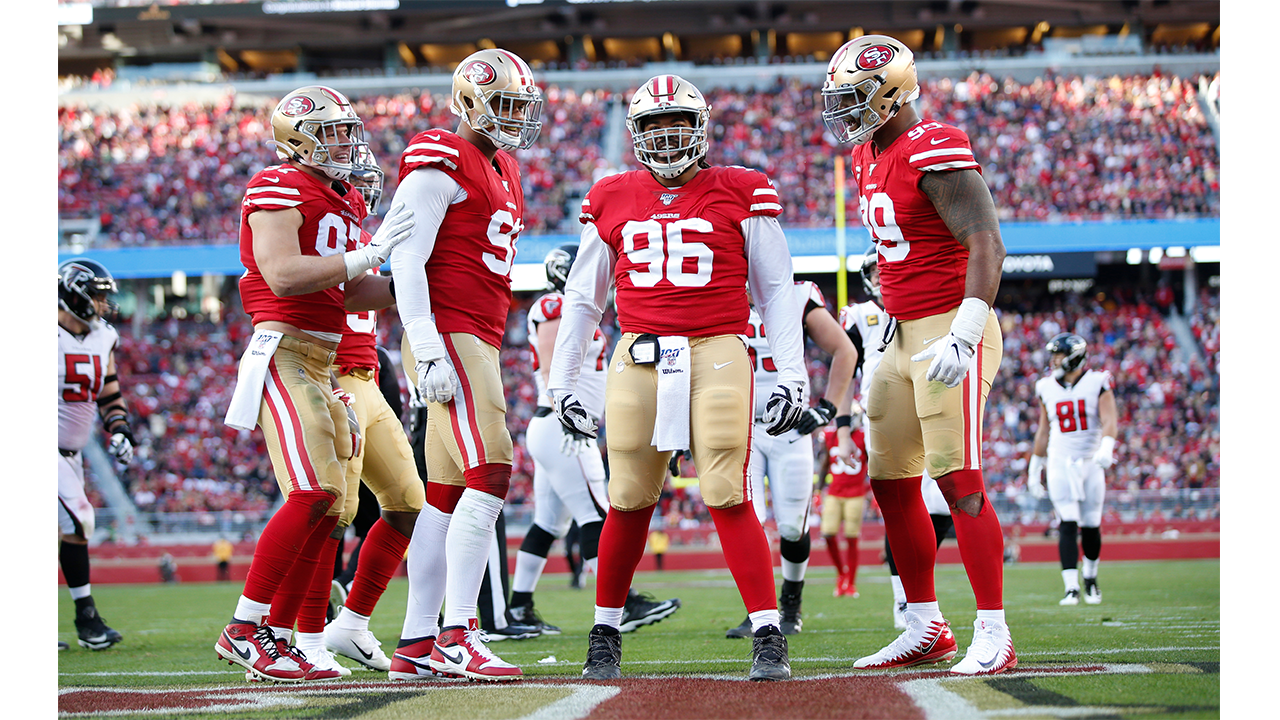 This is a surprising line because the Bucs are just really injured. We know Mike Evans – their leading receiver – he’s done for the season. And now Chris Goodwin – who has been a superstar for Jameis Winston – he’s also hurt.

Winston will be the key here. Here’s a crazy stat for you: He has thrown five first drive interceptions this season … but somehow Tampa is 4-1 in those games. With the injuries and the inconsistencies, I just have to go with the Texans. I hope it’s the Houston defense that showed up last week and shut down Tennessee for the first 39 minutes and picked up the win on the road … but you never know though with Deshaun Watson’s group. I’ll take the Texans favored by three.

Nobody in the world is picking the Eagles in this game. Everybody loves the Cowboys … and it’s logical, I mean why not? Listen to this: They beat Philadelphia four straight times and are 14-2 in their last 16 against the NFC east. But I’m sorry folks, I’ve got to go with the Eagles. I’ve got a sneaky suspicion Carson Wentz is going to pull the upset.

The line – if you’ve followed it – has gone all the way up to three, but it’s currently down to 1.5. I’ll say it again: Absolutely no one is taking Philadelphia. So, you know I have to. Give me Carson Wentz to cover 2.5 at home.

This one almost made my cut of Top 6 picks. Atlanta won their Super Bowl last week. If you read the quotes from the Falcons leading up to last week’s game vs. the 49ers, you knew they put absolutely everything into that game against former offensive coordinator Kyle Shanahan – that loss was a reunion gift.

They came home, feeling good … and will sleepwalk right into a game against the hopeless Jaguars. Come on guys, it’s a perfect spot for Gardner Minshew to keep it close or win outright. Fun stat of the week: Atlanta coach Dan Quinn hasn’t covered in his last 14 games against the AFC. I’m backing Jacksonville getting 7.5 on the road. 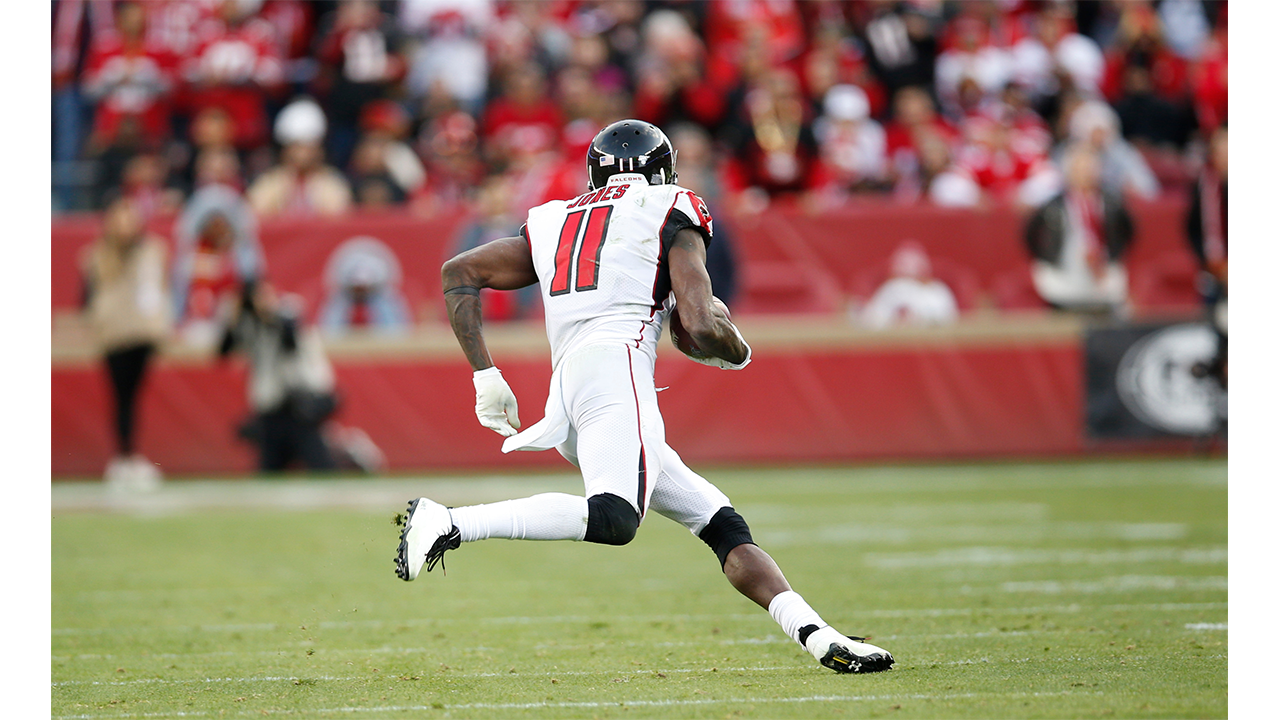 This line is telling you to bet on Green Bay. They have the better record, the better quarterback … and somehow they’re underdogs? Toss in the Kirk Cousins 0-8 record on Monday Night Football, and you have a perfect recipe for the betting public to load up on the underdog Packers. If you know me, you know who I’m taking. Give me the Vikings.

Drew Brees has started only two games outdoors this season. One in September against the Rams – he was injured in the first quarter and didn’t return – and then last month in Tampa. Now, he’s going to Nashville … it’s going to be cold with temperates expected to be in the 40s.

Not to mention he’s playing on a short week, it wouldn’t surprise me if Brees isn’t on his game. I see the Titans – and Derrick Henry, who has a shot at winning the rushing title – running all over a banged-up New Orleans defense. I’m all in on Tennessee covering 2.5.

This is just a tough spot for Sam Darnold and the Jets: Having to face the Steelers defense off a loss to Buffalo. But the reason I lean Jets here – and it’s not because I’m blinded by my love for them – is that New York’s defense will give Duck Hodges fits, and you have to wonder about his confidence after throwing four interceptions against the Bills.

I know New York’s secondary is shaky … but Jamal Adams comes back this week. The matchup I absolutely hate is the Jets offensive line against TJ Watt and the Steelers defense, which is tied for the NFL lead in sacks. I’ll take the Jets getting three at home. 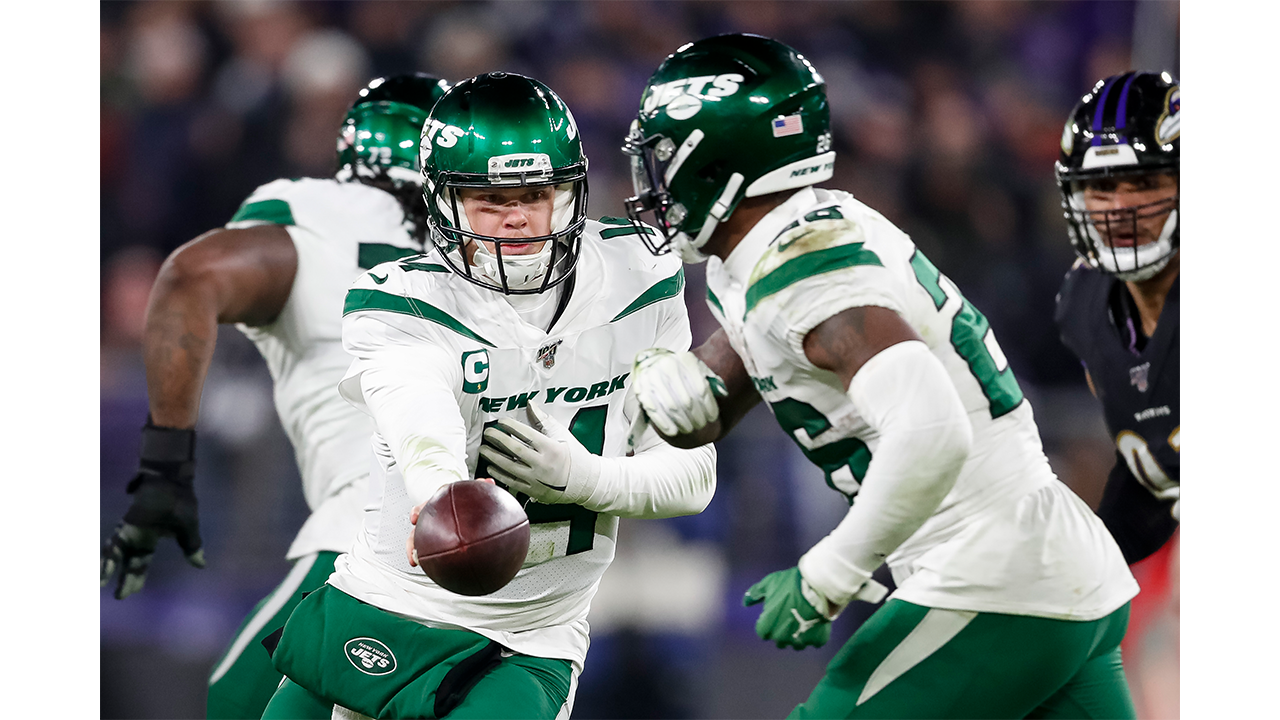 If I’m picking far too many underdogs for your liking, let me explain: There’s value in teams that have been eliminated from playoff contention in Weeks 16 and 17 when facing a playoff team. The public perception is that the eliminated team has nothing to play for … so take the favorite. But here’s the secret, you’re taking an inflated line.

The Bears have had a disappointing season and the Chiefs look like a Super Bowl team … but let’s not forget, that Kansas City run defense is still questionable. And I love this one: It’s a perfect spot for Mitchell Trubisky to quiet the critics when facing another quarterback who was drafted behind him. Give me Chicago getting the points.

Daniel Jones is back at quarterback for Eli Manning. Even with star tight end Evan Engram on injured reserve and done for the year, there’s still plenty of firepower in Saquon Barkley, Darius Slayton and Golden Tate. The Redskins were able to stay competitive against Philadelphia last week and Green Bay two weeks ago because those offenses are struggling. But I’m just not sure Dwayne Haskins and Terry McLaurin have enough help to keep up with the Giants. I like the Giants covering on the road.

I couldn’t look myself in the mirror in the morning if I took a double digit favorite in a late-season divisional matchup. The Browns will be seeing Lamar Jackson for the third time dating back to last season. I know everyone is all in on the Ravens – with good reason – but, I’m sorry. This line just feels inflated to me by 1-2 points. I have to take Cleveland here. 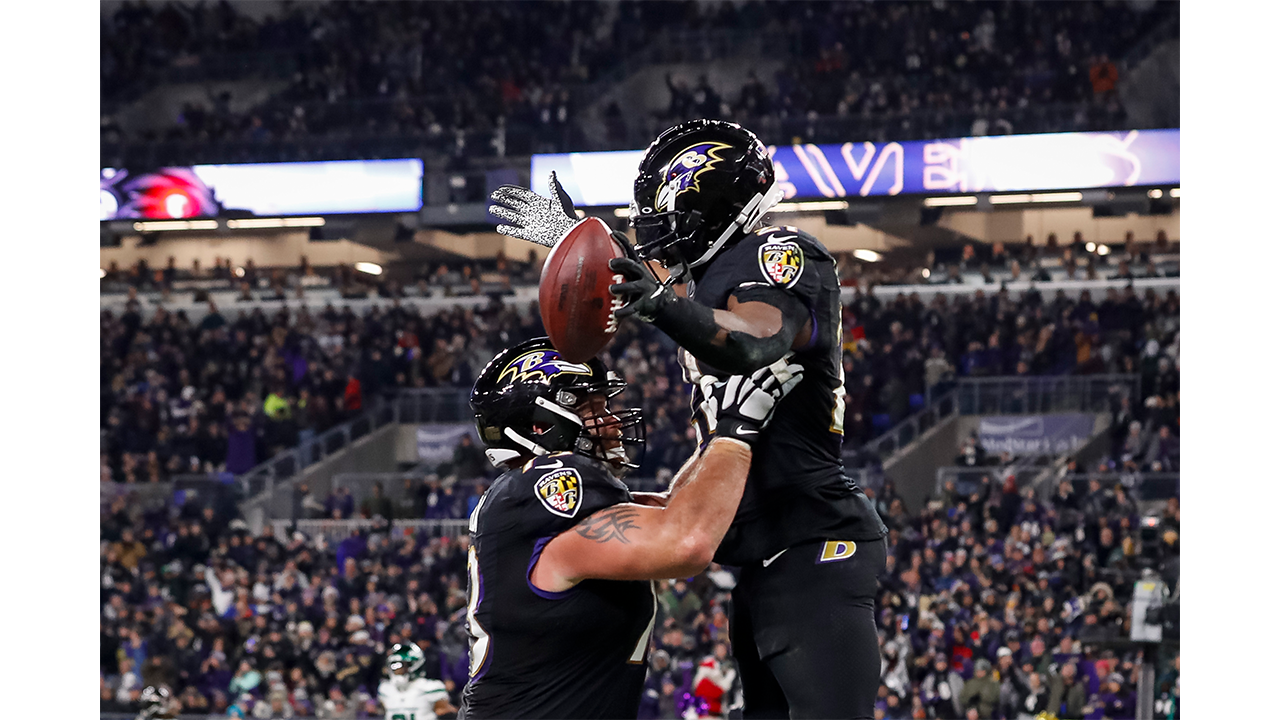 You might be asking yourself: Why are the one-win Bengals favored over anyone? The Dolphins have the worst point differential in the NFL (Cincinnati is second), and their leading rusher this season is quarterback Ryan Fitzpatrick. I just love this – he turned 37 years old last month. Miami has had so many injuries … they’ve had more players suit up this year than any team in the NFL. Give me the Dolphins getting a point, which is about as many minutes of this game that will be worth watching.

I’m still not buying the Bills as a dangerous playoff team in the AFC because I just don’t completely trust Josh Allen … but I’m selling the Patriots and their inability to score points and cover 6.5. New England was neck-and-neck with the Cincinnati midway through the third quarter before a pick-six blew the game open. Look deeper folks: The Patriots mustered just 291 yards and 4.6 yards per pass against the Bengals. That’s putrid. I have to take Buffalo in this spot.

Yes, I’m picking the team with the longest losing streak in the NFL (seven games). David Blough got the cover against Chicago (at home), got a push (if you got 13 early in the week) on the road in Minnesota and then a pick-six with five minutes left in the game ending the hopes of tying the game against Tampa.

But hear me out, the backdoor will always be open with the Lions receivers. And I keep coming back to this: How is Drew Lock favored by seven over anyone? Sure, he looked fantastic in Houston as a big underdog … but you’ve got to be kidding, a rookie quarterback favored by a touchdown is too rich for my blood. I’m all in on the Lions getting seven in Denver. 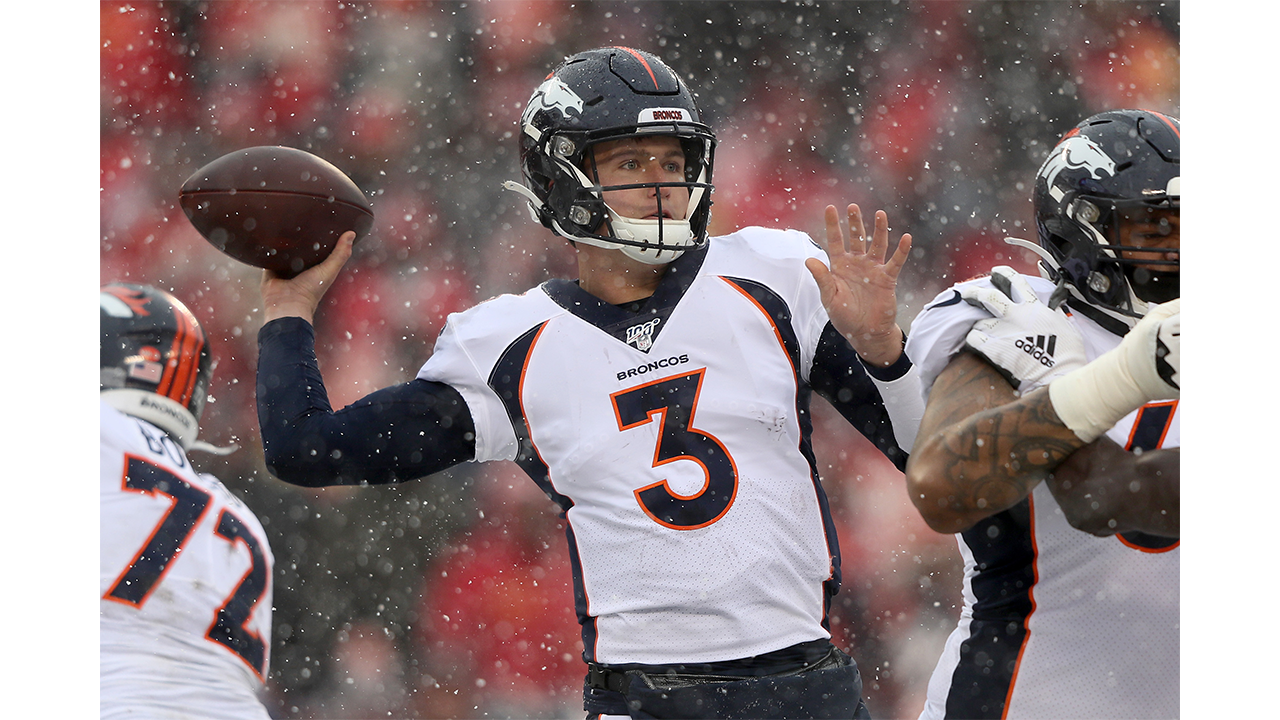