union had reached an impasse in negotiations with food-services provider Sodexo. So Ms. Sulkes and her team turned to the 2020 field, announcing in mid-December that the union would picket outside the coming Democratic debate at Loyola Marymount University.

Candidates reacted quickly, surprising Ms. Sulkes and union leaders during a morning meeting. By the end of the day, all seven candidates who were set to appear said they would skip the debate rather than cross Unite Here Local 11’s picket line. The Democratic National Committee stepped in, helping broker a labor agreement a few days later that included pay increases and better job security.

“People who we didn’t necessarily expect or assume would basically say they would not cross a picket line, even if it meant they would not appear on stage,” said Ms. Sulkes, the communications director for the union, which represents more than 30,000 hospitality workers in Arizona and Southern California. “It just took off in a way that I don’t think any of us anticipated at all.”

Donald Trump in 2016 did better among union members than any Republican presidential candidate since Ronald Reagan. This was largely driven by white men, who make up the core of Mr. Trump’s base heading into the 2020 election. 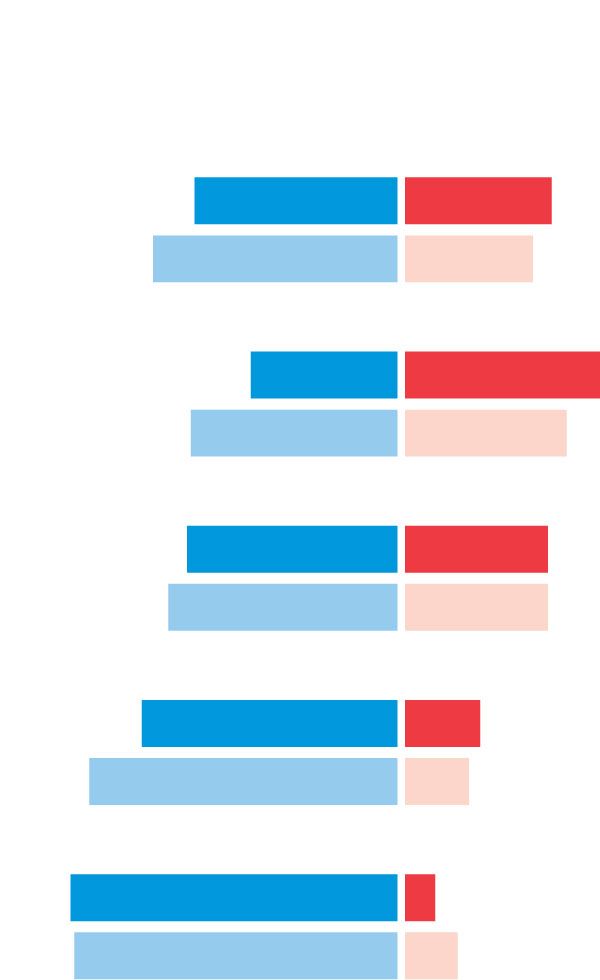 The deal underscored the influence that labor unions have achieved this year as candidates in a large Democratic field seek ways to distinguish themselves in a tight race for the party’s presidential nomination.

Unlike the 2016 primary campaign, at this point many of the nation’s largest and medium-size unions haven’t yet issued endorsements, though some locals have embraced candidates. The share of American workers in unions hit a record low of 10.3% last year, but labor is nonetheless a significant player in the Democratic Party.

The Democratic candidates have taken dozens of actions to appeal to unions, including appearing on picket lines in the Boston area to support striking workers at Stop & Shop groceries; in Iowa with

workers; and in Michigan with members of the United Auto Workers. They have also called workers on strike to offer support and attended labor forums.

first campaign rally was held at a Teamsters hall in Pittsburgh, while

formal announcement came at a former textile mill in Lawrence, Mass., the site of the 1912 Bread and Roses strike.

“The numbers remain grim for labor in terms of membership, but the political clout of unions is considerable,” said

a professor at the University of California, Berkeley, who has studied labor relations.

during the 2016 primaries. Those decisions alienated some workers who supported

and more than a third of union households voted for President Trump in the general election, according to the Cooperative Congressional Election Study. Unions have been slower to endorse in the 2020 primary.

None of those unions have made an endorsement yet. And many are asking the candidates to do more to earn their support.

Do you think a union endorsement would help or hurt a Democratic candidate? Why? Join the conversation below.

The Teamsters didn’t endorse Mrs. Clinton until after she became the Democratic nominee, and this cycle they have no timeline for a decision, despite an expanded endorsement process. General President

said the candidates need to make the case to working-class voters, many of whom supported President Trump in 2016.

He said he has been contacted personally by most of the candidates who have been asking: “How are we doing? Are we saying the right things?”

The effort matters, Mr. Hoffa said, because Mrs. Clinton “made a mistake by not talking about issues that concerned the average person in the United States.”

“For us, it’s decisive. It’s a way they get considered, and if they don’t, they’re taken off the list,” Ms. Henry said.

SEIU’s executive board plans to discuss its presidential endorsement process at a meeting later this month in San Diego.

April Verrett, president of SEIU Local 2015, California’s largest labor union representing about 400,000 home health care workers, said each local has its own process to engage members. Her union’s presidential advisory committee informs her of members’ preferences and helps shape how she represents the union in any endorsement discussions.

Other unions, like the Teamsters, are requiring candidates to join workers on picket lines or in other actions to be considered for an endorsement.

Afscme, which played an influential role in President

campaigns, is holding an event in Des Moines on Feb. 1 ahead of the Iowa Democratic caucuses and is planning a similar meeting in Nevada, before the third presidential nominating contest on Feb. 22.

the union’s president, said it is “in no rush” to endorse a candidate.

AFT held a forum for the leading presidential contenders, and President

said members have been able to shape the race through their interactions with candidates. But she said the union doesn’t plan to endorse a candidate before the Iowa caucuses.

Perhaps the most closely watched union in 2020 is Culinary Workers Union Local 226, the most powerful union in Nevada representing about 60,000 hospitality workers.

The union is likely to discuss whether to endorse at a general executive board meeting later this month with leadership of Unite Here, its umbrella organization, said Secretary-Treasurer

The union has hosted town halls at its headquarters in Las Vegas with six current candidates and hundreds of union members in attendance.

All of the major candidates have sought labor support, but state and local unions have largely sided with Mr. Sanders, Mr. Biden and Ms. Warren.

Mr. Biden received the support of the International Association of Fire Fighters and was endorsed Wednesday by the Iron Workers union, which represents about 130,000 members.

the general president of the firefighters union, said it planned to mobilize 2,600 members in Iowa for the caucuses and was encouraging its Republican members to change their voter registration so they could caucus for Mr. Biden.

“We’re using every opportunity we can to expand our presence in those caucuses,” Mr. Schaitberger said.

Write to Eliza Collins at eliza.collins@wsj.com., Ken Thomas at ken.thomas@wsj.com and Emily Glazer at emily.glazer@wsj.com

The Off Duty 50: A Guide to 50 Holiday Gifts: Functional vs. Fun?
One Nursing Home, 35 Coronavirus Deaths: Inside the Kirkland Disaster