There are many different things you can do with your Thursday in Los Angeles, all of which involve sitting in endless, butt-numbing traffic, but with mine … I tried to qualify for the Olympic Games.

That’s right. After filing yesterday’s article, your Insider columnist here — 41 years old, with a rickety Achilles and a few all-you-can-eat buffets out of shape — entered the sport of table tennis’ United States qualification tournament for this summer’s Games in Tokyo. If you want to see the video, check out FOX Sports’ Instagram Stories, where you can follow along with all of the day’s festivities.

And here’s the thing. If you had been so minded, regardless of age, ability or even any interest in the game played in basements and garages everywhere, you could have tried out, too.

It’s all going down at SMC next February! Who will make the cut for #Tokyo2020?!https://t.co/5NKakTd4FH pic.twitter.com/0X6o3OPlKS

Table tennis is the only sport in the U.S. where the actual Olympic trials are open to everyone, without rounds of rounds of qualifying beforehand, in what must be one of the most democratic selection policies anywhere. Provided you were a U.S. citizen, paid your entry fee and turned up at Santa Monica College on time, you could have battled for a chance to make the trip to Japan this summer.

Spoiler alert: I didn’t qualify, and when I head to Tokyo in a few months, it will be with a reporter’s laptop and notebook in hand, not a paddle. I used to be a decent table tennis player a couple of decades ago, winning the Australian and New Zealand Open youth championships and spending a few years playing semi-professionally in Europe.

But that was back in the late 1990s — and a game where lightning reflexes and speedy footwork are a must doesn’t lend itself to breaks from training, especially those that last for 20 years and counting.

In reality, by the time the trials end on Sunday, the qualifying spot will have been claimed by one of several full-time pros who sit at the top of the American rankings, and spend up to six hours a day practicing. Yet there is something truly intoxicating about the idea that, in this sport, anyone can take their crack at the Olympics.

In swimming, you can’t just rock up at the trials and find yourself competing alongside Ryan Lochte. You won’t be squaring off against Serena Williams for a spot on the tennis squad, or posting up against Anthony Davis — hoping to get picked for the latest incarnation of the basketball Dream Team. In table tennis, you get to try, and there is a special kind of magic in that.

“It is good for the game to have the trials like this,” Virginia Sung, CEO of USA Table Tennis told me in a recent telephone conversation. “Anyone has a chance to follow their dream. For some people, the dream is getting to the Olympics, and for some it is just a dream to be able to play against these top players.”

I did manage to win one match, proving that the effects of time and inactivity had not totally robbed me of my abilities. Cheered on by some FOX colleagues and a journalist friend, I came through in straight sets against Jimmy Shen, a New Yorker who recently moved to Miami. 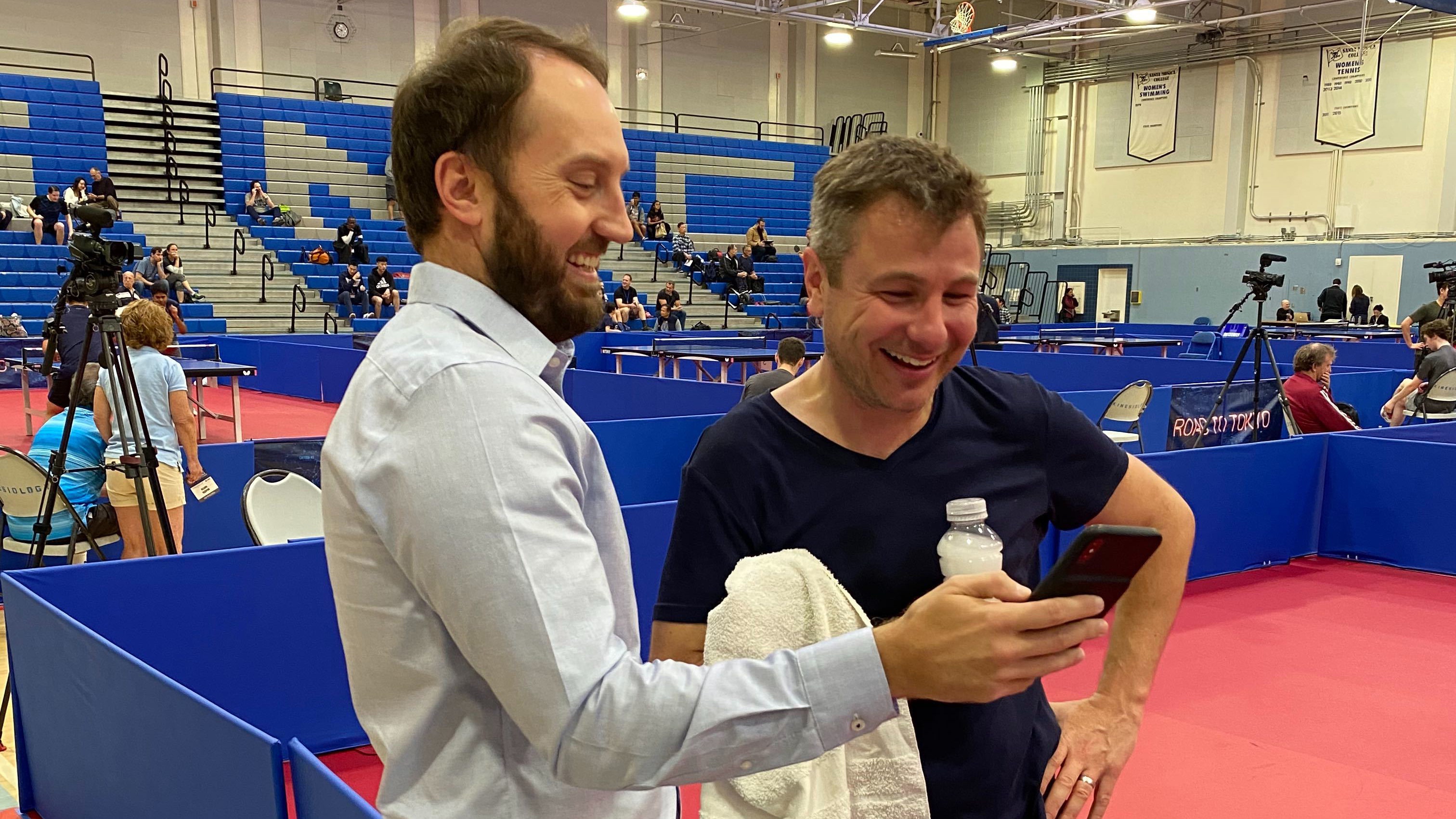 But table tennis, these days, is different to what I was used to. Back when I was playing, games were up to 21 points. Now it is to 11, and for the trials, players must win four out of seven games to advance.

The balls are larger than before and made of plastic. They used to be made of celluloid, which allowed for an exceptionally even bounce but also gave them the inconvenient habit of occasionally catching fire on airplanes. The biggest change, however, has been in the equipment used by competitors.

“The technology is totally different,” explained Engelbert Solis, head of leading equipment distributor Edgeball Table Tennis. “The new rubbers are quicker, spinnier, have more control and last longer than what you were used to years ago.”

After Solis helped me pick out a pair of Butterfly Tenergy rubbers, which propel the ball towards the other side of the table with a super-fast trampolining effect, I’d felt that preparations were coming together.

There was no obvious reason to feel confident, given my age, the long layoff, and the fact I was battling a gnarly chest infection.

But that’s the funny thing about a sport like this. The mind starts playing tricks. Like when a player returns to golf — hit a couple of good shots and you start believing you can turn back the clock.

Physically, I was feeling okay; a chance encounter with 1992 and 1996 table tennis Olympian Jimmy Butler (no, not that one), now a physical therapy expert, helped ensure my tortured Achilles was pain free come game time.

And my age was no excuse, not when 65-year-old Danny Seemiller, one of the best players in the world in the 1970s, was playing a couple of tables over and putting up a heck of a fight before losing on day one.

But as quickly as I started to believe I could go on a run, the run ended. 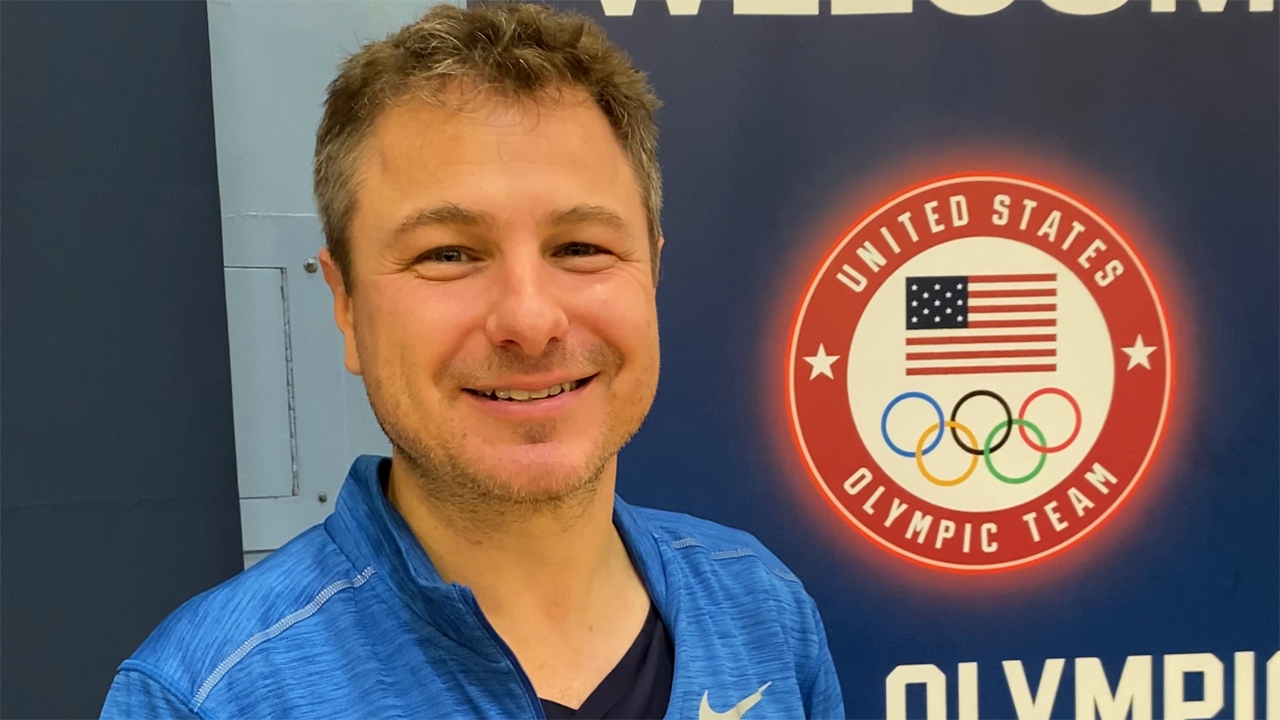 My best friend, three-time Olympian William Henzell of Australia, had kindly broken down some game film of my next opponent, Joseph Cochran of Indiana. Remembering how I used to play years ago, Henzell sent me a message pointing out that, style-wise at least, Cochrane’s game was a decent fit for mine.

In return, I didn’t point out that in my only brief attempt at training last week, I had lost to a 12-year-old.

Against Cochran, I managed to level scores at one game all, before running out of steam, losing to a younger, stronger, fitter, sharper opponent, who went on to win another match in the following round.

Too often, he put the ball where I wasn’t. I was once able to put my serves on a dime, with full control. Now, as the game moved on, they popped too high, or drifted too long. When I got a rare chance to attack, I missed too many to exert the right kind of pressure. When I got things to a competitive and tight point in the fourth and fifth games, he had the extra gear that I didn’t. And my Olympic adventure was over.

When it all shakes out, chances are that none of the hopefuls who tried their hand on Thursday will make it to Tokyo. Even players like former national finalist Samson Dubina and 2012 Olympian Timothy Wang fell on the opening day, as a new generation of hungry contenders seek their own time in the sun.

The top eight seeds enter the fray on Friday. The winner of the event will join U.S. No. 1 Kanak Jha, who gained automatic entry into the Games based on his world ranking, in the singles event at the Olympics.

Whoever gets there will deserve it. They’ll have beaten the best of the best in America and, thanks to the open entry policy, they can say they beat all-comers.

As for me, I’ll get back to writing about sports instead of trying to play them. And what about you? Ever felt like trying out for the Olympics, but didn’t know where to start? Get to training … the next trials are only four years away.